If you’re heading to Austin for any reason (ACL, anyone?), there’s no shortage of amazing places to eat, no matter what you’re in the mood for. You could stay in the city for a month and still not even put a fraction of the deliciousness on offer there into your mouth. But the one thing you cannot miss is the chance to eat from one of these food trucks.

The thing about food trucks in Austin is that they’re very subjective. You can ask 12 different people which one is best, and you will get 12 different answers. The truth is, for me, coming from a city up north, food trucks were never anything special. They were a place to get either a great cheesesteak or a really bad case of the runs, depending on where you went. When I got to Austin and everyone started telling me to go to some quirkily named trailer in some obscure locale, I just chalked it up to the pervasive case of adorable, obnoxious exceptionalism that makes Austin so lovable.

And then I had kimchee fries. Which brings us to: 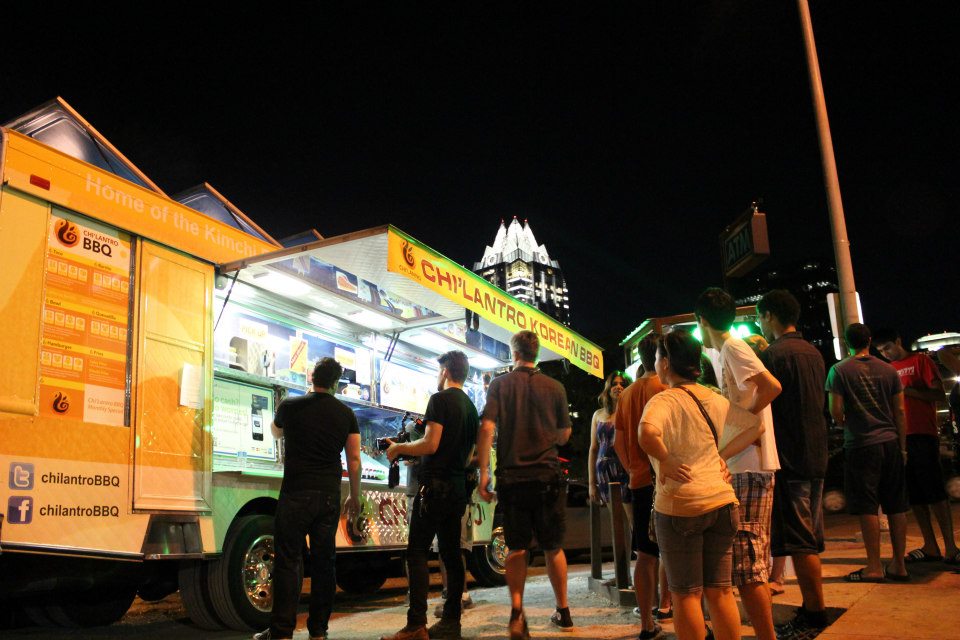 Yeah, I’m putting my favorite first, because I am a grown-up and can do what I want. Also, I know there’s a chance that you Googled “best food trucks in Austin” after having a few drinks and that there’s a possibility you’ll scroll down only to the first one before going off to fight your hangover. Basically everything that comes off of this Korean barbecue-inspired truck is going to make your gullet happy. But if you order the kimchee fries, you will soon have a human motion blur trailing behind you as you walk down Rio Grande, asking you where the Chi’Lantro truck is. 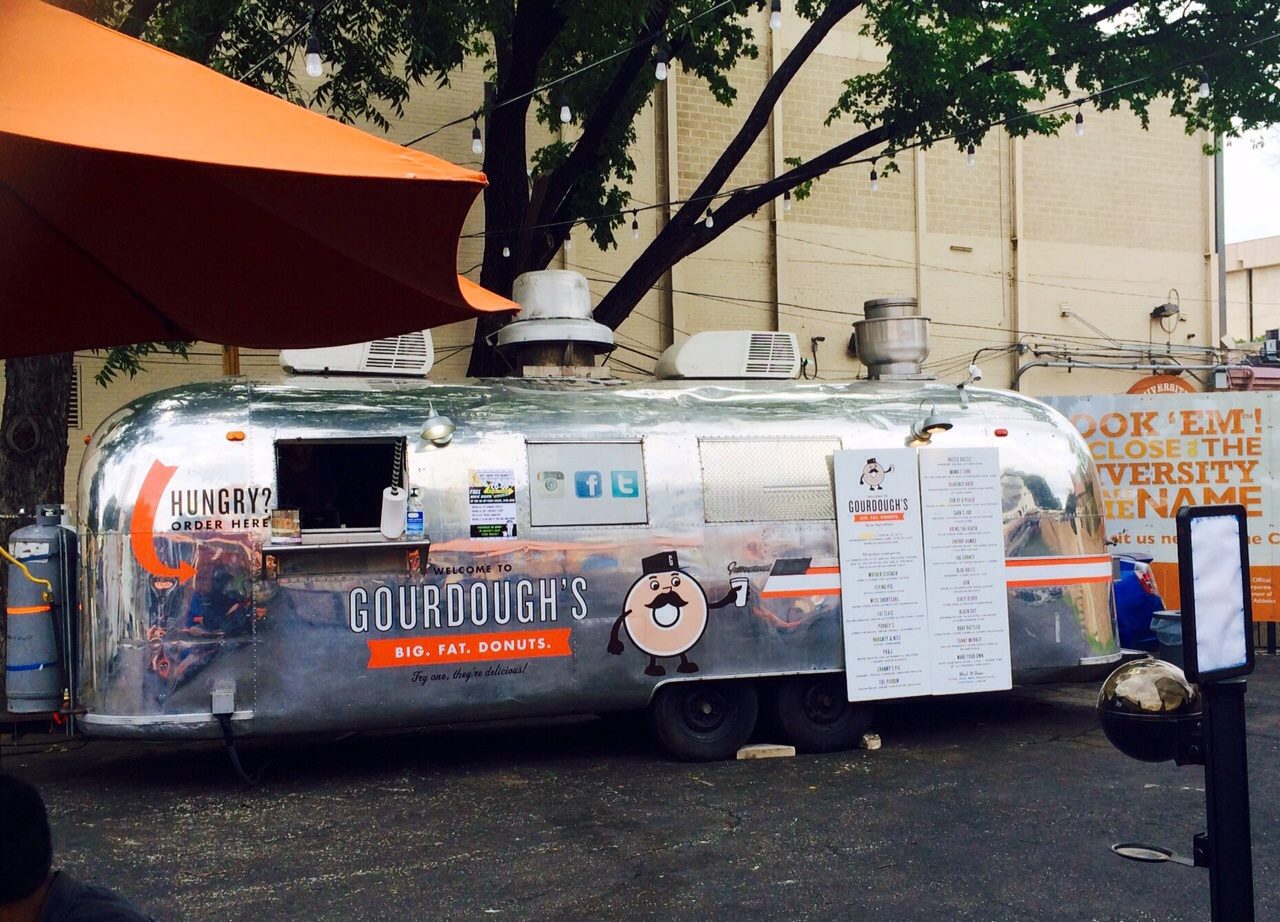 This is a place where you can acquire and enjoy a concoction called The Mother Clucker, which is a doughnut with fried chicken and honey butter on it. I don’t know why you would need more information than that, but if you are in the mood for something sweet instead, you can always go with The Funky Monkey, which features grilled bananas, cream cheese icing and brown sugar. Will you hate yourself afterward? No, because grilled bananas. 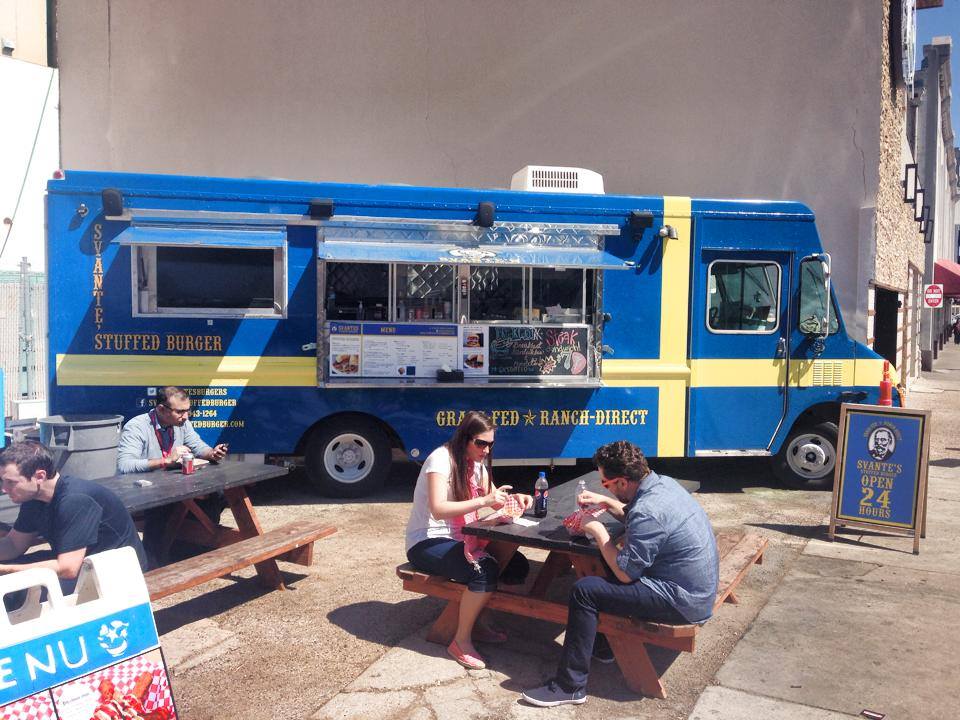 Need protein? Svante’s menu is a delicious amalgam of grass-fed beef and toppings that include bacon-onion jam, jalapeño havarti or chipotle aioli. If you don’t want a burger, get the Space Jam fries. Yes, I have a thing for french fries. Eat some fries from an Austin food truck, and see if you don’t too. 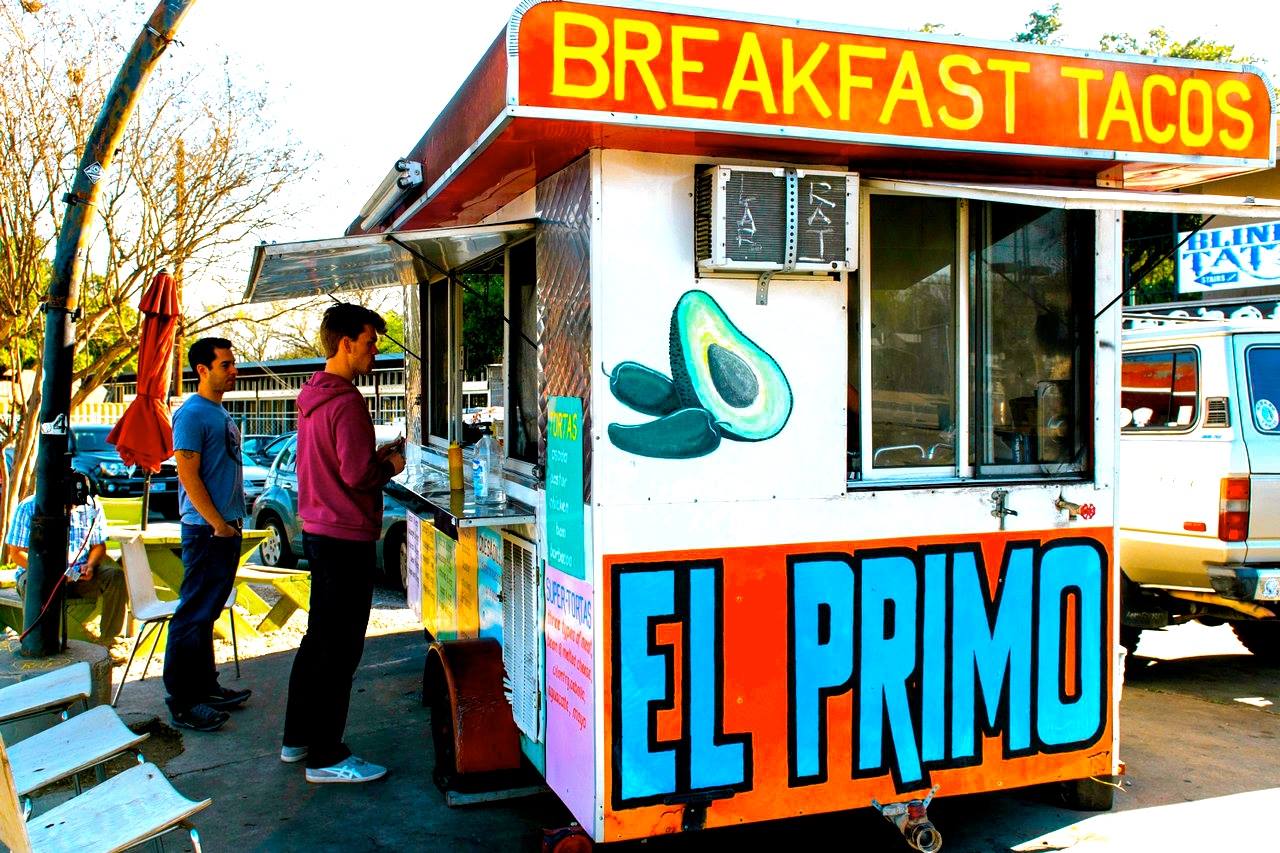 El Primo’s trailer might not look like much, but in the food truck/trailer universe, that’s how you know the food is amazing. Their breakfast tacos, which are, I suspect, made of eggs that have been scrambled by the angels themselves, are a huge favorite. 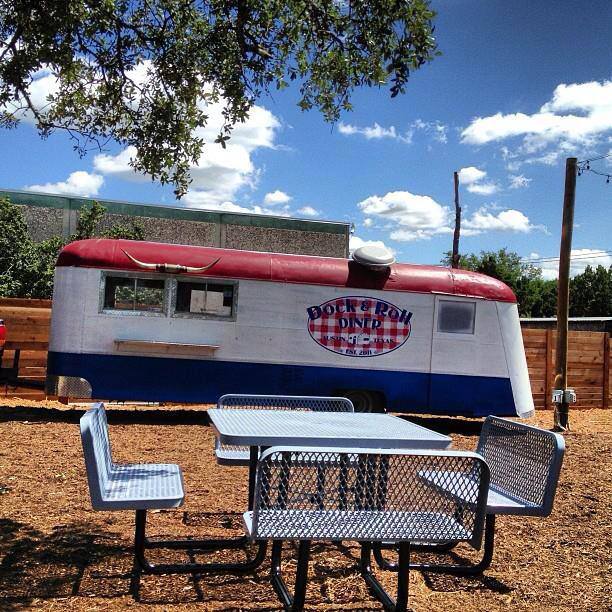 Really need a lobster roll? Dock & Roll is where you want to go. They have a classic Maine Roll and then a bunch of delicious variations on that theme, including the El Fuerte, served with a delicious habanero sauce. Plus, they have homemade chips that could almost cause a person to cheat on french fries. Almost.

More: 15 Food trucks with names as good as the food they serve 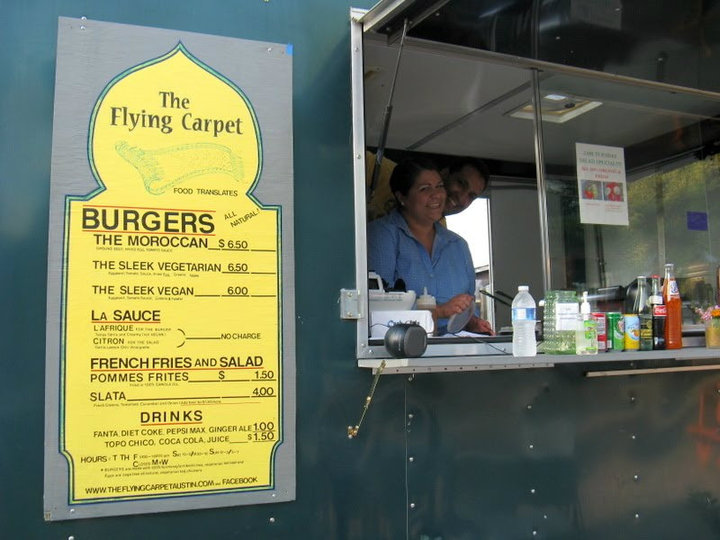 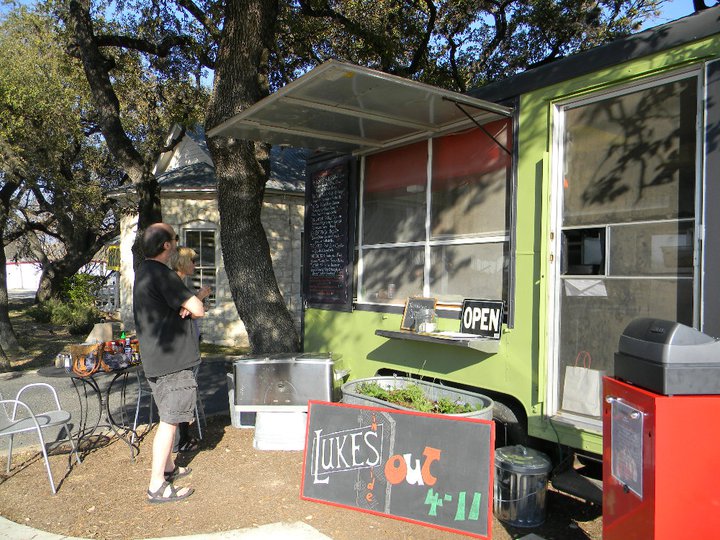 This tiny green trailer sits right next to Gibson Bar, which makes it really easy to soak up the night’s fun with yummy puffy tacos or a crusty French-inspired sandwich. Or you can skip the nighttime feast and hit up its brunch buffets on Sundays. 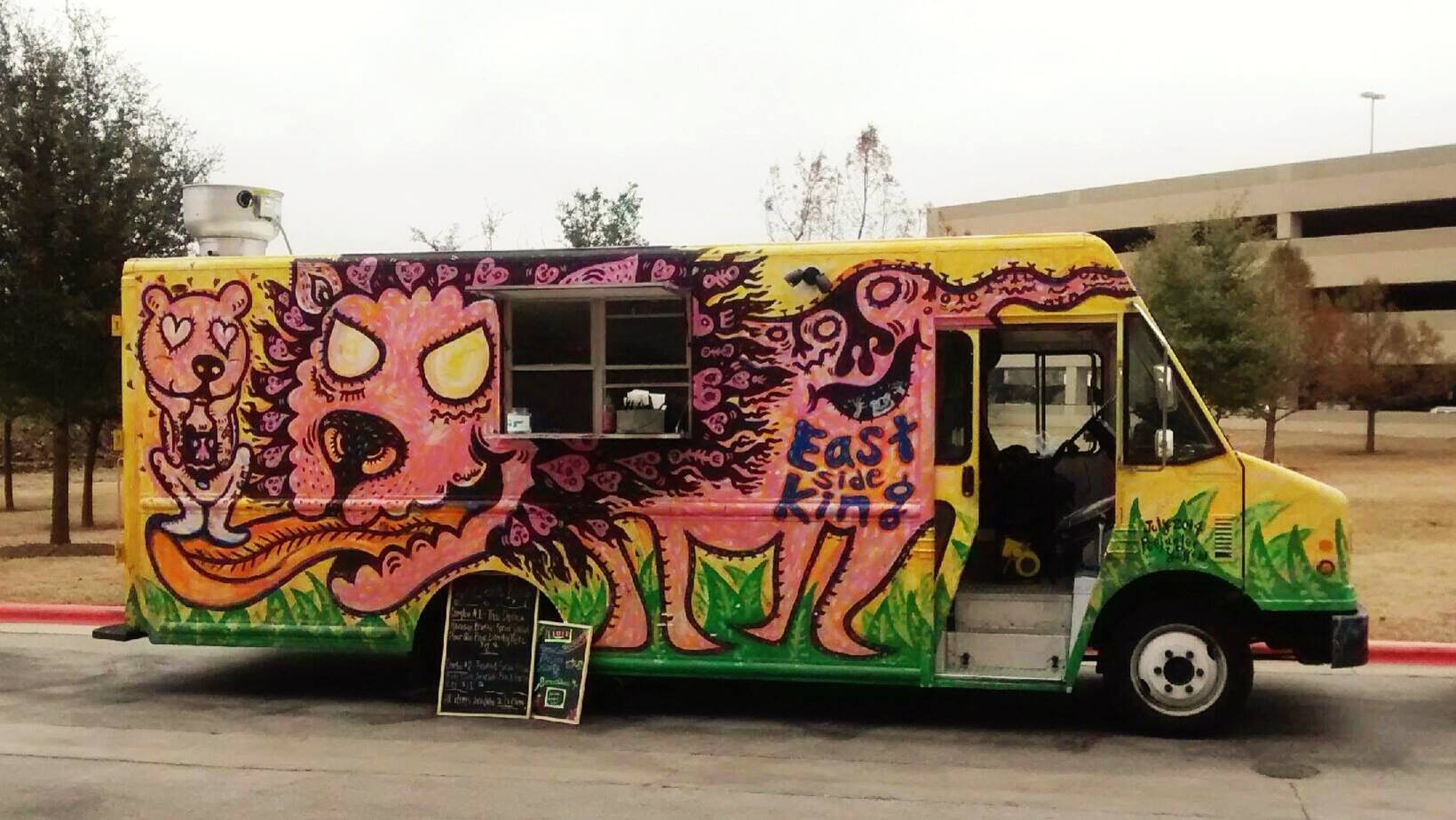 How does Sopporo Beer Bacon Miso Ramen sound? The only real answer here is, “delicious.” You can get yours at East Side King, which sells amazing Asian-inspired eats out of multiple psychedelically decorated trailers and a few in-bar spots. 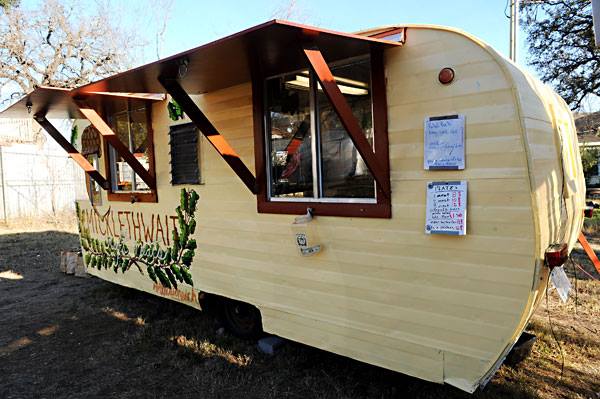 Meat. If Texas does one thing right, it’s definitely meat. I might be biased, but I think Austin does Texas meat best, and Micklethwaite Craft Meats is the best in Austin: everything from beef ribs to the best brisket in town (sorry, Franklin’s). Go. Get some meat. Get some beer. You won’t regret it. 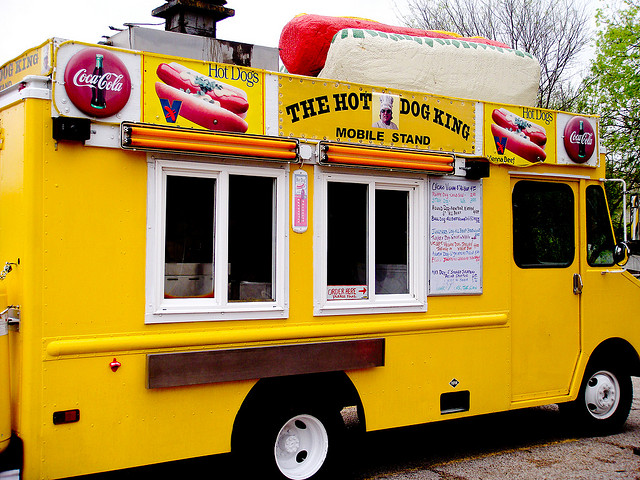 This is my husband’s choice, and he’s admittedly kind of a plebeian. But even so, if you find yourself on 6th Street with an assured hangover on the horizon, there really is no better preventative action you can take than what’s on offer at The Hot Dog King. I don’t even like hot dogs, and I’ll eat there. 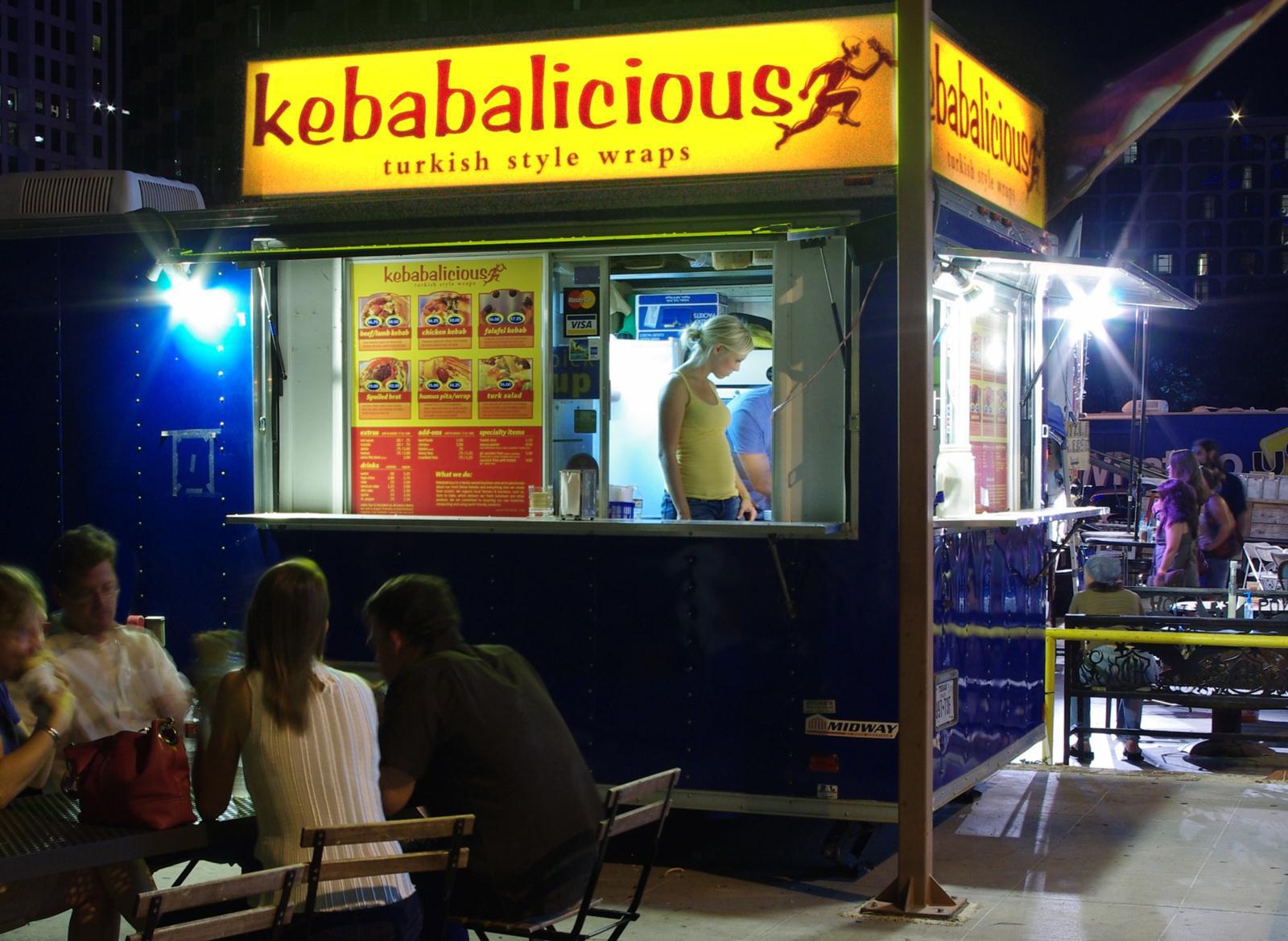 Ever just really, really want some Turkish food? No? What’s wrong with you? Eat at Kebabalicious, and you’ll be craving it often enough. You’ll at least start craving Kebabalicious’ Kabaam sauce, a spicy poblano and avocado cream sauce. 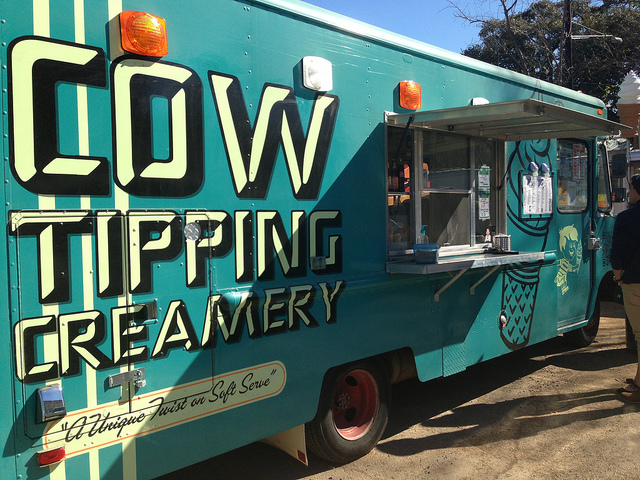 We could never forget about dessert. In the great Blue Bell famine of 2015, there was one oasis in a desert of subpar ice cream, and that’s the Cow Tipping Creamery. They have amazing soft serve, too many choices of delicious sundae options and a milkshake that has beer in it.