Fast-food joints can be pretty clever with their concoctions (that’s nothing new). But some people have taken it too far. But no matter how crazy you think the items on this list are, admit it — you’ve totally made fun of the commercial and then ordered one anyway (to secretly eat in your car).

Tim Hortons, known for good-quality coffee and morning pastries in addition to sandwiches, may have taken things a bit too far when it introduced this Buffalo wing-inspired glazed doughnut topped with kettle chips and Buffalo sauce at the New York State Fair in 2014.

We were all on board when Domino’s India’s menu said “jalapeño three-bean patty.” Our mouths watered when they smothered it in creamy and spicy smoked pepper dressing. We giggled when they said the green bell peppers they put on it were “exotic.” We smashed our heads against our desks when they smashed that healthy vegetarian goodness between buttery, triangle-shaped pizza dough “buns.” Americans are clearly a bad influence on our international friends. But don’t tell them; that will only make them want to hang out with us more. 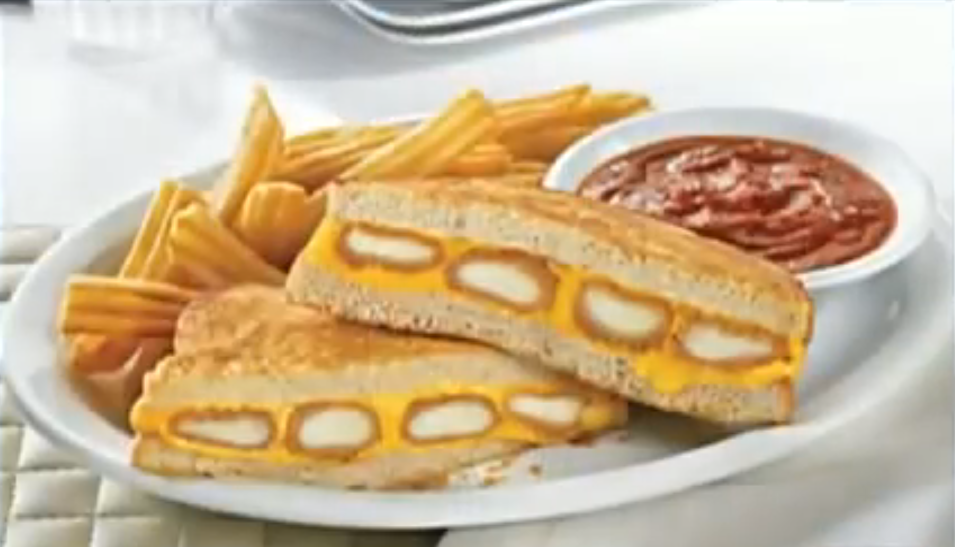 We’re the inventor of the grilled cheese, and dammit, this is ‘Merica! We will squeeze every last calorie out of anything on the menu because we will not be outdone. 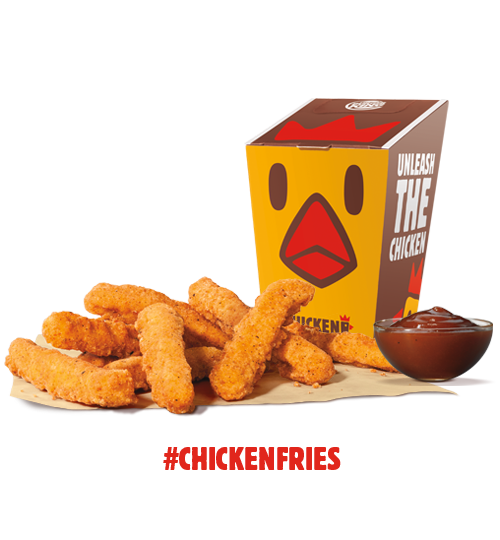 Is it a meal or a side? This dual-personalitied chicken, uh, food stuff was, believe it or not, brought back by popular demand — as advertised by a campaign that is somehow, someway not the creepiest one in BK’s lineup.

Because sometimes all that bread protecting your hand from greasy fried chicken sandwiches just gets in the way, KFC decided to opt for a sandwich of bacon, two kinds of melted cheese and secret sauce smashed between two boneless chicken fillets. 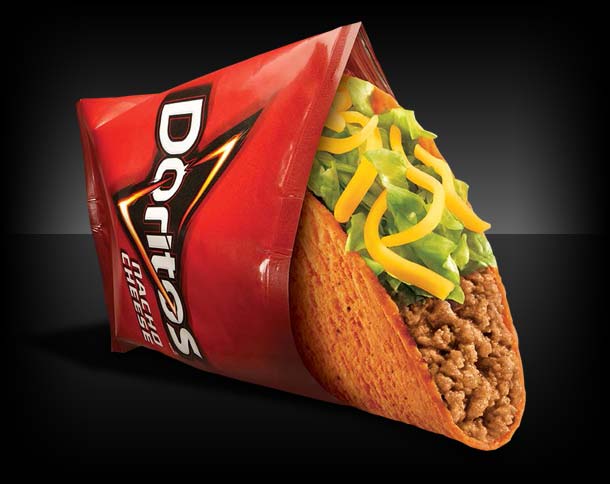 Tacos just weren’t flavorful enough for the folks at Taco Bell, so they put all the same ingredients into a Doritos-flavored shell. As if that’s not weird enough, for some reason, they didn’t release Doritos nachos. 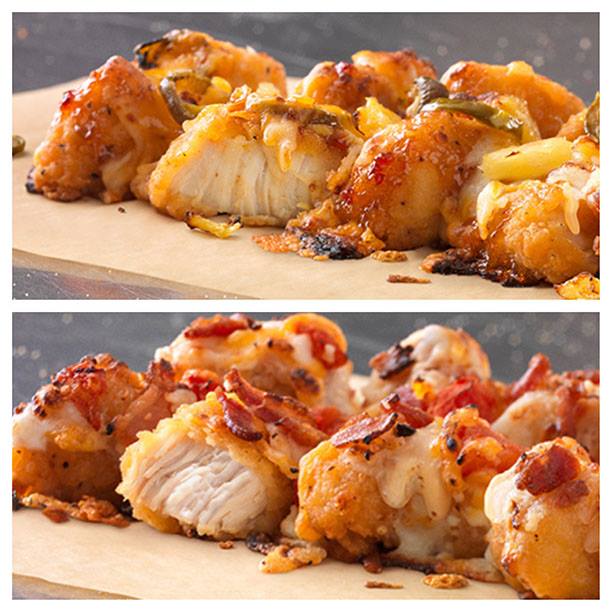 Smothered chicken is nothing new, but chicken nuggets you can’t pick up with your fingers sorta defeats the purpose. 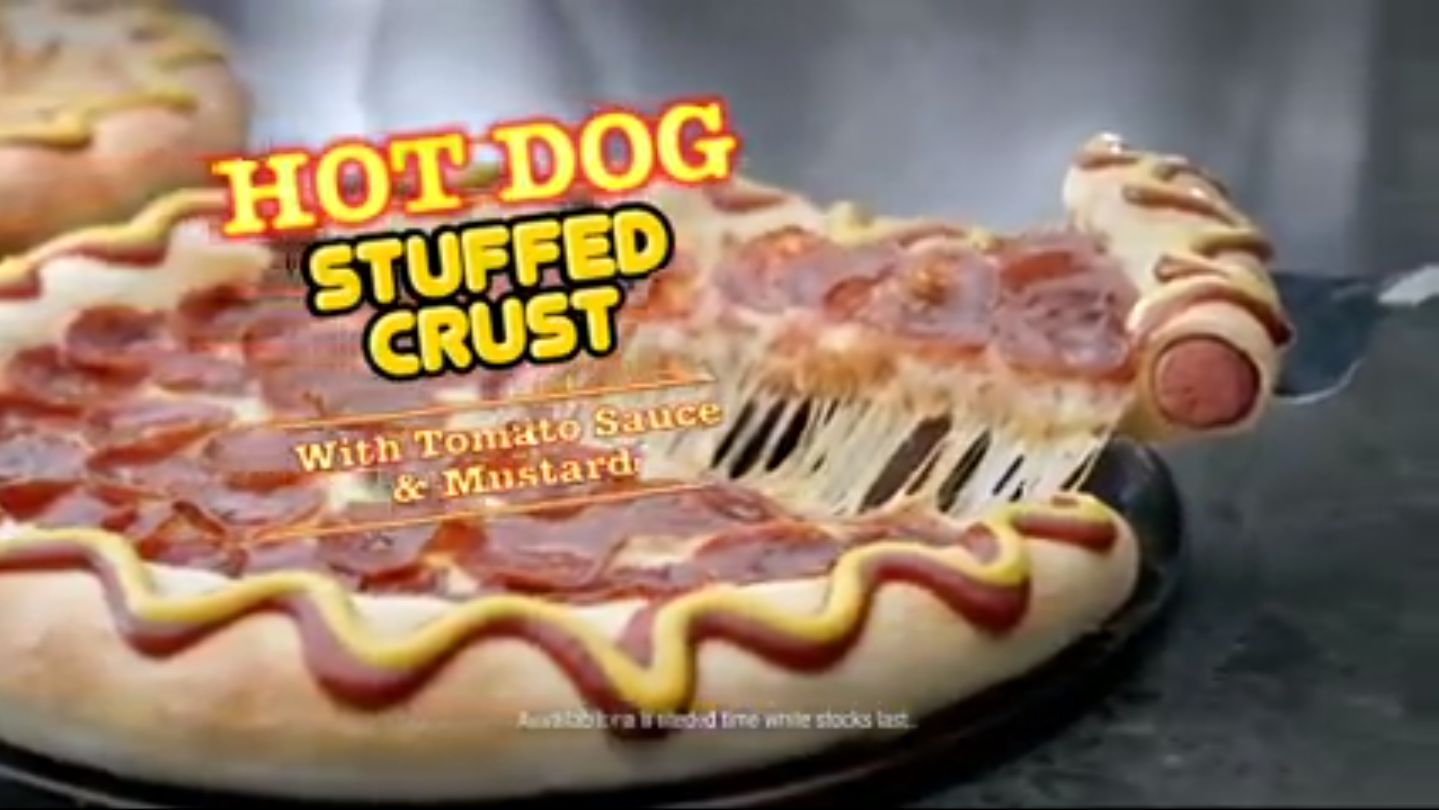 Not to be outdone by its biggest competitors, Pizza Hut recently introduced pizza with a crust stuffed with hot dogs. The Australian version (pictured above) looks slightly different, but I guess if you can’t decide between pizza and pigs in a blanket, this is the ‘za for you.

Chips on a sandwich isn’t exactly novel, but we’re not sure why they make an appearance on a sandwich made to taste like chicken enchiladas or why Subway needs to get into Tex-Mex.