There’s nothing more American than pizza — except when you consider the fact that pizza didn’t even originate in the U.S. and that it’s enjoyed in dozens of deliciously different ways around the world.

But first, back to where it all began: People care a lot about the history of pizza. Carol Helstosky, associate professor of history at the University of Denver, even wrote a book about it, entitled Pizza: A Global History. According to Helstosky, the ever-popular pizza pie first came about as a food for the poor in 18th century Naples because it could be made cheaply and eaten quickly. Earlier pizza concepts date as far back as the ancient Middle East.

Pizza made its way over to America with Italian immigrants in the 20th century, where it became an all-American staple along with burgers and fries. A few centuries later, and Chicago, New York, San Francisco and Orlando rank among the nation’s top cities for the best pizza. 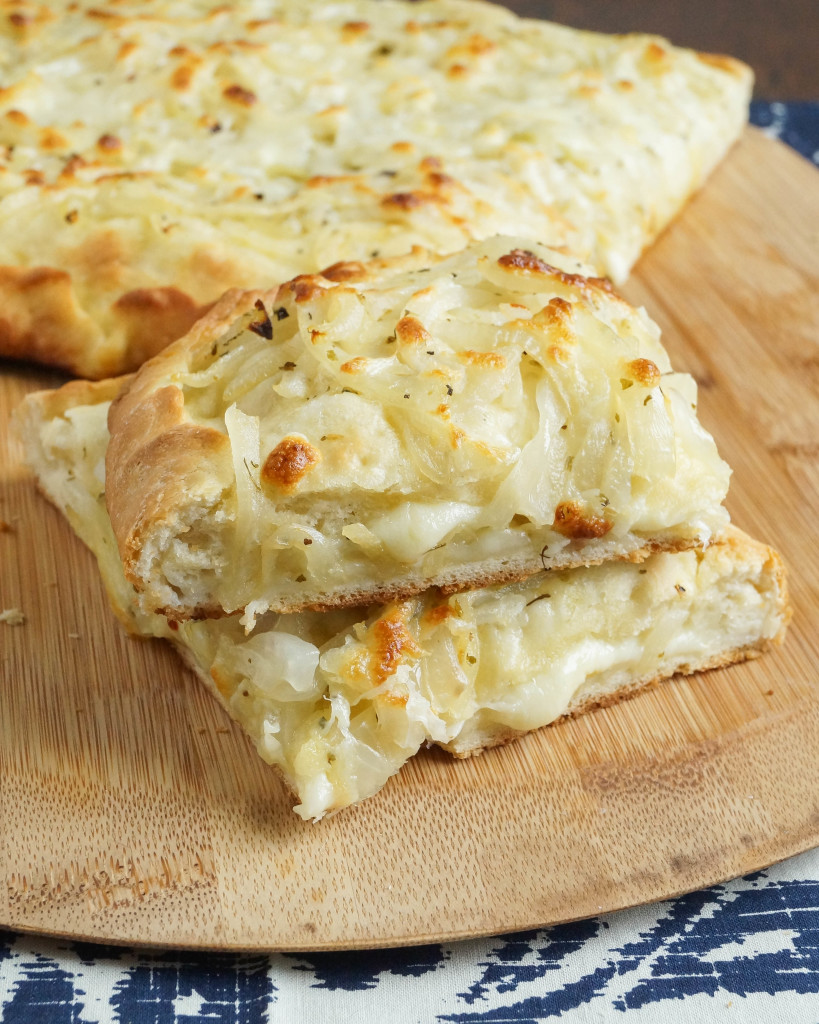 When in Argentina, don’t make the mistake of ordering “pizza” — order “fugazza,” Argentinian-style pizza, so you can look like you’re in the know. Fugazza is traditional Argentinian pizza topped with sweet onions, and fugazzeta is the double-crust version, stuffed with mozzarella and sprinkled with sweet onions on top. Try them both if you can’t choose one. 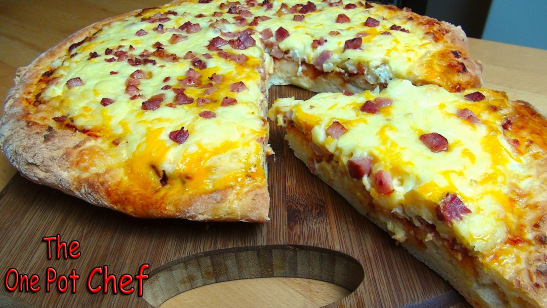 Image: The One Pot Chef

The land Down Under is always known for doing things a little differently. This time, it’s the ultimate breakfast pizza hack, which Aussies happily enjoy any time of day or night. In honor of Australia Day on Jan. 26, The One Pot Chef whipped up her version of the classic Australian pizza pie, made with sauce, fried bacon, farm-fresh eggs and cheese. 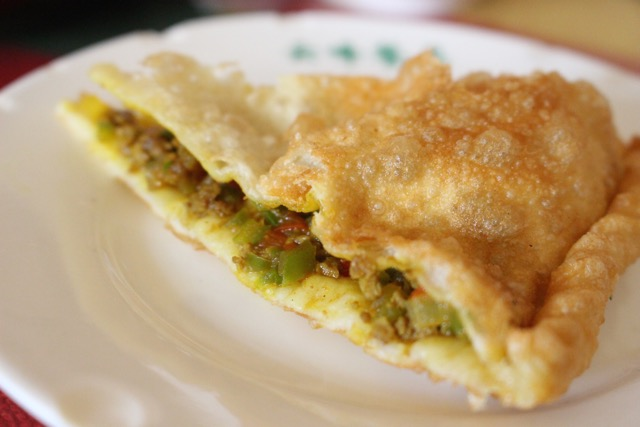 If you’ve ever wondered what pizza is like on the other side of the world, just ask an American expat living in China. According to Monica Weintraub of Wok Like Me, Chinese-style pizza is where it’s at. She explains, “In southern China, like Yunnan province and even Inner Mongolia, it depends how you look at it. Some people call it a meat pie, some call it a pizza, as they are prepared differently based on where you go. This is a yak, onion and pepper ‘pizza’ from Shangri-La, Yunnan. In the north of China, it’s very similar but made with lamb instead of yak.” 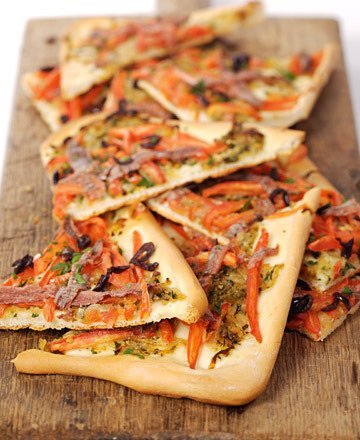 No matter what you’ve seen on TV, fine French food is about more than crepes, baguettes and fragrant cheese. The French also know how to make pizza in the typical French fashion — by reinventing the pizza “wheel” in a way that is both delicious and unique. The mouthwatering pissaladière is the French version of pizza from Provence, customarily topped with anchovies, caramelized onions and black niçoise olives. 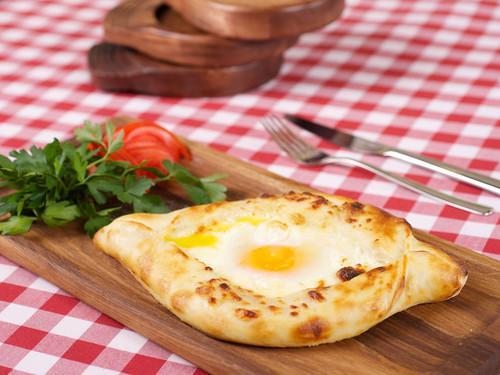 If you ever find yourself in need of a good meal in Eastern Europe, ask a Georgian to point you in the direction of the nearest pizza shop. Khachapuri, a traditional Georgian favorite, is nothing like the pizza you’ll find back home. Khachapuri is described as a cross between a calzone and an egg sandwich, made from cheese-stuffed dough with a cooked egg on top. Hold the tomato sauce, please. 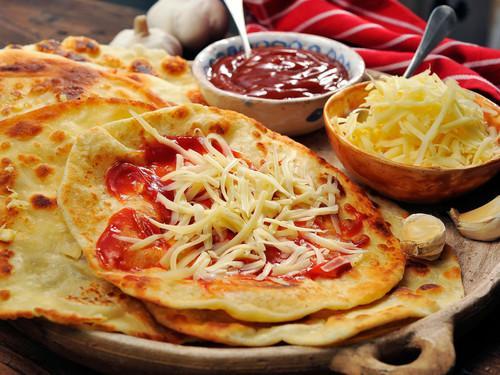 “Langos” is a word you’re going to want to remember the next time you’re hungry in Hungary (yuk yuk yuk). This Hungarian pizza variation looks like an American thin-crust, but that’s where the similarities end. Once you taste the delicately deep-fried flatbread topped with meat, sour cream or garlic butter, you’ll understand why this street food is so popular in Hungary, Slovakia and the Czech Republic. 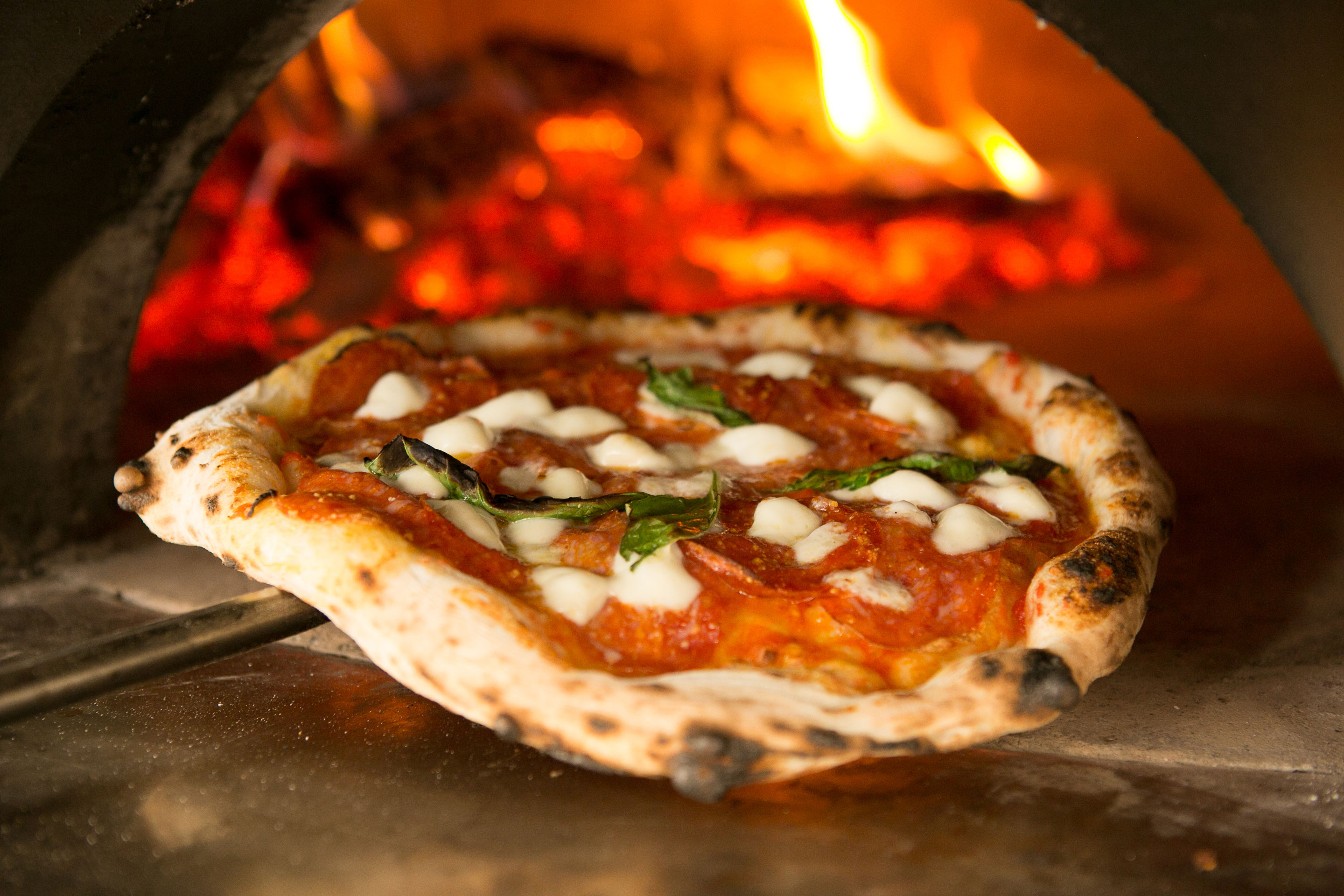 Ah, the homeland of the pizza, where you can expect nothing less than perfection. And Italy certainly doesn’t disappoint. There are plenty of Italian pizza styles throughout the country, but one of the tastiest is arguably the Neapolitan-style pizza, hailing from Naples, where pizza was invented by the Italians almost 300 years ago. “Over the centuries, Neapolitan pizza has become an institution. Since 1998, its ingredients and method of preparation are protected by the Italian legislation,” says Amit Kleinberger, CEO of MidiCi The Neapolitan Pizza Company.

He continues, “Bringing a taste of Italy to the states, at MidiCi, our dough is only four fine ingredients: non-GMO double zero Neapolitan flour, water, sea salt and yeast. The sauce is supernatural — only one pure ingredient: non-GMO crushed Italian peeled tomatoes. No oils, no sugars. Our cheeses are fine Italian cheeses made from high-quality milks, and the mozzarella di bufala is also known as ‘white gold’ for its premium quality and taste. Ninety seconds in our wood-fired ovens at close to 1,000 degrees bakes it to perfection. Neapolitan pizza is magic.” 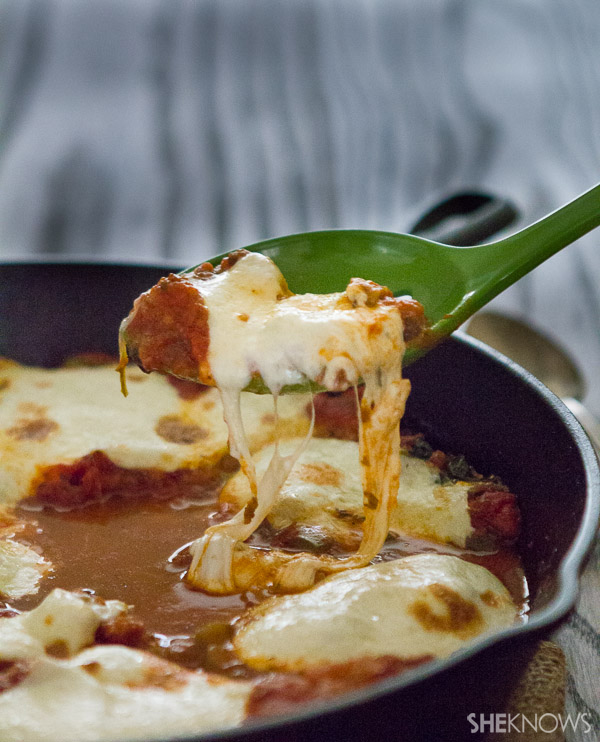 All you low-carbers out there are going to love the Korean version of the classic pizza, made without dough and topped with a ridiculous amount of cheese. Spooning pizza is Korean pizza without the pizza crust — bringing you straight to that sweet spot where baked sausage, bell peppers, mushrooms, spinach, garlic, mozzarella and marinara meet. 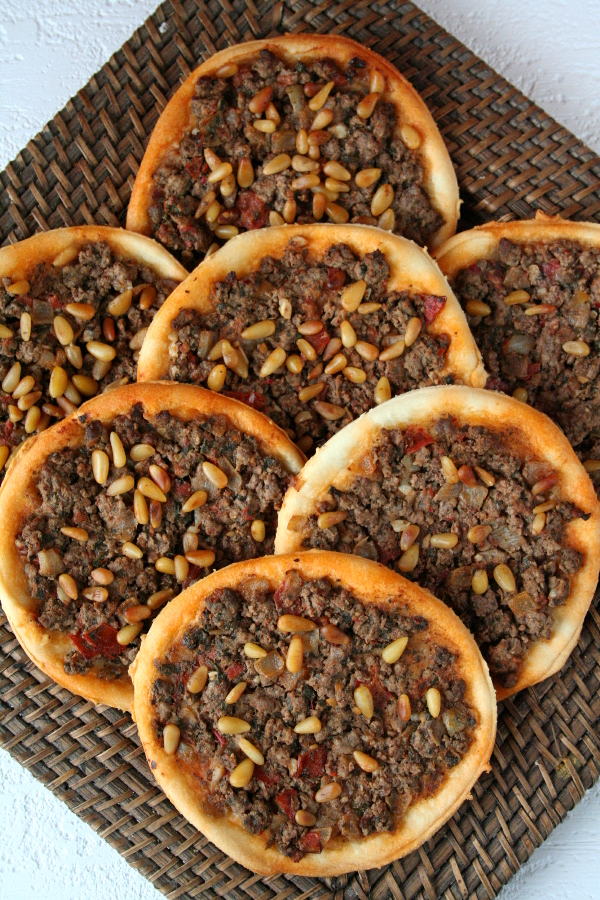 Lebanon may be a small country at only 4,000 square miles, but what it lacks in size it makes up for in big flavor. One Lebanese favorite that rivals iconic American pizza is “lahm bi ajin.” The small but mighty “Arab pizza,” made with dough and lamb and spice filling, dates back to the 15th century. 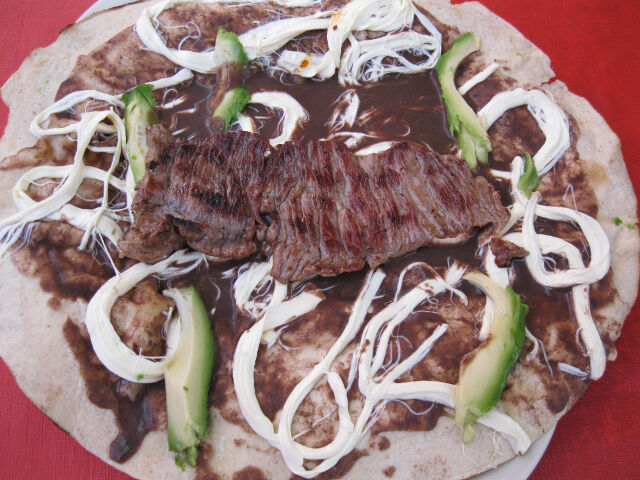 Forget everything you know about the so-called (Americanized) Mexican pizza you’ve seen circulating on Pinterest. A truly authentic Mexican pizza requires a trip deep into the heart of Mexico — where you might find the tlayuda, served as Oaxaca’s open-faced, grilled “pizza” with strip steak, beans, cheese and avocado on top. 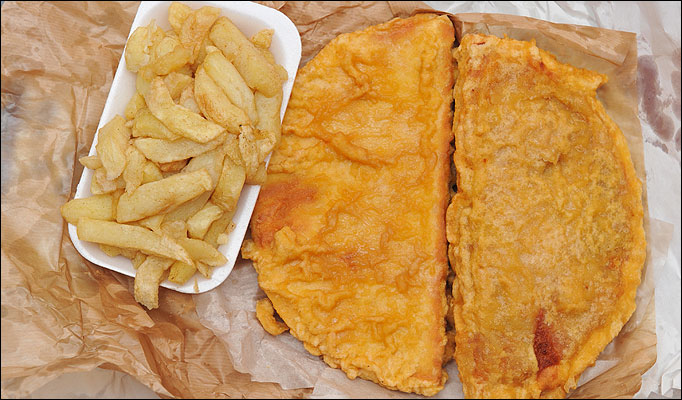 Once you’ve sampled Scotland’s best-kept secret — aka deep-fried Scottish pizza — you might never go back to the plain American slice again. Pizza in Scotland is kind of a big deal, and for good reason. Besides traditional fish-and-chips at chip shops, you can enjoy Scottish pizza one of two ways: fried and battered as “fried pizza crunch,” or fried without batter as “fried pizza.” Pro tip: There is no wrong choice when you’re eating fried pizza. 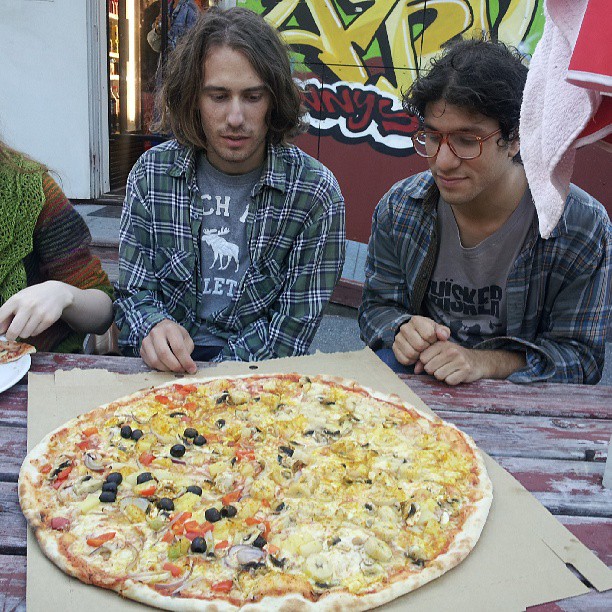 Image: Harry and the Potters

Let’s just say we saved the weirdest (and maybe the most wonderful) pizza for last. In Sweden, predictable pepperoni is out, and bananas and curry are in. As horrifying as it sounds, banana and curry flavors work well together atop freshly baked dough in a traditional Swedish pizza recipe. If you’re not one for bananas, not to worry — the Swedes aren’t picky. On a Swedish pizza menu, you’re likely to find more than a few curveball toppings, like shrimp, kebab meat and even Camembert cheese.