Japan’s Cupnoodles Museum debuted soy sauce and curry ramen-flavored ice cream last week to celebrate its four millionth visitor. Since I wasn’t in a position to board a plane to Yokohama, I thought I’d give this unique treat a try at home. The results surprised me… 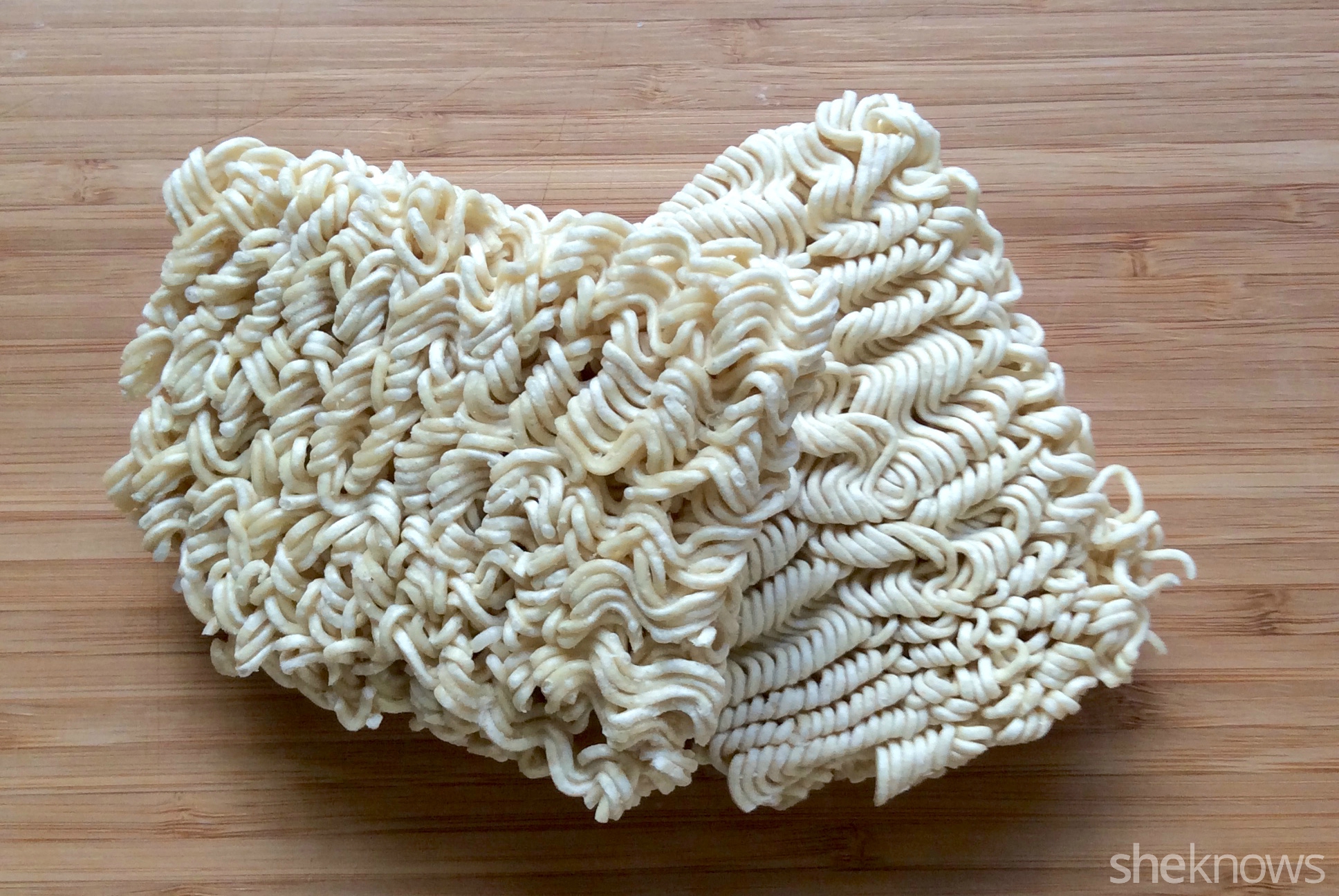 First, a disclaimer: There might not actually be ramen noodles in the ramen-flavored ice cream the museum is serving. I’m not entirely sure, and my research on the topic didn’t unearth any clues. But to me, if you’re going to call something ramen flavored, there should be ramen in it. Right? Right. 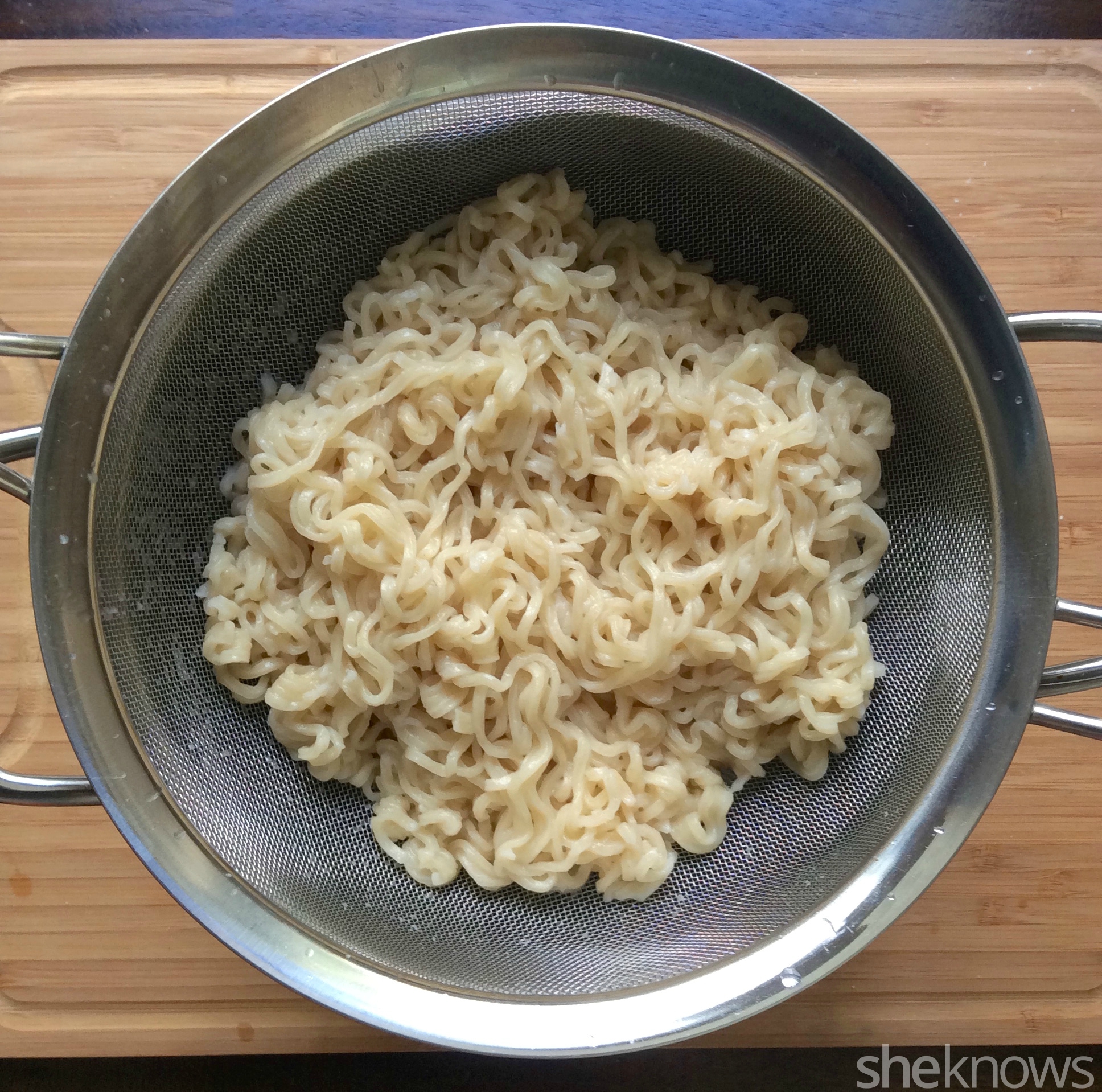 On my first attempt, I over-ramened in a big way. Two packages of noodles later my mixture was thick, chunky and looked like tapioca pudding. After a spin in the ice cream maker, and an overnight freeze, my final product resembled cement. There was no way an ice cream scoop was getting through it, even after hanging out on the counter for an hour. Good thing ramen costs 25 cents a package…

This is what too much ramen in your mixture looks like: 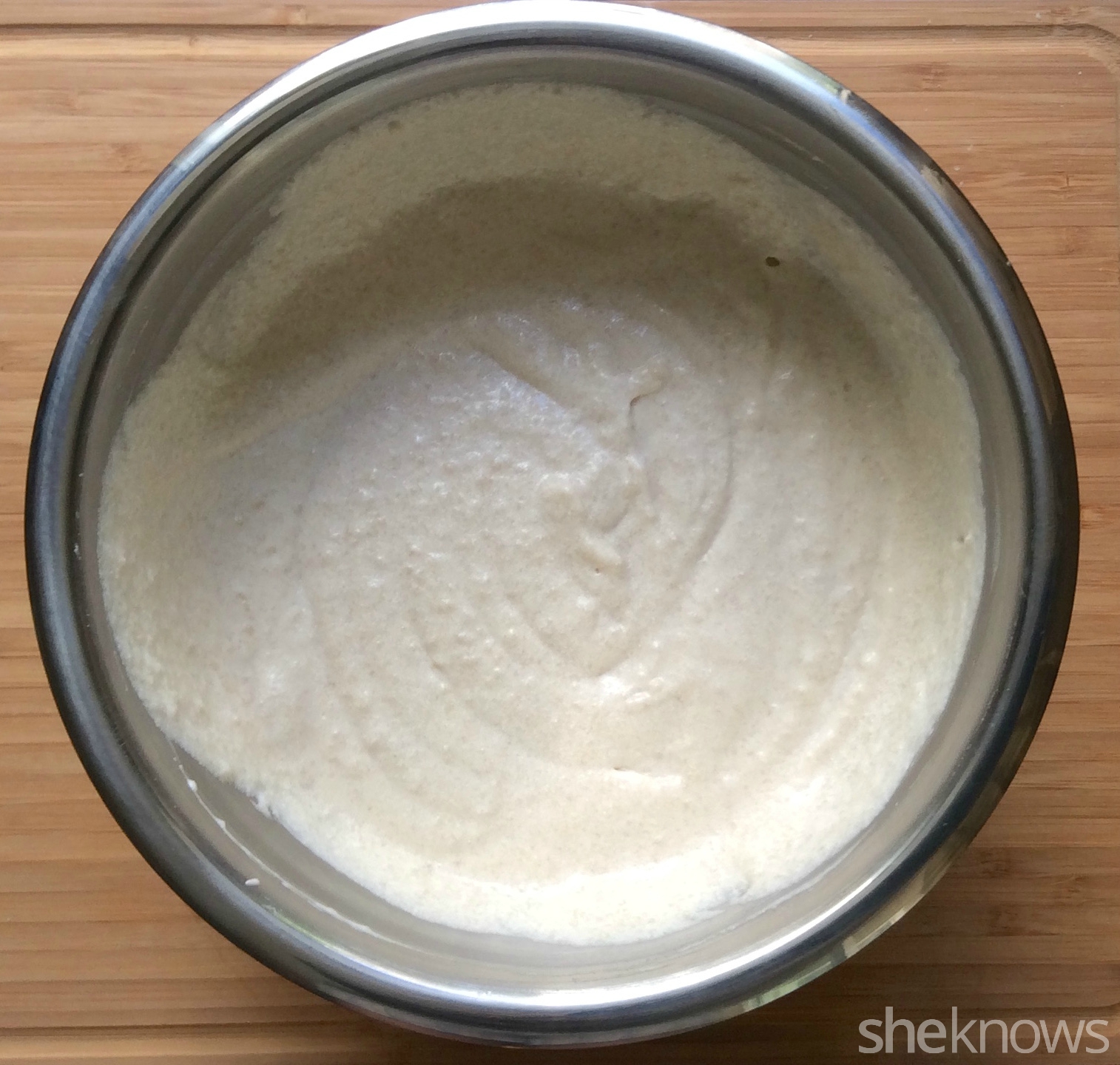 On attempt number two, with the ramen significantly scaled back and some other ingredient tweaks, the mixture was tasting pretty darn good going into the ice cream maker. Bonus points for its liquidity. Things were looking up.

Less is more when it comes to ramen noodles in an ice cream mixture: 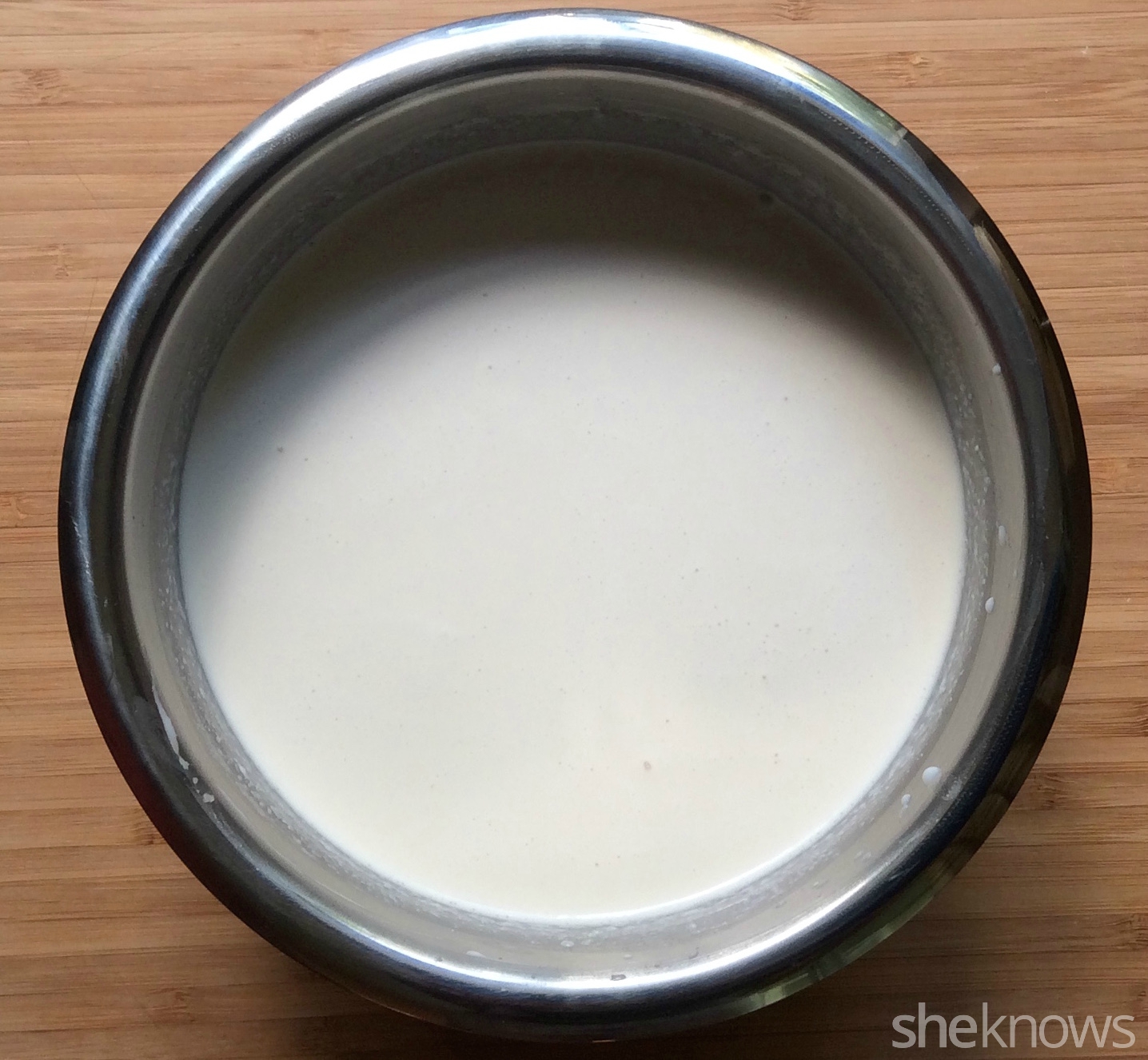 With fingers crossed (ramen might be cheap, but heavy cream sure isn’t), I pulled the second batch out of the freezer and tentatively poked at it. It was a little harder than custard-based ice cream, even a little crumbly until it softened enough, but that was to be expected. At least it wasn’t spoon-bending cement. Overall, a success so far. But how did it taste? 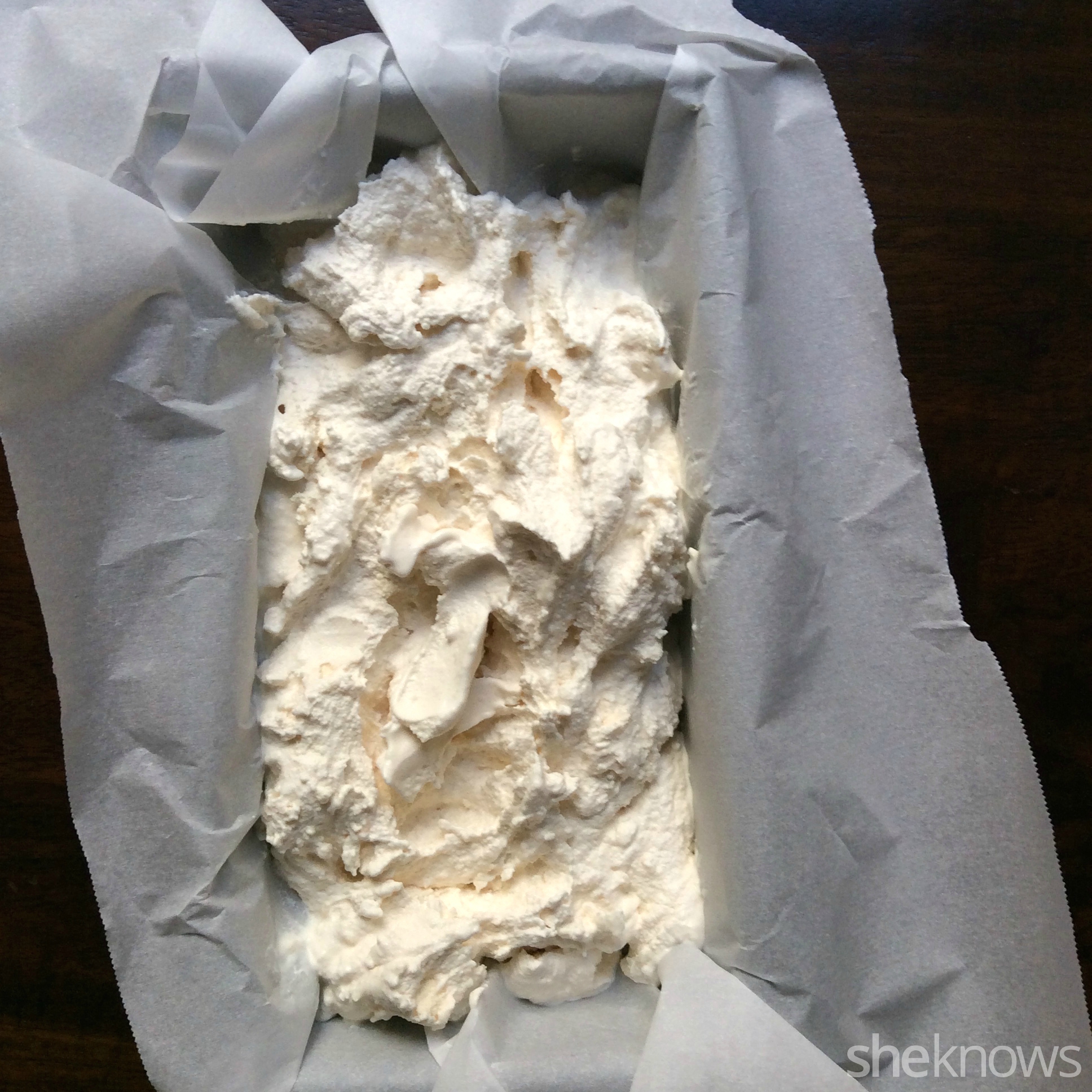 I’ll admit it… I was prepared to really dislike ramen ice cream. Sure, a bowl of instant beef ramen after a few glasses of wine is super-delicious, but in the sober light of day, I was unsure that ramen combined with dairy and sugar would yield equally tasty results. But it’s actually not bad. More than not bad, it’s actually kind of good (in that weird way that anything in ice cream form tastes good). The sugar-soy sauce combination tastes vaguely of caramel, and don’t forget the MSG in the ramen noodles. MSG makes everything taste better. 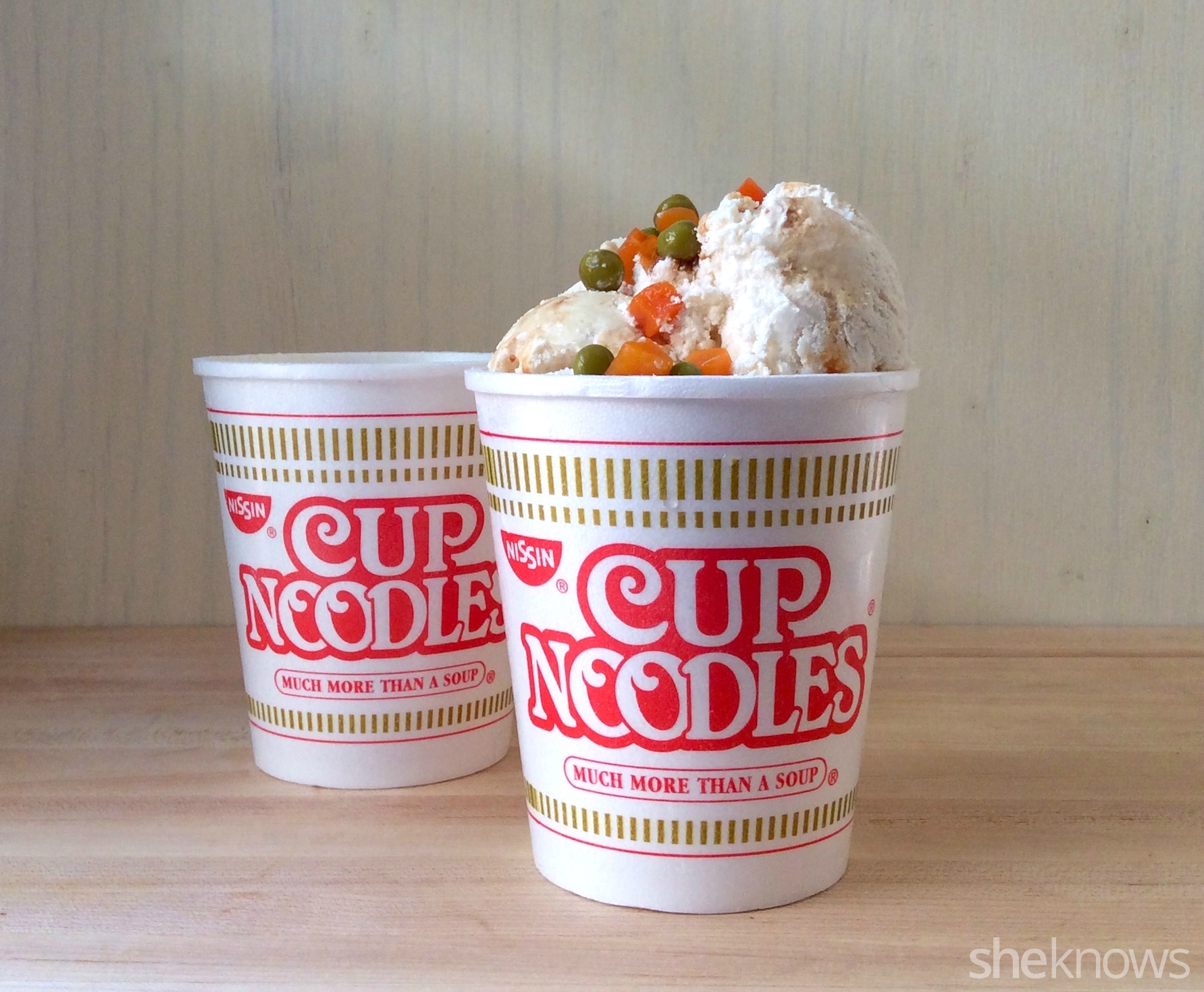 Where I have to draw the line though is the veggie topping. The Cupnoodles Museum’s ice cream comes complete with all the standard toppings you’d find in your instant noodles. Peas, carrots, even shrimp. For authenticity, I added some cooked peas and carrots (I couldn’t bring myself to try the shrimp), and that gets a huge “no” vote from me. Ramen ice cream, yes. Veggies on top, no thank you. 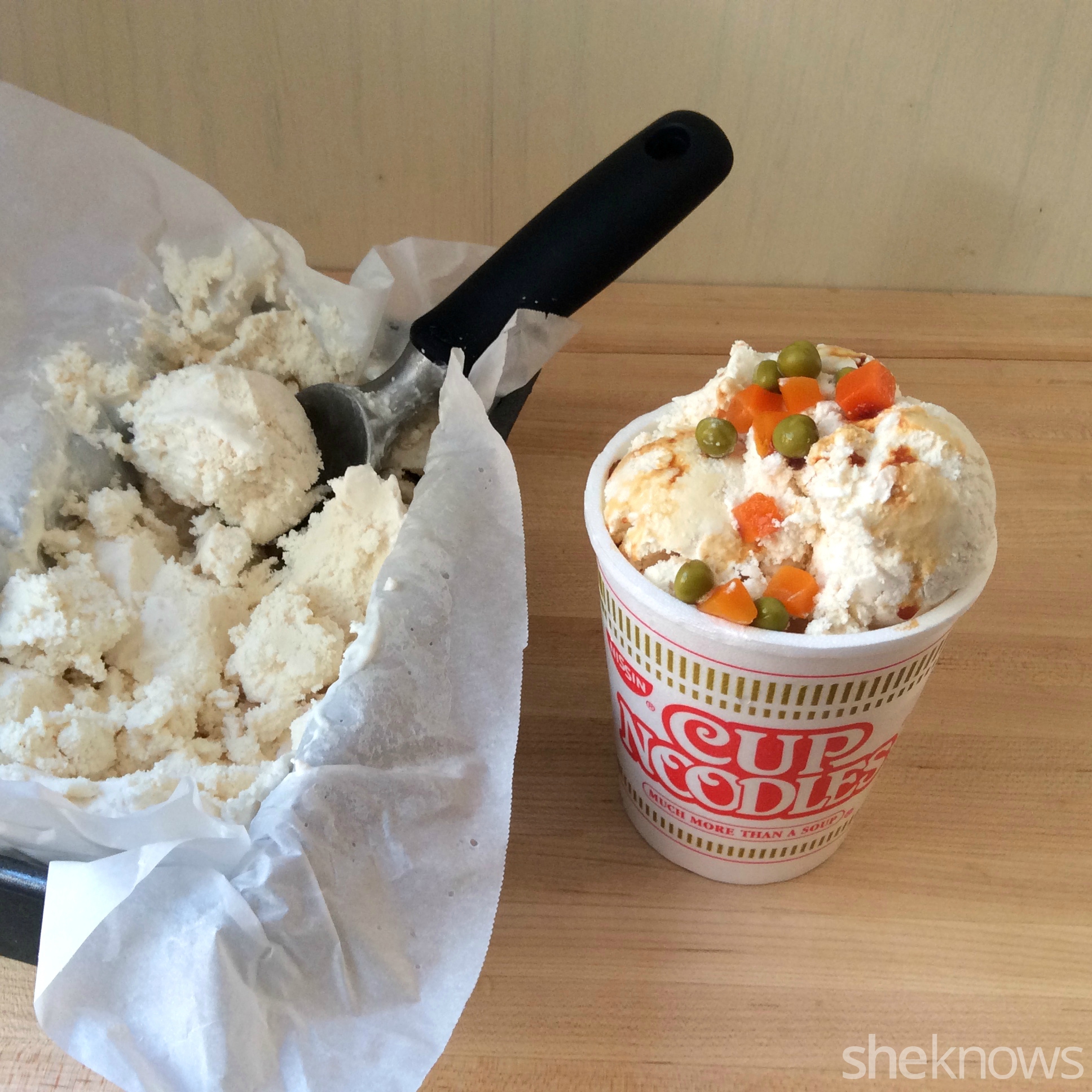 Would I make ramen ice cream on the regular? Probably not. I’m more of a ramen soup kind of girl. But it was an interesting experiment that ended not nearly as tragically as I expected.