There’s that moment when you decide to go low carb and suddenly realize how hard it’s going to be: Giving up your pasta may sound like the ultimate sacrifice, until you see how many delicious spaghetti alternatives there are to choose from.

Related story If Your Trader Joe's Is Sold Out of the Famous Butternut Squash Mac & Cheese, Here's How to Make it at Home

I’ve been eating low carb (in a clean-eating, Paleo kind of way) for about two years. I’m getting to the point where my body has adjusted, and I don’t have as many uncontrollable carb cravings as I used to. But there’s only so much kale you can eat before you want to bang your head against a wall.

There has got to be a better way — and there is.

I’ve learned the hard way that the only way to successfully stick to a healthy diet is by being creative (and by cheating in moderation). If a single tear rolls down your cheek every time you drive past an Italian restaurant, not to fear. Dieting isn’t all about deprivation. Pasta may be off the table, but these tasty spaghetti swaps can almost help you forget you’re playing the low-carb game.

Here’s all the proof you need that you can have your spaghetti and eat it too: 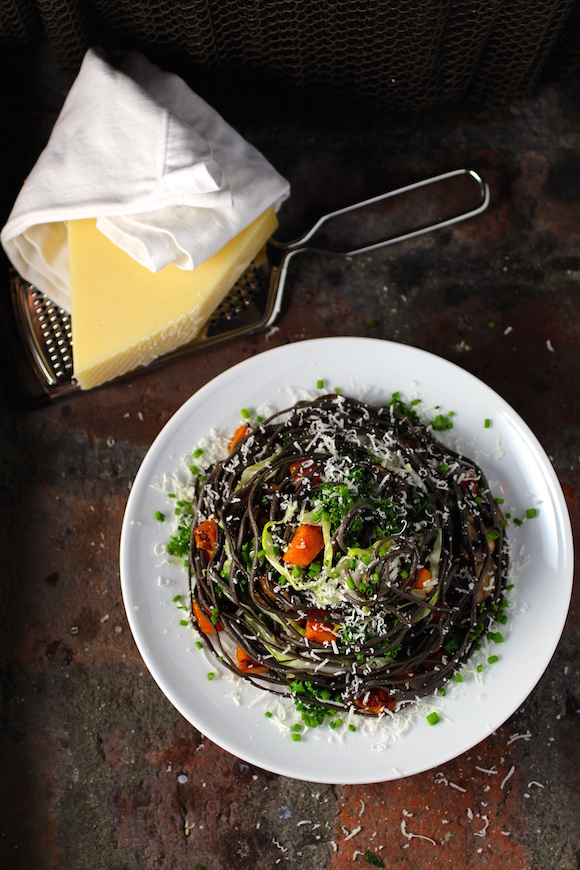 Image: Taste with the Eyes

Black bean pasta is the ultra-convenient, uber-delicious, gluten-free, low-carb dish you’ve been waiting for (try saying that three times fast). You can buy packaged black bean spaghetti at Whole Foods and dress it up with some garlic, soy sauce, fish sauce and brown sugar when you get home. 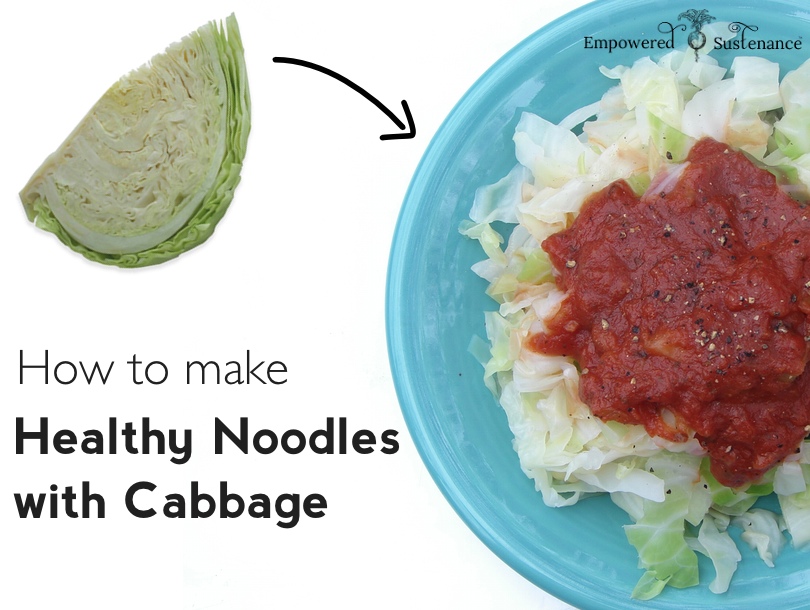 This pasta variation may sound strange, but hear me out. Not only is cabbage a deliciously crunchy cruciferous vegetable loaded with detoxifying antioxidants, but it makes for a great grain-free pasta sub if you’re handy with a kitchen knife. 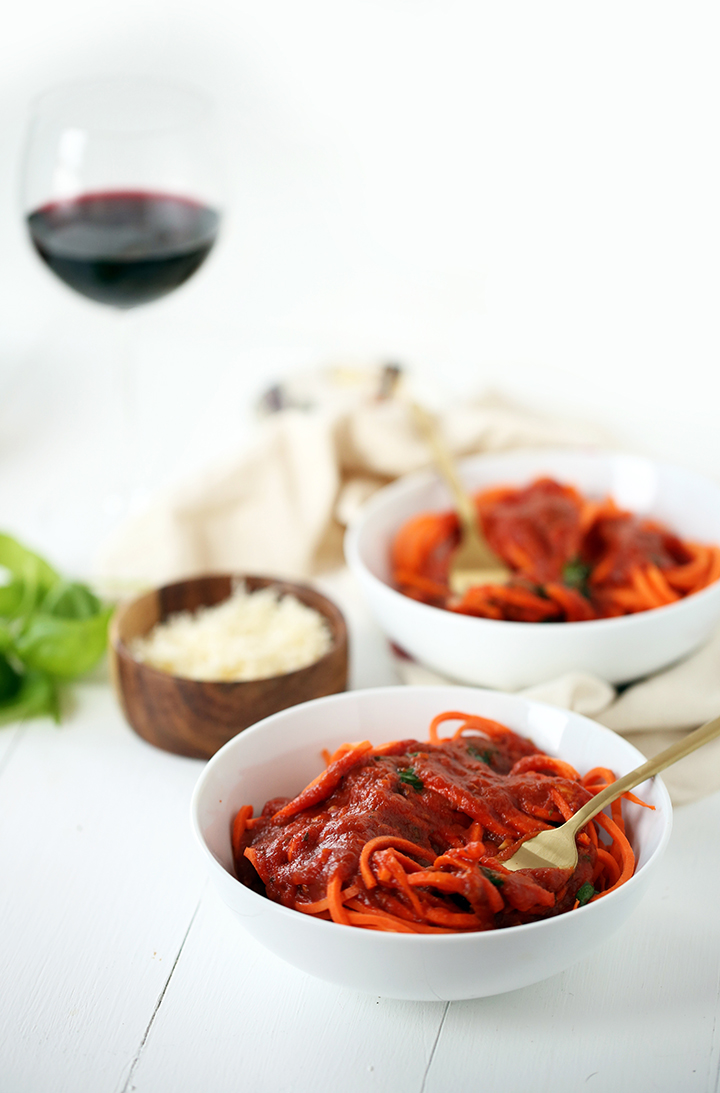 A subtly sweet pasta with a satisfying crunch? Say it ain’t so. Boiled carrots can be easily turned into veggie noodles with a spiralizer, perfect to swap in for regular spaghetti in a traditional Italian dish like pasta arrabbiata. 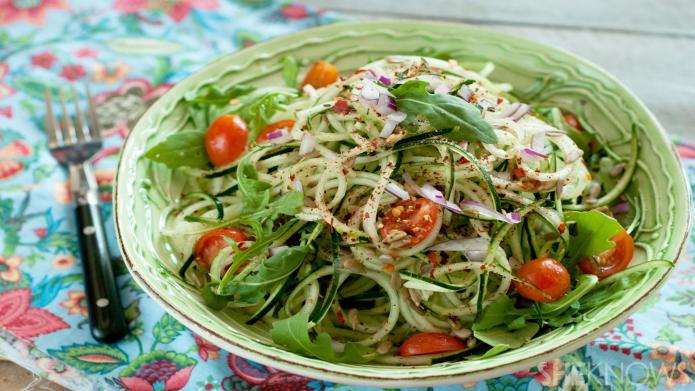 Eating healthy shouldn’t be so easy, but sometimes it just is. You don’t have to chop your cucumbers like a chump anymore — bust out that handy spiralizer again to make cucumber noodles, tossed in a sweet-and-spicy summer salad. 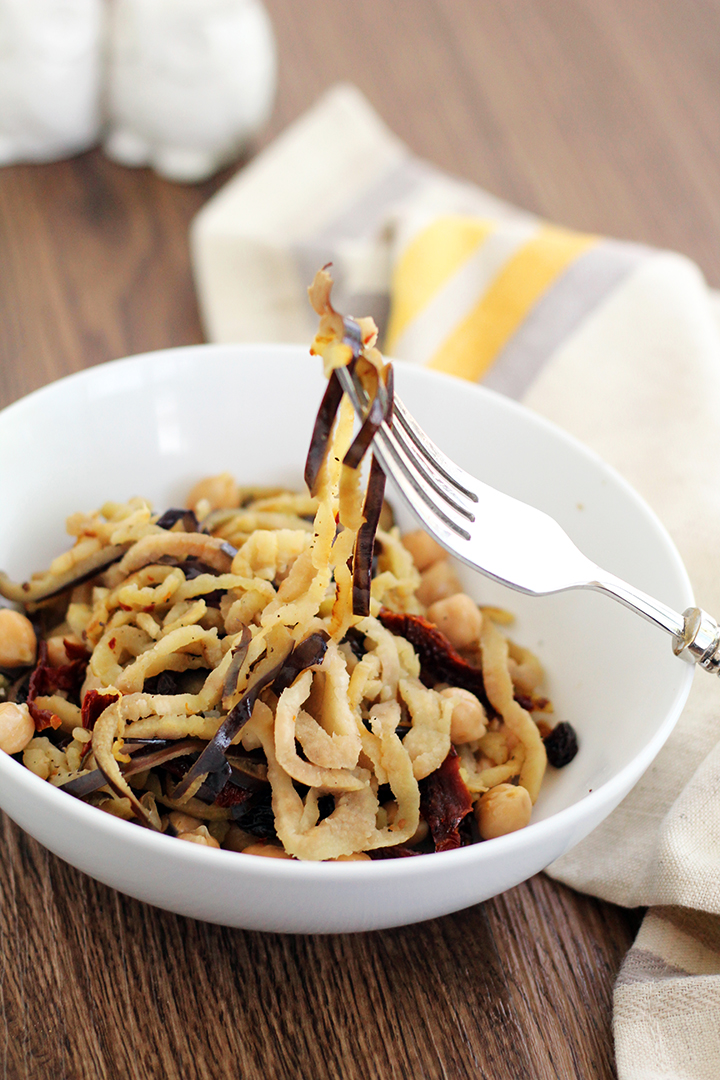 Eggplant may not be your first pasta substitute choice when you jump off the carb wagon, but there’s something about the meaty eggplant that makes its faux noodle extra filling. These eggplant noodles get a quick fry with a little virgin olive oil to soften the texture, and the chickpeas and garlic don’t hurt either. 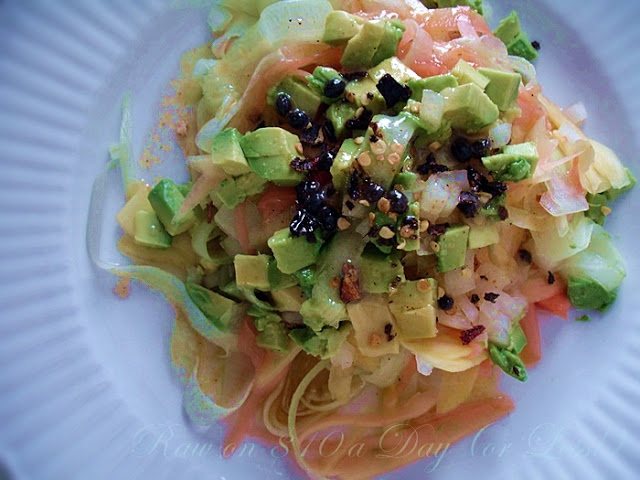 Fruit noodles, aka froodles, may not technically work as a savory pasta, but don’t be so quick to cross this recipe off your dinner menu. Raw, vegan froodles are deliciously cheap — a fruit noodle dish made with fresh favorites like mango, papaya, cucumber, onion and avocado totals in at a cool $2 per serving. 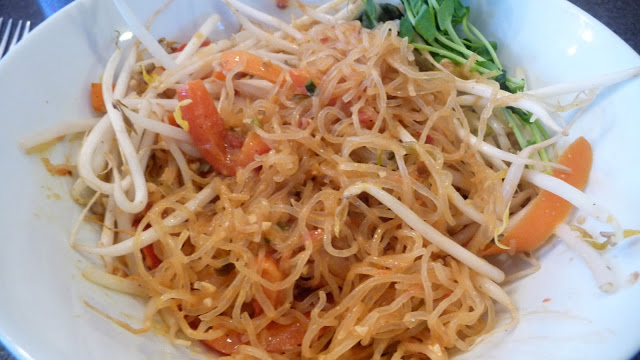 Here’s another store-bought pasta alternative that will scratch that carby itch whenever you’re jonesing for spaghetti: Packaged kelp noodles are about as healthy as they come, made from edible brown seaweed with an estimated 10 calories per serving. If you’ve been looking for a low-calorie alternative to pad thai, then this kelp noodle swap does it right, at only 200 calories per serving. 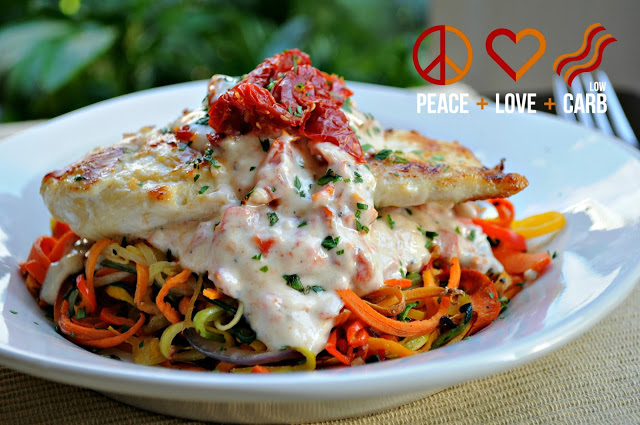 Rainbow noodles are the perfect antidote to that boring, monochromatic color scheme on your plate (cauliflower and mashed potatoes, I’m looking at you). These fresh and flavorful noodles are made by spiralizing a cornucopia of vegetables — summer squash, zucchini, carrots, sweet potato, red onion, bell pepper and whatever else is in season.

More: 10 Ways to make your next meal more paleo without even trying 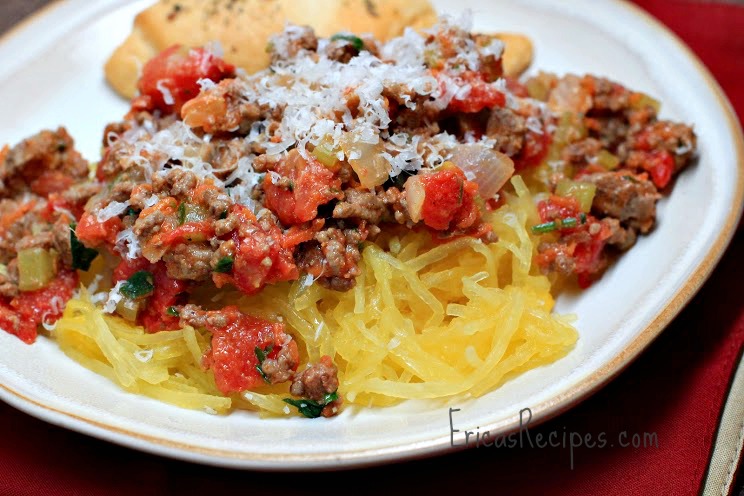 Spaghetti squash is the OG of the pasta substitute world. You’re bound to have had it at least once as you dipped your toes into the low-carb waters. But you’ve probably never had spaghetti squash like this before — serve it up piping hot with a traditional Italian Bolognese sauce, and your family will forget all about spaghetti. 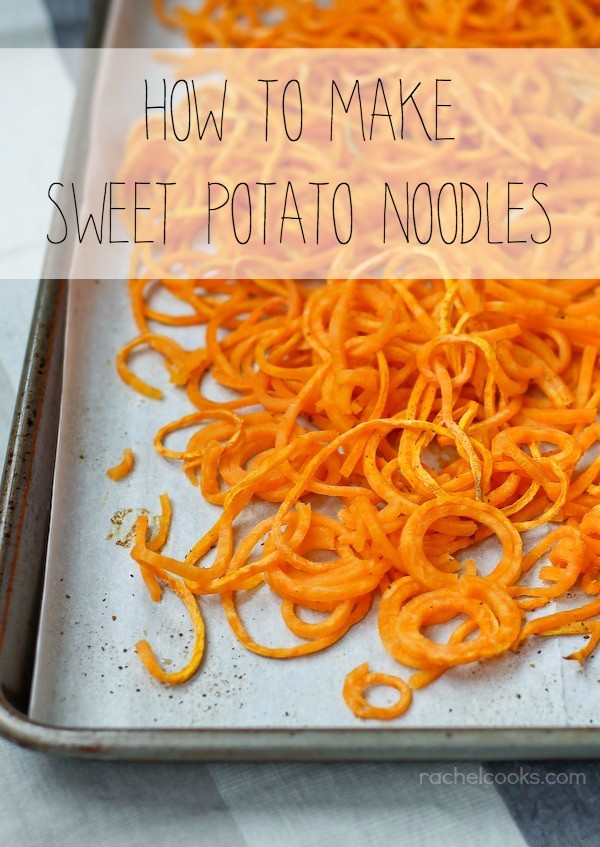 Let’s see a show of hands for everyone out there who has an unhealthy relationship with sweet potato fries. Now let’s see those hands bookmarking this addicting sweet potato pasta recipe. Make your own sweet potato angel hair by running raw sweet potatoes through a spiralizer and baking for 10 minutes — serve up with your favorite spaghetti sauce. 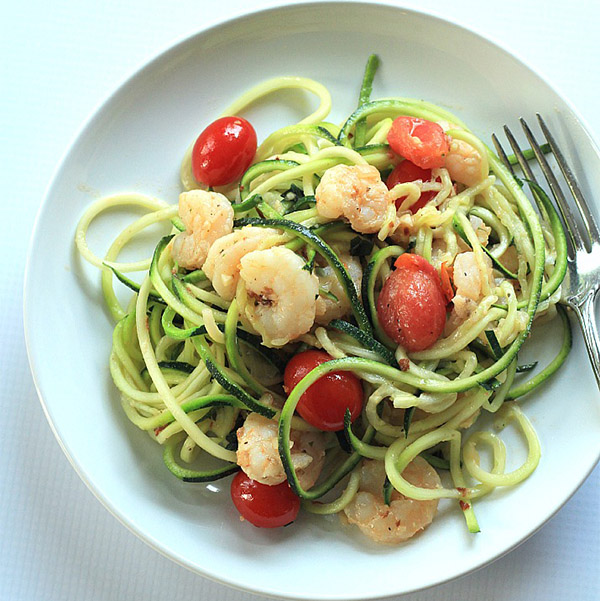 Right behind spaghetti squash, zucchini noodles, affectionately called zoodles, are arguably the second most popular pasta sub. Their consistency works well in almost any pasta recipe. Swap in spiralized zucchini noodles in your favorite spaghetti dish, or keep your taste buds guessing by trying zoodles one of 15 ways.