Check your freezer — The USDA has announced that Barber Foods is recalling more than 1.7 million pounds of its frozen, stuffed chicken products due to possible salmonella contamination.

An initial recall was issued on July 2, affecting approximately 50,000 pounds of product produced on January 29, 2015, February 20, 2015 and April 23, 2015, after reports of illness in Minnesota and Wisconsin were received, but has been expanded today to include products produced between February 17, 2015 and May 20, 2015. The products were sold in stores nationwide and in Canada. 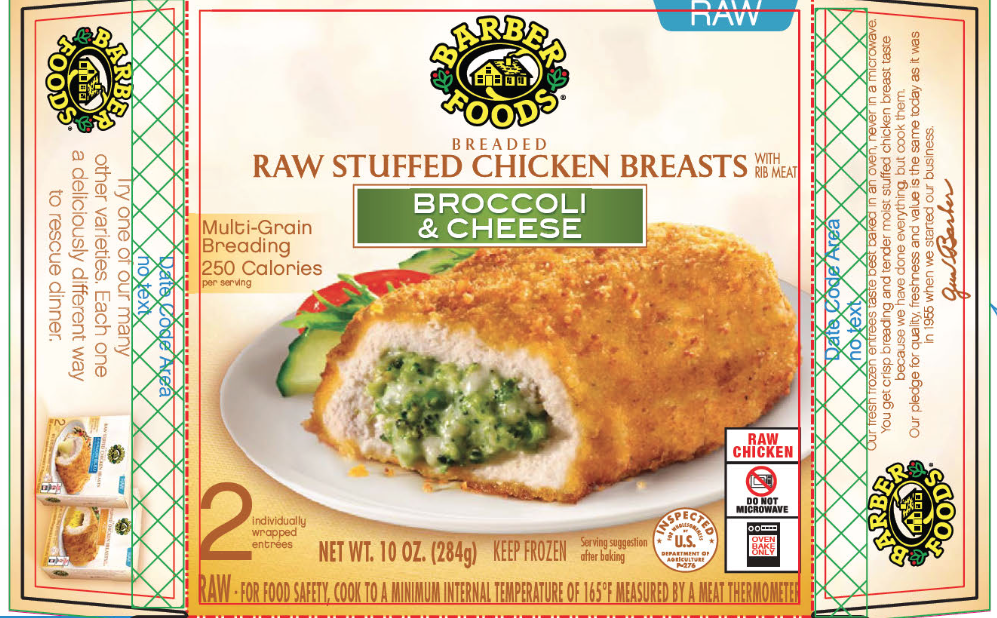 Products being recalled include the following raw stuffed chicken breasts: cordon bleu, chicken kiev, broccoli and cheese, asparagus and cheese and ham and cheese. Check the FSIS site for a full list of products and product labels.

According to the USDA, “FSIS and the company are concerned that some products may be in consumers’ freezers. Although the products subject to recall may appear to be cooked, these products are in fact uncooked (raw) and should be handled carefully to avoid cross-contamination in the kitchen. Particular attention needs to be paid to safely prepare and cook these raw poultry products to a temperature of 165 degrees F checking at the center, the thickest part and the surface of the product.”