Every time I travel to a new city, it’s the same thing. I want to be in the mix. I want to go where the people go. I’ll have what she’s having.

Normally this is achieved by geeking out in the weeks leading up to my trip. My husband makes fun of me because I bury my face in my Yelp app and don’t come up for air until I figure where the “real folks” like to eat within walking distance of our hotel. (No chain restaurants in NYC for me, thank you very much!)

This tactic frequently steers me in the right direction in a new city — but still. There’s only so much Yelp you can Yelp before you’re Yelped-out and begging for a local to save you.

The amazing thing about travel is that each unique city has its own particular foods to enjoy. Finding out where to get these in-the-know eats is another story altogether. Consider me your hungry spirit guide, because I’ve done the hard work for you. I’ve left Yelp in my dust, and asked Real People where to get the best eats and drinks in their towns. Leaving aside the obvious options— such as Texas barbecue and New York-style pizza — here are a few edibles and potables the locals swear by in your favorite foodie cities:

In Albuquerque, you’re going to get more than your fill of fantastic New Mexican food — think: New Mexico classics such as green and red chili — but you’ll hate yourself in the morning if you don’t save room for dessert, says native Heather Briganti of the New Mexico Tourism Department. Start with the “World’s Best Coffee Milkshake” at Golden Crown Panaderia, and plan to spend the entire afternoon walking it off. Briganti tells us, “This shake really is incredible, and the perfect pick-me-up for an afternoon snack when you’re exploring Albuquerque’s Old Town. They use freshly brewed coffee, vanilla ice cream and a drizzle of chocolate syrup to create [a] shake that even my toddler can’t keep his hands off of.” The New Mexican bakery offers “several varieties of New Mexico’s official state cookie, the biscochito,” says Briganti.

If you’re not eating sushi in the Deep South, you’re not living, says Dr. Mike Fenster, who spends his time traveling the globe to spread the Grassroots Gourmet gospel. Dr. Mike recommends sushi above all traditional ATL Southern fare, with Umi being his favorite spot for some raw eats. “Former MF Buckhead executive chef Fuyuhiko Ito opened Umi after the closure of MF Sushi and MF Buckhead. The sushi classics are well-represented, but it’s dishes like monkfish liver pate, yellowtail jalapeño, tuna foie gras, Chilean sea bass marinated in yu-an sauce and the like that make this restaurant a must-eat stop.” Need more proof? Localeur Shelbi Saine names Umi as her number one sushi spot in A-Town.

If you want to know the best bite to eat in a renowned foodie city like Chicago, just ask a foodie. Seth Resler, founder of Taste Trekkers, a website for food lovers who travel, says that besides the obvious (cough, cough, Chicago deep-dish), the Green Apple Balloon, served at the esteemed Alinea, is where it’s at if you want a true taste of the city’s culinary scene. “For diners who are looking to splurge, it is literally an edible balloon filled with real helium. A dining experience you won’t find anywhere else!” It’s getting harder for the locals to keep this fine cuisine a secret — Alinea has been named the world’s best restaurant four years in a row. 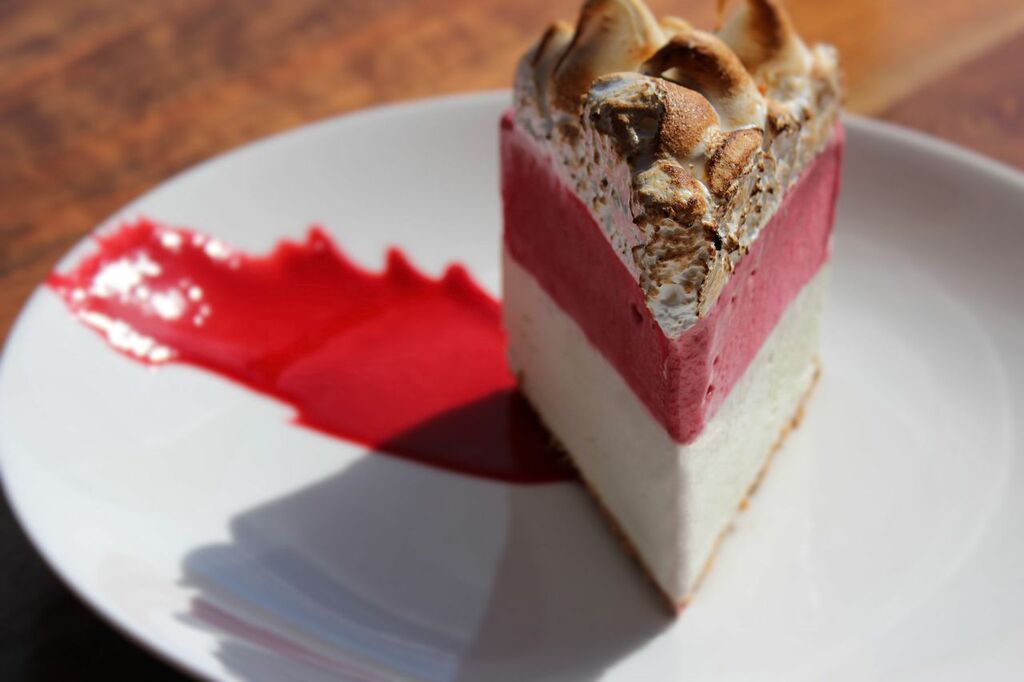 Everything’s bigger in Texas, they say, and if you’re looking for a Texas-size treat, you had better get yourself to Dallas. While Dallas is known for its Tex-Mex, tacos and barbecue, the city’s Hilton Anatole Hotel attracts locals with its classic ice box pie, recently featured on the Food Network’s Guilty Pleasures. Made with layers of graham cracker crust, vanilla bean ice cream, raspberry sorbet and fluffy toasted meringue, Texans call it the “grown-up” cousin of the ice cream cake.

Until now, I thought New York, Chicago and California had the market cornered on mouthwatering pizza. That is, until I heard about Detroit’s delicious little secret: Detroit-style pizza, aka a thick, square pie unlike anything you’ll find in the other big pizza cities. And that’s the best part, says Sarah Buckhannon of Ferosh Chick. “Many don’t even know it exists and has won national awards — so in other words, it is Detroit’s best-kept secret.”

California wine isn’t the only tasty comestible to come out of the Golden State. The real star in Napa Valley is its flawlessly well-executed cuisine, says Dr. Mike. He recommends Barndiva for an authentic taste of the farm-to-table fare that has made Napa famous. “With virtually everything locally sourced and crafted from scratch, simple offerings like goat cheese croquettes, heirloom beet salads and crispy free-range chicken take on an otherworldly, ethereal sensation.” Sign us up, Dr. Mike.

More: 20 Ways to eat a banana split that are better than a sundae

The best parts about visiting NOLA are the food, the jazz, the booze and the food. (Did I say food?) Beth D’Addono, author of The Hunt New Orleans, says that in the city that lives and breathes to eat, there’s a beefy, noodly, eggy hangover cure that only the natives know about, and it trumps all other N’awlins cuisine, including gumbo and po’boys on Bourbon Street. D’Addono insists that a visit to The Big Easy isn’t complete without “the yaka mein, baby — a guaranteed hangover cure. Miss Linda’s, if you can get it. Or don’t be scared… go into the Manchu Market on Claiborne, and they’ll fix you right up.” 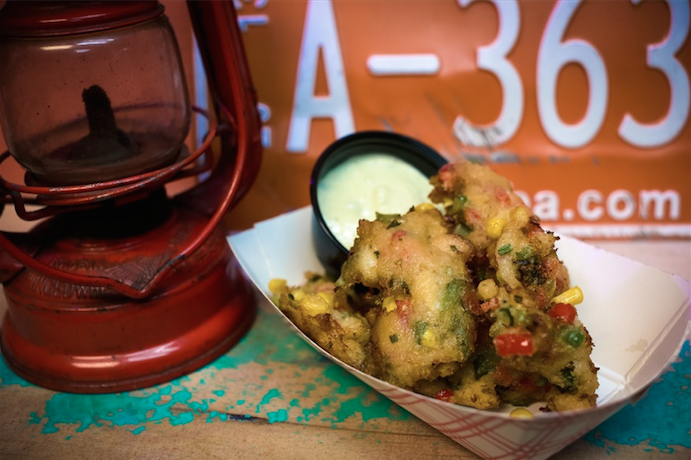 The NYC food scene is always on the cutting edge, of course, but right now, Harlem is hot, hot, hot thanks to up-and-coming foodie spots such as LoLo’s Seafood Shack, known for its golden brown Belizean conch fritters. LoLo’s executive chef Raymond Mohan says, “If you’re visiting New York City and looking for eclectic, authentic, high-quality dining options, Harlem’s expanding ‘restaurant row’ is a semi-hidden respite from the overpopulated tourist traps of the city to which top-tier chefs and foodies are flocking.” Gael Greene, longtime New York food expert and Insatiable Critic, calls the conch fritters (and the wings) a must eat.

If you can’t get to Thailand anytime soon, Portland may just be the next best thing, according to Resler and others. The city is home to the Pok Pok restaurant (with locations in New York and Los Angeles), where chef Andy Ricker is considered by many to be the single biggest authority on Thai food in America. Get the Vietnamese fish sauce wings, says Resler — you won’t regret it. If the Twitter buzz is any indication, #PokPok in Portland offers some of the best Thai you can get in the U.S., and it’s more often than not worth the wait. 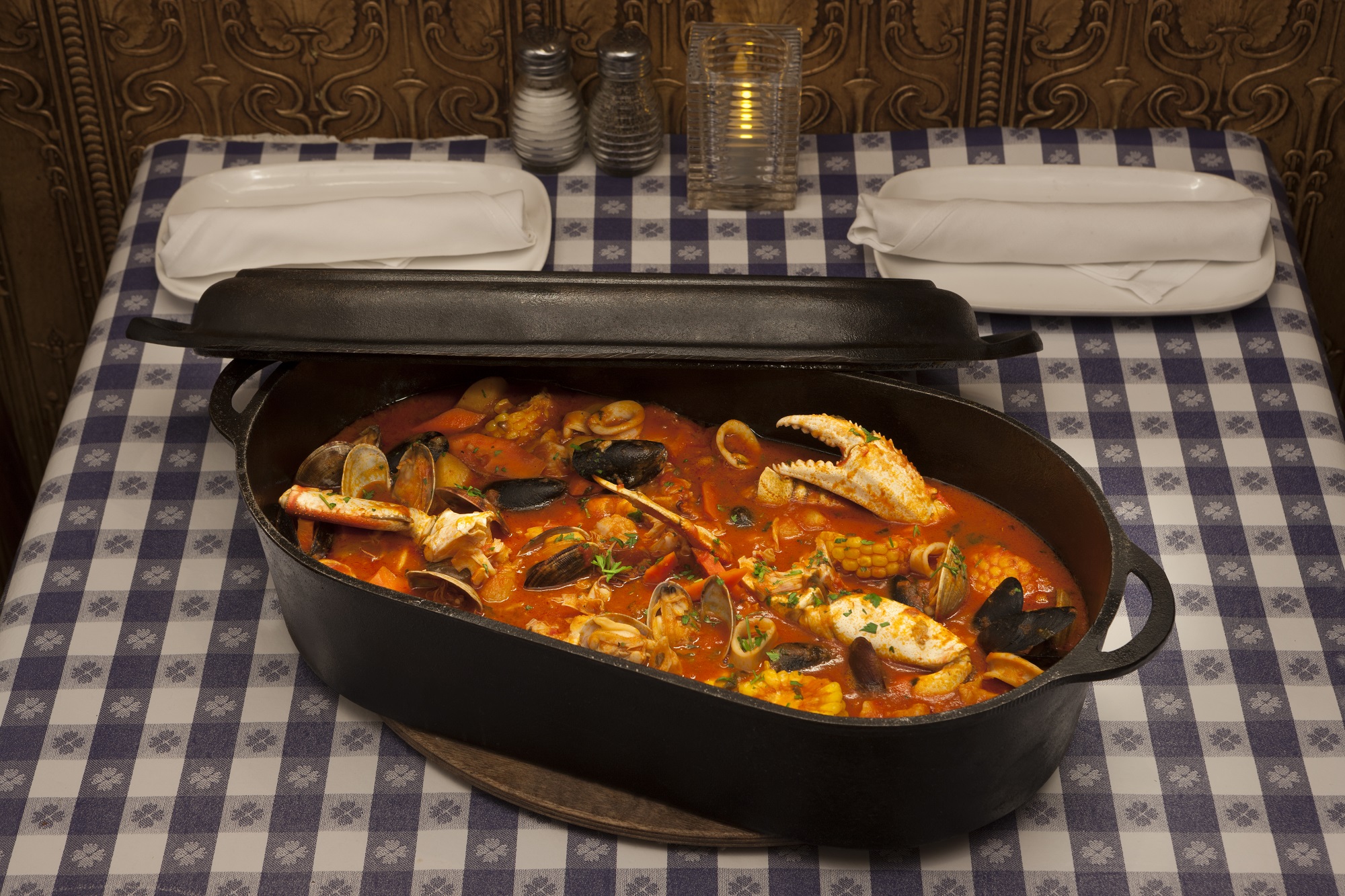 Ah, the City by the Bay. Promise yourself you won’t make it past the Golden Gate Bridge without a bowl of The Old Clam House’s Original Clam Bake Cioppino in your belly. Made with an unreasonable amount of delicious seafood — clams, mussels, crab, shrimp, calamari and fish — the cioppino is a lesser-known San Fran classic from the city’s oldest restaurant in the same location, dating back to 1861. Bring up cioppino among San Franciscans, and you’re bound to start a healthy debate, but locals still endorse The Old Clam House’s cioppino and love the restaurant’s new updates.