One of the best food experiences of my life was eating churros and chocolate when I studied abroad in Spain in college.

It was at a hole-in-the-wall restaurant called Casa Aranda in Malaga, and no other churro has come close to replicating it.

The chocolate dipping sauce was so thick it would coat your throat as you sipped the extra left over in the cup after dipping every inch of those churros into it. They were piping-hot, with a perfectly crisp exterior, a soft, cakey inside and a blissful coating of sugar and cinnamon. Eating them was pure bliss, and I’m salivating thinking about all the weekend mornings I spent there over 12 years ago.

These waffles are an homage to those churros, but in a breakfast-y, gluten-free kind of way. 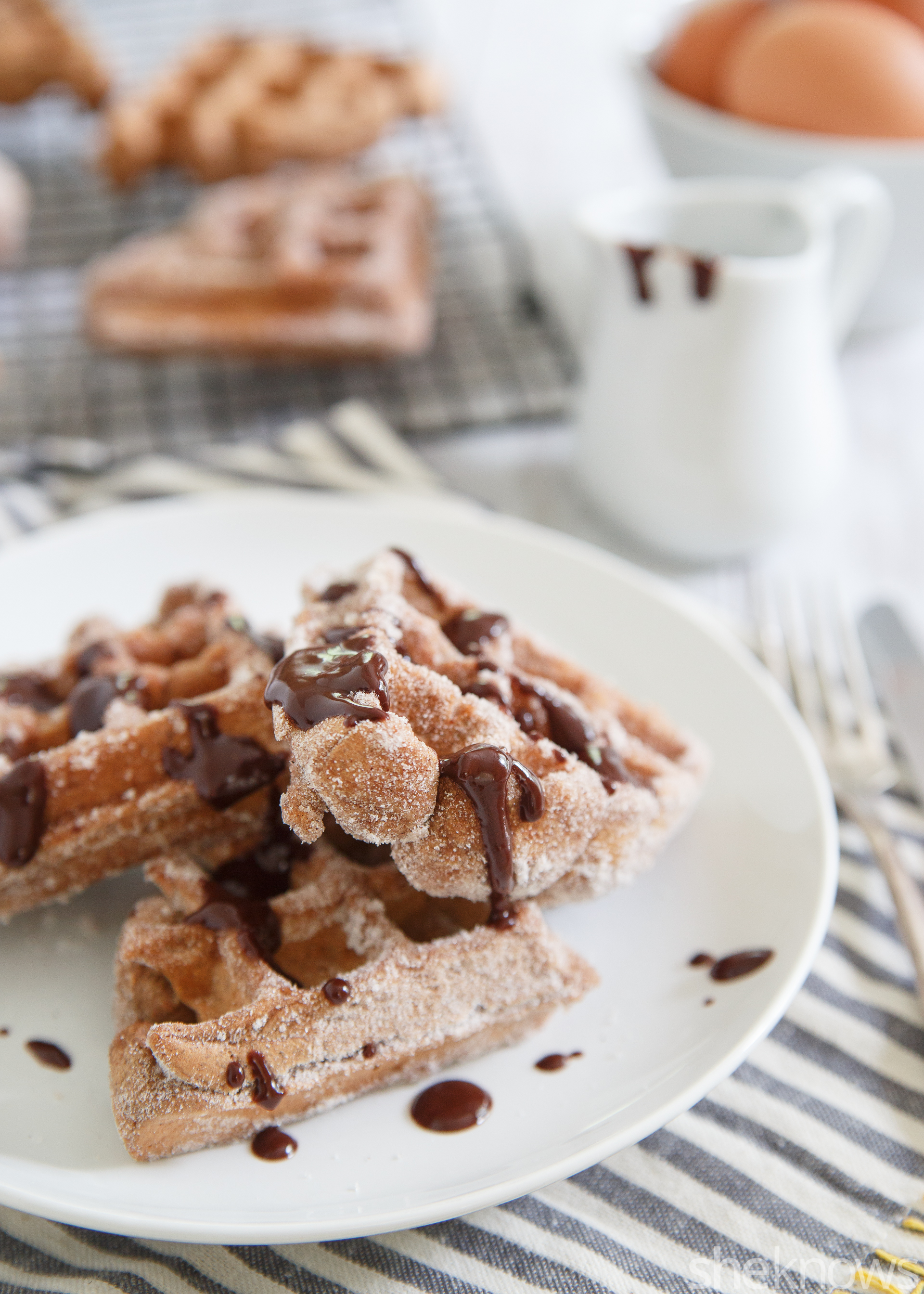 These chocolaty waffles are rolled in cinnamon sugar and served with a warm chocolate sauce. It’s like eating dessert for breakfast!

For the cinnamon-sugar coating

For the chocolate sauce