I’m not going to sugar coat this. I’m a very competitive person. Years in the radio industry have made me extremely competitive with other radio shows and rival stations, I regularly compete in triathalons and my boyfriend knows not to invite me to trivia night because it usually gets ugly very quickly. In these realms I always win, so it makes competing even more fun (for me).

But there is one place where I compete and lose that I need to confess to you. I’m losing my ongoing holiday party battle with my girlfriend Hannah. When it comes to our “who can throw the most creative party for the least amount of money” she wins handily. Her last Halloween party is already the stuff of legends, her Christmas shindig outshines mine every year (despite my “Santa falling into the snow” cupcakes where his little feet dangled atop vanilla frosting), and her New Year’s day brunch should have its own TV show.

However, she has yet to come close to my Fourth of July parties. In our circle, I own the Fourth of July, and despite my better judgment I am going to share my secrets with you, as long as you promise not to share them with Hannah.

The flag cake that will wow everyone 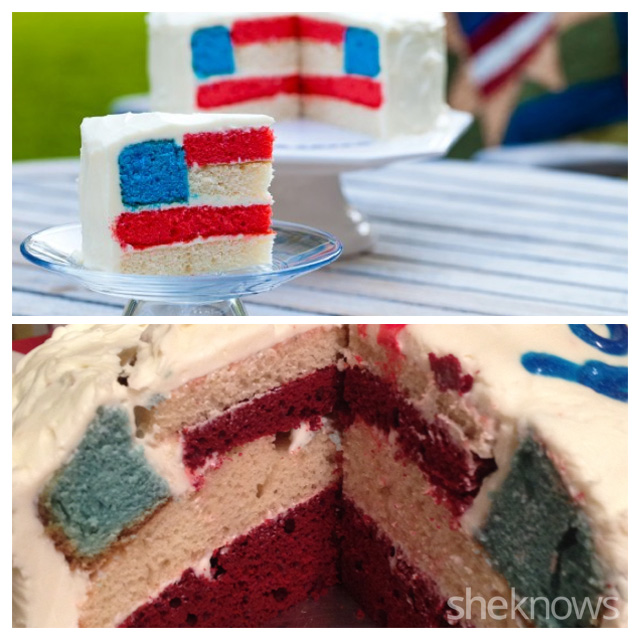 I must admit, this looked like a 10+ on the difficulty scale but after doing it once I couldn’t believe how easy it was.

Tip: At my grocery store they do double coupons on Tuesdays, or you can get cake mix on sale which is usually in the $1-$2 range depending upon where you live. 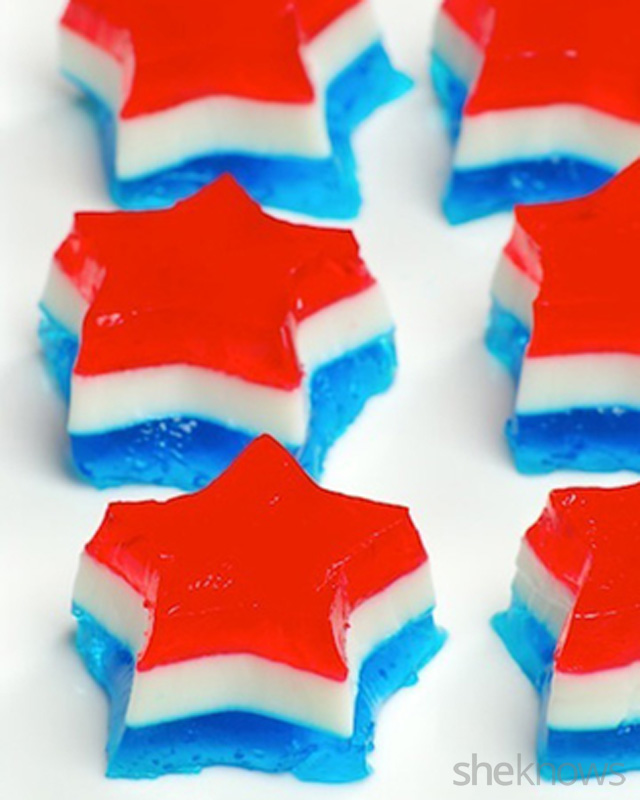 One year I made Jell-O stars just for decoration but they went the fastest. There’s nostalgia for everyone in Jell-O, plus it’s the least expensive treat that everyone adores. ($1 each) You’ll need the berry blue and cherry flavor and some gelatin. I trust the Kraft recipe since it is their product.

The vodka that will knock off their socksa

This is one of my favorite tricks that are both practical and visually cool. Right now, today, keep an eye on a half-gallon sized container in your fridge that you’re almost done with. When it is empty, clean it thoroughly and grab a bottle of cheap vodka. As a former bartender I can tell you that vodka is one of the few alcohols for which the cheap version and the expensive version tastes about the same, especially if you are going to mix it with anything. Seriously. Don’t believe the vodka hype. I get Svedka Vodka because it’s under $10 and I like the bottle, but Smirnoff is just fine. Also in this price range is the trendy KU:L Vodka.

Easy savories: I do three cheap and easy savories. Sliders and hot dogs (since it is the Fourth and those are traditional foods!) and then I make my baked ziti flag dish.

One real secret to partying big on the cheap: The dollar store is your friend.

I stock up on tiny flags because then I can make any of my usual appetizers or sliders and stick a flag in it; voilà, it’s a Fourth of July food. 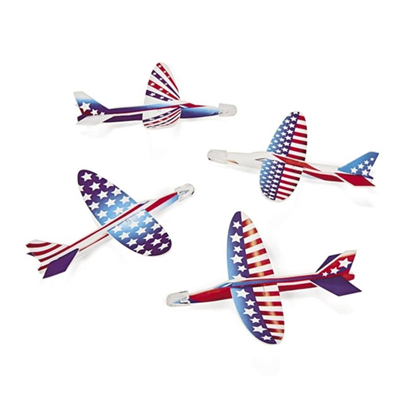 Red, white and blue paint goes a long way. You can get 50 ice pop sticks for $1 that you glue into star shapes, or buy packages of pine cones for $2 and then make your kids paint them all!

Have fun doing all of my tips; just make sure none of it gets back to Hannah. Happy Fourth of July!