It’s no secret that small towns are the new big city, packed with homegrown, farm-to-table and trendy items like homemade sausage, microbrews and mom-and-pop distilleries.

Chefs and entrepreneurs are taking their small ideas and moving away from big cities to do things their way, and for half the money. Let’s just say, everyone has a “Brooklyn.” Therefore it’s no surprise that like Brooklyn, these small towns are doing one (well, two) things well above all else: food and beverages.

While most people focus on wine and beer, spirits (think vodka, bourbon and gin) are gaining popularity with mixology’s transition from pre-dinner drink to artisanal beverage, using ingredients from the garden and taking up more and more menu space. Spirits are showing sass, nuance and drinkability, in both a cocktail and neat.

It’s a hard job, but someone had to do it. SheKnows explored the U.S.’s top 10 distilleries and we’re here to share why their unique products and approach make us excited, happy and maybe a slight bit tipsy. 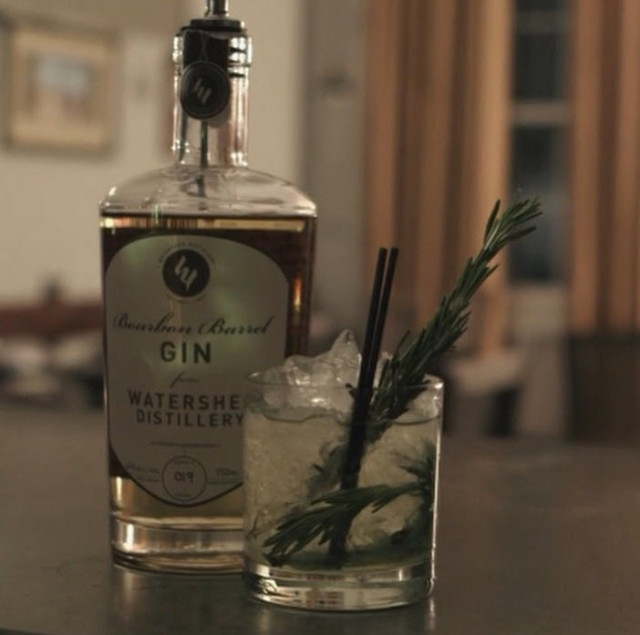 I love a good underdog story to round out a night of drinking, which is why Greg Lehman and Dave Rigo’s story from Switzerland to Ohio is compelling enough to try the hard stuff. Lehman, a former professional volleyball player in Switzerland, became aware of the abundance of locally produced spirits and wanted to start his own. Partnering with Rigo, the two were inspired to begin one in Rigo’s hometown of Columbus, Ohio. Ohio, since Prohibition, has become one of the most difficult states to start a distillery, but that didn’t stop these two.

Watershed Distillery produces vodka, gin, bourbon barrel gin and bourbon pulling straight from the bounty of the midwest farmland. The Bourbon Barrel Gin stands out among its sisters as trend we’ll no doubt see in the future, combining two of our favorite things, gin and bourbon. 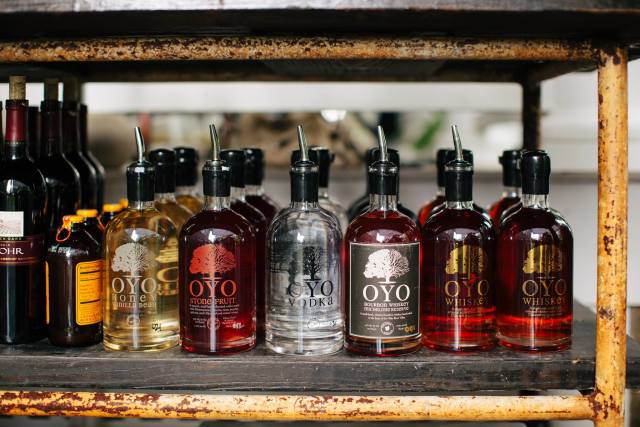 It shouldn’t come as surprise (but it does) that just like a wine’s “terroir” (which is the region, soil, climate and temperament of a particular region) affects a wine, so does a spirit’s. Ignorance is not always bliss.

Four-generation distillers Brady Konya and Ryan Lang, experts in marketing and manufacturing, wanted to produce spirits that reflected their Ohio River Valley’s terroir and honor the unique role of Ohio in America’s distilling traditions. OYO, as many of the labels read, stands for “O-why-O,” the original name for the Ohio River Valley. Dark spirits made in the American and Scottish ways complement a line of infused vodkas like Honey Vanilla Bean or Stone Fruit Vodka, which shouldn’t be taken lightly. To even denote these as “infused” vodka belittles them, giving the memory of artificially infused cheap vodka. These vodkas are created by spirit “chefs” capable of balancing acid, sweetness and texture. 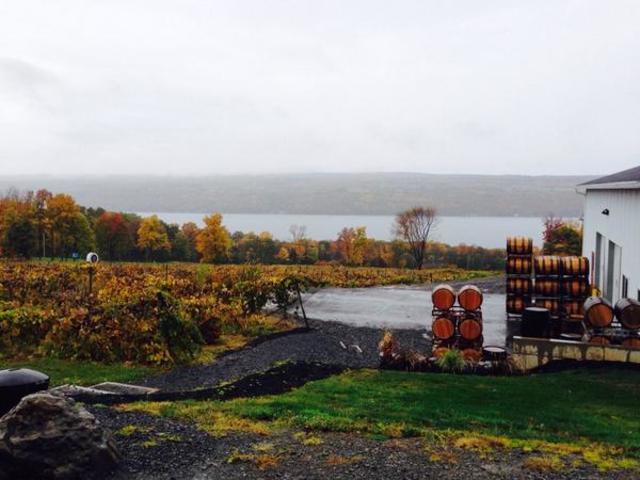 It’s a bit comical but if I picture where a former winemaker and banker would have a distillery, the easy answer would be, duh, New York. And since upstate New York produces some of the best wines in the country, owners Brian McKenzie and Thomas Earl McKenzie house their distillery on what else? A vineyard. P.S. They’re not brothers.

Committed to doing the process correctly (even their building is inspired by the classic style of Scottish whisky distilleries with white walls and black trim) and with minimal waste might sound less than flashy, but they don’t need to be flashy when the spirits speak for themselves. Being privy to many of their spirits (including gin, whiskey and vodka) in New York bars and retailers, I can say that starting a meal with a whiskey-based cocktail from their McKenzie line and ending with a sip of grappa is always a good idea. 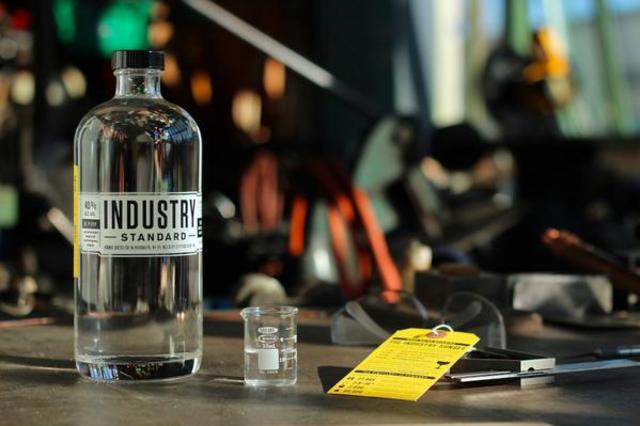 It’s no secret I work in food. What I love most about this business, besides the cooking (eating) part, are the people. It is rare to find someone who loves food and doesn’t love people. On a culinary work trip to Nashville (are there any other?) I met the men behind Industry City Distillery: unpretentious, smart and seemingly very “Brooklyn” for the South.

Since then, I haven’t been able to get my bourbon-drinking boyfriend to stop drinking my vodka. Made entirely with beet sugar (gluten free!) their Industry Standard Vodka is smooth, delicious and drinkable on its own, which is not a quality you typically hear about vodka.

This might be the only spirit at the moment, but Industry City Distillery is up to big things. 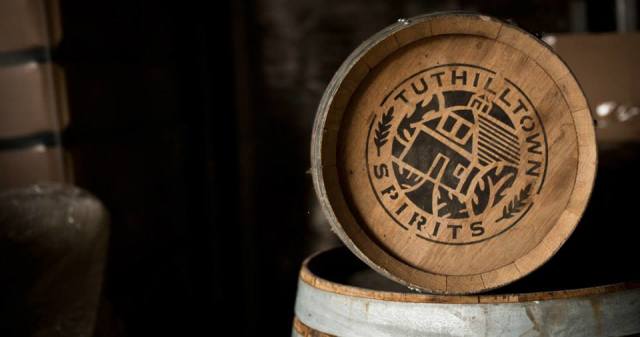 The distillers at Hudson are proud of being “out of the box” when it comes to their hand-crafted and slightly experimental whiskeys. If there’s a problem, they think it through like a person. Like the other distillers on the list, Ralph Erenzo, Brian Lee and Gable Erenzo are slight nerds with a passion for being close to the earth and getting something right.

User-friendly “baby” bourbon is made in a pre-Prohibition way in small bourbon barrels making it easy, approachable and delicious. Their rye, a typically tricky grain to grow and use, is whole grain instead of paste to create a caramel taste.

Create a little agitation in the barrels? Simply throw a bunch of speakers in the barrel room and get the bass going for good vibrations… pun intended. How’s that for fun. 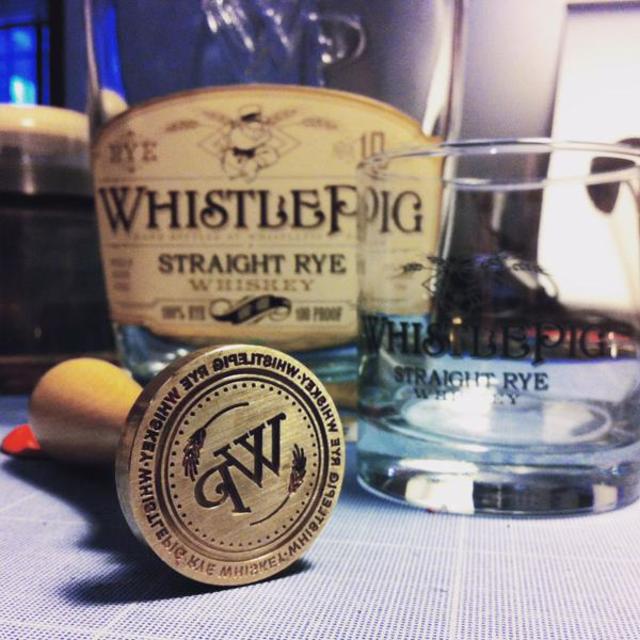 Rye is the pinot noir of spirits, temperamental but oh-so-rewarding when it’s done right. With the least amount of sugar, it doesn’t lend itself to making alcohol. It takes work and finesse. Drinking rye is like dating a bad boy. You just can’t get enough. And it’s no secret that Whistle Pig had a huge hand in making rye in vogue again after a nearly 100-plus year hibernation. When Raj P. Bhakta bought the farm he sought out Master Distiller Dave Pickerell (Maker’s Mark) to help him on this task. 100 percent of Whistle Pig is made from rye grain. For a dark spirits gal, that is impressive and sexy.

Rich but balanced, high-end but approachable. Simply put, it’s about as American as it comes; just drinking it, you’re doing something patriotic. 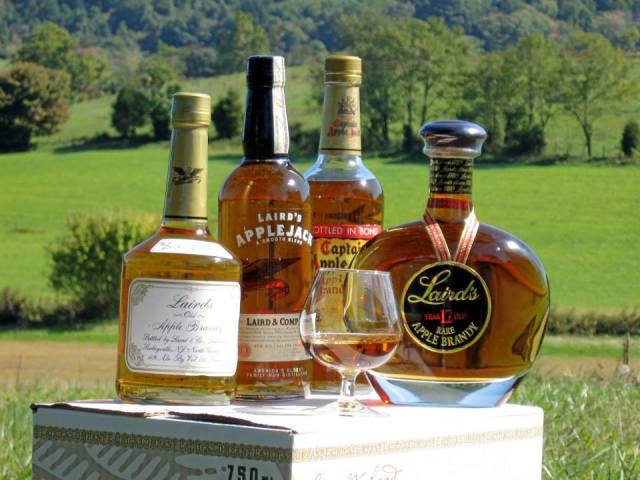 With 300 years of producing applejack tracing back to 1698 with Scottish heritage, the family began making alcohol with what was abundant in Southern New Jersey: apples! With General George Washington asking for Laird’s Applejack directly and the family’s commitment to the cause during WWII, when the distillery was converted into a factory to dehydrate apples and produce pectin, the now eighth generation of the Laird family is president and head of America’s oldest family of distillers. The most notable is Laird’s Applejack. 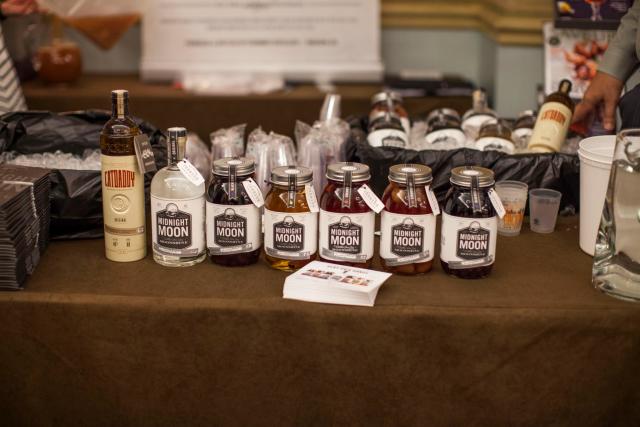 It’s impossible to have a list of distilleries and leave out moonshine, the legendary ultra-smooth and clean-tasting drink of the South. Hand crafted with nothing artificial, the line of Midnight Mood Moonshine by Piedmont Distillers is flavored with nothing but fruit and has charming (don’t get too charmed!) names like “Apple Pie.”

Popular for making moonshine before and after prohibition in the Appalachian Mountains, the Johnsons, like many farming families, did so to make extra money. Junior Johnson’s persistence and (sometimes) illegal makings of moonshine are a credit to what is made today, “Smoother than vodka and better than whiskey.” Cheers to that. 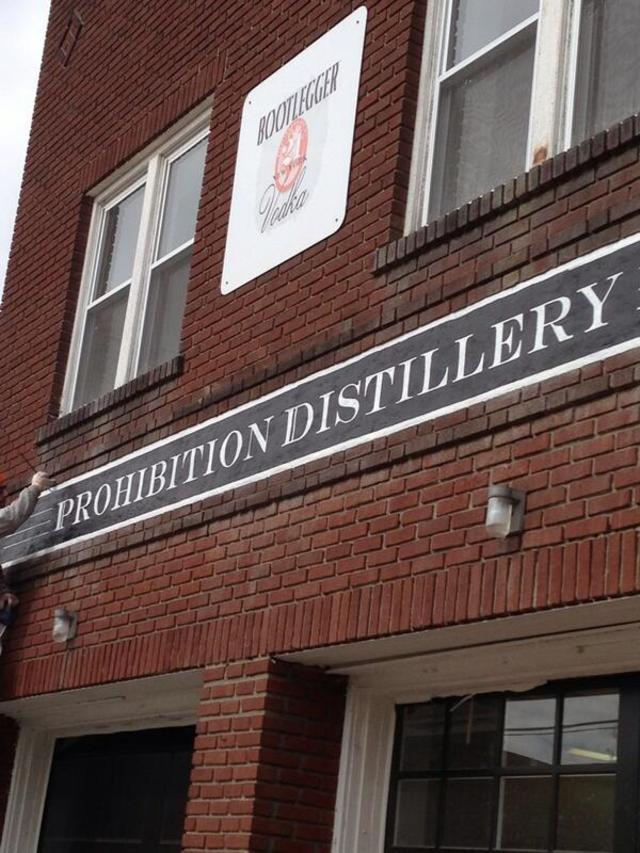 Made with no added sugar, this is vodka for rich people. It’s gluten free! Bootlegger Vodka and Gin is seen in chic restaurants (Nick & Toni’s, Nobu, Tavern on the Green) and Four Seasons Hotels. It’s smooth and easy to drink, which makes it perfect or on the rocks, yet indulgent at the same time. Bootlegger Gin is similarly smooth but with simple botanical flavors and hints of citrus.

Visit the distillery to find a building rich with history as a converted firehouse and VFW post. The symbol on each bottle was popular during Prohibition and worn on the lapel throughout the world as a symbol of soldiers who died during wartime. It’s a great toast to fallen friends and fitting for the Americana brand. 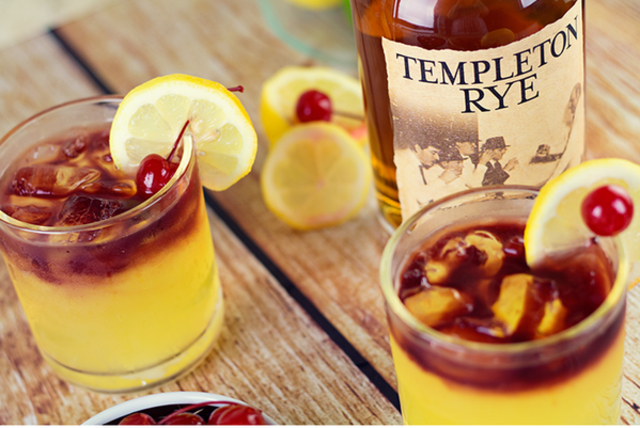 The story is that Templeton Rye was Al Capone’s whiskey of choice, which meant that it found its way into the bootlegging empire, moving the alcohol from Iowa through major cities like Chicago and New York. A built-in, no-cost marketing plan. While most of the town in Iowa was built on enterprising outlaws who were eventually punished, the rye whiskey survived Prohibition and was made in small batches for family and friends. Ironically it wasn’t legally made until 2006, timing perfectly for the resurgence of cocktail culture. Perfect in drinks like Old Fashioneds, Manhattans and Sazerac.

Disclosure: This post is part of a collaboration between Experience Columbus and SheKnows