Just because you don’t live in Texas doesn’t mean you can’t have an authentic Texas barbecue in your own backyard. Just make sure you have a few of these Texan-approved recipes to get the party started. 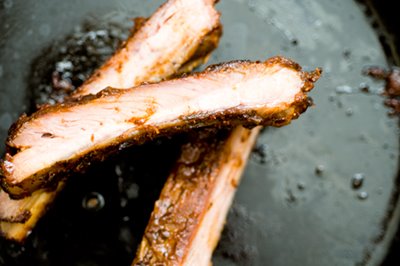 For Texans, the only thing better than barbecue ribs is barbecue ribs covered in a sticky-sweet glaze made with the unofficial state coke,* er, soda — Dr Pepper. You might be tempted to eat these messy Dr Pepper ribs using a knife and fork, but Texans eat their ribs with their hands, so save your silverware for the beans.

* If you order a “coke” in Texas, they’re likely to ask you what kind… that’s what we call sodas, regardless of brand. 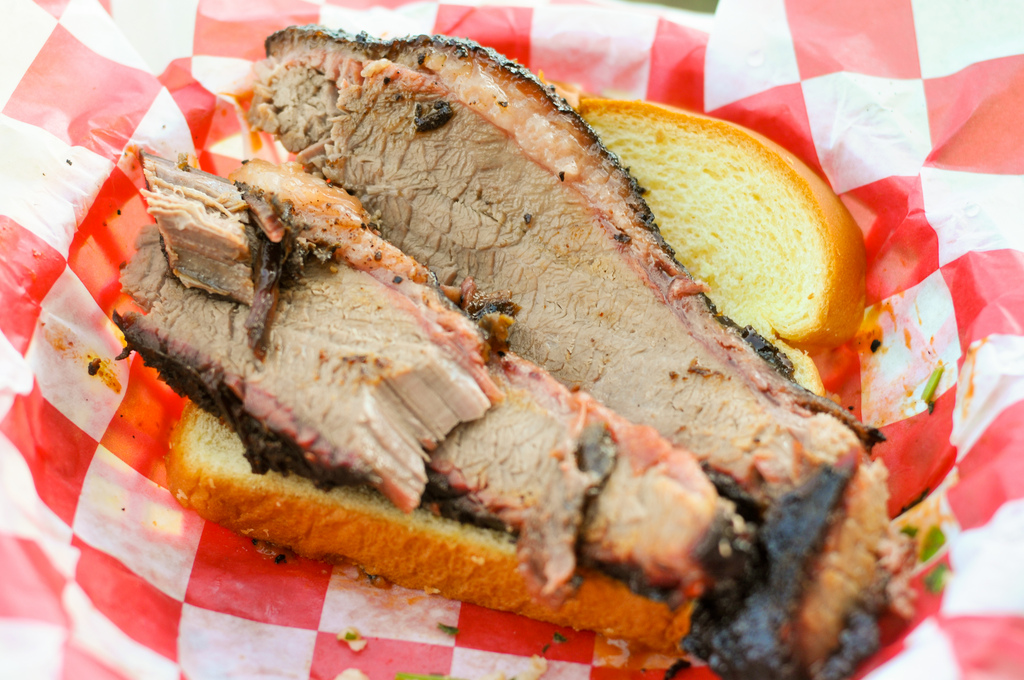 Revered for its smoky, melt-in-your-mouth tenderness and delicious bark, nobody does brisket like Texas. Texans pamper their barbecue brisket. This once discarded cut of meat is now rubbed, massaged and treated to gentle overnight smokes that make for a barbecue unlike any other. 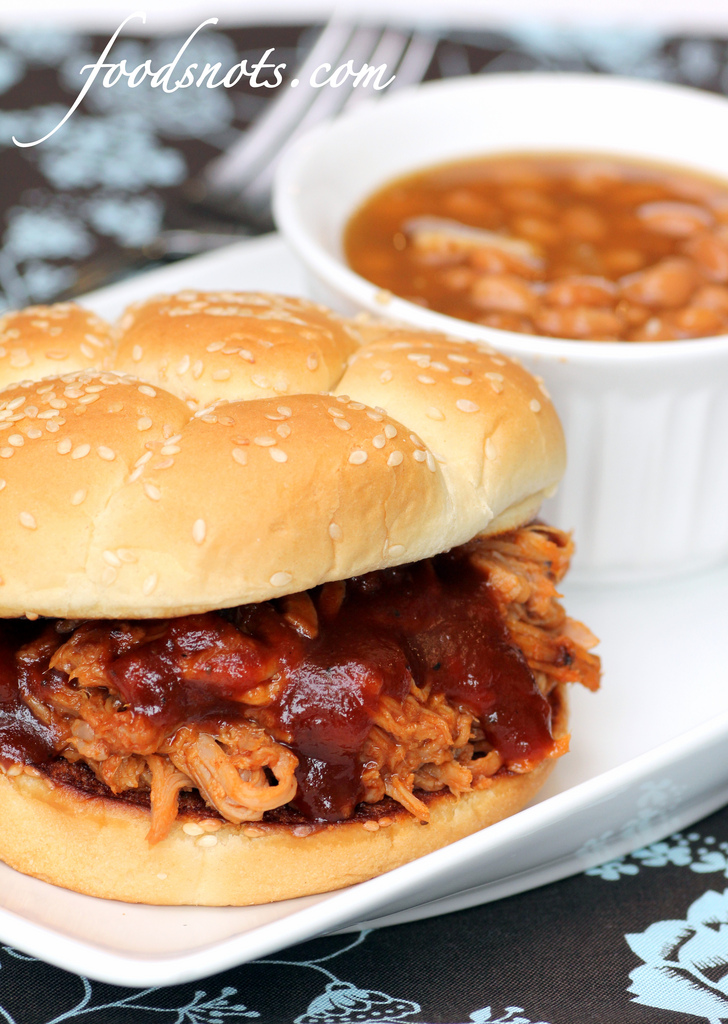 Sometimes for convenience, Texans will cook their pulled pork in a slow cooker and not a smoker. Such high crimes against pork aren’t taken lightly in Texas, and I’m pretty sure you can get 30 days in the hole if they catch you slow-cookin’ shoulder in most counties, but there are delicious exceptions, such as this. 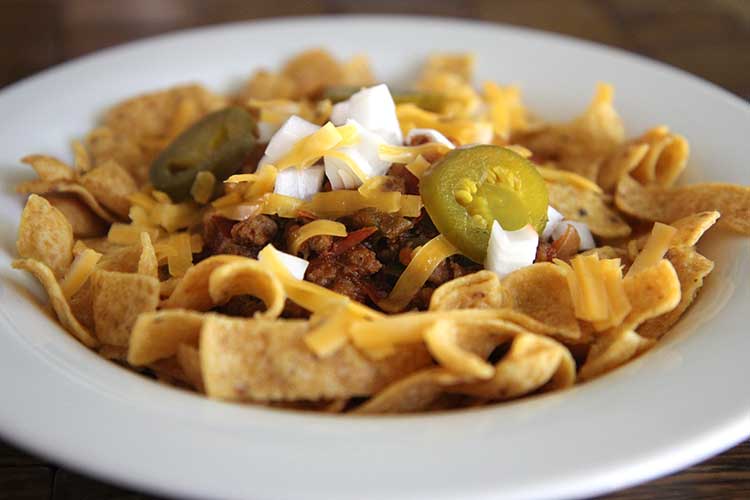 The ultimate in Texan comfort food, the Frito pie, or Texas straw hat, has its origins as a Mexican beach snack. Typically served with onions, shredded cheese and spicy Texas chili (no beans, please), this humble favorite has been known to make an appearance at a Texas barbecue or two. 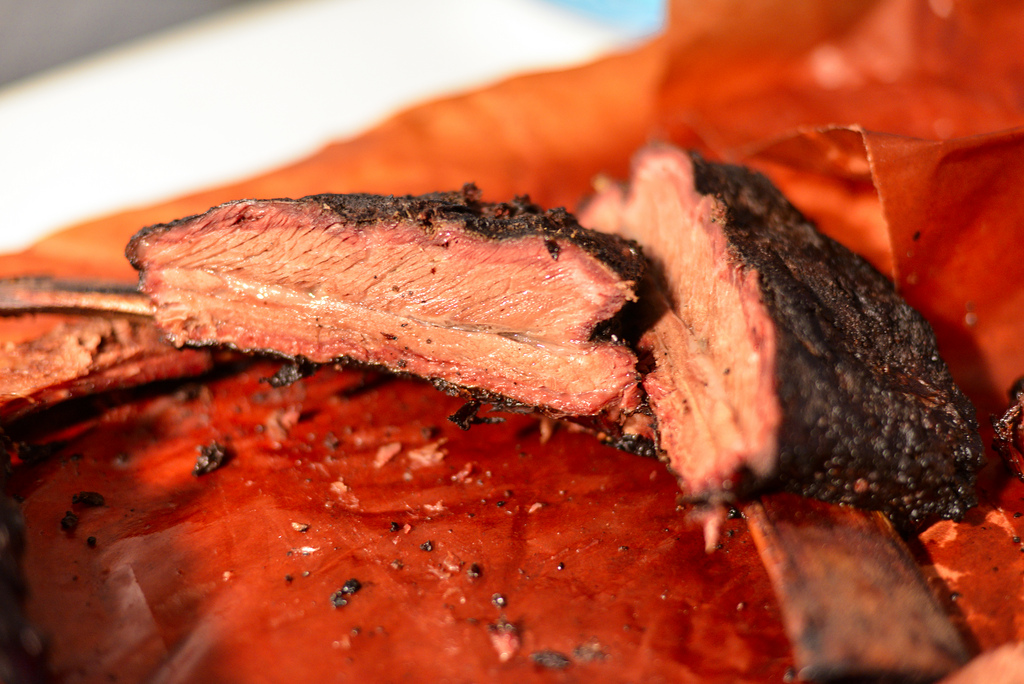 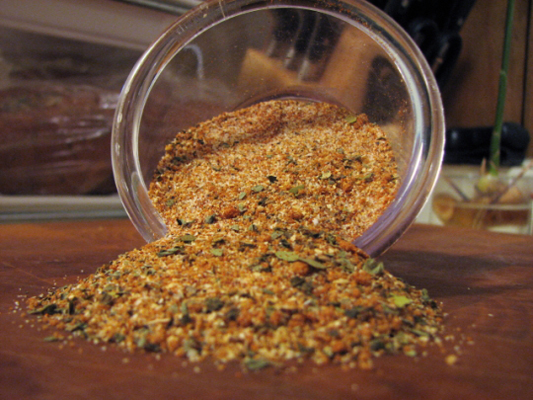 The first step to any authentic Texas-style ribs or brisket is a well-spiced dry rub. As any Texas pitmaster worth their hickory-smoked salt can tell you, if it ain’t dry-rubbed and sauced, it ain’t barbecue. 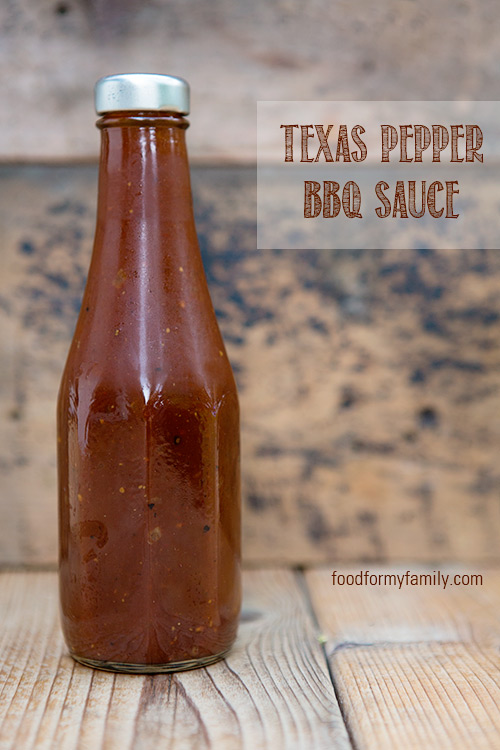 Image: Food for My Family

To some, Texas-style barbecue sauce might be considered a bit old-fashioned, but that’s how we like it — and it’s an absolute must for real Texas barbecue. Thin and tangy, Texas barbecue sauce is a tomato-based sauce that’s sugary-sweet, spicy and saves you a nice little cayenne kick for the end. 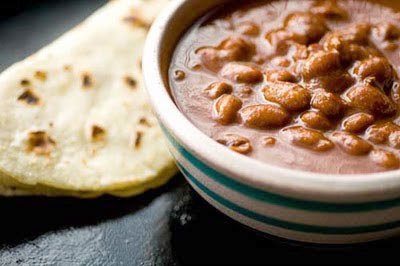 No Texas cupboard is complete without a can of Ranch Style Beans. This beloved brand’s “real western flavor” can be found at the side of almost every brisket in Texas, and this homemade version would do any chuck wagon proud. 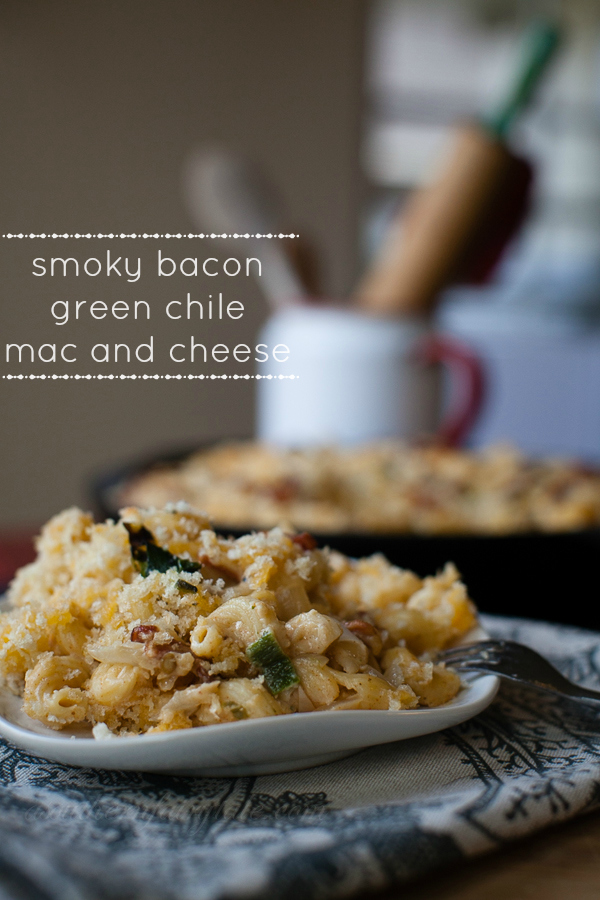 Mac and cheese might not be the cornerstone of Texas barbecue that is Ranch Style Beans, but this fiery mac and cheese made with roasted poblano chilies, smoky bacon and chipotle will have more than a few cowboys piling on this piping-hot perfection. 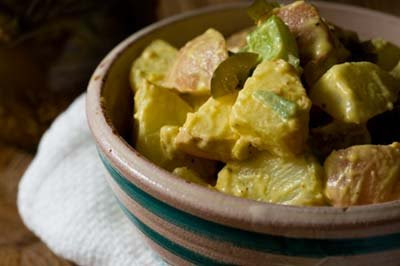 There are lots of great potato salads in the world, but mustard potato salad is pretty much required at a Texas barbecue (it’s also the best kind). This yummy version even features bread-and-butter pickled jalapeños for a little extra Texas flavor. 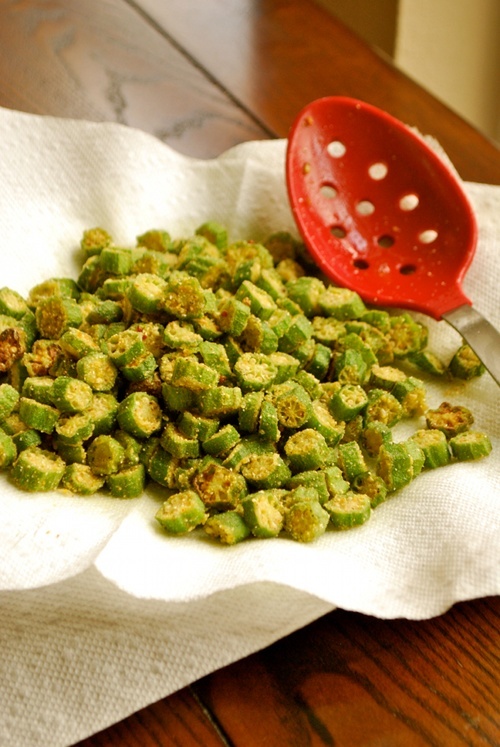 Unfortunately so many restaurants fry their okra in a too-heavy batter of egg and flour, which covers the flavor of the okra and has to be overcooked to make it crispy, resulting in a slimy mess. Real Texas fried okra is lightly breaded in a cornmeal mixture. 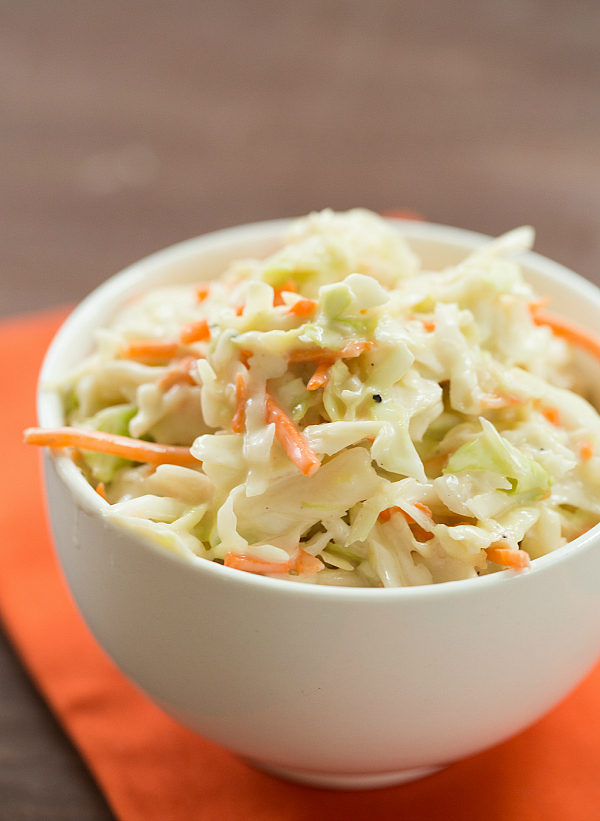 Because of the often spicy seasonings on Texas barbecue, it’s always helpful to make sure you serve up some creamy coleslaw for guests to cool their palates. 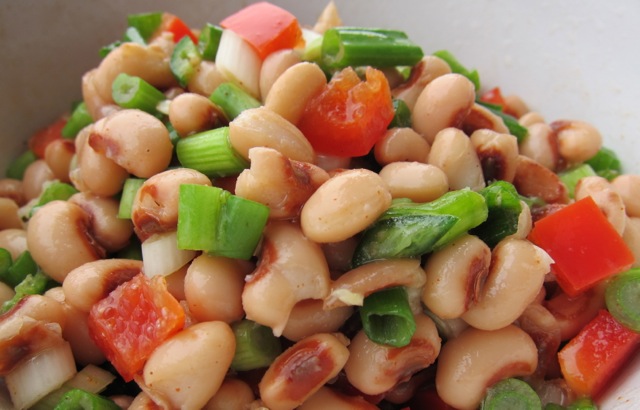 A popular alternative to salsa at picnics and potlucks, Texas caviar has endless variations ranging from the complex to the most basic. Whether your version uses black-eyed peas or just plain ol’ black beans, this bean and veggie-based side is always a hit. 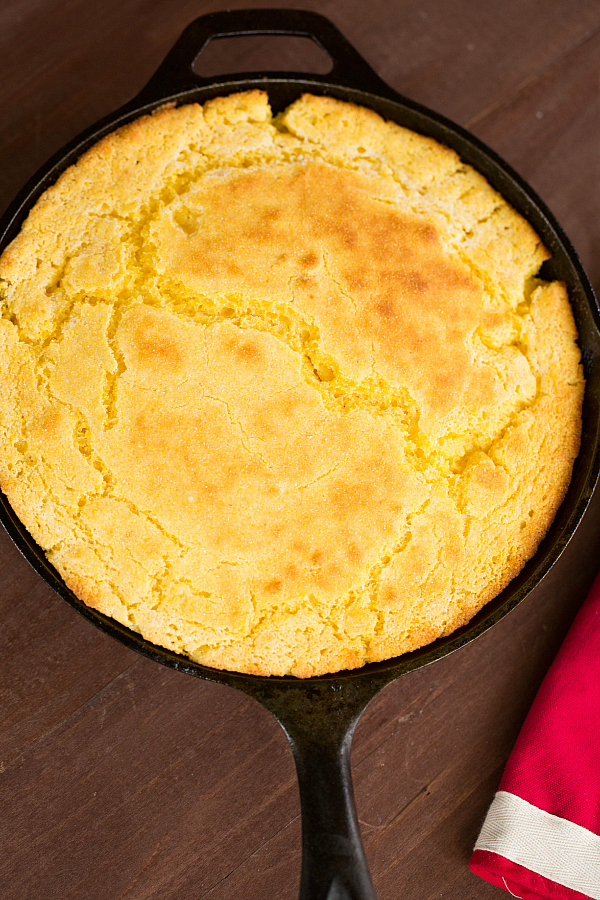 Any self-respecting cook in Texas has a small arsenal of cast-iron skillets at their disposal. Cast iron is a must for that perfectly tender cornbread with a crisp, buttery crust. Mix in some cheese and diced jalapeños to really wow your ranch hands. 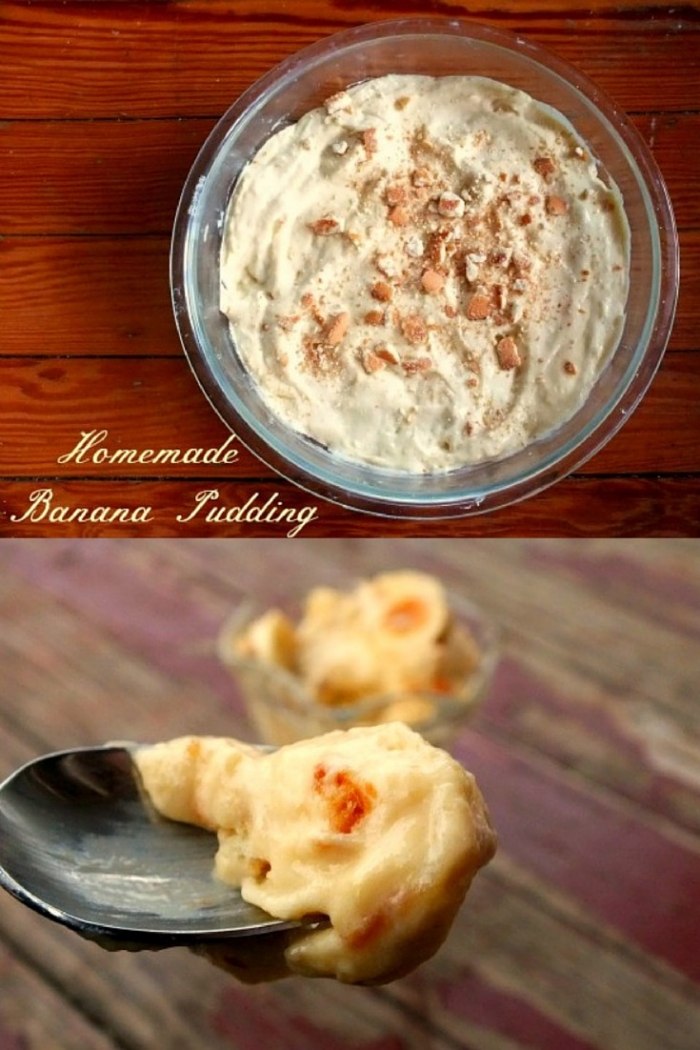 Friendly get-togethers in Texas basically require one of two desserts at barbecues — and one is banana pudding. Luckily real homemade banana pudding is such a deeply gratifying indulgence you might not even miss that peach cobbler somebody mistakenly left off the table. 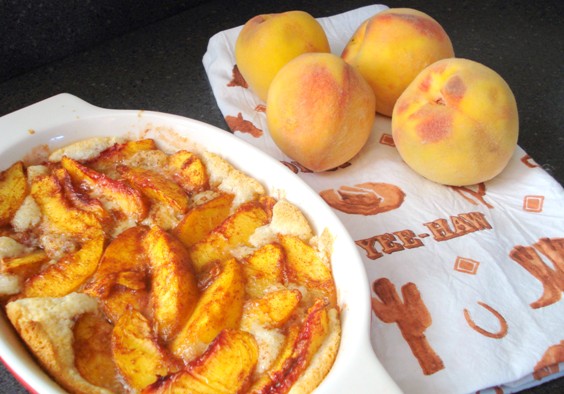 And the second dessert you absolutely must have at a Texas barbecue is, of course, the venerable peach cobbler. Some may be surprised to learn that in Texas, we pour the batter in before the peaches. It gives you a more even bite that way, as some of the batter seeps toward the top as it bakes. Just trust us… it’s better that way.

How to slow-smoke ribs in the oven, no grill required
Slow cooker mango barbecue chicken, plus 2 tasty ways to use it
This juicy Korean BBQ turkey burger is the perfect way to end your summer