Everyone talks about how to hack your way to the best fast-food meal, but what about the worst?

We looked to Reddit for advice from chain restaurant employees to find out about the worst times to order, red flags to watch out for and items you shouldn’t order — like, ever. Take a look at these tips, and you’ll be the master of the casual dining scene in no time.

More: 18 Fast-food hacks that will blow your burger-loving mind

1. Careful with the dressing

“I used to work at Applebee’s. The Oriental chicken salad dressing is pretty much sugar and chicken fat.” — deadpoop69

“Don’t order a [Papa John’s] pizza with mushrooms on it. We don’t always check for mold but when we do, we usually find some.” — SuperSwoledier

3. Deals that seem too good to be true sometimes are

“On Tuesday nights, when burgers are 5 for $5.95 or whatever, we would load up the grill with literally 50 or more burgers that would just sit there for hours. Source: Ex-Sonic Employee” — amill106

“Dunkin Donuts chiming in. The Coolattas are straight up sugar and 18% cream if you get a coffee one or vanilla bean. Super unhealthy and the one I worked at never got the consistency right so it’s basically sugar soup.” — 883Guy

“Veggie burgers at any fast food place. They take forever as they have to get chipped out of the freezer, microwaved and then thrown on the same grill they use for the regular meat.” — im_a_slav_4_u

“Used to work in a Dairy Queen. NEVER, NEVER, NEVER buy anything with the frappee mix. From the Misty things to the Moolatte. That mix smells horribly and in most stores is quite old, never leaving the machine. After a couple of days, it smells HORRIBLY BAD.” — flacocaradeperro

“As a Starbucks employee, please do not order anything off of the Secret Menu without giving us the recipe, especially in our Drive-Thru stores. We’re happy to make them, since it’s not that much different from someone wanting soy milk or extra whipped cream in their frappucino, but just coming in, asking for a Key Lime pie Frappucino and getting angry at me for not knowing how to make it isn’t cool. If you’re new to Starbucks, just show us the recipe, and we can make it in a jiffy, and have you on your way in no time.” — gagnorblu

“Unless you know the shake/smoothie machine was cleaned that day, do not drink either of those at McDonalds. The machine gets cleaned once a week and every time it was pulled apart there would be black slime/mould backed up inside the spout. The coffee machines got completely descaled and cleaned every day as did the fizzy drink dispenser heads but the other drinks machines didn’t.” — Thauma

“Worked at Coldstone. Don’t get raisins (if they stilll even offer raisins as a mix-in) they’ve been sitting there since the dawn of time.” — avantgardeaclue

“If you have a peanut allergy, going to five guys is the equivalent of hanging yourself.” — not_enough_characte

“I work at Applebee’s. Don’t eat our steaks. We’re a corporate chain and they’ve gone through everything in the kitchen to reduce prices, and that means buying s***tier food. Yes, even our steaks.” — rkbell

“I remember one time in college some friends of mine were at my apartment when they said they wanted to go to Taco Bell to get some ‘cheese roll-ups.’ When I inquired as to what exactly that was, I was shocked that they were trying to go out of their way to pay actual money for that. Within five minutes I’d microwaved them each three or four rolled-up flour tortillas with shredded cheese in the middle. They acted like I was some sort of culinary god, when in reality I’d just made the s***tiest poverty food I could imagine for probably $0.50 total.” — IRAn00b

“I worked at Wendy’s when I was 16 (32 now) but the meat in the chili is the burnt patties from the grill collected in a drawer, put in a bag, frozen then boiled and chopped up, up to a week later. This grosses my wife and some out, it doesn’t bother me.” — Johnny_Driver

“Don’t order fish filets or grilled chicken anything unless it is just after the bfast lunch switchover, it is right in the middle of lunch rush, or they are doing an advertised special on those items. They don’t sell alot outside of lunch rush, so you might get a patty that’s near the end of its cycle. Actually, if you want super fresh, hot food at Mcdonalds, go during lunch rush. Nothing is more than a few minutes old, including fries.” — monkeiboi

“Worked at 5 Guys Burgers and Fries. Yeah that bacon we make at 10 am before opening is the same bacon served at 6pm when you come in for dinner….. we also kept it on a low shelf (maybe just my location) so may time when we were cleaning the floor or moping the bacon would get covered with floor water.” — where_is_my_mind92 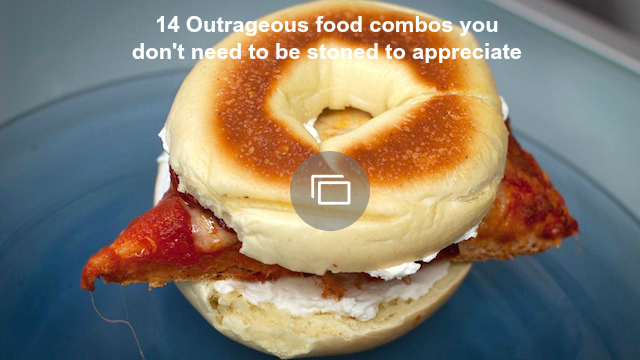