Five of the U.K.’s most popular celebrity dads have been immortalised ahead of Father’s Day. In pizza.

It’s all part of the promotion for its in-store Father’s Day pizza service, which lets you personalise a pizza for your dad from June 15 to 21. 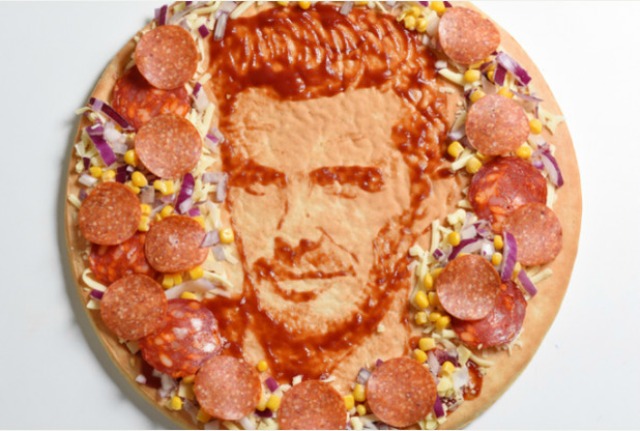 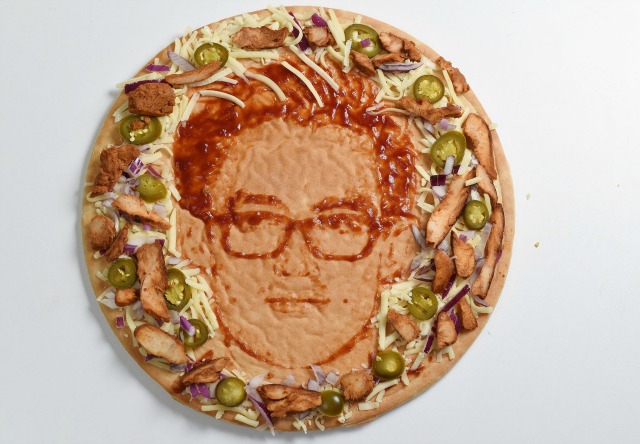 The celebrity pizza faces each took three and a half hours to make and were created by Nathan Wyburn, who appeared on Britain’s Got Talent in 2011 to show off his food art skills (he got through to the semi-finals after fashioning judge Michael McIntyre’s face out of Marmite and toast, in case you’ve forgotten). Wyburn has also created portraits using other non-traditional mediums, including glitter, coal, pasta and bolognese sauce, of celebrities such as Elvis Presley, Michael Jackson, Marilyn Monroe and Fabio Capello.

Unfortunately Wyburn won’t be on hand at your local Morrison’s to make your dad’s pizza portrait. That’s up to you.