Burger King, as the name implies, is known mostly for its burgers. But that hasn’t stopped it from adding two new items to the menu in select locations.

The chain is testing hot dogs and corn dogs in some restaurants in Michigan and Maryland, making residents of those states either the luckiest or unluckiest people in America right now, depending on how you feel about hot dogs. 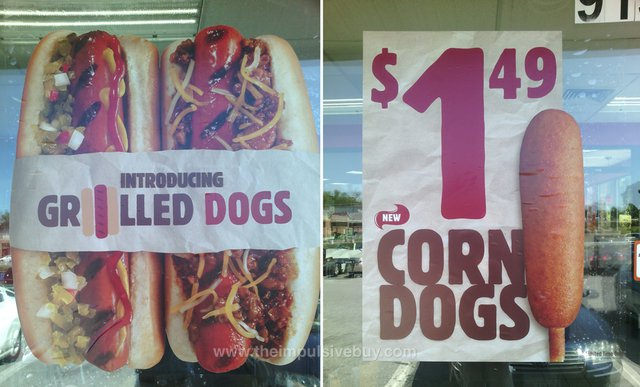 The hot dogs, billed as Grilled Dogs, and their exotic cousin, the simple Corn Dog, sell for $1.99 and $1.49 respectively, with more adventurous versions of the hot dog costing more.

The hot dogs come in four varieties: the Classic, served with mustard, ketchup, onion and relish; the Rodeo, which has onion rings, cheese and barbecue sauce; the Chili Cheese, which has — you guessed it — chili and cheese; and the A.1. Ultimate, with A.1. sauce, bacon and cheese.

The corn dog comes as all corn dogs do — as it is, a tube of meat unapologetically wrapped in cornbread.

The idea of a restaurant chain selling hot dogs isn’t exactly new. Sonic does it. Five Guys does it. There’s even a chain here in Texas called Wienerschnitzel that basically only sells hot dogs. It always has. But Burger King? It’s kind of a head-scratcher.

Ordering a hot dog at a place known primarily for its burgers is a little like ordering anything at Jack in the Box. Yes, you can order a taco, a burger or some egg rolls there, but you know that none of them will be the best taco, burger or egg roll. A jack of all trades is a master of none and all that.

Burger King makes burgers, and lots of people like the burgers Burger King makes. It’s what they do. They’re good at it. And sure, it’s tough to mess up a hot dog (although, slathering one with barbecue sauce is a great way to start), but it’ll be interesting to see if Burger King can pull this one off.

The reaction online certainly seems to be a mixed bag, with some people a little confounded by the idea…

… and others who welcome it…

You have to say this for Burger King: With a number of fast-food restaurants trying to revamp their images and retool their menus for healthier items, you really have to appreciate that Burger King is swimming upstream on this one. They know who they are and refuse to apologize for it. They’re like the goth kid that went to your high school — it didn’t matter how popular Backstreet Boys got, they weren’t about to relinquish their Marilyn Manson cassette collection.