There’s so much good stuff happening in the food world this week — let’s just dive in, shall we? You’re going to want to learn how to make those Oreo-stuffed doughnut holes, stat.

And don’t forget to check out last week’s most eatable news. The Most American Thickburger, complete with hot dogs and potato chips in the burger, is a must-see.

1. The Quesalupa is happening nationwide

We have the folks of Ohio (who obviously have great taste) to thank for the Quesalupa being released nationwide. Taco Bell recently tested it there, where it was a clear winner. Not surprising… Who wouldn’t want a quesadilla and a chalupa in one? No word yet on the release date, but add that bad boy to your 2 a.m. must-try list.

2. LEGO gummies you can actually play with

LEGOs are fine and all, but LEGO gummies? This is something I can get behind.

When you’re eating fried chicken, you don’t want to have to bother with wiping off your hands so you can text without getting your phone greasy. KFC solved your #firstworldproblem with the Tray Typer. This bluetooth keyboard tray liner was tested in Germany and was a huge hit. Maybe we’ll see them in the States soon. Greasy fingers crossed.

Remember the old Folgers jingle? “The best part of waking up is Folgers in your cup.” Something tells me Folgers doesn’t have anything on these pot-infused K-cups from Uncle Ike’s in Seattle. Yahoo reports that each pod retails for $10 and contains 10 milligrams of THC. It was bound to happen sooner or later.

5. While we’re on the subject… 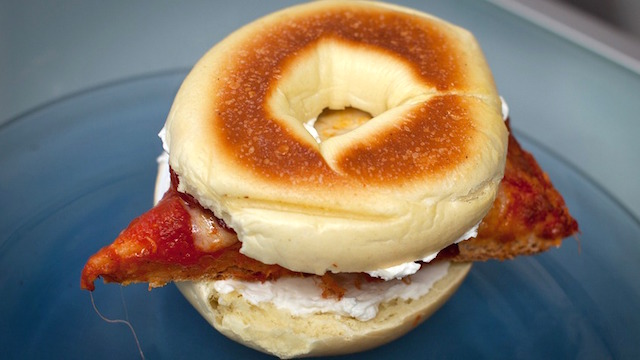 The internet is an amazing place. Proof: A stoner food album is currently going viral on Imgur. Whether you’re stoned or not, I think you will agree that these food combos look delightful. Who needs Bagel Bites when you can make a literal pizza bagel in a moment of clear genius? You’re going to want to check out all of these outrageous dishes.

6. Original New York Seltzer is back 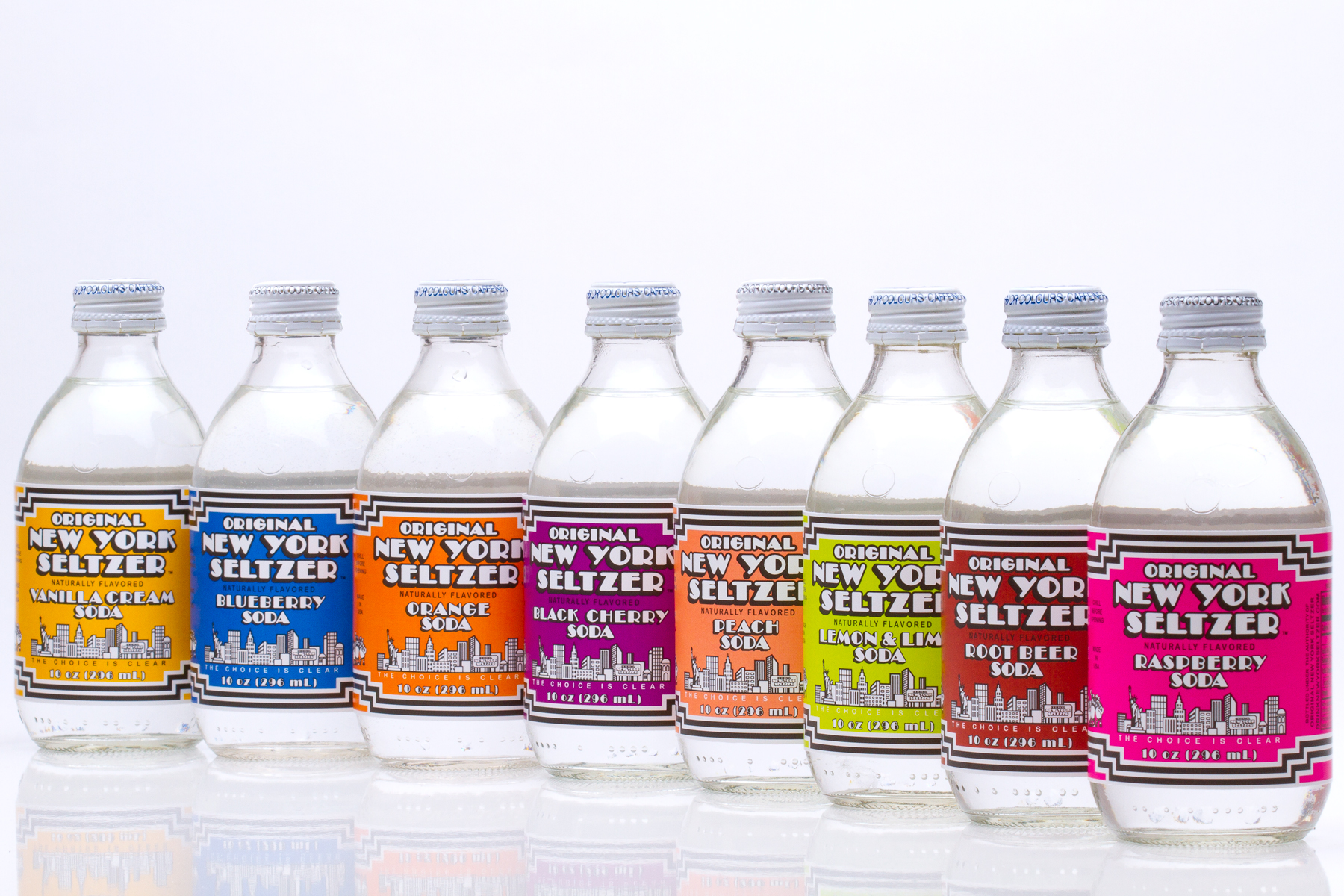 Original New York Seltzer is available again after over 20 years. Don’t those bottles just take you back? I loved black cherry when I was a kid, but as an adult, I’m thinking that would pair awfully well with vodka. I think I need to do some important research. Six of the original flavors are available now at major retailers. 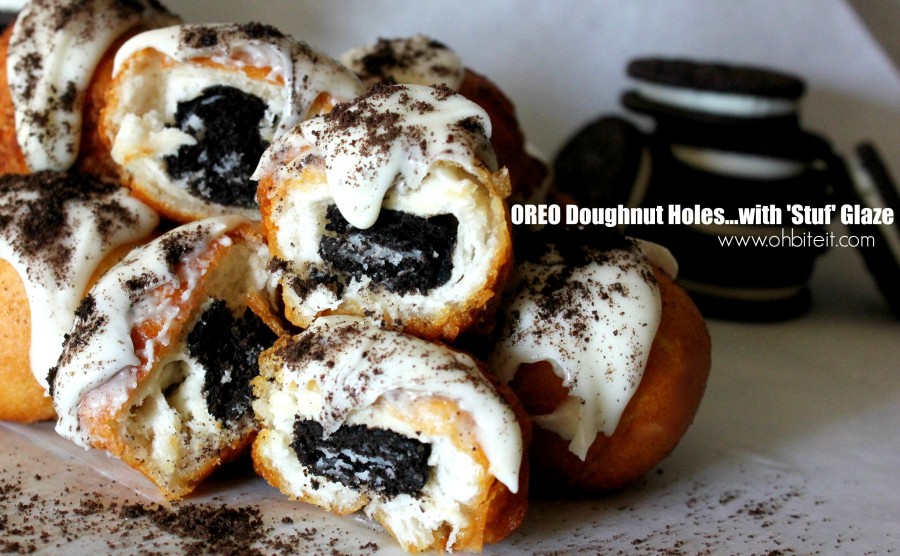 Obviously when you stuff a mini Oreo into a doughnut hole, good things are going to happen. But things get even better when you melt down the cream filling (the “Stuf”) and use that as your doughnut hole glaze. And then, because you’re fancy, you zest an Oreo over the top. This is the way doughnuts were meant to be eaten.

You know all those times when you just can’t deal with eating your burger and your veggies separately? Problem solved by the genius BBQ Pit Boys. Their beer can burger houses all your grilled veggies (and even some more meat if that’s how you roll). Oh, it’s also wrapped in bacon and topped with cheese. Watch the full video to see how they’re made. 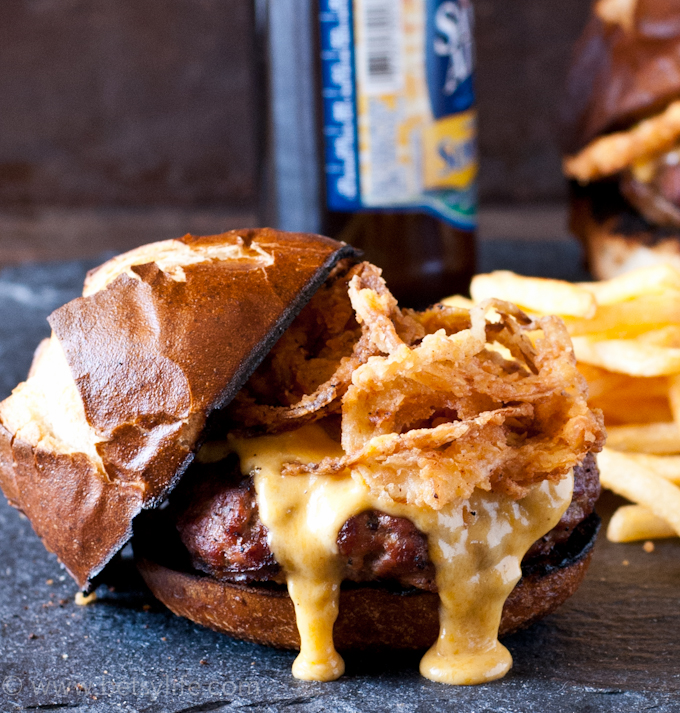 I can’t imagine a more drool-worthy burger than this one. Beer cheese. Crispy onions. Pretzel bun. Slow clap, Betsylife. This one’s going on my Memorial Day menu, for sure.