Finally, a Frappuccino that doesn’t require two hands to drink.

According to Starbucks, there are 36,000 ways to customize a Frappuccino. Now customers will have one more option: an adorable “mini” Frappuccino, available from now until June 6, for anyone who has ever side-eyed the calorie and sugar count of its bigger offerings or just for people like me, who like little beverages.

The new size is 10 ounces, which is 2 ounces less than a tall, so if you’ve ever wanted to enjoy your favorite iced cup of frothy deliciousness (s’mores Frappuccino, anyone?) without slipping into a sugar coma, you’re in luck!

The company tested the smaller size last summer in a few locations, but it is rolling out these bitty beverages nationwide for a limited time thanks in large part to the thousands of suggestions it got from fans of the drink who wanted more serving options.

The calorie and sugar counts will vary by drink but will definitely be less, so if you’re watching your intake, that’s great. But let’s be honest about what the true appeal of the mini Frappuccino is: It’s adorable. It’s like a little, tiny, baby coffee. Look at it! it’s like a little Frappuccino family: 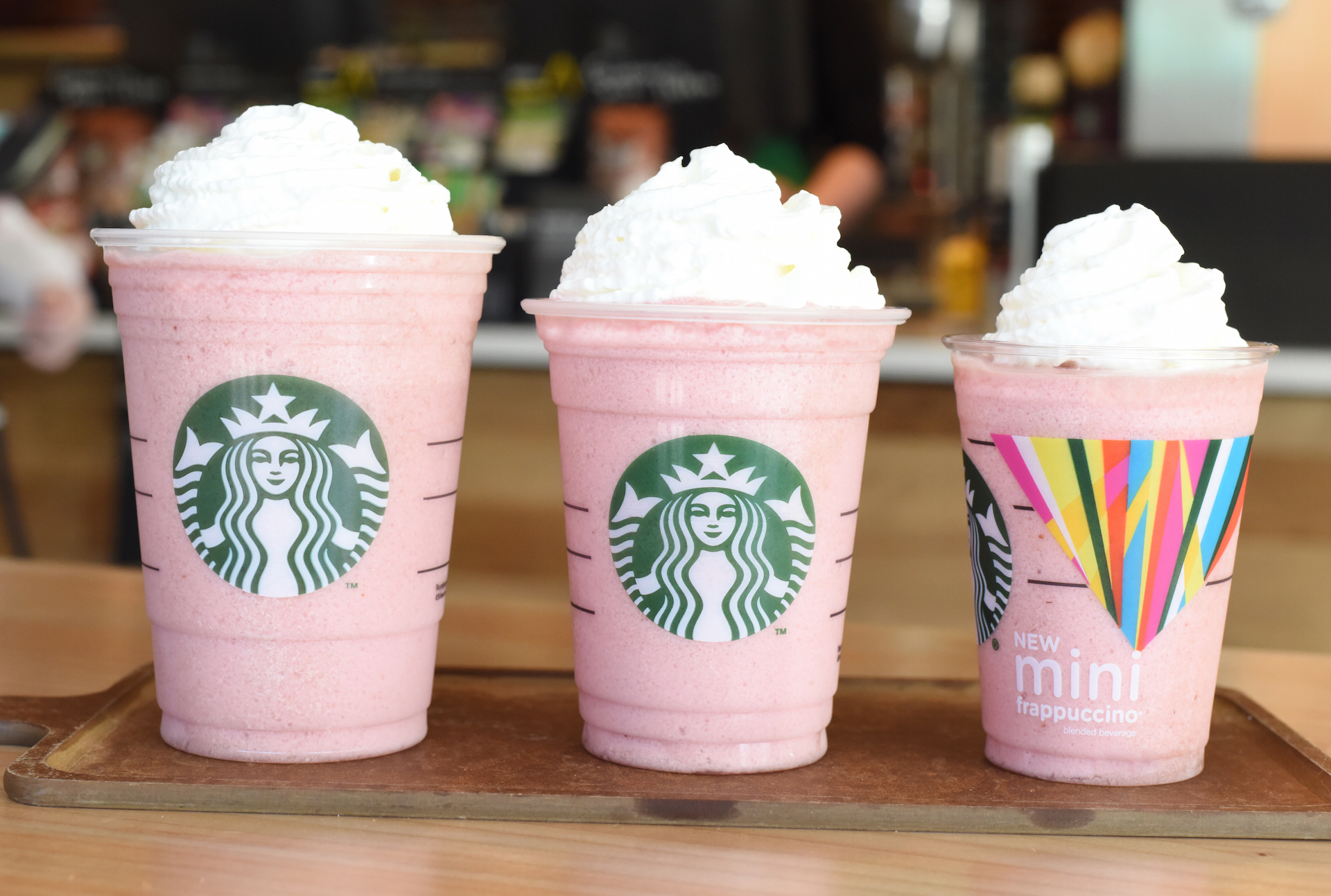 We have to hand it to Starbucks, it has delivered in a big way when it comes to its Frappuccino menu. It’s like it read our minds with its birthday cake and s’mores flavors, and now we’ll have a new way to enjoy them.

Of course, these aren’t perfect — not quite, not yet. For that, we’re going to need some mini cookie straws to drink them with.