If you’re a barbecue gal, you absolutely have to check out these 17 amazing barbecue joints around the U.S. 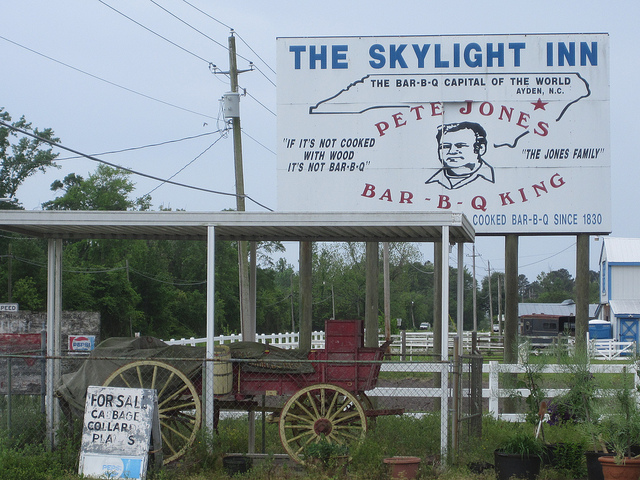 Talk about keeping up with the Joneses! Skylight Inn owner Pete Jones has been cooking up succulent whole hog barbecue since the 1940s. His ‘cue is so popular, he’s even served Presidents Reagan and (then VP) Bush Sr., who raved about the juicy goodness. 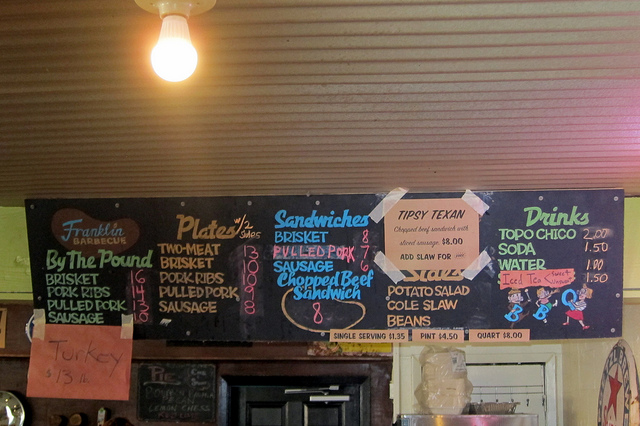 Mexican barbacoa is a favorite of Texans and Californians, and Aqui Es Texcoco (which literally translates to “Here is Texcoco,” a city in Mexico known for its pit-roasted lamb) is serving it up exactly the way we like it. They have tons of stuff on the menu, but you can’t go without trying their juicy, char-crusted, pit-smoked lamb with simple Mexican sides, including fresh tortillas, to act as a vehicle for your tasty meat on its way to your mouth. 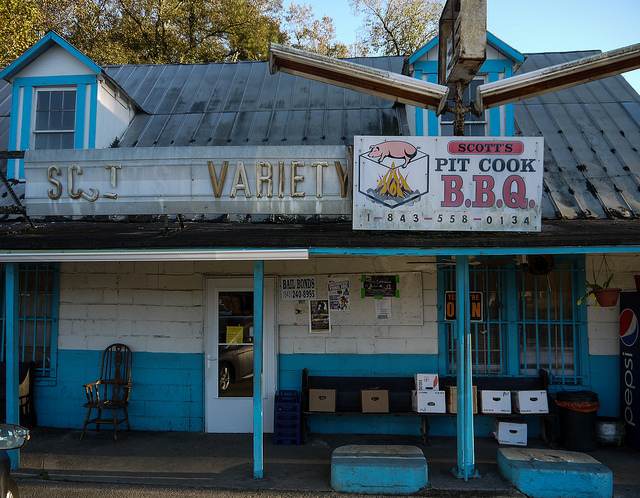 Call ahead to Scott’s Pit Cook Bar-B-Que to get a whole pit-cooked hog. This barbecue mecca has been open since the ’70s and is now operated by the son of the original owner, who cooks his meat on wood chips he chopped himself. Whatever you do, don’t forget to order a side of the fried skins. 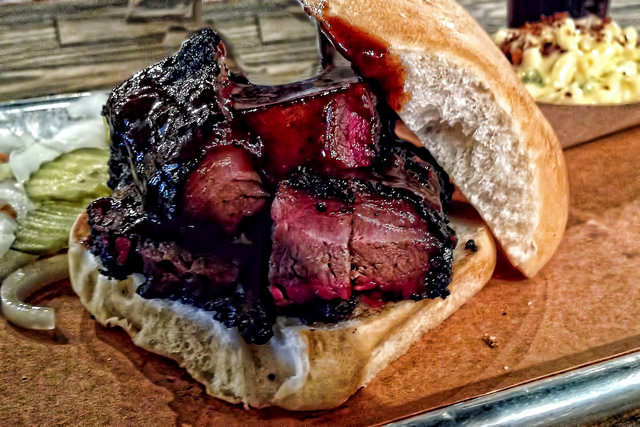 Aggressively smoky, the mesquite-smoked meat of Pecan Lodge from this corporate-couple-turned-restaurateurs is the toast (or should we say roast?) of Dallas. 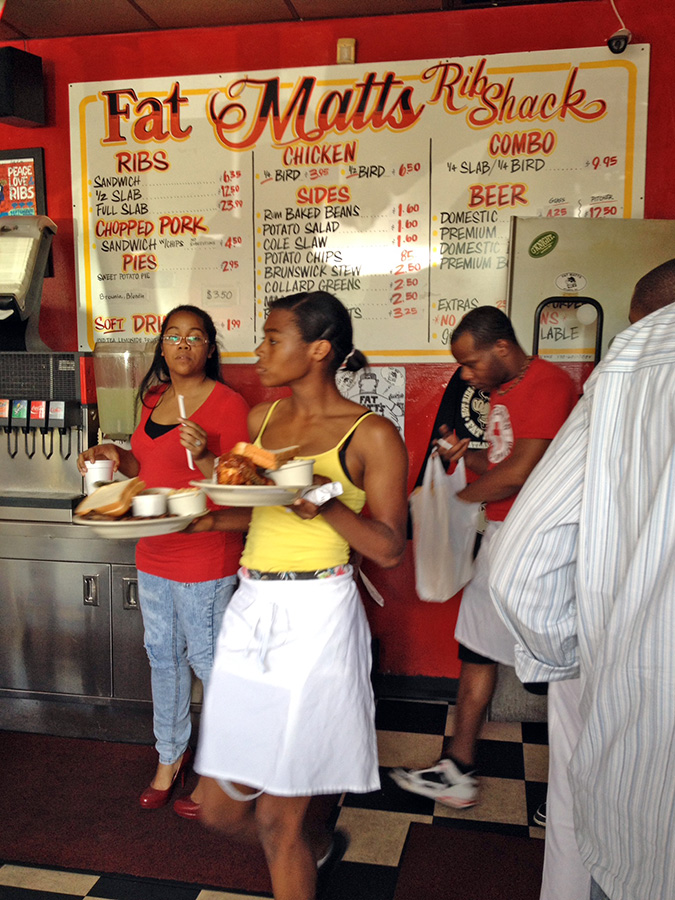 Make sure you get to Fat Matt’s Rib Shack early, because there will be a line out the door for the fall-off-the-bone ribs and tender, juicy chicken. Believe it or not, you can even get a rib sandwich, but a word of warning: Unlike the ones at Micky D’s, the bones are still there. But like we said, the meat will come off the bone so fast you’ll be grubbing down in no time. 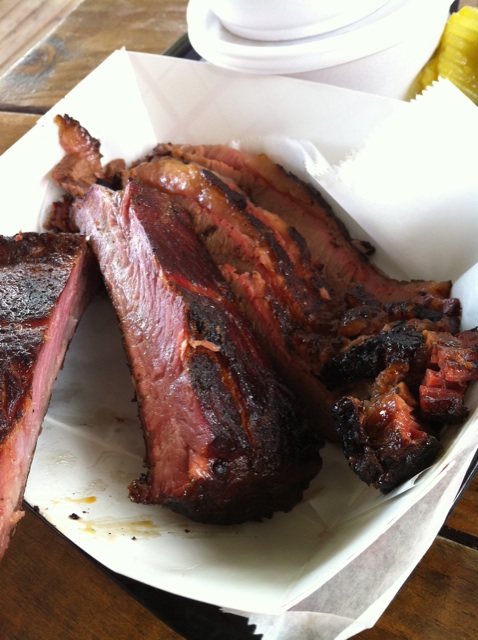 You might have to wait at Gatlin’s BBQ, but you’ll feel better about that since Greg Gatlin and his mom (who makes their incredible bread pudding) are working harder than you are keeping the whole place running. And best yet, they serve both baby back and St. Louis ribs. 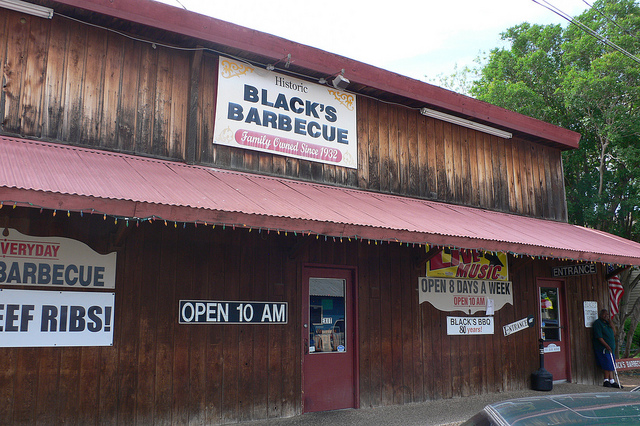 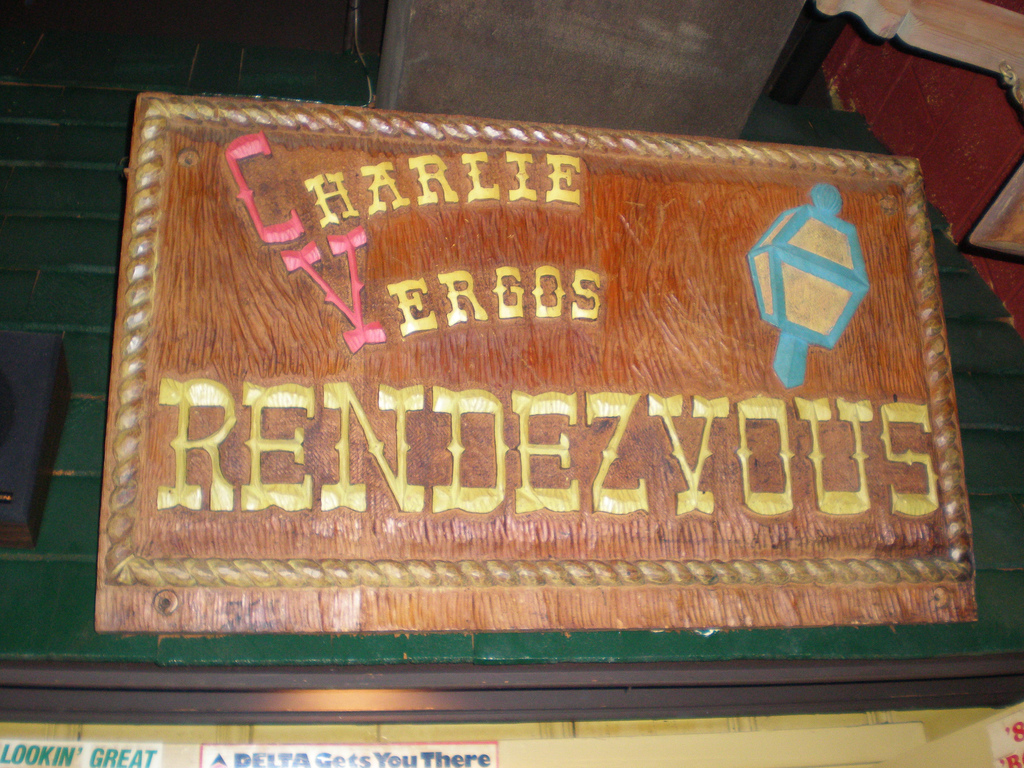 Mix Greek hospitality with the best Memphis barbecue served in a basement, and what do you have? An underground restaurant with ribs so good they’ve attracted presidents and celebs like the Rolling Stones. Charlie Vergos Rendezvous boasts (extremely accurately) “not since Adam has a rib been this famous.”

Chef Dan Kraus is doing something some Southerners might not appreciate. He’s trying to Ohio a barbecue destination staple… and this Southerner thinks he’s well on his way. Out of his mobile restaurant That Food Truck, he’s serving up his take on barbecue, like the Big Bad Wolf sub of slow-roasted, crisp, braised pork topped with bacon, harissa and chopped cilantro, or the crispy Chicken Confit, which is juicy chicken braised with Dijon-sherry vinegar, arugula salad and sunny-side-up eggs. This modern take on barbecue is a serious crowd-pleaser trolling the streets of Columbus. 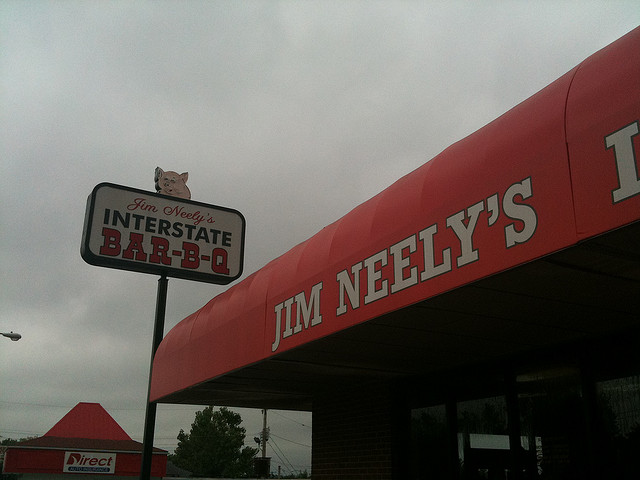 One of the favorite Food Network shows for anyone who loves honest-to-goodness traditional Southern food is Down Home with the Neelys. But Gina and Pat are more than just celebrity foodies. One of their barbecue joints, Interstate Barbecue, serves some of the most devilishly delish barbecue in Memphis. 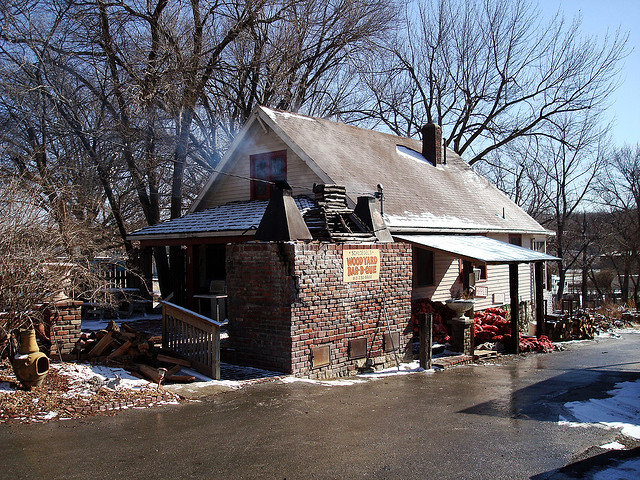 If you like nice restaurants with all the comforts of home, Woodyard Bar-B-Que isn’t for you. If you don’t mind eating out of a wood slat house in a lumberyard, with only a small chance you’ll get one of the few tables, just to have some burnt end chili and some of the best thick-cut, house-smoked bacon in the nation, this is the place for you.

Van’s Pig Stands‘ claim to fame is the perfectly balanced, smoky, spicy barbecue sauce that tastes amazing on every meat they cook to perfection. But while you’re there, don’t forget to ask for a side of their famous curly fries, some of which are over a foot long! 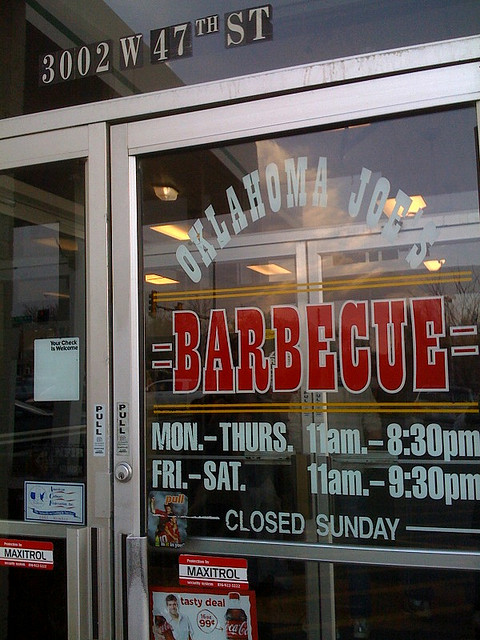 A trip to Kansas City isn’t complete without two things: a trip to badass watermark Verrückt and lunch at Joe’s Kansas City Bar-B-Que for that Kansas barbecue staple, burnt ends. Just a word to the wise: They serve burnt ends only on Mondays and Saturdays. 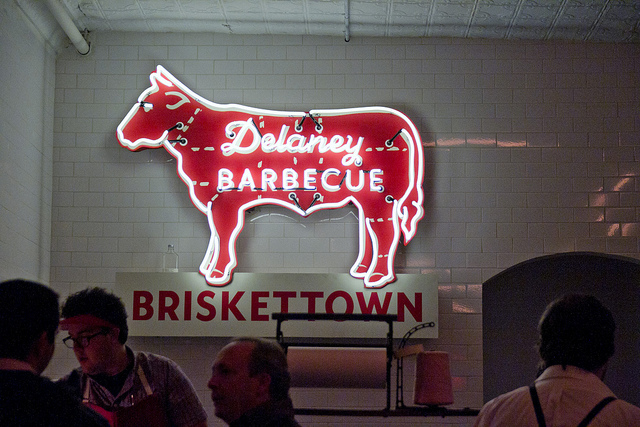 Sometimes simple is better. BrisketTown‘s juicy meat is crusted with a no-fuss black pepper rub and hardwood smoked to make this simple brisket one of the most popular eats in NYC. 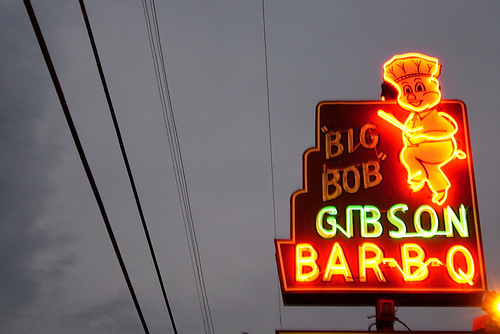 Big Bob Gibson Bar-B-Q has an array of sauces to choose from: white pepper sauce, tangy red sauce, peppery vinegar sauce and a mustard-based sauce. You can also choose dry rub instead. It’s been around since 1925, so you know it’s got to be good to keep locals coming back time and time again. 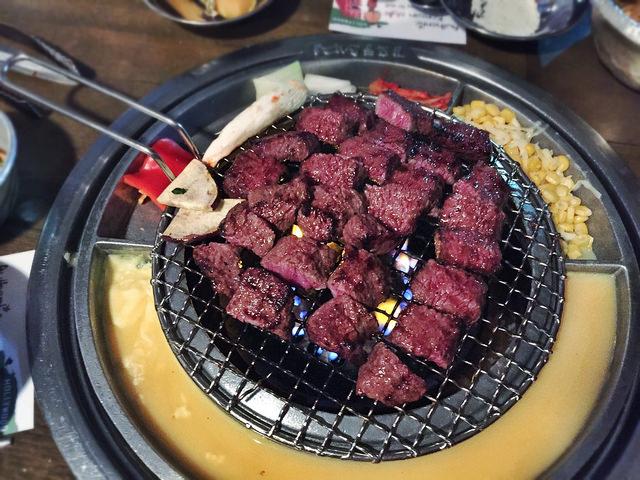 No proper discussion of barbecue would be complete without at least one really amazing Korean barbecue house, and Kang Ho Dong Baekjeong in NYC’s Koreatown is our pick for the top slot. The big draws at this K-town treasure are the ruby red brisket dipped in wasabi soy and apple vinegar sauce and the boneless short rib.

Make your own barbecue at home

This juicy Korean BBQ turkey burger is the perfect way to end your summer
Healthier, mouthwatering barbecue dishes under 350 calories
VIDEO: How to make the best homemade BBQ sauce