Buffets are a guilty pleasure. Or maybe they are unavoidable when you’re dining on a cruise ship or squeezing in a quick lunch at the hotel salad bar. But we all have heard the buffet horror stories before: Are foods on the buffet line really good enough to eat?

When it comes to food, I’m normally the type of person who firmly believes that ignorance is bliss. I don’t necessarily want to know “how it’s made,” because with my luck and my sensitive stomach, I would probably never enjoy eating again.

So buffets remain a mystery — an uncomfortable mystery I am finally ready to solve. I consulted health and nutrition experts to find out the answer to the burning question: What are the worst foods to eat on the buffet line? 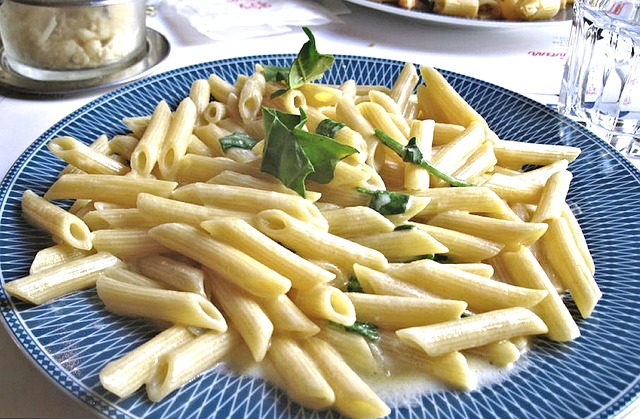 When it comes to health, there is an unfortunately long list of foods you should steer clear of at the buffet. René Ficek, RD, lead nutrition expert at Seattle Sutton’s Healthy Eating, considers buffets “hazardous to your health” because they encourage overeating and may be prone to foodborne illness. If you must dine buffet-style, scratch the cream-based dishes. Ficek explains, “Cream-based dishes are usually made with a combination of full-fat ingredients like mayonnaise, cream, butter, sour cream and cream cheese. These ingredients are jam-packed with saturated fat that increases cholesterol levels and damages the heart muscle. When examining the buffet, always choose red sauce over white sauce to greatly improve the healthfulness of your meal.” 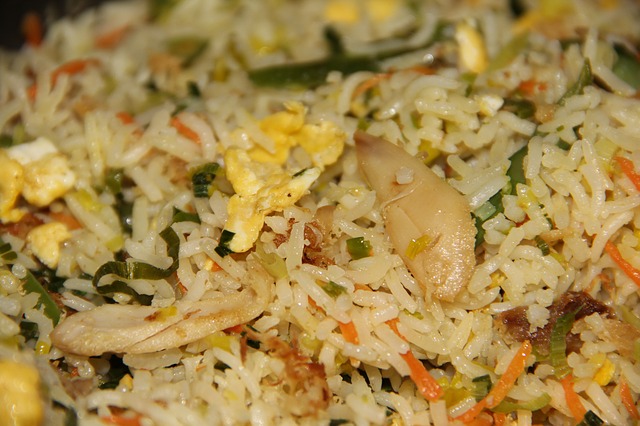 Let’s be real — fried foods at the buffet are going to destroy your balanced diet. David Dragoo, MD and health expert at Money Crashers, says that buffet fried rice and noodles are normally “loaded with calories.” Ficek adds, “Most oil that foods are fried in contains a large portion of saturated fat, or even worse, trans fat. And foods thrown into the deep fryer act like a sponge, soaking up as much grease as possible. Always choose baked items over deep-fried items to save hundreds of calories and unhealthy fat grams.” 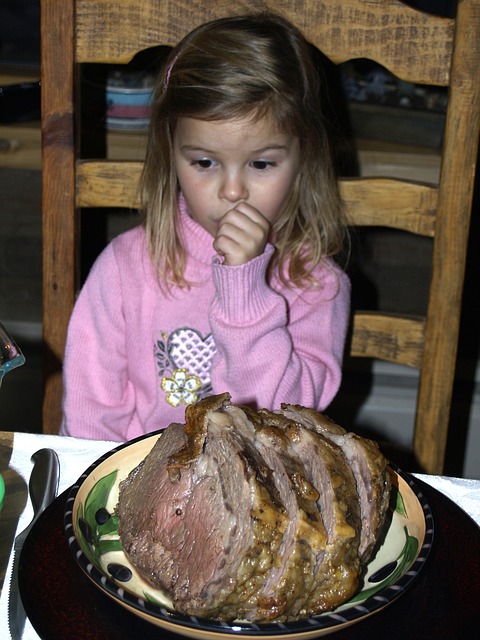 Not to worry — you don’t have to avoid all meat at the buffet, because then you’d have nothing left on your plate. But after taking a look at Golden Corral’s nutritional information, Heather Blanchette, RD, LD, says to choose your meat wisely. According to Blanchette, one slice of meatloaf at the Golden Corral is 45 percent fat. Golden Corral beef brisket is a whopping 63 percent fat. Blanchette says, “The Dietary Guidelines for Americans 2010 recommends that adults (ages 19 and older) should aim to keep their fat at 20 percent to 35 percent, and most of the foods you will find at a buffet will be well above that.” Dragoo adds, “Skip the prime rib, and go with something like flank steak if it’s offered. It’s healthier.” 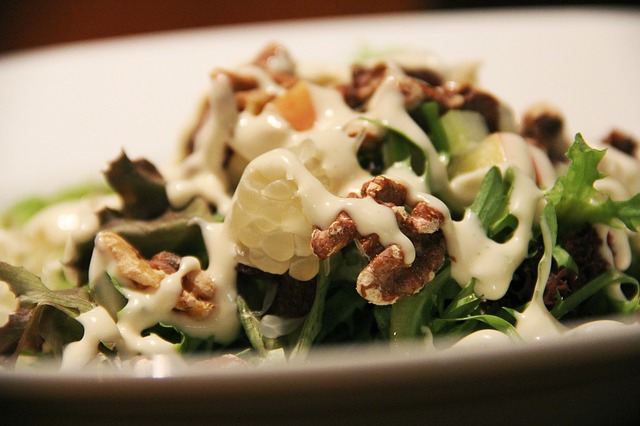 Salad dressings seem innocent enough because you’re supposed to put them on a salad, right? That’s where you’d be wrong. Blanchette says the high fat content of some salad dressings at the salad bar can sneak up on you. She recommends, “If forced to eat at a buffet, the best thing to do is to go online and look at the nutritional values of the foods.” 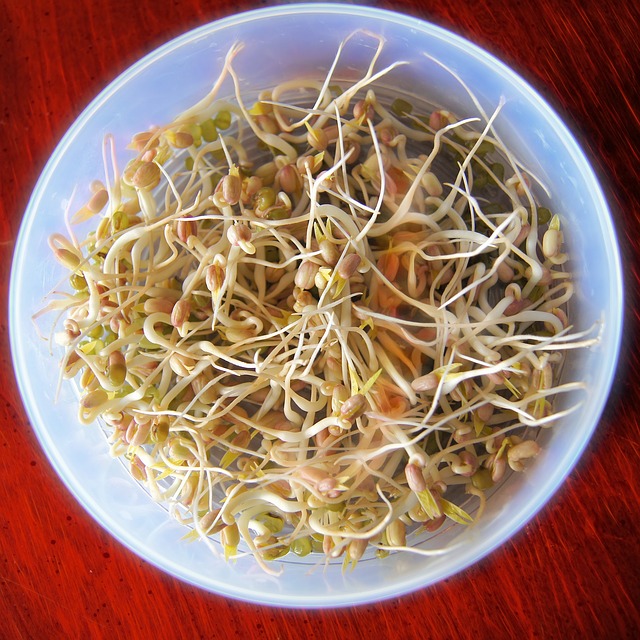 What’s wrong with a delicious green vegetable on the buffet line, you ask? Ficek says, plenty. She tells SheKnows, “If sprouts are on the buffet salad line, try to avoid them. Although they appear healthy, sprouts are one of the most difficult vegetables to thoroughly clean, making them susceptible to foodborne illness. They also grow in warm, wet conditions — the perfect breeding ground for bacteria. It is smart to just steer clear of them entirely.” 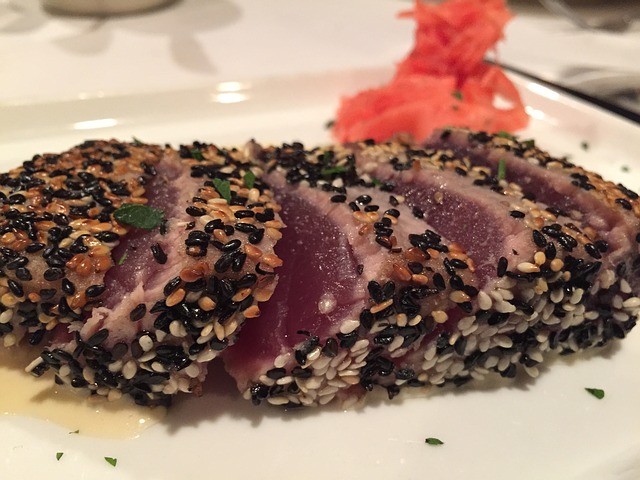 Tuna is delicious and nutritious, making it a buffet entrée favorite, but it might also be a top buffet contaminant. Ficek explains, “All fish needs to be kept very cold from the second it comes out of the water to when it hits the pan, and tuna in particular is especially susceptible to scombrotoxin, which can cause serious cramps and headaches if it’s stored above 60 degrees Fahrenheit. Tuna is one food that is likely to spoil on a food buffet if not stored and held at proper temperatures.” 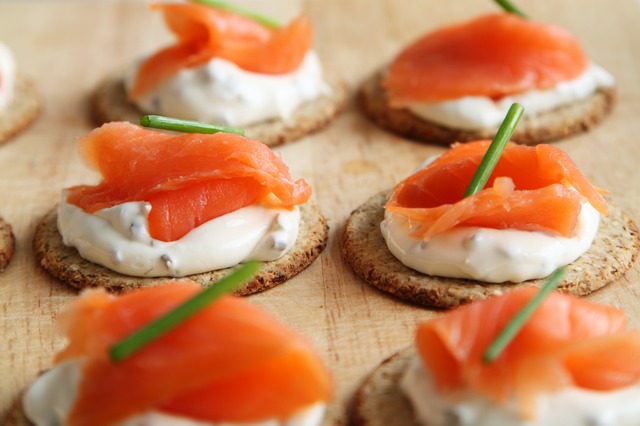 The buffet salad bar isn’t necessarily a no-no (considering that it might be your best bet for a healthy meal), but there is a catch. Dragoo says to watch your back, or rather your mouth, when it comes to uncooked foods on the buffet line. “Make sure that any uncooked foods (think salad bar) are iced down well before putting them on your plate. If not, you may be susceptible to food poisoning.” 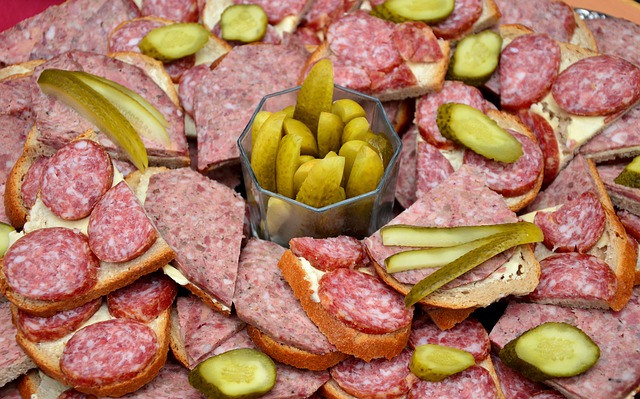 This should be a no-brainer, but consider it your buffet golden rule anyway: If other people aren’t eating it, there’s probably a good reason. According to NSF International guidelines, all buffets should stick to a two-hour rule: Food should not be left to sit out at room temperature for more than two hours (though we all know this isn’t always the case in a busy restaurant). Dragoo cautions, “In general, avoid any foods that simply look like they’ve been at the buffet for a long period of time, such as unpopular food items that most other patrons typically pass over.”