The ’90s were the era of grunge, boy bands, low-rise jeans and slap bracelets.

But what we miss most is the junk food. Even if these items were still around today, there’s no way we’d include them as a part of our healthy diet, but the ’90s were a special, special time when it came to tasty processed food nirvana. The band Nirvana too, but I digress.

These were, like, 100 percent sugar — and 100 percent my favorite thing to trade in the lunchroom for even junkier snacks.

Band-Aid gum made being hurt and chewing gum both seem a little cooler. Not for use with actual injuries; tasty nonetheless. 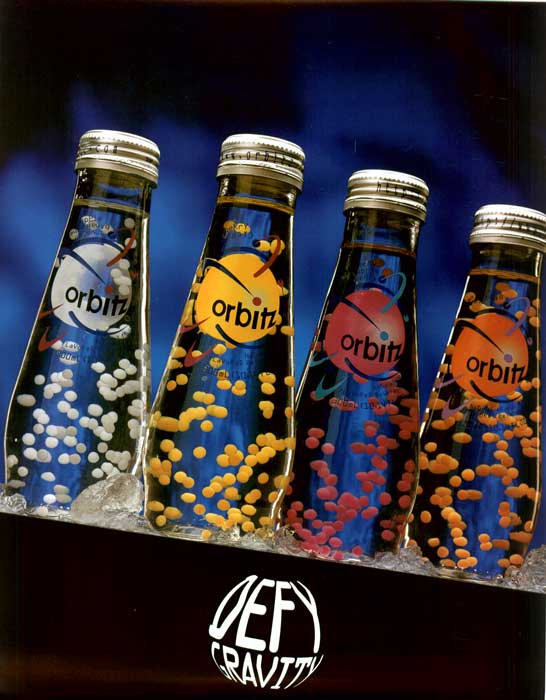 My seventh-grade homeroom teacher had a weird collection of bottles that included a bunch of these that students brought back from field trips to the science museum. I would stare at them thirstily all through class but never actually bought any on my own because… well, they look weird. 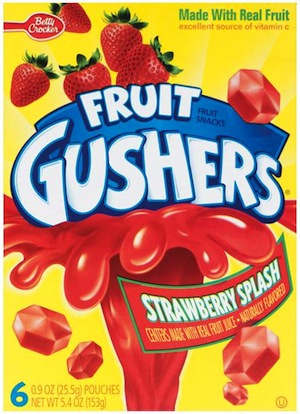 I’m pretty sure my classmate Warren still owes me, like, five boxes of Gushers. These ooze-filled gummies were sweet and sour and basically perfect.

5. Fruit by the Foot

Whether you savored every inch or unrolled it, squished it into a ball and downed the whole thing at once, Fruit by the Foot was like fruit leather with a butt-ton of delicious corn syrup added.

The ’90s had a true love affair with radioactively colored beverages that contained, like, 80 percent of your life’s recommended sugar intake per serving.

Cookie bits with frosting dip — the ultimate lunchroom dessert. Never forget how stressed you got trying to ration out that frosting to last through each and every cookie. 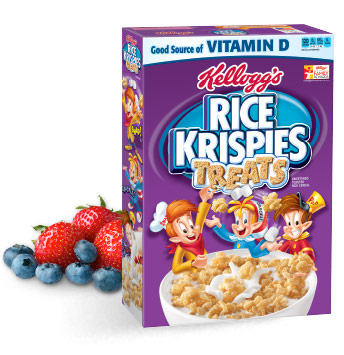 I still maintain that this is the best breakfast cereal ever created. Apparently it’s still available, though I haven’t seen it in the store in years. 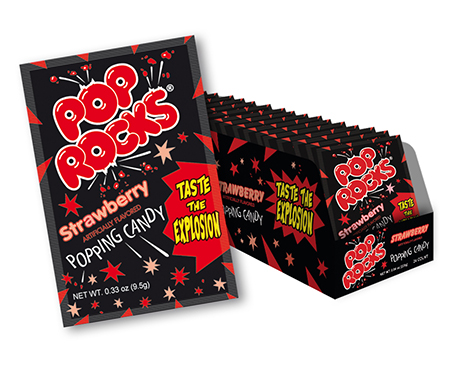 Allegedly Pop Rocks mixed with soda could kill you — an urban legend I challenged at every opportunity.

For some reason Bugles got really popular in the ’90s, and everyone thought they were super cool, but as far as I’m concerned, they were nowhere near as awesome as Doritos 3D.

See above. Also, the coolest 3-D snack experience ever, which is apparently making a comeback! 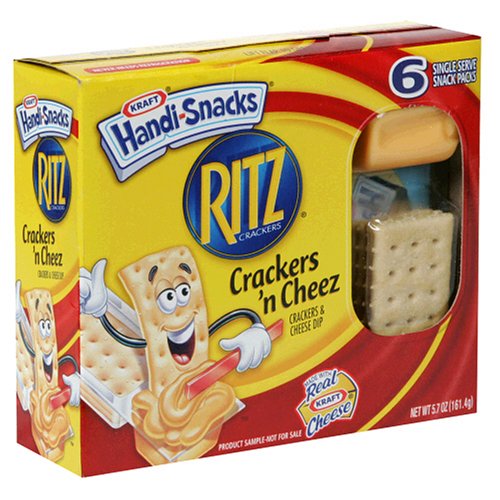 Take my word for it, the best way to enjoy these is to eat all but one of the crackers plain, then load the last with all the cheese you desire.

This container of gross bubble powder turned to chewing gum if you could keep it in your mouth long enough before coughing to death from inhaling most of it. In spite of that, I bought this all the time. 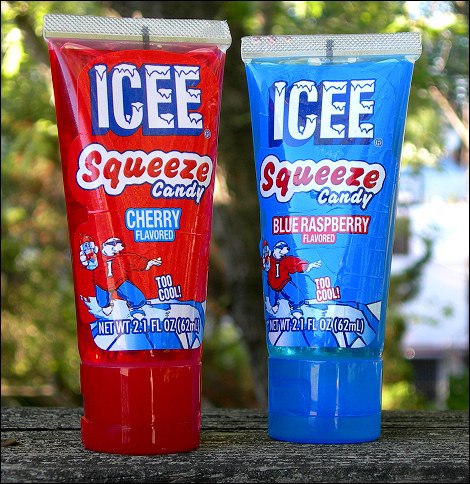 I don’t know what this stuff was (well, colored corn syrup, I guess), but for some ungodly reason it was super popular.

The most intensely flavored chewing gum out there. For about 30 seconds.

Trix yogurt was based on Trix cereal, both of which basically seem like breakfast candy to me now. Nothing like having an insane sugar crash at 8:30 a.m. during algebra class!

They still make this stuff. How do I know? My niece likes it. I guess sometimes there’s just no breaking the cycle.

War Heads were the worst/best candy. Intensely sour followed by intensely sweet, these little candies taught us a lot about the rewards that follow patience. War Heads Super Sour Spray was just evil, though. 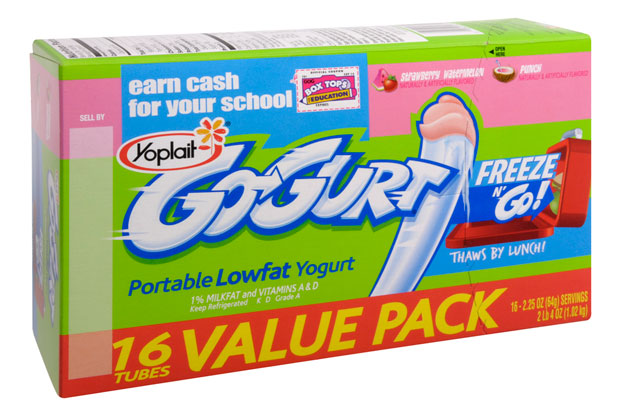 When Toaster Strudels came out, they changed my life. These were like the classy, adult version of Pop-Tarts, and eating them made me feel mature beyond my years. 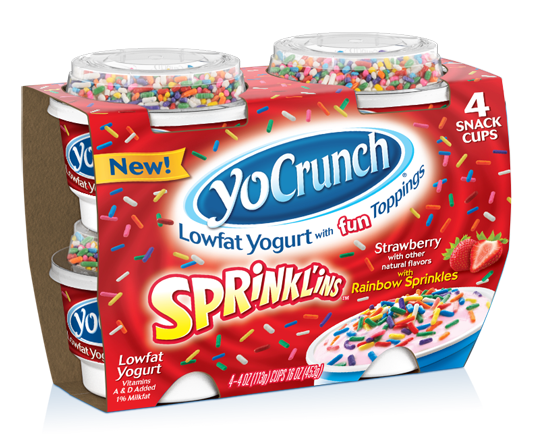 The Trix brand seems healthy compared to this stuff, which came with a canister of sprinkles to dump into your already sugary yogurt. But if you brought this to lunch, people probably thought you were cool.

Kudos were so good. My favorite teacher used to reward us for our knowledge in class by tossing us a delicious chocolaty Kudos, which I would then hoard so I could trade them at lunch. Shout-out to Mr. Abbot, wherever he is.

This taffy existed for two reasons: the mystery flavor (what is it?) and blue raspberry.