This week’s Eatable News has some very tasty tidbits, one of which will no doubt make Starbucks Frappuccino fans squeal in delight. Me? I’m doing a little squealing over the thought of Ben & Jerry’s branching into the beer business.

Catch up on all the fun, weird and delicious food news you missed this week. And don’t forget to check out last week’s most eatable stories. You’re going to want to see what a $100 doughnut looks like.

This new, family-sized box of calories from Pizza Hut contains two pizzas, fried chicken sticks, seasoned fries, dipping sauces, a Hershey’s cookie pizza and, not pictured, drinks. I’m not sure whether to be horrified or slightly excited, but I’ll be honest — I’m leaning toward excited at the moment. Unfortunately, for now the Triple Treat Box is only available from Pizza Hut Middle East. Bummer. 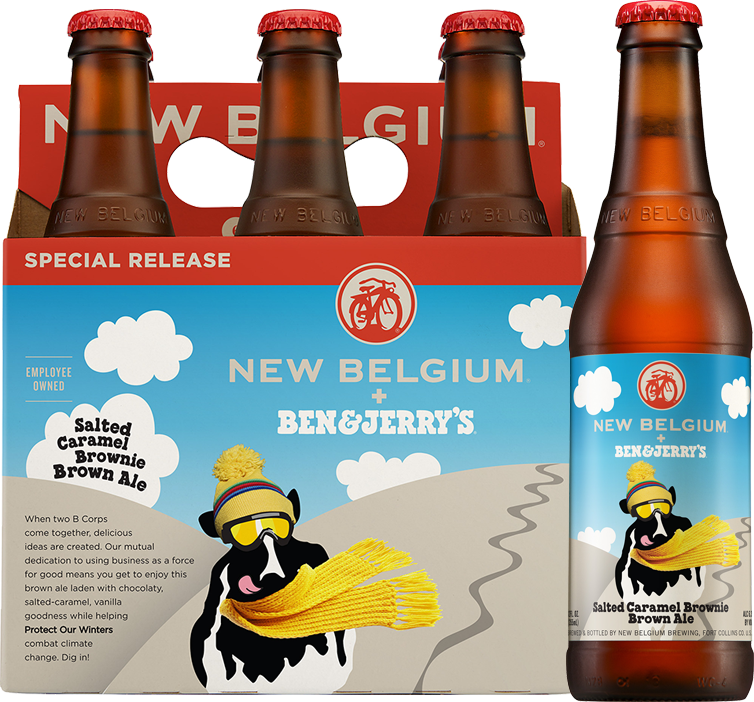 Ben & Jerry’s and New Belgium Brewing have partnered to make what I can only assume will be the best beer in the history of the world. I should probably just let my boss know up front: When this Salted Caramel Brownie Brown Ale comes out in fall 2015, I will likely be unavailable for several days. But it’s benefiting Protect Our Winters combat climate change, so really, I’d be drinking for charity.

It’s Stanley Cup time, but what’s really important is this dream trophy from Montreal restaurant Bar Brutus, made entirely of 20 pounds of bacon. I know actual hockey players might disagree with me, but I would rather win the bacon Stanley Cup than the real Stanley Cup any day. Reasons: 1) It’s made of bacon, 2) see number 1.

In weird food news, a fast-food restaurant in Japan made a burger without a burger. And people are buying it. (Yes, you read that correctly.) It’s the No-Shrimp Burger and — spoiler alert — does not contain a shrimp burger. There’s lettuce and tartar sauce, though, so you’ve got that to look forward to. And it’s only 210 yen ($1.76), which seems like a pretty reasonable price for not buying a burger.

Everyone, get ready to freak out. The S’mores Frappuccino is happening. Eeeeeeee! The marshmallow whipped cream, chocolate sauce, coffee, graham cracker concoction will roll out April 28, but only for a limited time. It will also be available in single-serve bottles, though, so you can stock up to last well into camping season. 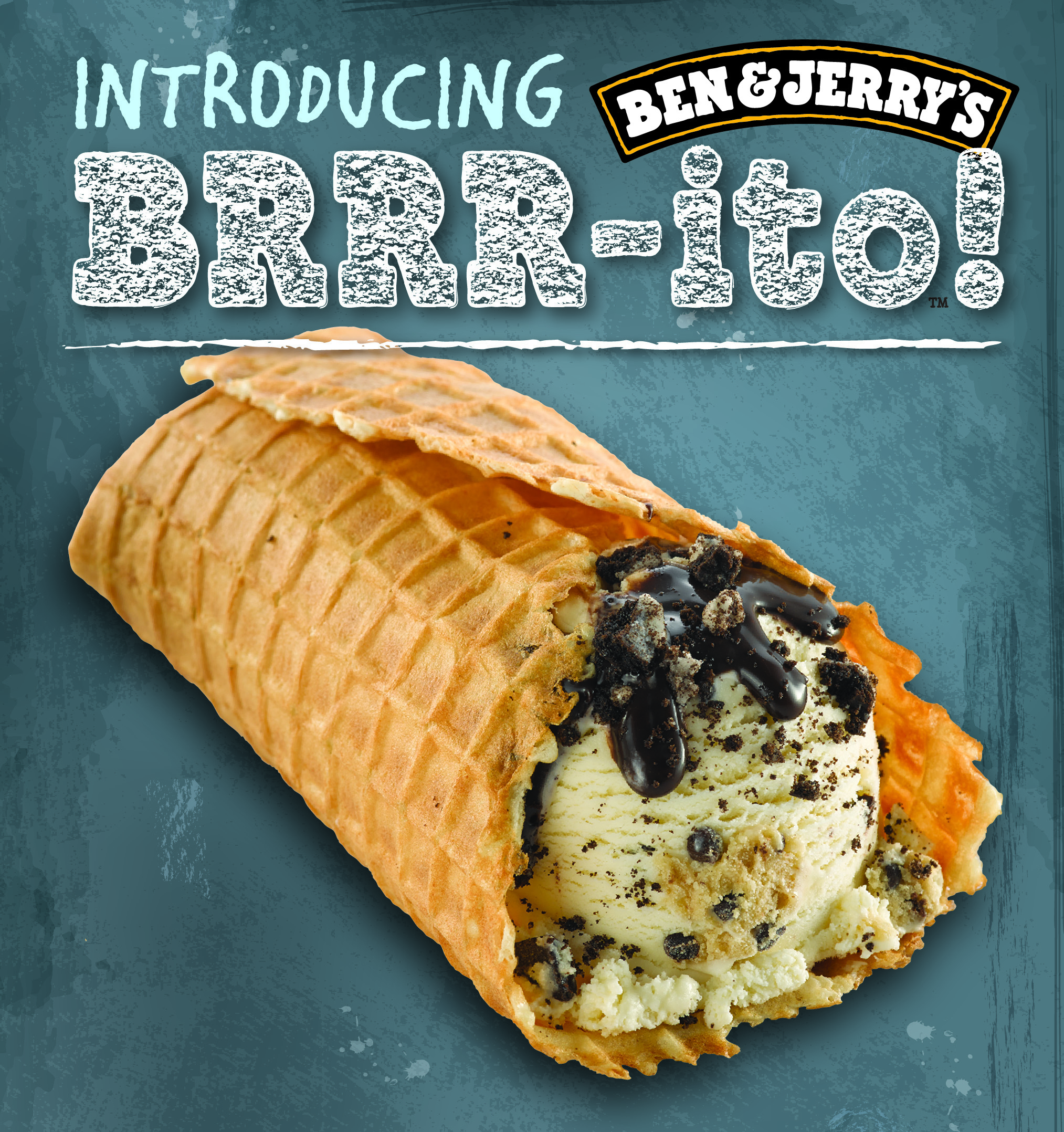 Two pieces of Ben & Jerry’s news in one week is almost more deliciousness than I can handle (especially when one of them is beer). The new BRRR-ito you see tempting you there is Ben & Jerry’s latest creation that will roll out in scoop shops April 20. What do you think about a BRRR-ito/Salted Caramel Brownie Brown Ale combo? Sounds pretty fantastic to me. 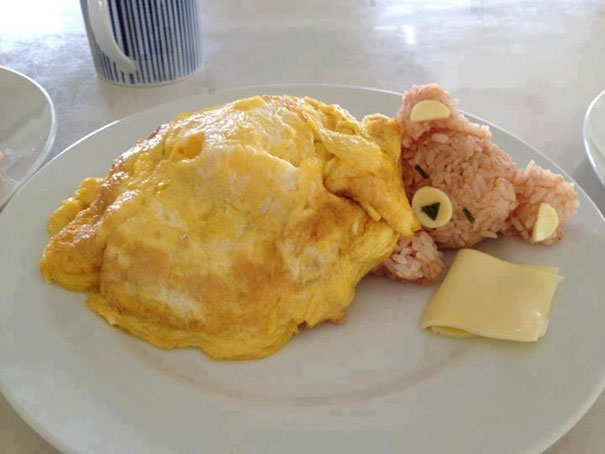 Because when you post a rice bear sleeping under an omelet blanket on Imgur, of course it’s going to rack up over a million and a half views in 24 hours. Everyone likes to look at cuteness… Nothing wrong with that.

Phumplings has got to be, hands down, the best food mashup name ever. I’ll let Phumpling Co. of Brooklyn tell you all about these delectable pouches: “We make tiny mouth-watering bowls of pho packed into bite-sized soup dumplings. Hand-folded and steamed to order, these flavor bombs are topped with basil, a touch of hoisin, and a hit of Sriracha. We finish them off with a few drops of lime and they’re ready to go.” Man, I wish I lived in Brooklyn. 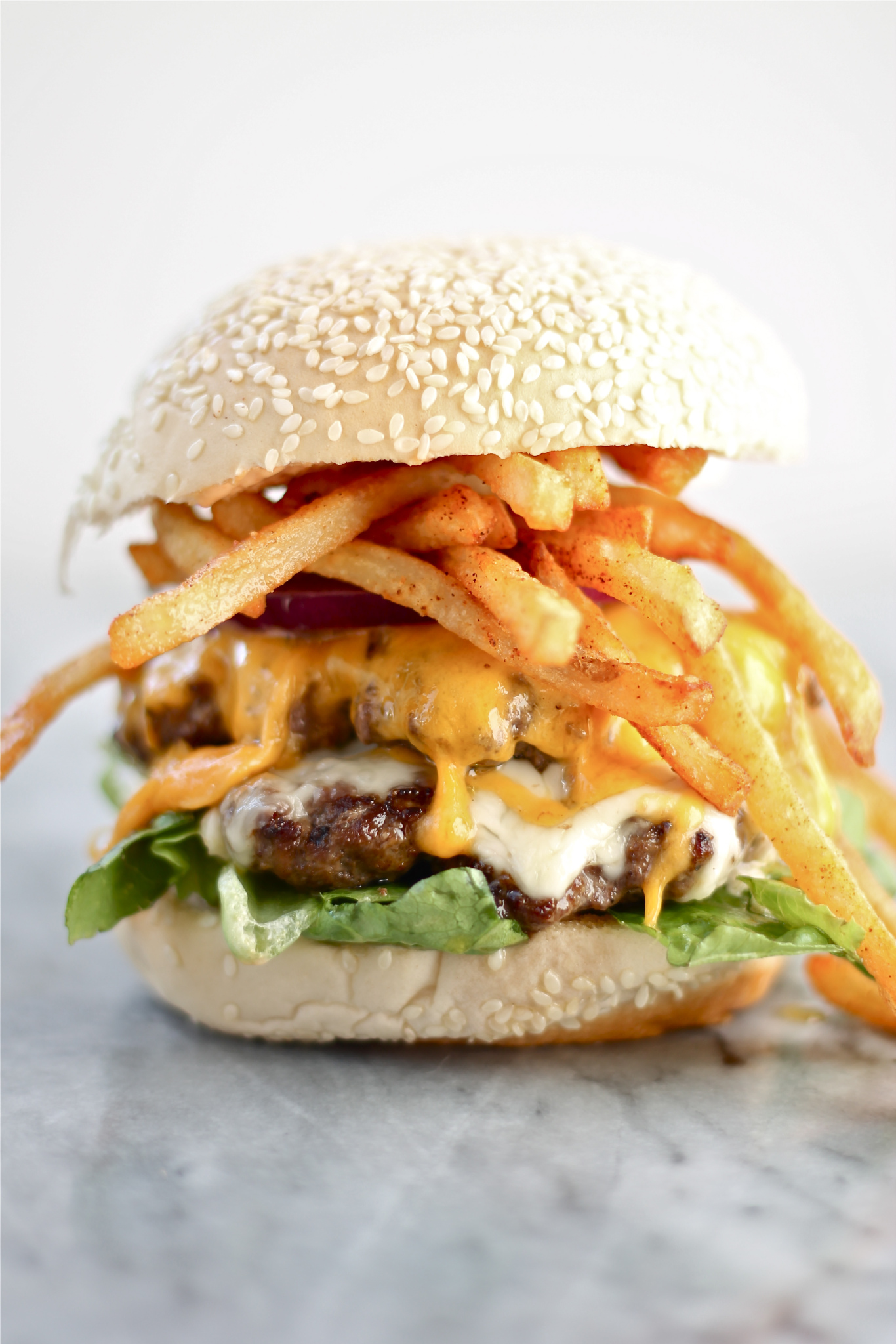 This out-of-control (in a good way) burger from Perpetually Hungry has a lot going on. Let me start with homemade bacon mayonnaise. That right there would be enough to convince me of its drool-worthy status, but then you throw in two cheesy patties and seasoned fries, and well, I’m done. Recipe of the week, no question.

Ben & Jerry’s BRRR-ito wraps up a new way for you to love its ice cream
New alcoholic drink specifically ‘for women’ needs to rethink its audience
Grilled cheese lovers get more booty, according to new study