People love to eat, and people love to play with their phones. It’s no surprise, then, that there are hundreds of food-based apps you can download to help you order online, cook better, eat cheaper, find new restaurants and even start a new food lifestyle.

Technology is a wonderful thing, and it has done wonders for shaping just about everything with food, from how we grow it to how we ship it to how we eat it. There has been an explosion of food-based apps in recent years, and given how quickly new apps come to market, it can be hard to keep up, but still, we found 15 new apps that are making us rethink food. 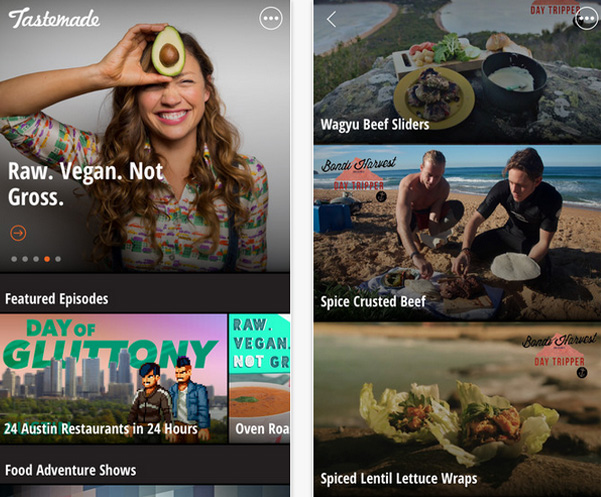 Tastemade is known for its video city guides and food reports. While available online or via such mediums as Apple TV, Tastemade now comes in app form as of late March 2015. To watch any of its amazing videos (we recommend Day of Gluttony), just fire up the app, and tap. 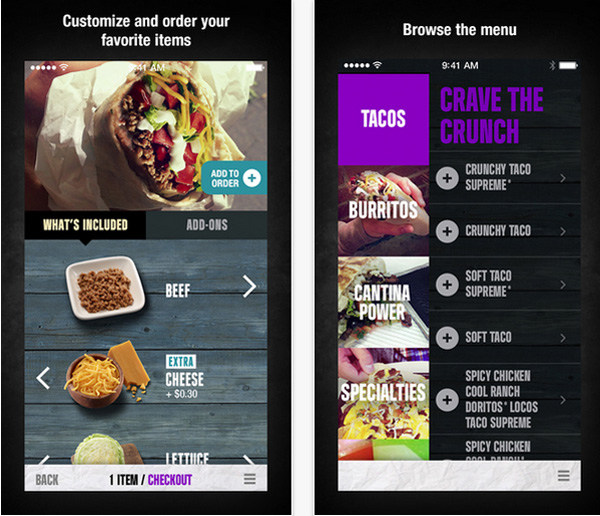 While the Taco Bell app is hardly new, the functionality it offers hungry runners for the border is fairly impressive. Those lucky fast-food aficionados who download the app can place their order, pay for it and pick it up without fussing with standing in line. Not too shabby for an iPhone app. 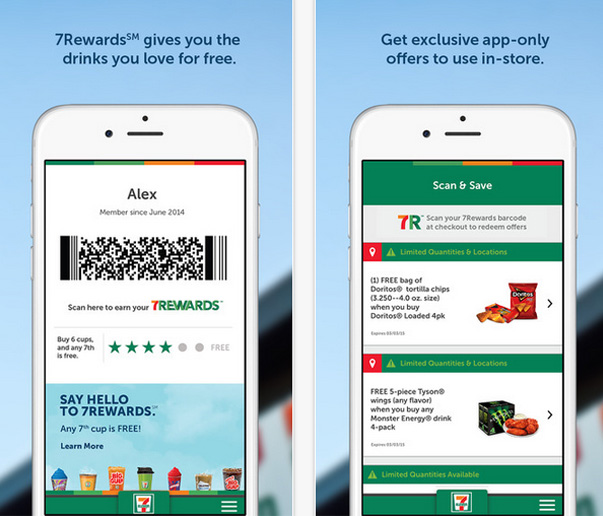 International chain 7-Eleven has another app that’s been around for a while, but you finally have a great reason to download it: free drinks. For those who live near a 7-Eleven, you can use the app as a frequent buyers’ card to get your seventh drink free. Expect more apps to replicate this functionality. 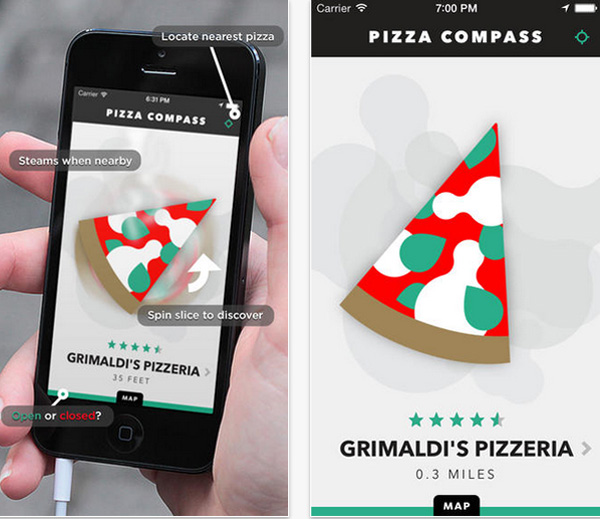 Next time you’re hungry for a slice, wouldn’t it be nice if a giant slice of pizza in the sky told you where to go? Well, until that happens, Pizza Compass will use a slice of pizza on the screen of your smartphone to get you to a pizzeria stat! 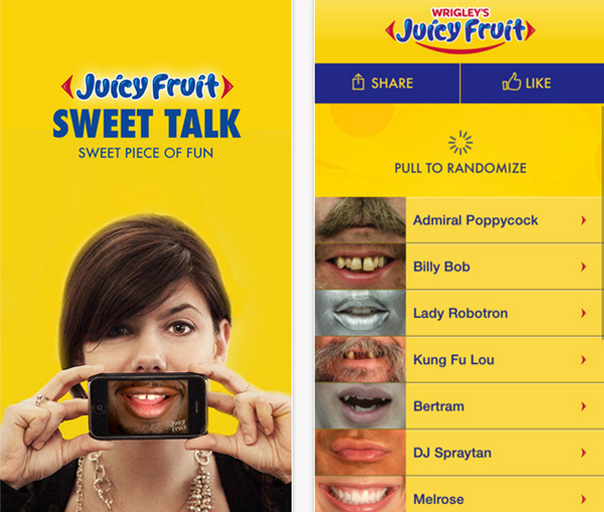 After that pizza (or before — we don’t judge), you’re going to need cakes, cookies, ice cream or all of the above. Sweet Talk is just the app to help you locate a sweet shop and get you there in the shortest amount of time. 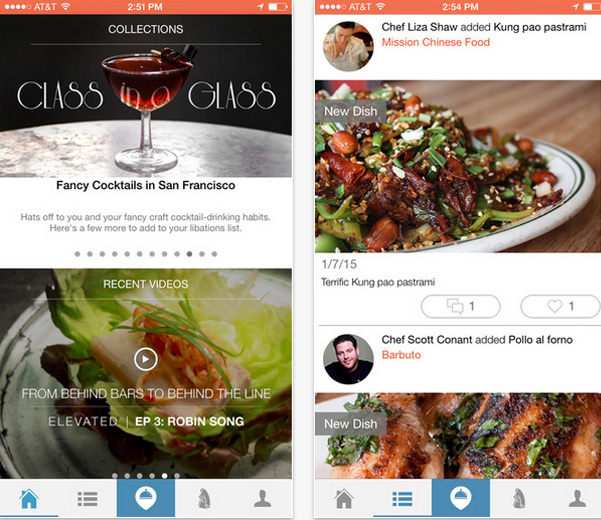 If you live around Chicago or will be there sometime soon, Chefs Feed is a really great way to learn what the pros are eating. Following iconic Chicago chefs like MasterChef’s Graham Elliot, this app will show you what and where the big names are dining. Hopefully it will come to more cities soon. 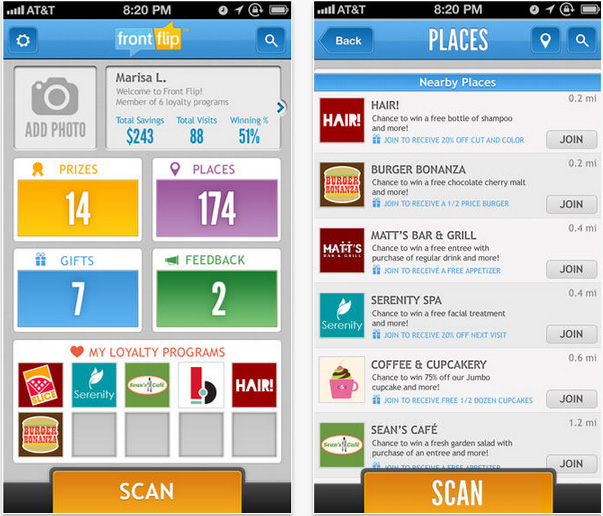 A mainstay of the Midwest’s desire to get food at a discount and have some fun with it, Front Flip is a great app that takes couponing to the next level. All one has to do is scan a QR code and scratch to win. Usually everyone is a winner, with prizes ranging from free soda to free meals. 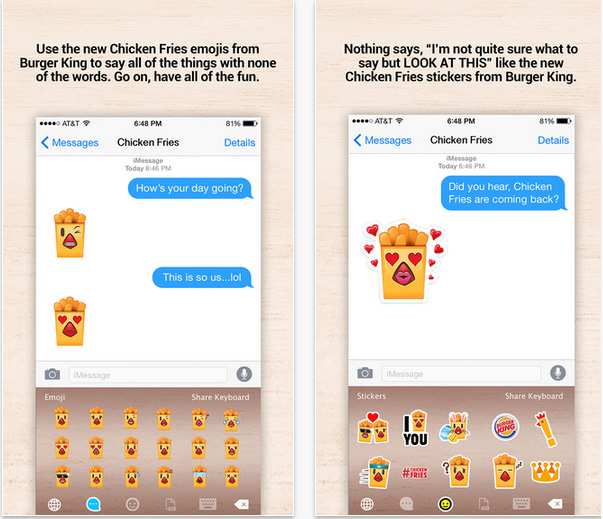 A lot of brands could take a page from Burger King‘s marketing playbook with this app. Rather than making users download highly specific apps that do little other than push messages at a less-than-captive audience, Burger King chose to have fun with its chicken fries app, which lets people use chicken fry emojis as they talk to their friends. Not the most useful app, but it’s still a lot of fun. 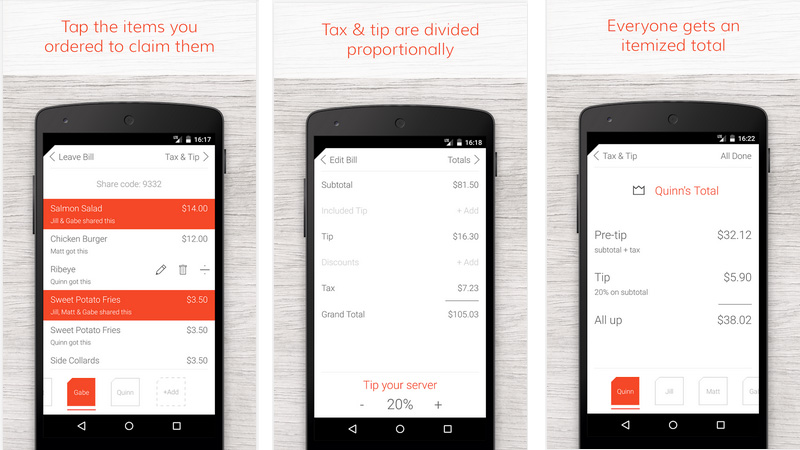 Splitting the check with friends is always such a pain. Fortunately now there’s something you can do about it. Just download Tab, tap what’s yours, and you know exactly how much you have to pay. 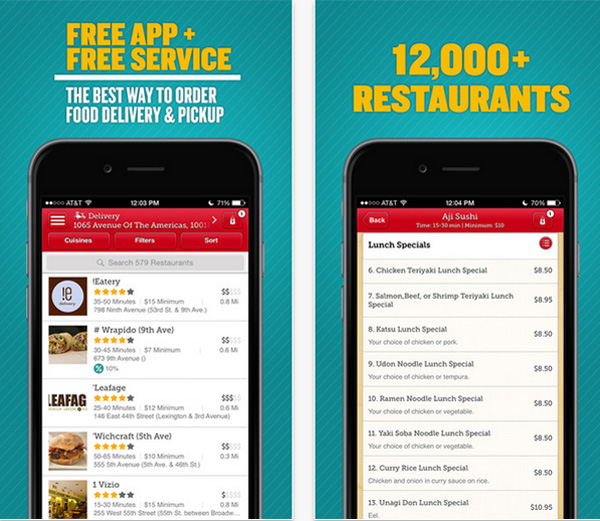 Seamless isn’t exactly a new concept. There have been food-ordering apps and sites for as long as there’s been home internet (remember Prodigy? We didn’t think so…). However, food-ordering apps are a huge trend and will only get more popular in large cities that support late-night food cravings. 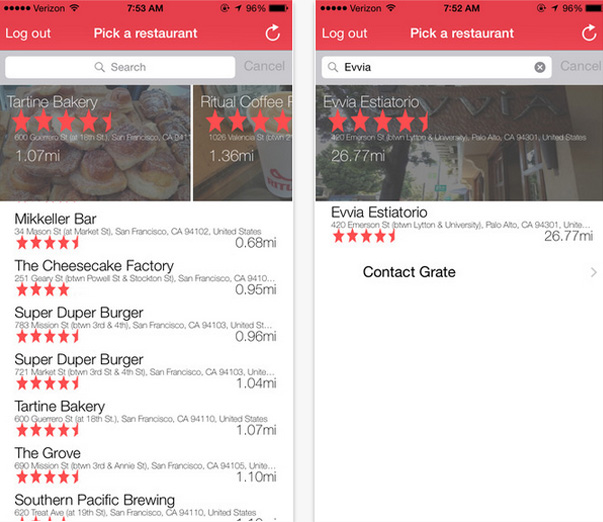 Set to be released in early April, Grate puts the power of customer service into users’ hands by allowing them to rate their servers. This may well be a powerful app, since service, more than food, can determine if a restaurant experience is pleasurable or deplorable. 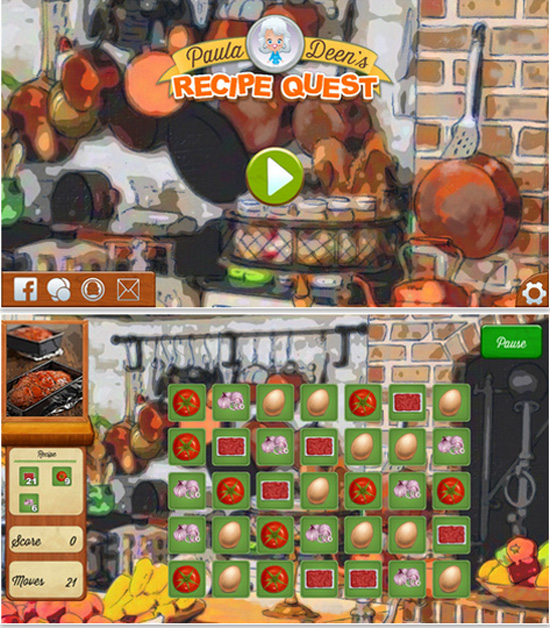 Filed under “Now we’ve seen it all,” Paula Deen has broken into the mobile app not with digital butter (which was our best guess) but with a Candy Crush-like game that offers real-world prizes for in-game success. 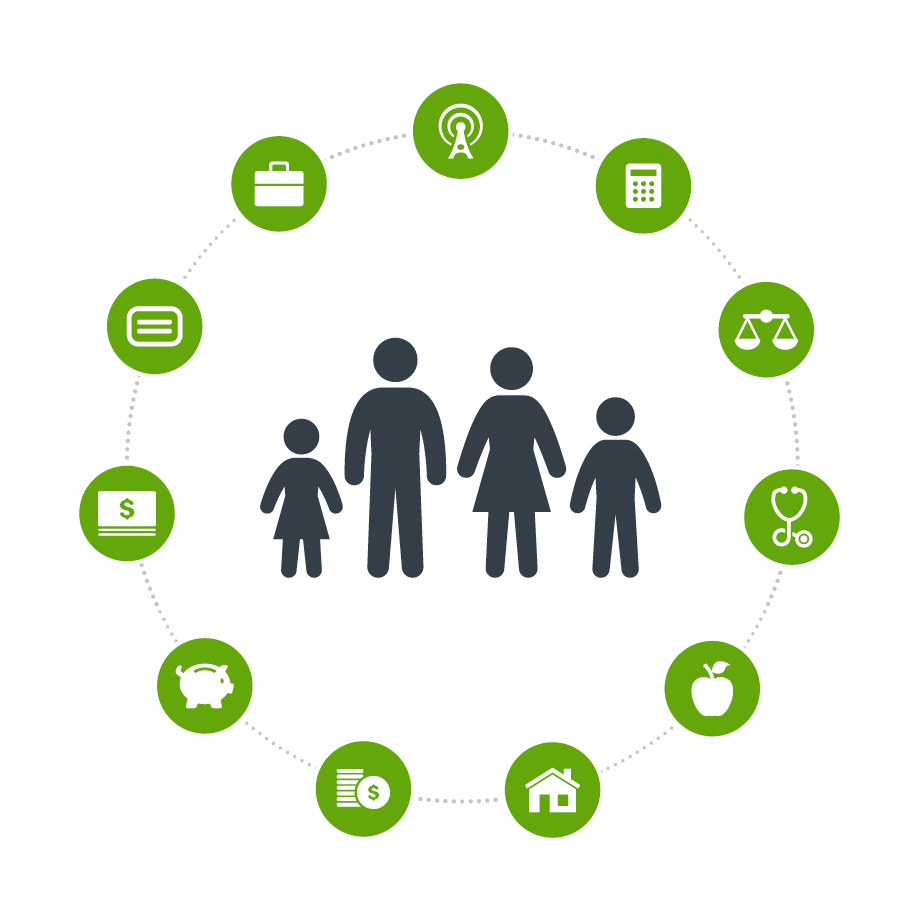 Single Stop is perhaps the most charitable and perhaps most important app on this list. It’s an in-development product designed to cure all the ills of poverty, including hunger. Using this app is a great way to give back to your community and the world or to get the help you need.

Does what you’re eating contain GMOs, arsenic or something else you really don’t want to eat? How nutritious is that food, really? If you don’t know, ask EWG’s Food Scores. It’ll tell you from its database of nearly 80,000 foods.

15. Williams-Sonoma Recipe of the Day 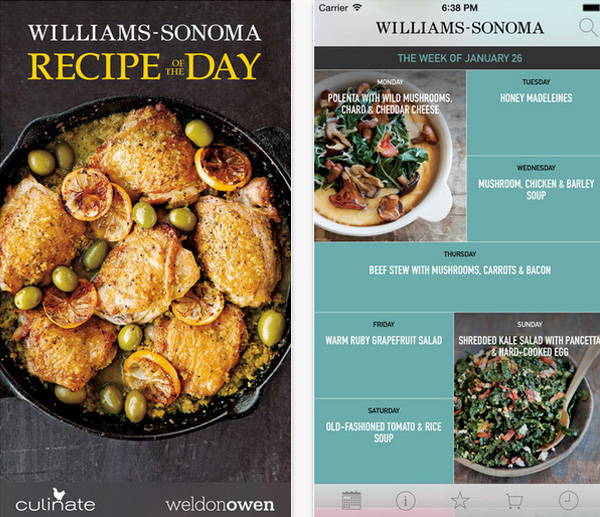 Leave it to one of the best gourmet stores in the world to come up with a beautiful way to cook food. The Recipe of the Day app provides some very pretty recipes for you to turn your kitchen into your own gourmet retail store.