Sushi is supposed to be this magical import from Japan. However, once it hit American shores, it got transformed. Like many foods we’ve adopted from other countries, we’ve given sushi our own little spin and have, in fact, invented a number of rolls on American shores we can only hope are as popular abroad as they are here. 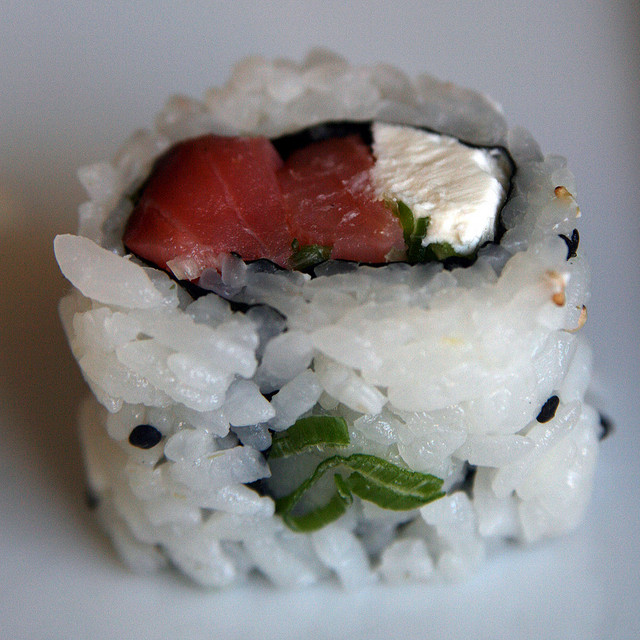 Hard to believe that a roll with Philadelphia cream cheese was invented here, but this beauty made from cream cheese and smoked salmon was. In fact, most cream cheese-laden rolls are American creations that are actually starting to enjoy popularity across the sea. 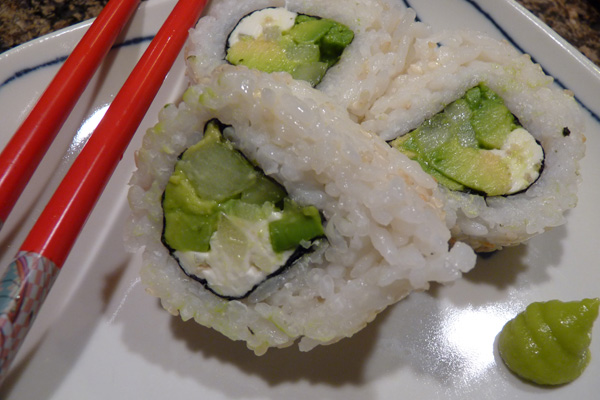 Again, the cream cheese is a sign that this is an American roll. However, the addition of avocado, which is a distinctly Mexican ingredient, makes this roll another American gem. 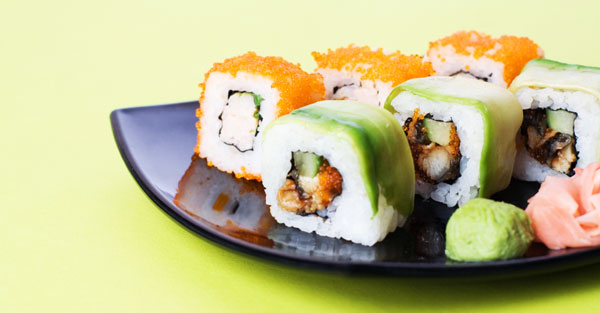 The California roll actually got its start (or at least its rise to stardom) in California. Though it’s very similar to rolls served in Japan, the California roll is thought to be from the U.S. and is one roll that is now very popular across the world. 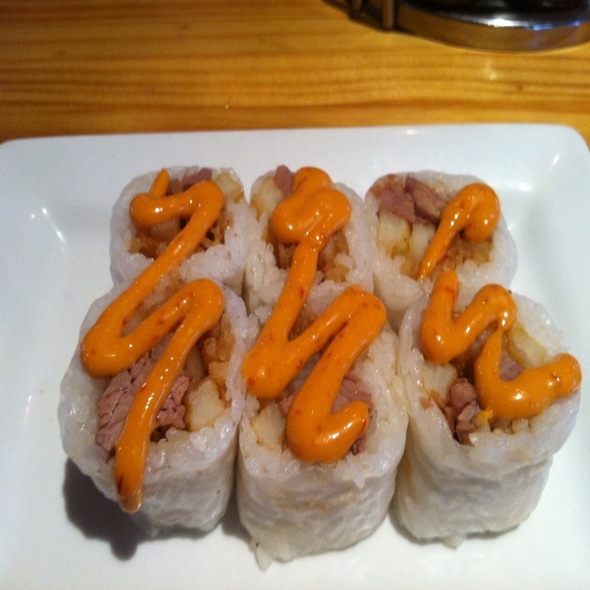 Leave it to Guy Fieri to give us a barbecue beef and hot sauce roll.

Hailing from the Hawaiian Islands, itself a place where many cultures collide and produce wonderful food, the Spam sushi roll is a piece of dubious Americana. Sure, no one in America really wants to claim Spam, but it does make a great roll.

Americans, in general, seem to have more of a squeamishness around raw fish than their Japanese counterparts. That’s why there’s a movement to include cooked items in our sushi. Oftentimes this is cooked fish, but sometimes it’s other meats. 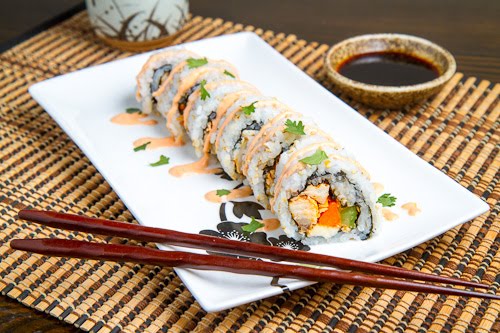 This same need to have cooked protein in the sushi sometimes goes to eleven with the addition of a very strong piece of American cooking: Buffalo wing sauce.

Actually, that’s a good segue. Americans love to drown their rolls in eel sauce, Sriracha, spicy mayo, kiwi sauce, etc. That’s an American tradition not found as much in Japan.

One will never find a roll celebrating the Kansas City Royals in many Japanese sushi restaurants.

Last but not least, we end our list with a roll that’s both cream cheese-based and sweet. Yes, the Pink Lady roll (on the left) is a dessert roll filled with sweetened cream cheese that’s wrapped in rice and soy paper, then topped with chocolate and raspberry sauce. It’s sweet, weird, cream cheesy and very, very American.