I’m the type of person who will try basically any food at least once. But this Japanese avocado ice cream taste test proves that having an open mind isn’t always a good thing.

When I first heard of the fad — eating avocado alongside vanilla ice cream — I didn’t think it sounded that crazy. Both are relatively creamy, and avocado has a nice, mild flavor that shouldn’t be too alarming in a sundae. Sure, some of the other toppings (tomato, soy sauce) sounded a little out there, but if someone’s eating it, then it has to be at least OK, right? 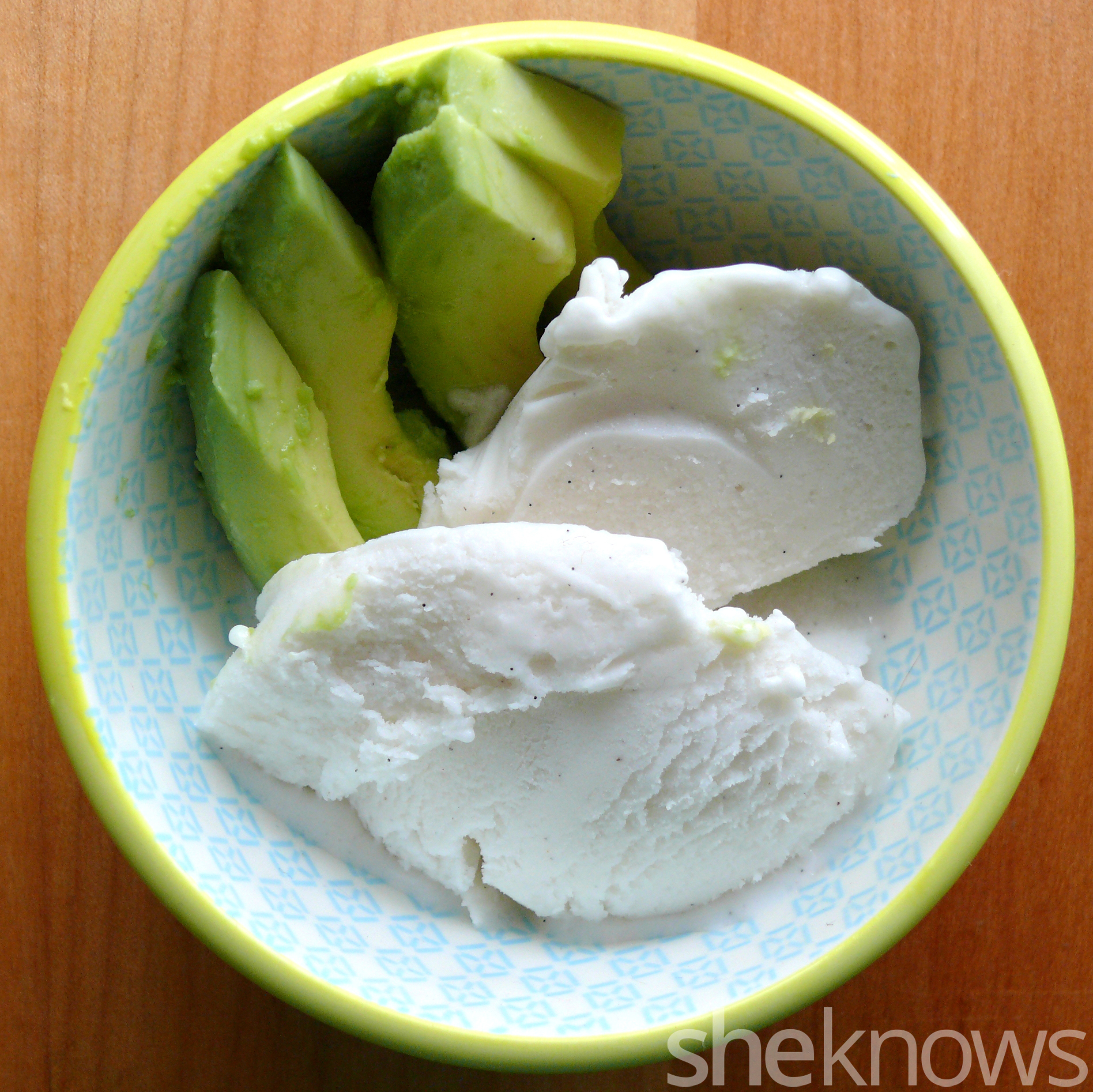 Huh. While this wasn’t exactly good, it wasn’t terrible either. If anything, the avocado was too bland to work here. Also, though it was creamy like ice cream, the avocado also required some chewing, which made the experience just kind of awkward. 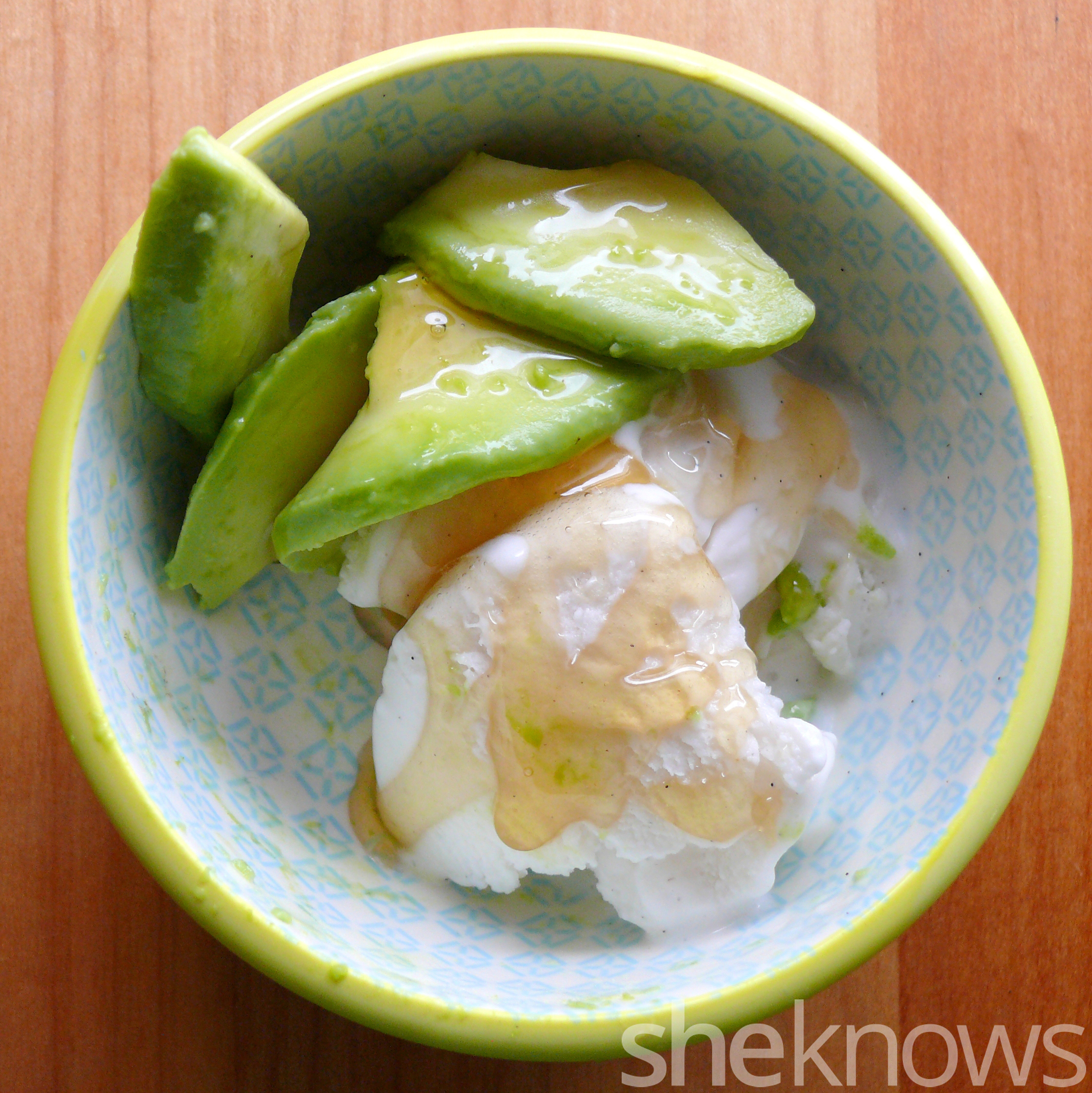 This one was better. The honey really stood out against the mild avocado and ice cream and helped to tie the two together. Also, the honey got this nice sticky, chewy kind of texture when it was drizzled atop the cold ice cream, which was interesting in contrast to all that mildness. However, I also couldn’t help thinking, “This would be really good without the avocado.” 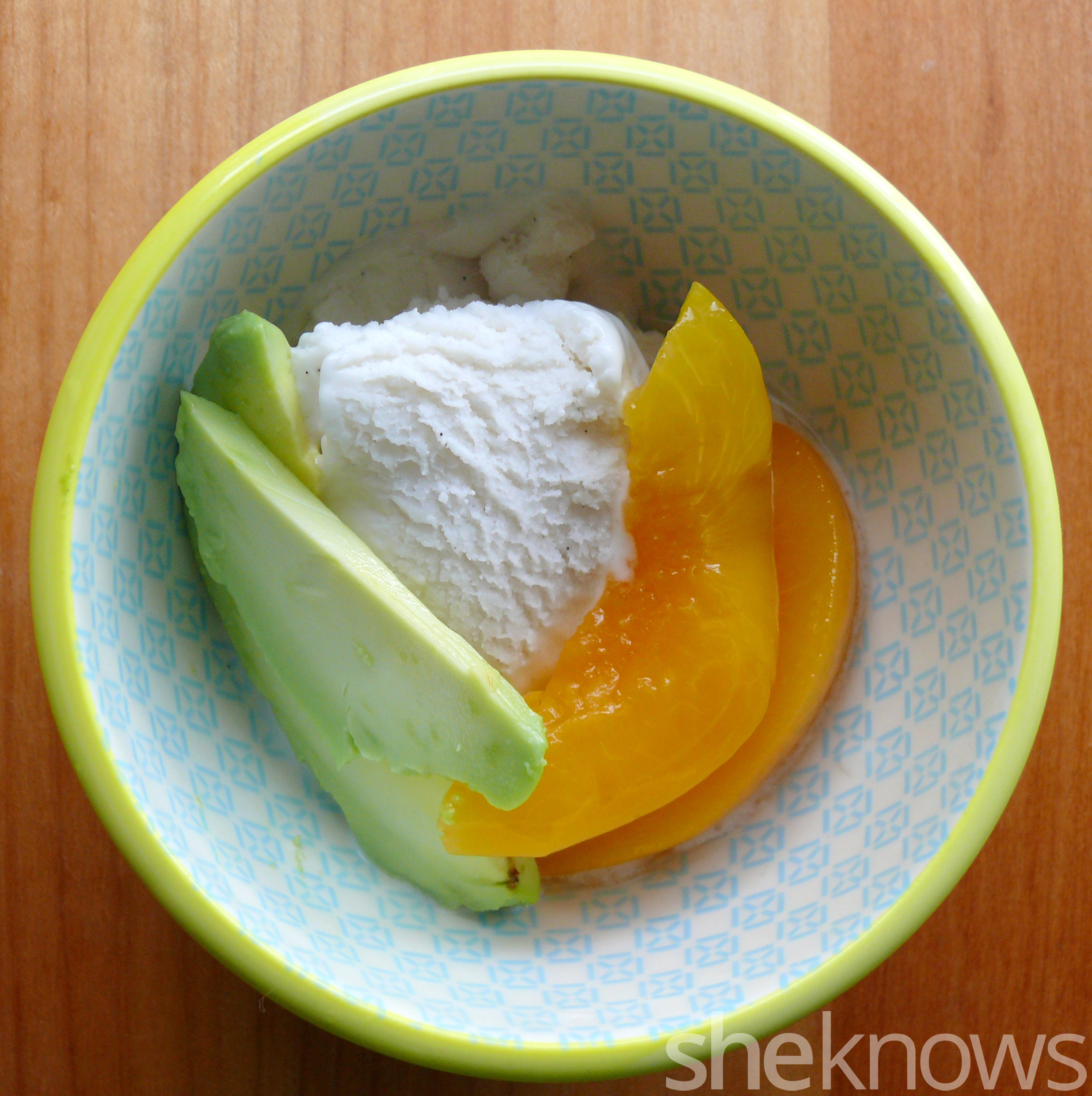 I used canned peaches because they aren’t in season here. I got the kind packed in light syrup, but they were still really sweet. Honestly, the squishiness of the peaches, the mushiness of the avocado and the cold, creamy ice cream added up to a big FAIL in my mind. So you can imagine my lack of enthusiasm at the next entry… 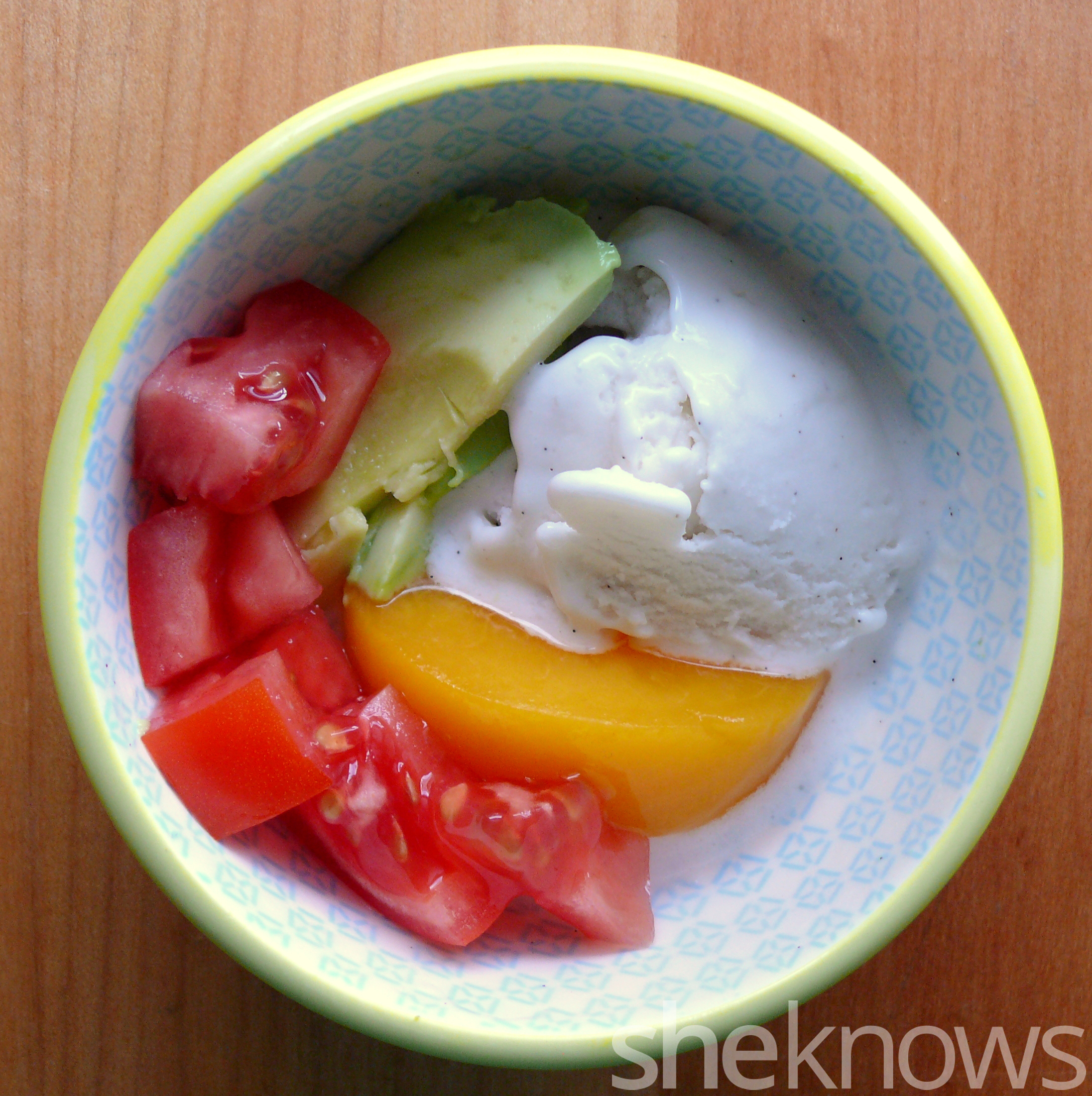 WTF? The person who first decided to create this monster sundae must be some sort of taste bud-less culinary demon or at the very least adept at playing massive pranks on curious foodies across the globe. The combined mealiness and watery quality of the tomato just added a whole new layer of ugh to this. It gets a couple of points for being pretty, but honestly, I cannot recommend ever putting these foods together again. 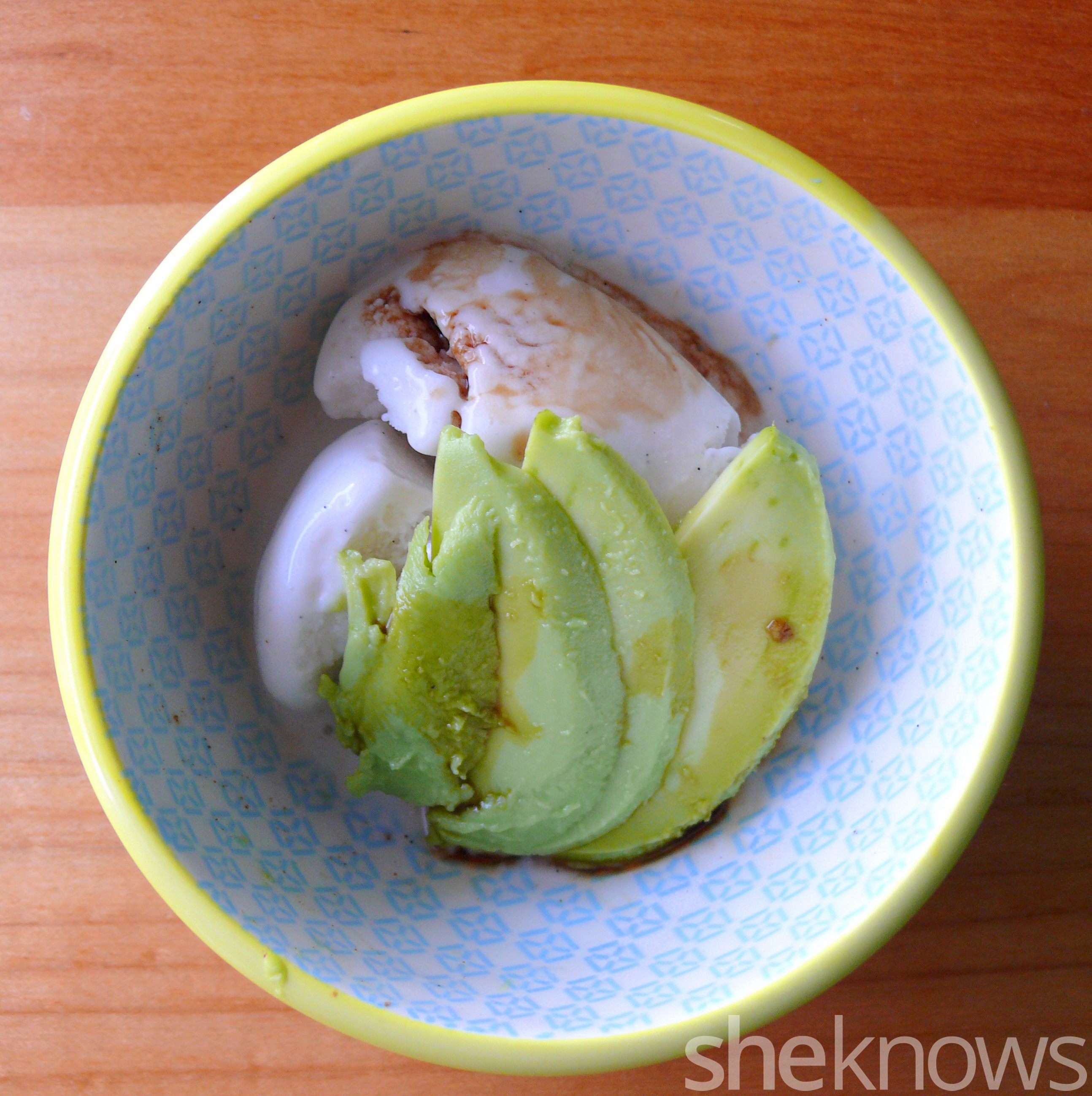 This was disgusting but somehow better than the tomato jamboree I experienced in the last round. In theory, the saltiness of the soy sauce would play well off the sweet ice cream, but the deep umami of the soy along with the nice, creamy avocado just made me wish I could ditch the ice cream for some sticky rice and call it dinner. 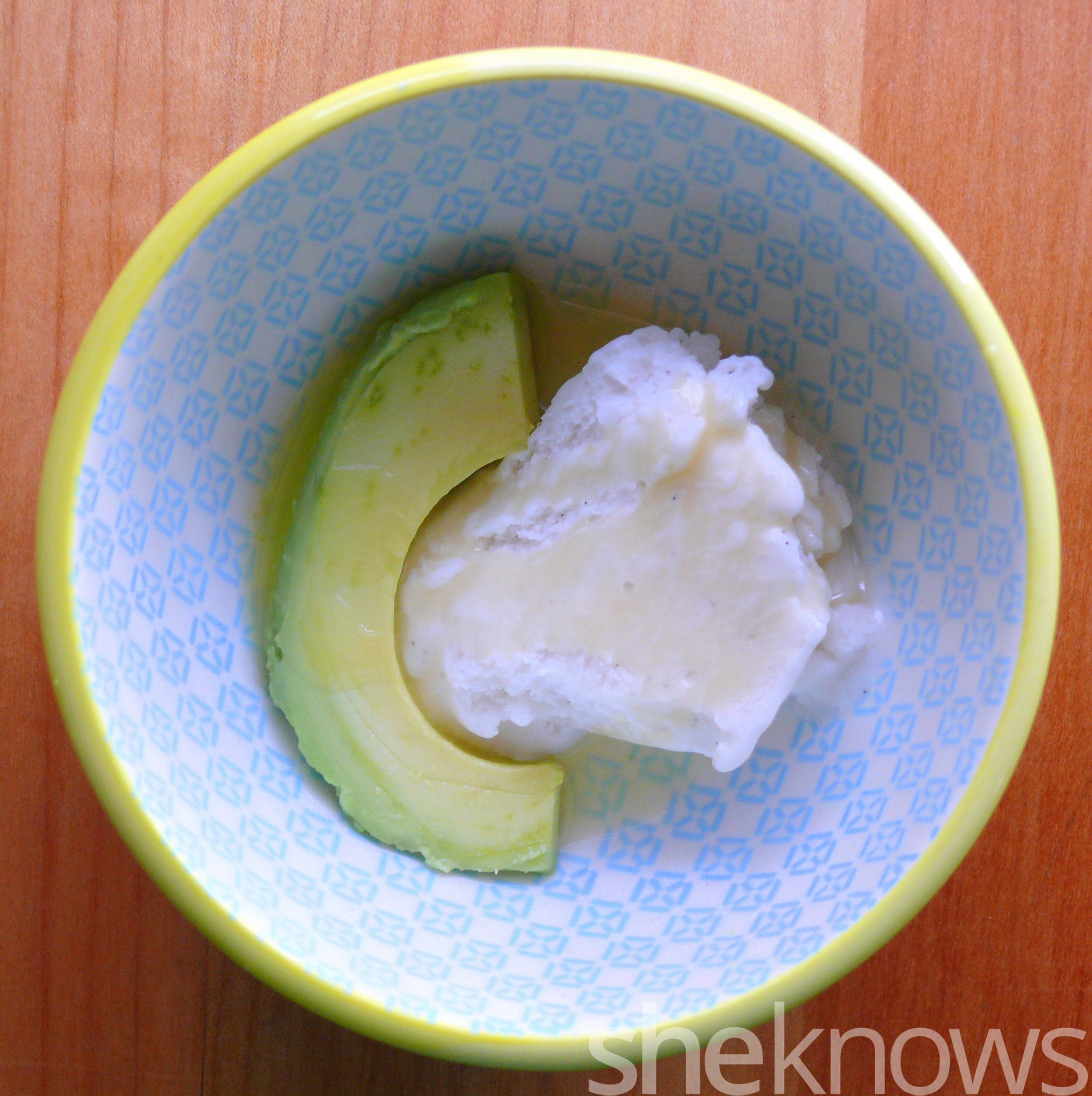 I mean, this wasn’t terrible, but I’d be hard-pressed to ever try it again. The butter and avocado were just too oily together to taste good. Maybe vanilla ice cream with browned butter would be good, but even then, the consistency of the butter slipping down over the ice cream just gave me the willies. 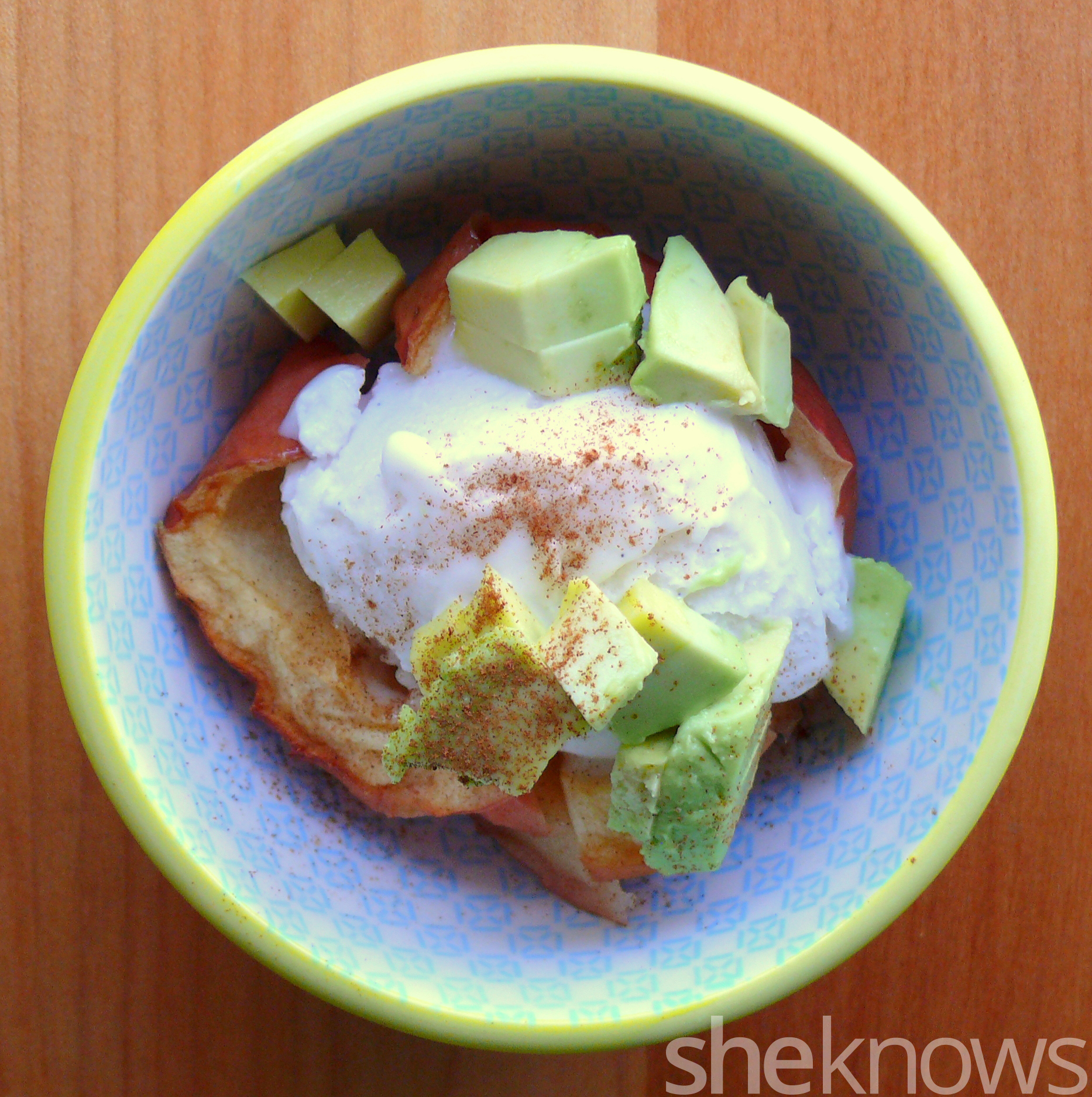 Finally, a winner! A sweet baked apple and sprinkle of cinnamon tasted amazing with the vanilla ice cream, and the avocado texturally reminded me of unsweetened whipped cream. Sure, the avocado didn’t add much, but at least I wasn’t itching to toss it into the garbage can this time. 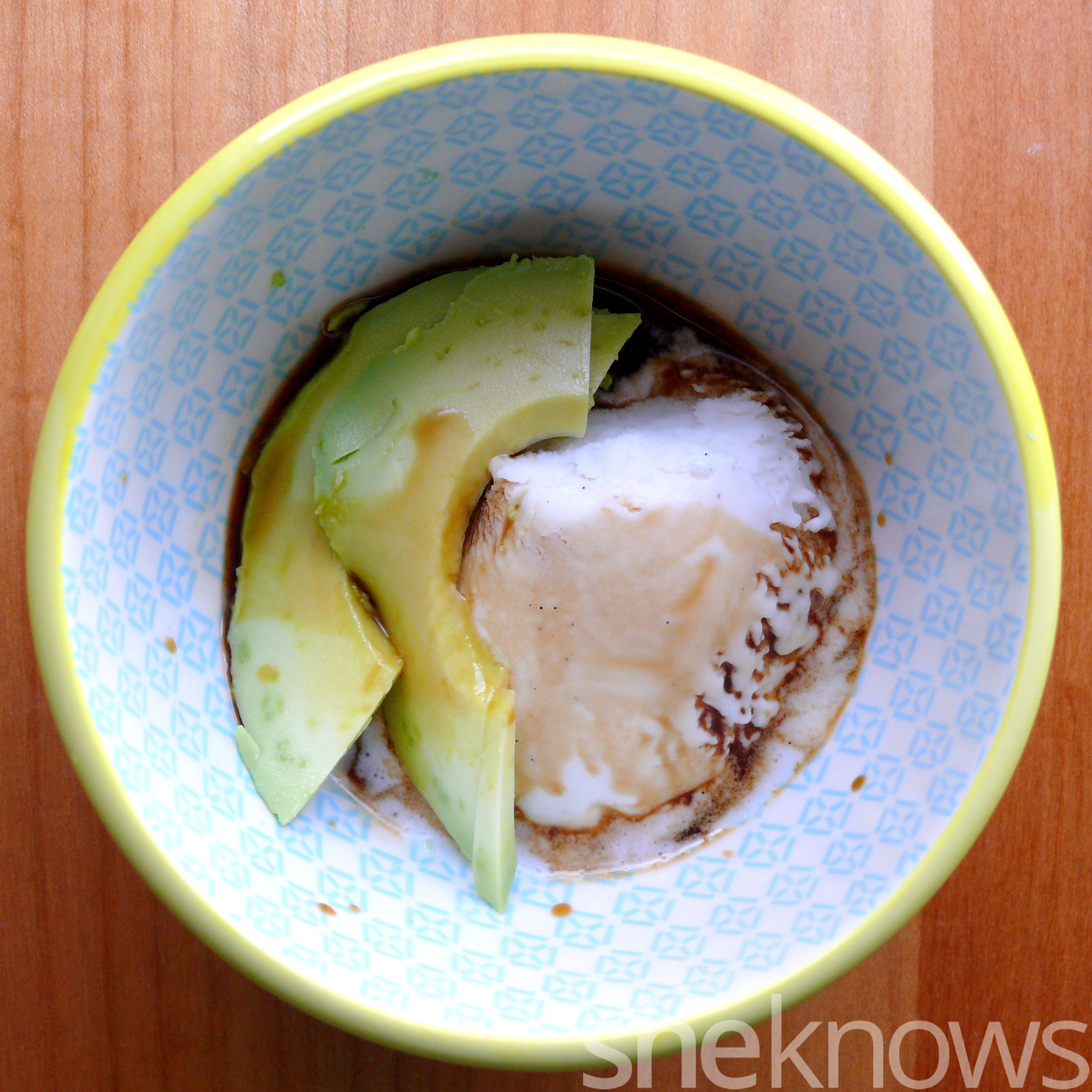 I had such high hopes for this combo. Balsamic vinegar can be delicious with sweet foods — drizzled over strawberries, for instance — and I thought its bright acidity would be a nice counterpoint to the sweetness of the ice cream and the heavy avocado. Unfortunately it just ended up making everything taste like it had spoiled. Rotten milk ice cream? Yeah, not so good.

In conclusion: For all of the culinary open-mindedness that has been a real boon to the food industry in recent years, some mashups just aren’t meant to be. If you’re really curious, I would suggest trying the avocado and ice cream with honey or with the cinnamon baked apple. As for the tomatoes, peaches, soy sauce, etc.? Yeah, keep those far, far away from your ice cream.

I made the Duggar family’s cheesecake — and you should too!
Confession: Jack in the Box Croissant Donuts are embarrassingly good
Pumpkin Spice Oreos: Should you or shouldn’t you?