Retro cocktails are coming back in a big way. Get a fake back-seamed-stocking leg up on the trend by checking out these post-Prohibition cocktails from the 1940s. 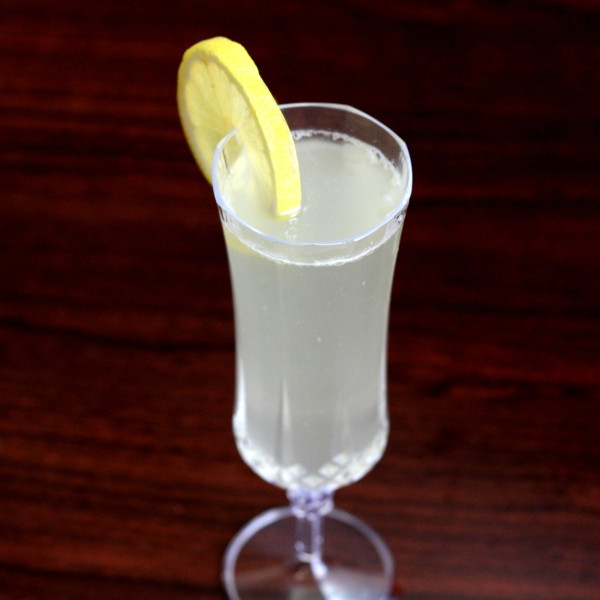 Once the toast of celebrities and aristocrats at the legendary Stork Club, the French 75 is a Champagne cocktail named after the French 75 mm field gun and its powerful kick. 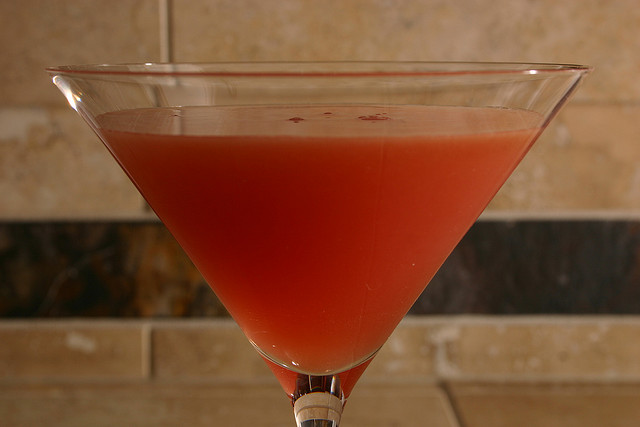 A light and lively take on the classic sour, the Ward 8 appears to have been named in honor of the election of staunch Prohibitionist Martin B. Lomasney to Massachusetts’ 8th Congressional District in Boston. 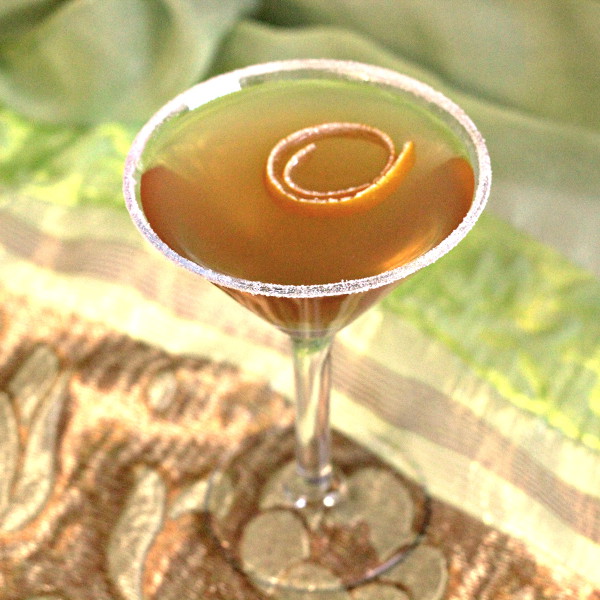 Like many drinks, the precise origin of the sidecar is lost to history, but this simple yet tasty cognac drink is said to have been invented at the Ritz hotel in Paris after the growing popularity of the motorcycle sidecar. 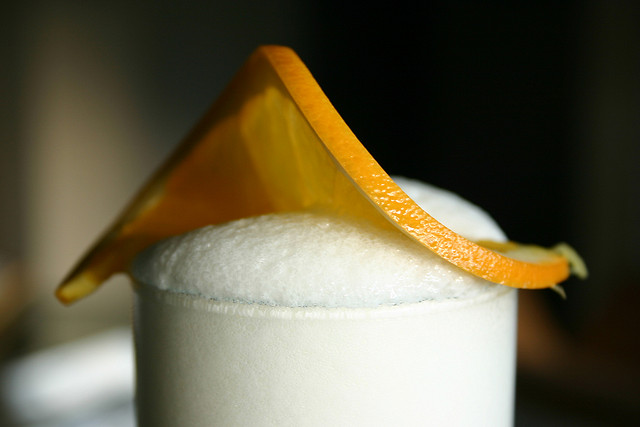 At one point, Henry C. Ramos had 32 people on staff on the floor of his popular Imperial Cabinet saloon just to shake this famous New Orleans fizz, which took 12 minutes to mix and “cook” the egg whites in gin. 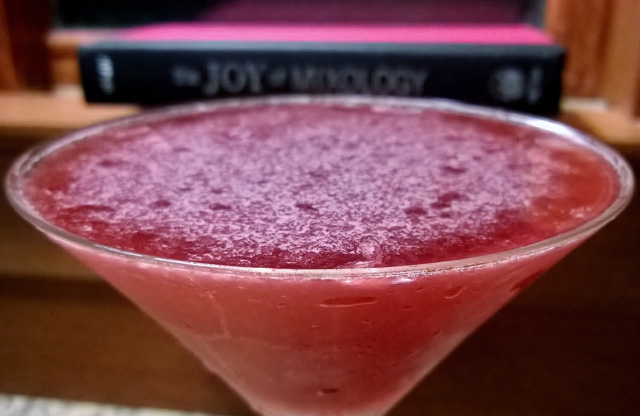 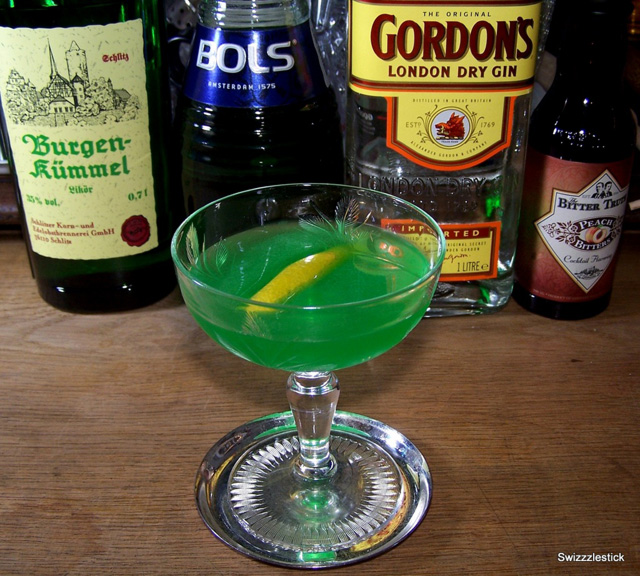 Like bright colors in the natural world, this bright green cocktail should serve as a warning for the uninitiated. Combining crème de menthe with the herbal liqueur kümmel, the juniper flavors of gin and orange bitters can make for an intimidating first sip when it comes to the green dragon. 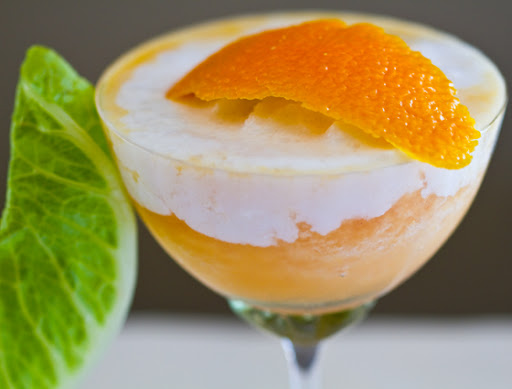 Now mixed as a more traditional punch, this favorite of popes and presidents was more of a sorbet or shaved ice. Sadly, this drink is also noted for its small part in a greater tragedy. Punch Romaine was the sixth of 10 courses for first-class passengers of the Titanic. 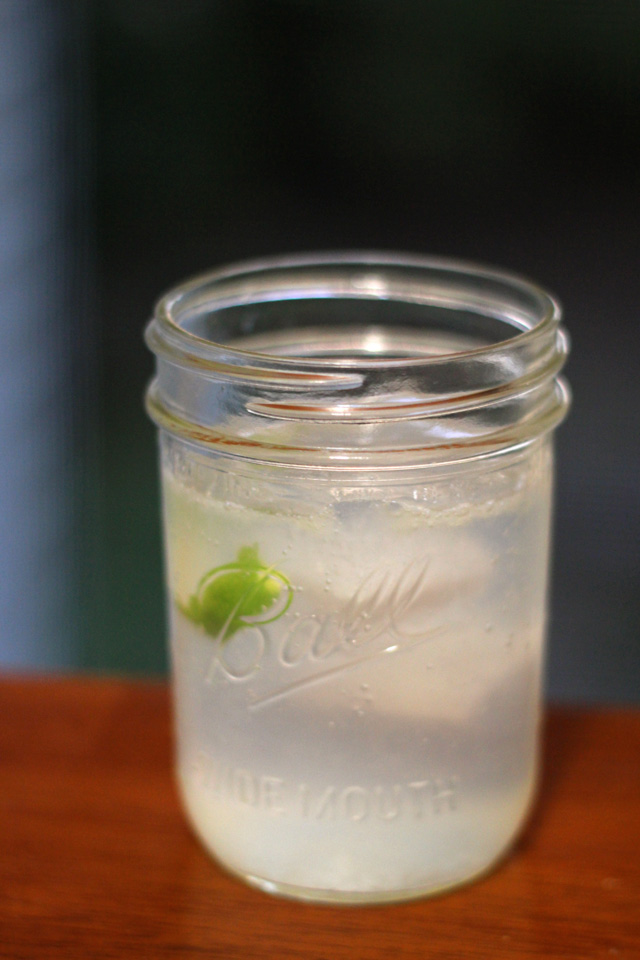 The gin rickey is the only cocktail mentioned in The Great Gatsby and was reportedly F. Scott Fitzgerald’s favorite drink. 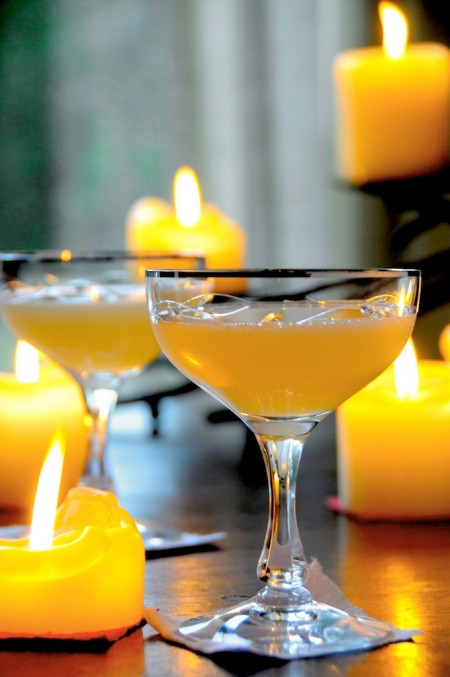 Also called a Maiden’s Prayer, the Between the Sheets cocktail is another Prohibition-era drink made from brandy and rum that eventually led to modern shooters such as Slippery Nipples and Screaming Orgasms. 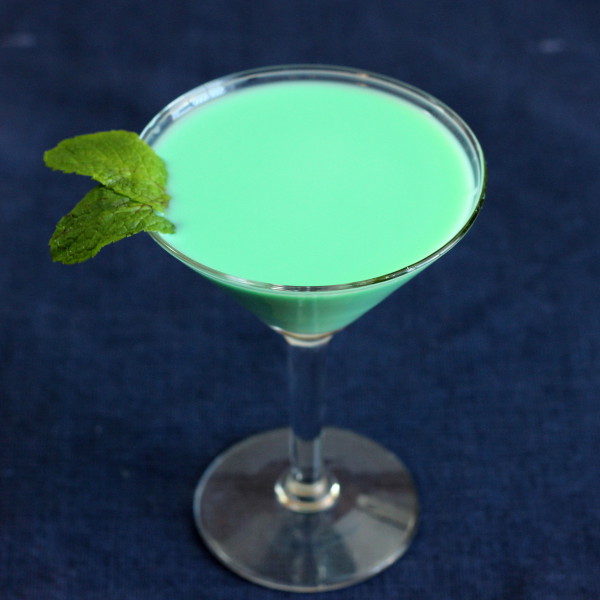 Unsurprisingly, more than a few drinks have been created in New Orleans, and the grasshopper is no exception. Tujague’s finally found crème de menthe a home in this creamy mint and chocolate dream. 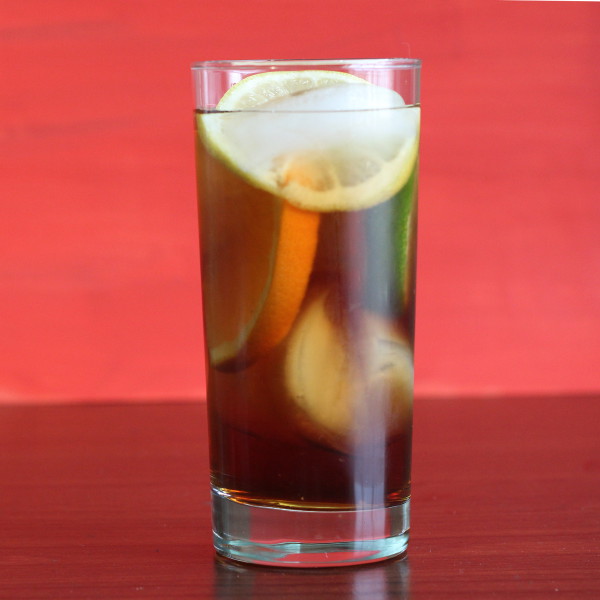 The traditional drink of Wimbledon was a fruity, spiced gin liqueur created by James Pimm in his English oyster bar. The exact recipe is a secret to all but six people even to this day. It’s available as a gin, whiskey, brandy, rum, rye whiskey and vodka — denoted by their numbers (Pimm’s No. 1 is gin). A Pimm’s Cup is an even fruitier drink made of that liqueur. 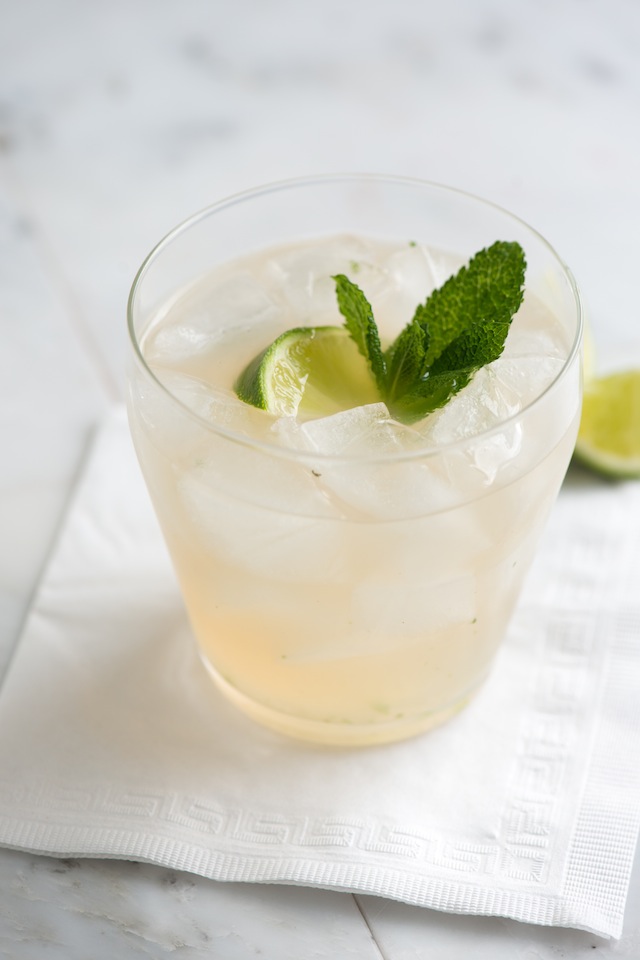 Despite an entertaining Tommy-gun-toting gangster history, this refreshing gin and mint drink was probably just a natural evolution of the South Side Sportsman’s Club’s famous mint juleps in Long Island, New York. 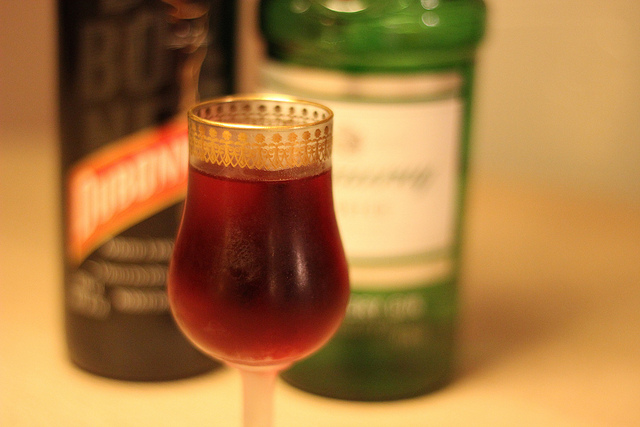 The winner of a government-sponsored contest to make malaria-fighting quinine more palatable for French legionnaires, the Dubonnet cocktail is made from gin and a French fortified wine aperitif. The legionnaires didn’t have to drink alone, however; the queen mother and her daughter held the drink in high regard. 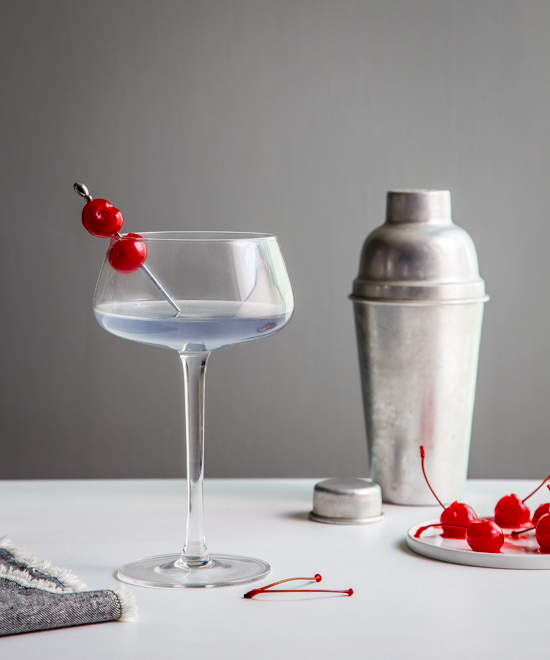 Many versions of the nearly forgotten gin drink, the aviation cocktail, incorrectly omit the obscure violet liqueur crème de violette, made from the Queen Charlotte and March violets found in the Austrian Alps, which impart an inimitable fragrance and taste. 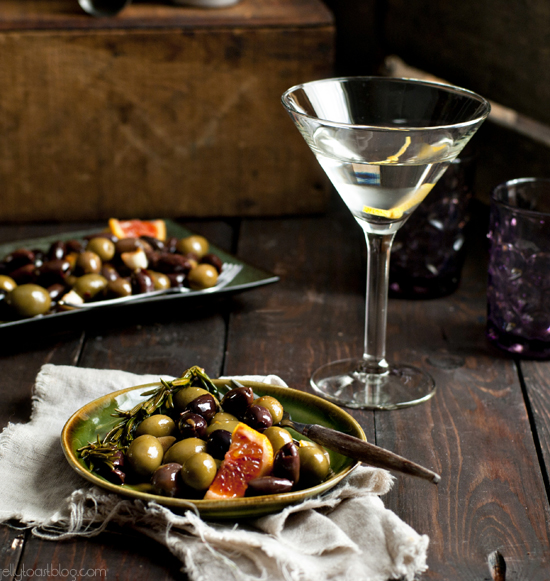 Before his martinis were shaken — not stirred — James Bond ordered an unnamed martini of his own creation made with Lillet and lemon in Casino Royale. One chapter later, the Vesper found its name when Bond met the beautiful femme fatale, Vesper Lynd.

15 Cocktail trends you must try in 2015
Quiz: What’s your holiday cocktail personality?
Our top 10 cocktails of 2013