If there’s one thing I know about humans, it’s that we love pizza.

And just because someone decides to do away with dairy and meat in their diet doesn’t mean they should have to miss out on one of the tastiest creations known to man!

Luckily there are tons of amazing recipes available to vegan pizza lovers the world over that will satisfy their cravings for what some call the perfect food. Eat up! 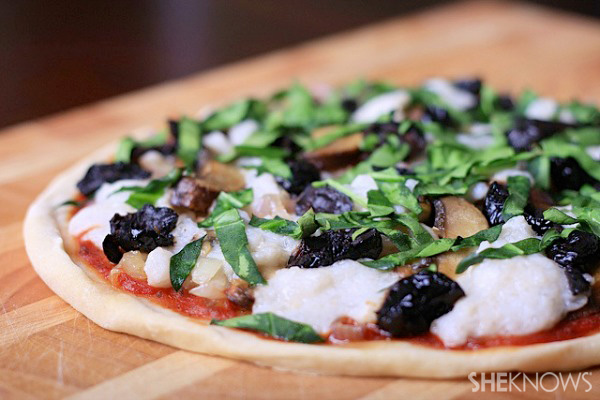 Homemade vegan mozzarella, made with coconut milk, agar and tapioca, sets this pizza above the rest. 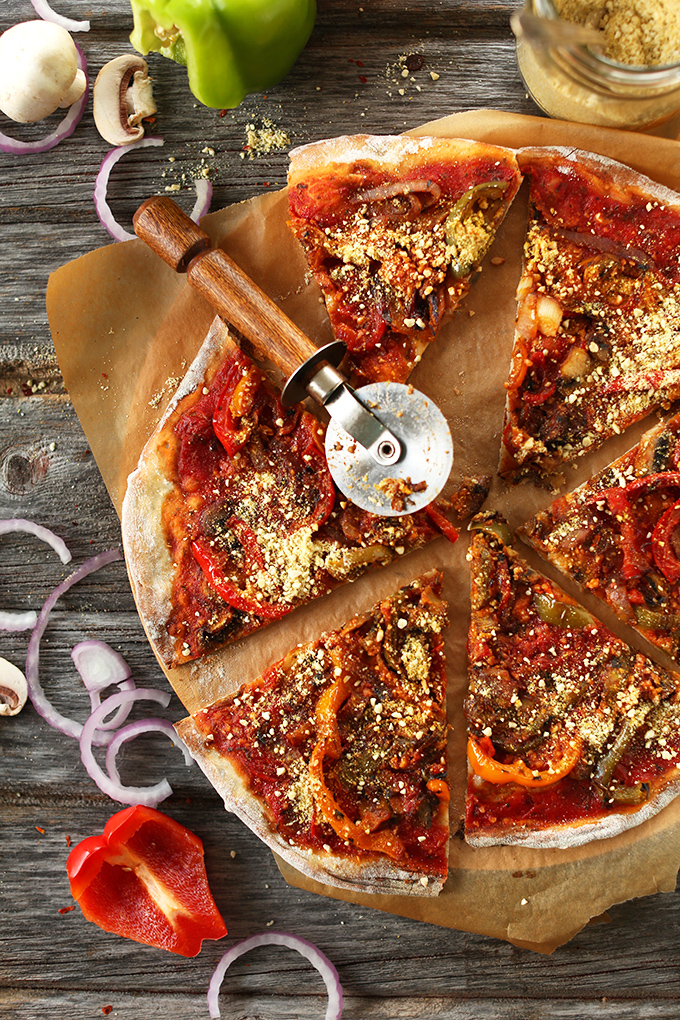 A healthy sprinkling of nutritional yeast gives this pepper and onion pizza a nice, cheesy flavor everyone will love. 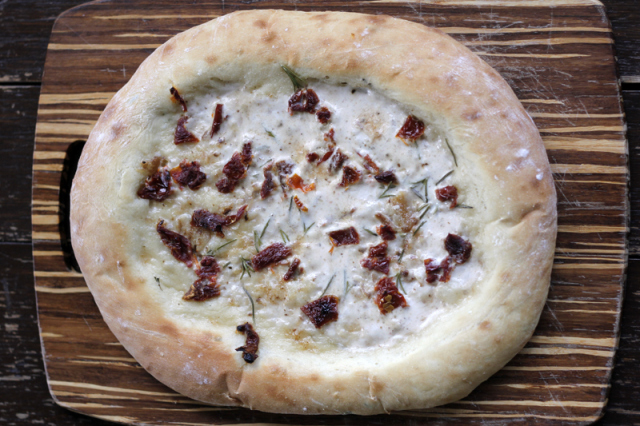 Creamy vegan Alfredo sauce and tart sun-dried tomatoes play off each other beautifully in this decadent white pizza. 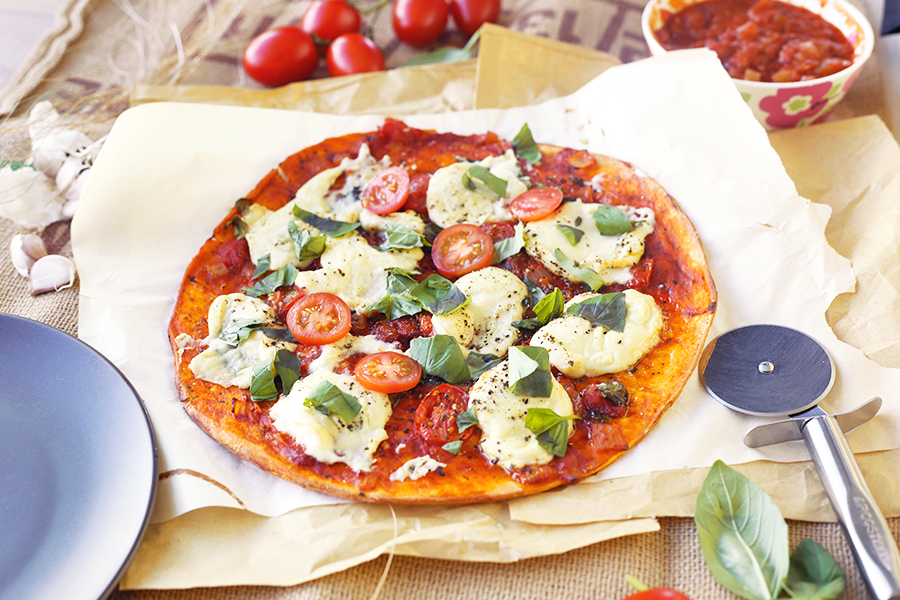 Craving the clean flavors of Margherita pizza? Then this pie, with fresh, homemade vegan mozzarella, tomato sauce and basil, will really hit the spot. 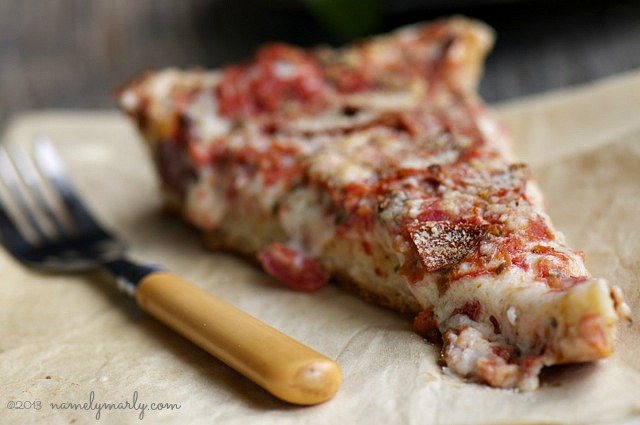 Just because you’re vegan doesn’t mean you need to stick to salad, as this delightfully indulgent vegan deep-dish pizza proves. 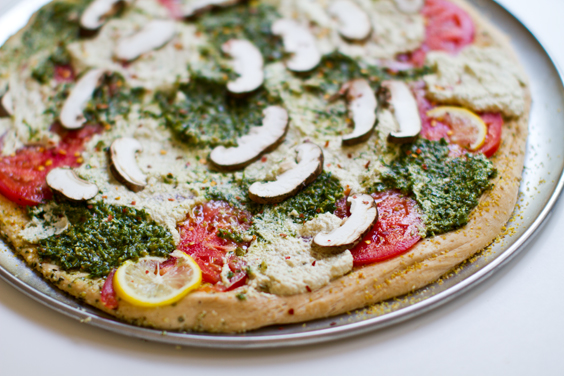 Cashew ricotta adds richness to this vegan pizza, which is also topped with homemade pesto, mushrooms and tomatoes. 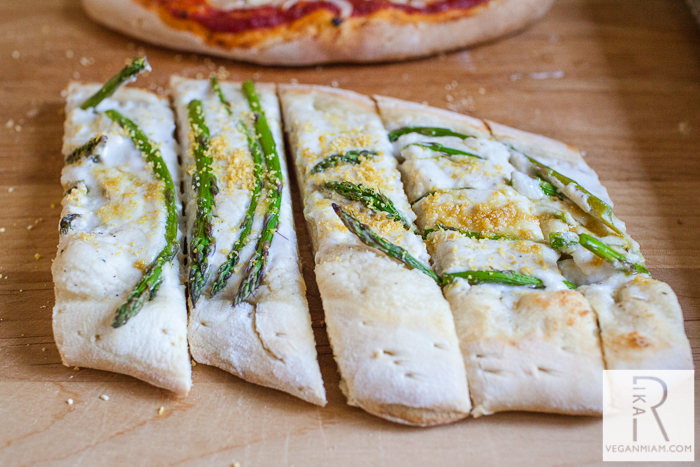 Tender-crisp asparagus is nestled into a thick layer of vegan Alfredo sauce on this yummy pizza. 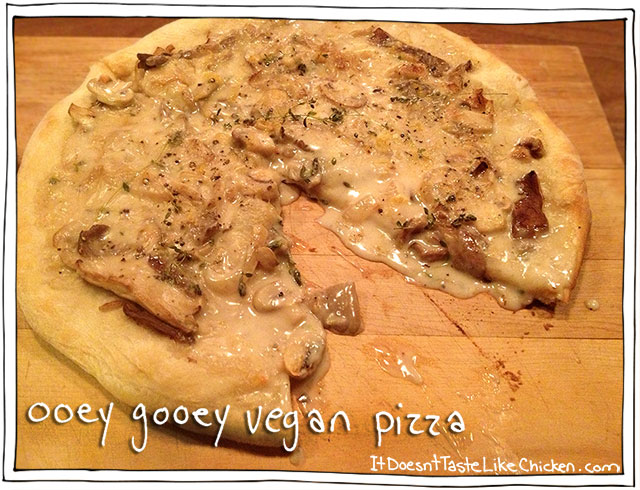 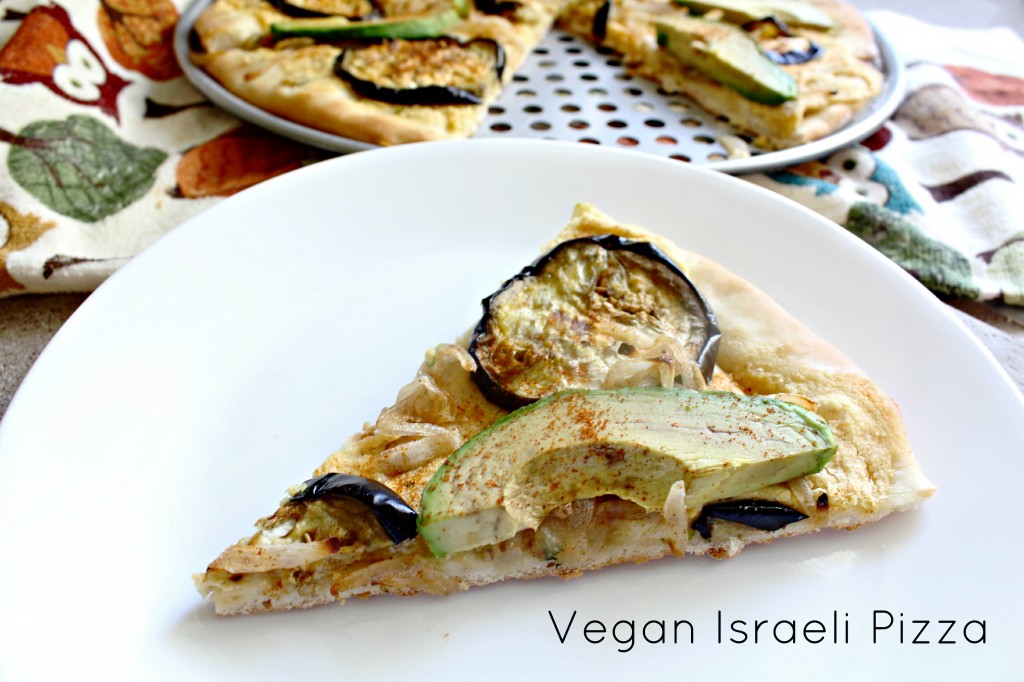 Topped with creamy avocado, roasted eggplant and hummus, this pizza will have your guests begging for more. 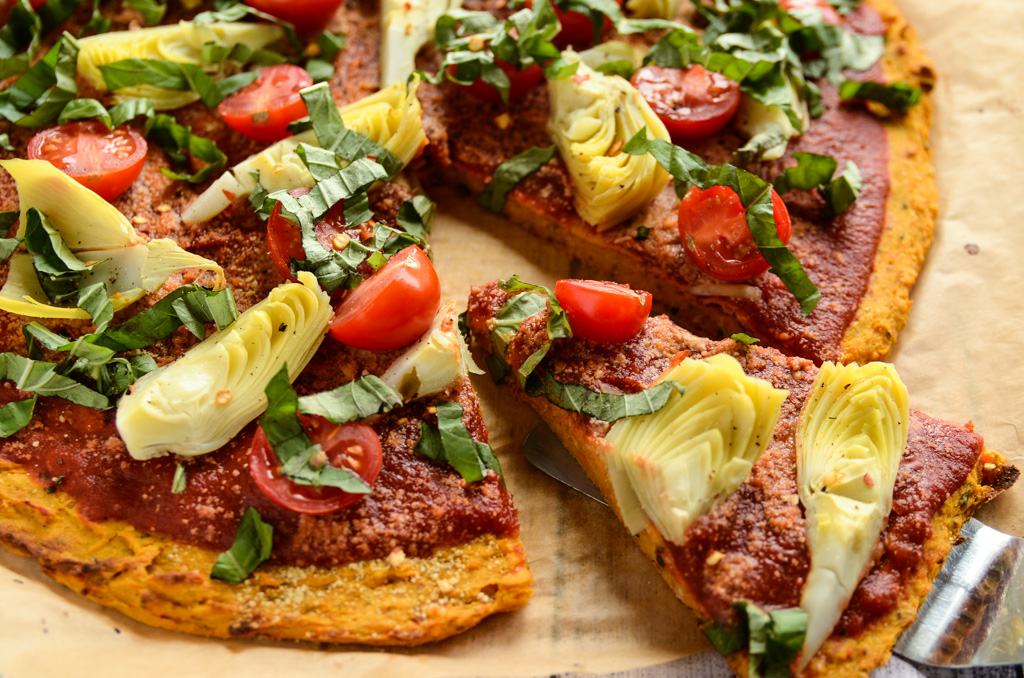 You don’t need wheat flour to make a great pizza. Sweet potato, oat flour and almond meal step in here to get the job done. 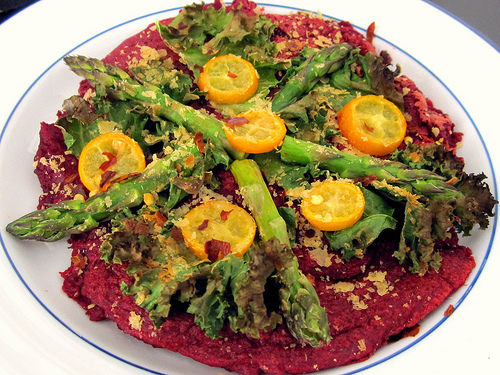 Socca, a flatbread made of chickpea flour and water, makes a perfect pizza crust. Beets jazz the whole thing up, roasted garlic packs a punch of flavor, and veggies and kumquats go on top for a truly satisfying vegan pizza. 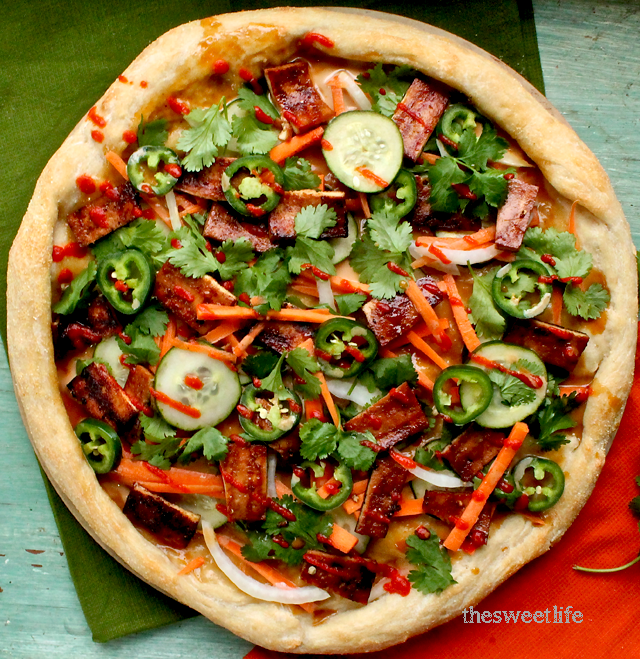 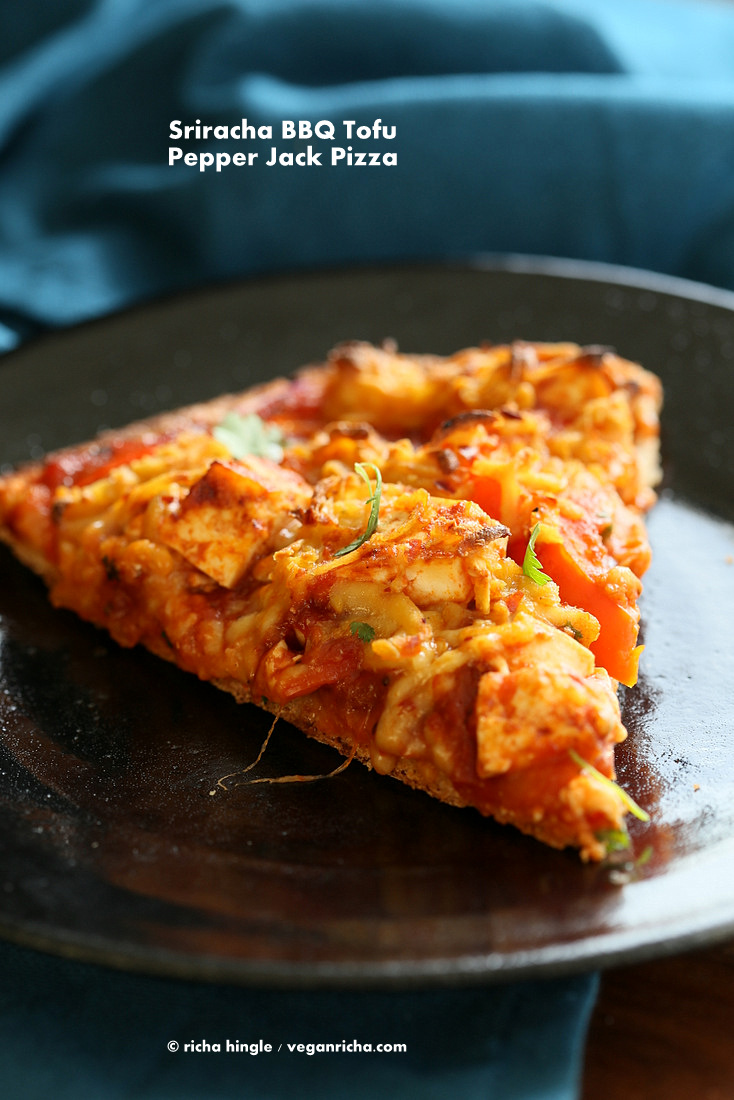 Crispy, spicy barbecue tofu tops this pizza, with a spelt crust that gives it a healthy bent. 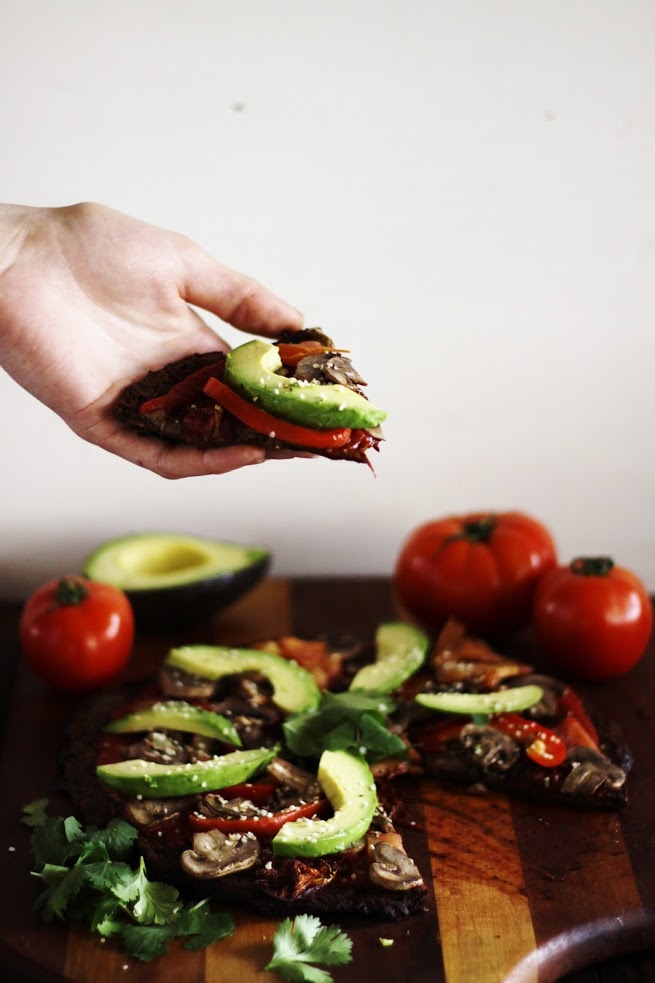 They may be raw and vegan, but these pizzas rely on the same rich flavors from tomatoes, mushrooms, garlic and nuts as the pizza you’re used to. 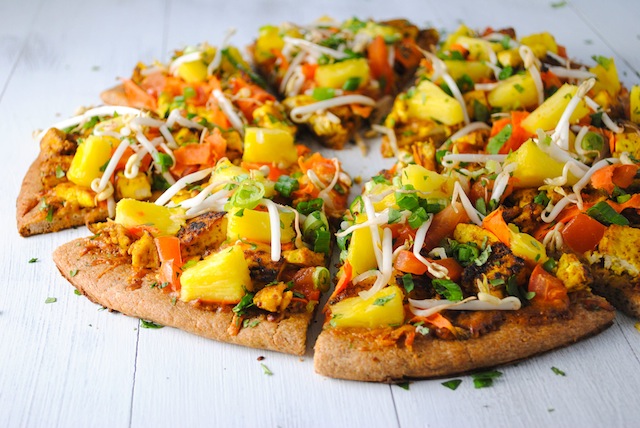 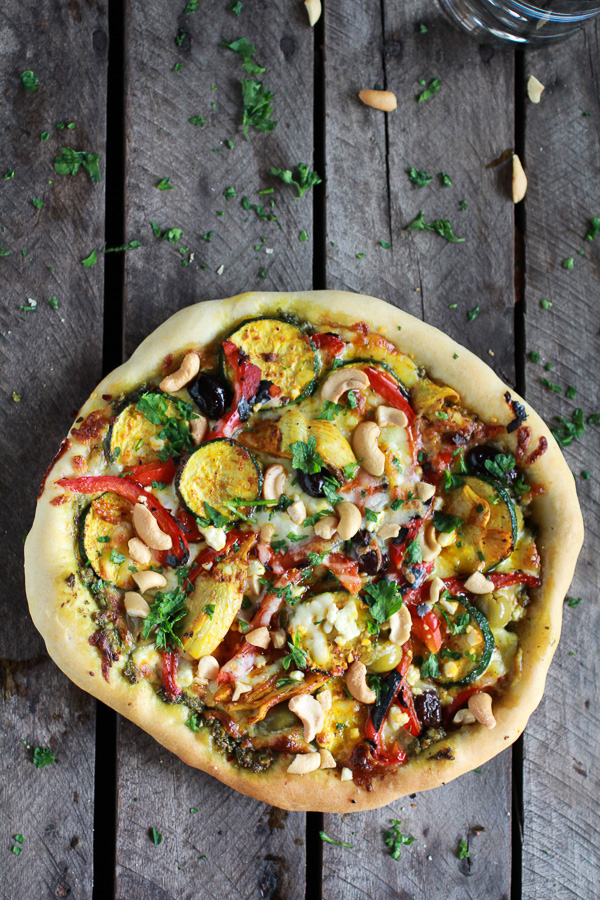 In the dinner doldrums? Add some spice back into your life with this loaded Moroccan pesto pizza. 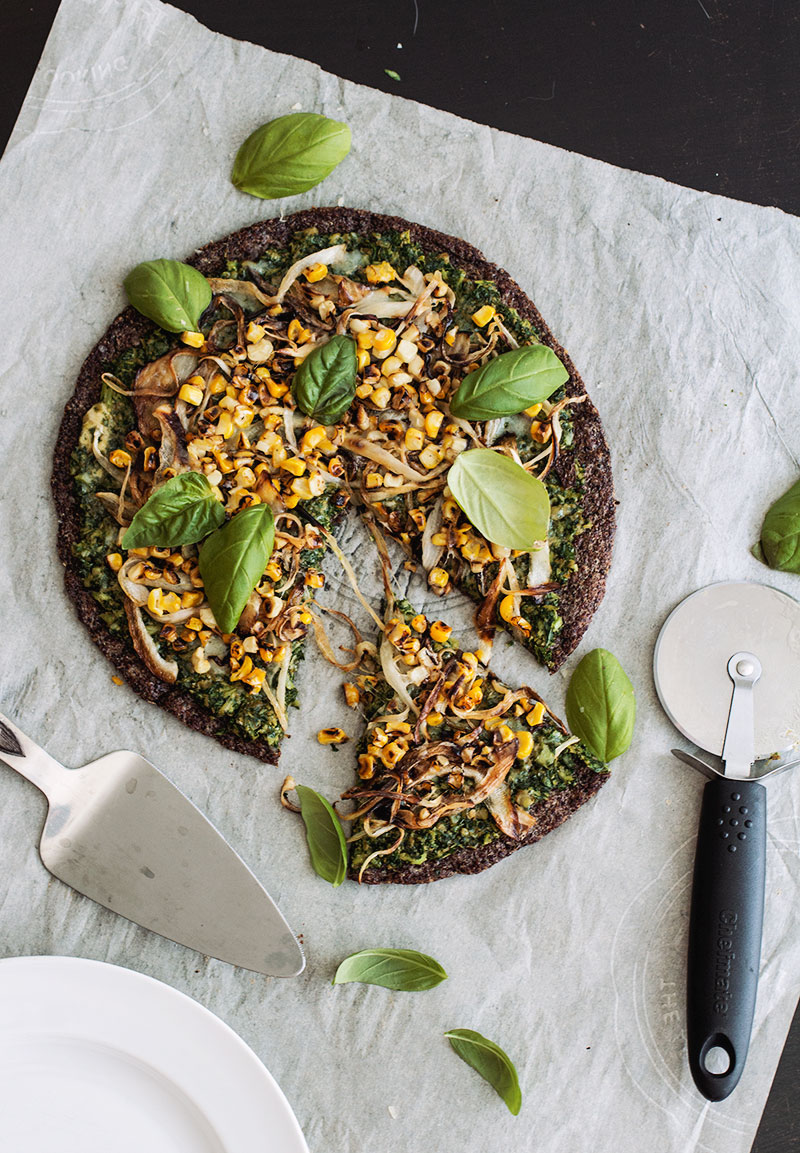 A simple quinoa crust, charred corn and caramelized onions come together in this recipe to make a fresh-tasting pizza that doesn’t require you to turn on the oven. 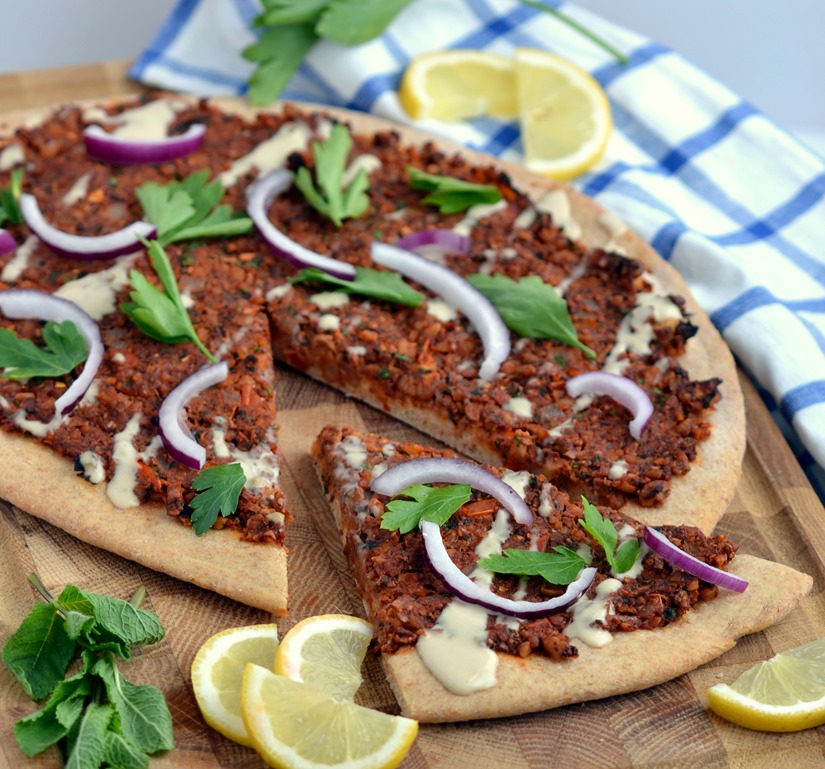 This vegan spin on Turkish pizza is full of savory, spicy flavors and topped with a lemony tahini sauce for good measure.

11 mins ago
by Justina Huddleston