I’m usually not one of those people who can do vegetables for breakfast, the only exception being an omelet if we’re eating out for breakfast (because I never make omelets at home unless it’s a breakfast-for-dinner kind of thing).

There’s just something about the thought of veggies first thing in the morning that makes me want to gag. Spinach? No thanks. Bring on the eggs, bacon, bread, potatoes, cereal, oatmeal — anything except something green.

But then I was met face to face with a portobello explosion in my fridge (four for $1 got the best of me at the grocery store), and the idea to stuff them for breakfast came to be.

Weirdly, I’m very much OK with this veggified breakfast. I think it’s the cheese and bacon doing their part to make me forget I’m eating spinach and mushrooms. Oh, and the runny egg. Runny eggs cure all. 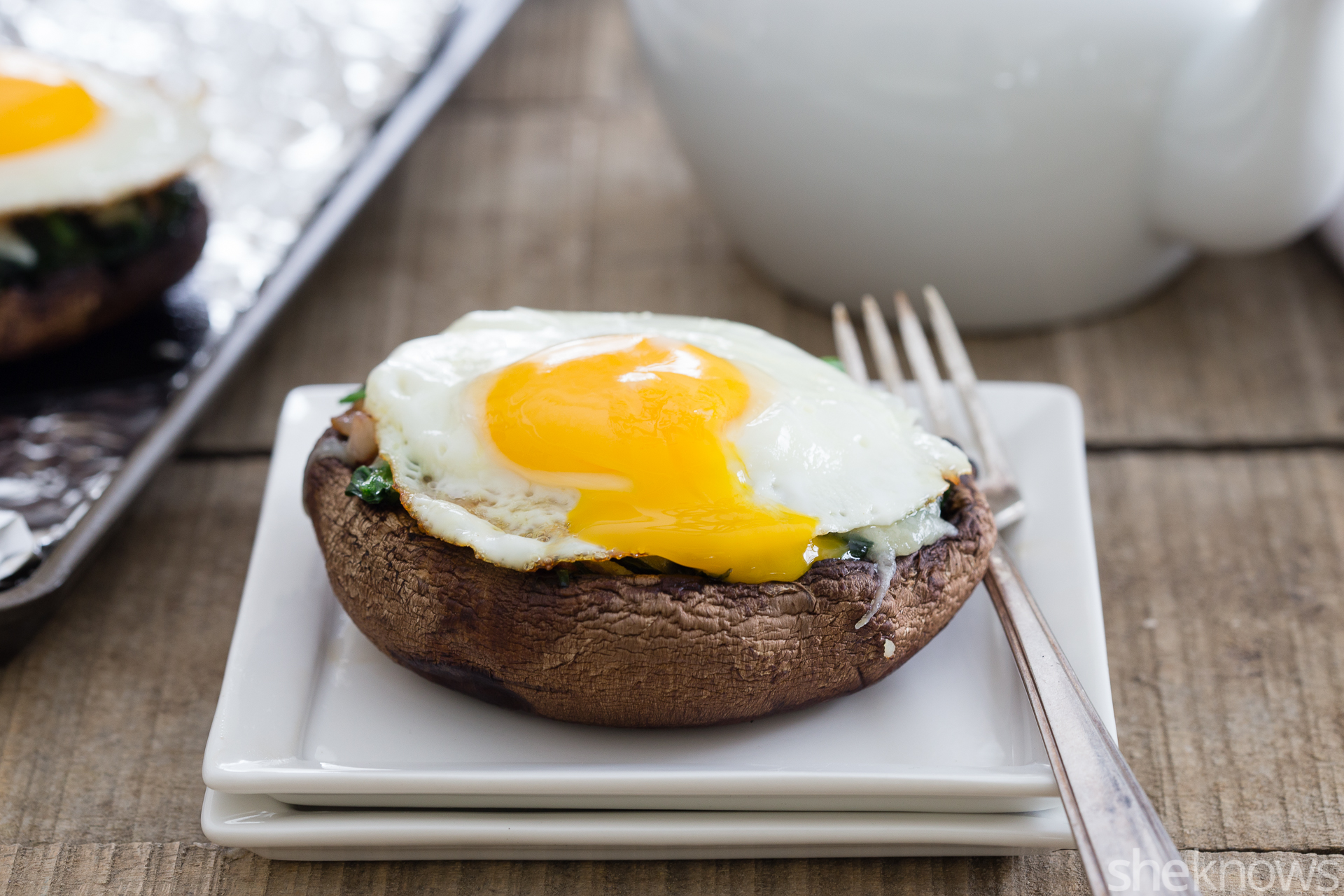 These spinach-, cheddar- and bacon-stuffed mushrooms are topped with a runny egg for a healthy breakfast or brunch.