Our special Aussie bond with Vegemite just got a little stronger… Yep, you can now enjoy Vegemite for breakfast, lunch, tea and dessert! Try out this delicious recipe for Vegemite cheesecake tonight! 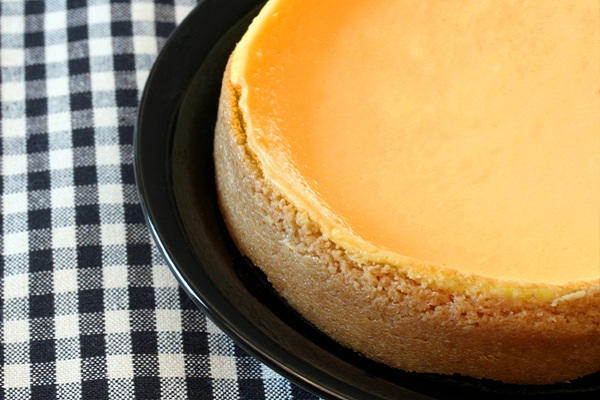 Vegemite is an Aussie icon. With a history dating back almost 90 years, the black spread has a strong flavour that divides its audience into the lovers and the haters.

The Fred Walker Company (now Kraft Food Company) hired a young chemist in 1922, hoping he would invent a delicious spread based on one of the world’s richest natural sources of Vitamin B — brewer’s yeast. Originally called “Pure Vegetable Extract,” the company launched an Australian-wide competition to help name the product. Fred Walker’s young daughter chose the name Vegemite from hundreds of entries and the rest, as they say, is history.

These days, Vegemite is as popular as ever. It’s nutritious and can be incorporated into a range of different dishes and snacks, from Vegemite soldiers with boiled eggs to soups and stews. It contains no artificial colours or flavours, has no added sugar and is a rich source of Vitamin B. It also boasts thiamine, niacin and folate.

If you’re a Vegemite lover, we reckon you’re going to love this unusual cheesecake recipe. The sweet taste of the crust and filling blends beautifully with the taste of Vegemite. Try it and decide for yourself!