It may still be the centre of a long-running Aussie vs. Kiwi debate, but there’s no denying the good old pavlova is an Antipodean favourite. Impress your friends and family with this easy recipe. 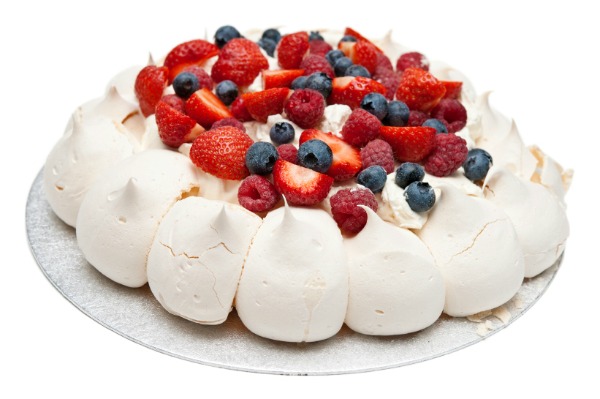 The origins of the pavlova have been hotly contested for decades. While us Australians like to claim it as our own invention, the Kiwis are equally certain it’s theirs. According to the legends, this popular dessert was first made in honour of Russian ballerina Anna Pavlova, who toured Australia and New Zealand in the 1930s.

With a hard outer shell and soft meringue centre, the traditional pavlova is then lathered in whipped cream and topped with fresh seasonal fruit such as berries, kiwi fruit and passionfruit. It can be made in individual serving sizes or as one large family-sized meringue, but either way it’s one hell of a dessert! Try this easy recipe for a deliciously light end to a meal with friends and family.

You can’t go wrong with this fantastic recipe, adapted from the extensive recipe catalogue of baking ingredient masters White Wings. Check out their great range of products and recipes online. This basic pavlova recipe will serve about eight to 10 grateful bellies.