With the floods in Queensland and Victoria driving up produce prices 11 percent in March, you’ll have to get creative if you still want to get your vitamins and nutrients without breaking the bank. Fortunately, a few substitutions can provide just as much — if not more — nutrition for less. 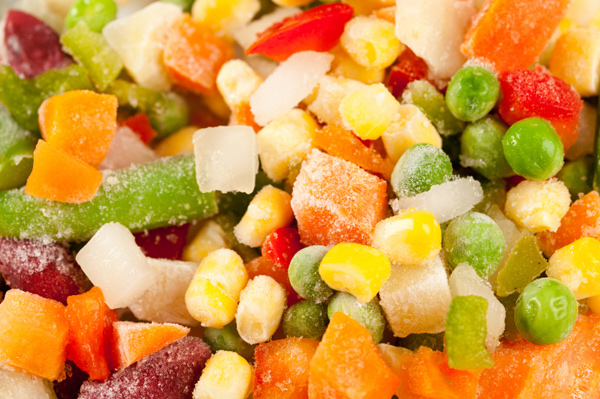 With prices for berries often more than $6 or $7, you can save by getting a frozen package of individual fruits or mixed berries. You’ll often get more fruit for your buck with the frozen varieties, which tend to linger somewhere in the $5 to $6 range. You can use the frozen fruits in protein shakes, oatmeal and baked goods.

Like frozen fruits, frozen vegetable packages can also take you far when you’re trying to incorporate produce into your diet. They come in a range of varieties, from carrots, corn and broccoli to peas, peppers and Asian-style veggies. They are either just as healthy as or healthier than unfrozen vegetables because they’re frozen and packaged when fresh. You typically can find packages of three in one for as low as $5, or get three separate packages for $5 or $6.

While the obvious approach to cooking frozen veggie packets is popping them in the microwave or boiling them in water to serve as a side with dinner, you can use them in many other ways as well. You can mix them into a warm pasta dish for dinner, or a chilled entree at a lunch or barbecue. You can also use the veggies in soups, bakes and casseroles, just as you would fresh produce.

Seed quinoa is just as good for you as fresh veggies. It is high in protein and dietary fibre, and has more iron than meat. It also packs vitamins and minerals such as zinc, magnesium and vitamin E. It starts around $6 for a 500-gram packet, but it can last you a long time. You need only a little of it, and it works for all three meals and dessert.

Generic oatmeal is cheap but still as nutritious as the brand-name stuff, if not more so because it’s not flavoured with added sugars. A package of store-brand oats can cost a few dollars less than regular. You can pair your steal with thawed frozen berries, or top it with other cheap but healthful items such as dried fruit or sultanas.

A serving of these beans counts as a serving of vegetables and is full of vitamins and nutrients, especially protein. You can find them for less than $1 — often for as little as 69 cents — a can. Use these extremely versatile beans in soups, salads, pasta, meat dishes and Moroccan meals. You can also puree them into hummus or simply crisp them by popping them onto a baking sheet in the oven for a few minutes.

Aldi’s Popular Halloween Cheeses Are Back & More Spooktacular Than Ever

Martha Stewart Has a Genius Hack for Stuffing Pasta Shells