Looking for the perfect song to walk down the aisle to? Or are you just looking to say something to someone special with music? We’ve cried, we’ve laughed and we’ve group-hugged our way through what we believe are 10 of the most romantic songs of all time.

Yes, he’s a pasty white English guy and in the music video he resembles a drowned rat, but you can’t argue with the fact that this song is pardon the pun, a beautiful one — and perfect for a special moment with a loved one!

Songs linked to romantic movies always seem to strike a chord. No Ordinary Love played during a pivotal scene between Demi Moore and Woody Harrelson in 1993’s Indecent Proposal… when he’d just allowed his wife to sleep with a guy for a million bucks. Total romance!

Not an overly well-known song, but a truly beautiful one nonetheless, Brighter Than Sunshine is by English singer and songwriter Matt Hales. It is featured in the Ashton Kutcher and Amanda Pete flick A Lot Like Love, and includes beautiful lyrics that make this song a popular choice at weddings.

Written and originally recorded by Stevie Wonder, As is a song about love. But it’s not your garden variety love song, it’s a song asking what love is and how it continues to flourish. “Did you know that true love asks for nothing? Her acceptance is the way we pay. Did you know that life has given love a guarantee, To last through forever and another day.”

Probably one of the most overused love songs of the modern era, U2 created an instant wedding anthem when they released this track in 1988. It constantly features in greatest love song lists and that’s why it’s part of our list too [plus, it’s a really great song!].

Why do Demi Moore movies spawn great love anthems? You can’t hear this song without thinking of that iconic clay-making scene featuring the actress and the late Patrick Swayze in the movie Ghost. Originally recorded in 1955, the 1965 cover version by The Righteuous Brothers is the version everybody knows and loves. It’s also one of the most-covered songs in history by artists including Elvis, U2, Cyndi Lauper, The Smashing Pumpkins and Clay Aitken. 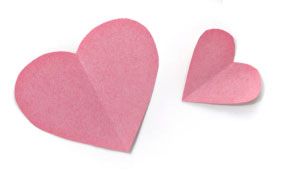 Take My Breath Away – Berlin

One of the biggest songs of the 80s, Los Angeles band Berlin rode the wave of success to Nowheresville, disbanding shortly after releasing this track due to lack of success! By far their biggest hit, Take My Breath Away featured in the 1986 Tom Cruise movie Top Gun and has become an 80s classic.

Once again not a conventional love song, but an ode written about a city with a love theme, this 1984 hit from the King of Pop nearly wasn’t included on his Thriller album and was a last minute inclusion. But, it’s gone on to become an MJ standard — and who can forget the haunting John Mayer rendition at Jackson’s funeral? I’ve still got chills!

Not only a great love song, but a great song to dance to, this song featured in the final scenes of the movie Dirty Dancing — right after Patrick Swayze demanded that “nobody puts Baby in the corner!” It has since become a wedding dance floor anthem… just don’t attempt the lift!

Everything I Do (I Do It For You) – Bryan Adams

What spells love more than a man in tights?! This hit from the 1991 Kevin Costner movie Robin Hood: Prince Of Thieves ensured that Adams’ 80s success would continue well into the 90s. Everything I Do has become one of the biggest-selling singles of all time and remains to date the biggest hit of Adams’ career.

5 Ways to keep your marriage strong
10 Tips: Being the spark back into your long term relationship
8 Ways to make your love last forever