As each year passes the organic food industry continues to expand, with Australians now spending over $600 million on organic food annually. But there’s still one question that leaves many of us pondering whether it’s really worthwhile making the switch to organic produce: what are the benefits, and does it really make that much difference? 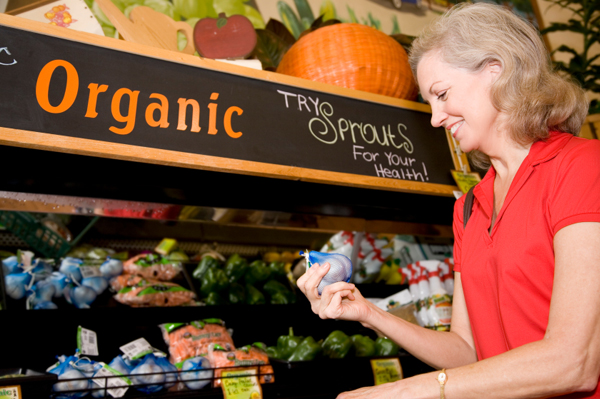 A question of composition

A 2010 study completed by the University of Sydney concluded that “the nutrient composition differs very little between foods that are produced by organic and conventional methods.”

However, Andre Leu, the chairman of the Organic Federation of Australia, begs to differ.

“Every study I have got shows there is significant difference [between the two types],” he says, adding that it’s not simply the nutrient difference that prompts most people to go organic.

“When you look at why people buy organic food, it’s for health reasons — and the number-one reason is pesticide residue,” Leu confirms.

Organic produce promotes better farming practices, removing the need for farmers to depend on chemical fertilisers –- which not only wreaks havoc on the environment, but can also be detrimental to our well being.

The European Union funded a US$27 million, four-year study into the benefits of organic produce, and concluded that “organically produced crops and dairy milk usually contain more ‘beneficial compounds’, such as vitamins and antioxidants — that are — believed to help combat disease.”

The study determined that organic fruit and vegetables contained 20-40% more antioxidants and higher levels of vitamin c and minerals like iron and zinc than regular produce.

Additionally, the National Academy of Science in the US reports that “numerous studies show that pesticides can adversely affect the nervous system, increase the risk of cancer and decrease fertility.”

In light of recent findings, Australia’s economy also stands to benefit from the move towards organic produce, as our nation and its Pacific neighbours are responsible for up to 39% of the world’s organic farmland.

“It comes down to consumers making a choice as to whether they wish to actively be part of a 50-year food experiment, or whether they value their health and safety sufficiently to invest in foods which are becoming confirmed as better for them,” explains Dr Andrew Monk, Standards Convener of the Biological Farmers of Australia (BFA). “Certified organic produce gives them that choice.”