Planning a big meal can cause boatloads of stress. Ham to the rescue!

Forget the intensive prep that goes along with lamb or beef. And chicken? A little boring, methinks.

Ham is the perfect centerpiece to your family meal — for the holidays, Easter or whenever you want to serve up an impressive dish with minimal effort. Don’t believe how easy it is? There are only three things you need to know.

1. Which kind of ham to buy 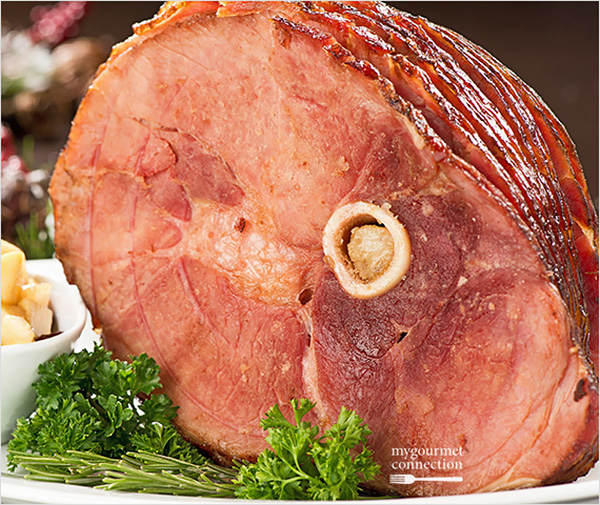 Deciding which type of ham to buy is your first step. Cured or smoked, whole ham or half, shank or butt, boneless or not… It can be confusing! It’s generally hard to find whole hams, especially in the northern half of the U.S., outside of the holiday season (they’re really big — up to 20 pounds!). If you really need one that big, you can try to get one from a specialty butcher or order online.

For half hams, the butt portion often comes semi-boneless and is a little more tender than the shank portion. The shank portion usually has a couple of bones. Spiral-sliced hams are easy to carve, but you have to be extra careful to not dry out the meat when cooking. And a word on boneless ham: If you’ve never used a meaty ham hock as the base of a soup or pot of beans, you’re missing out! Opt for bone-in whenever possible.

If you’re shopping at the supermarket, you’ll likely be purchasing a city ham. Country hams are cured in a similar way to prosciutto and tend to be very salty, and they are generally sold uncooked. City hams are the kinds you’ll usually see in stores. They come precooked.

The last thing to check is water content. In general, the better quality the ham, the less water content. Look for an ingredient list of just “ham” or “ham with natural juices,” and avoid those that say “water added” or “ham water product.” 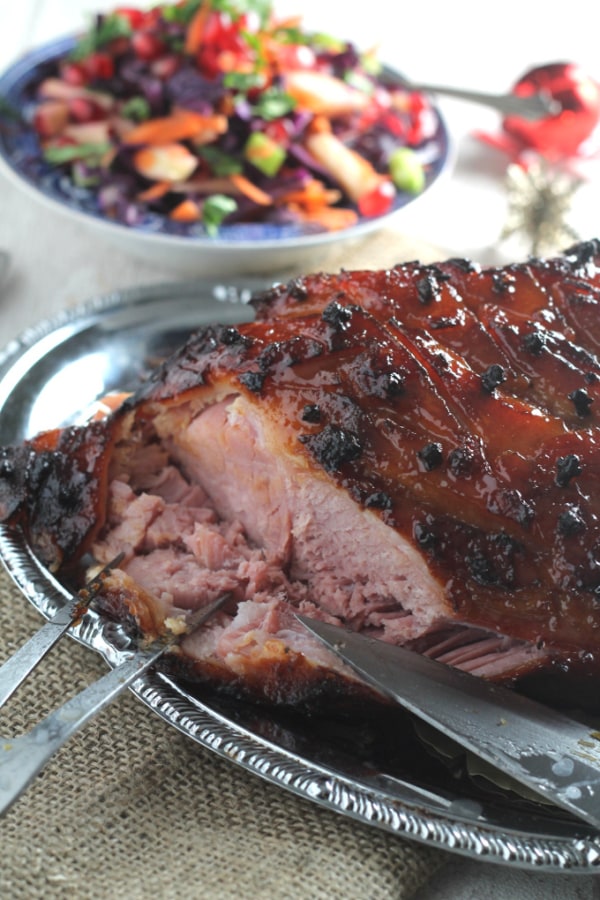 You want your ham to be flavorful and juicy. Since most ham you’ll be purchasing is precooked, putting it into too hot an oven or leaving it in too long could spell disaster. To keep in moisture, you can put the ham in a roasting pan with a little water in the bottom and covered in foil, or even just wrap the whole ham in foil to trap steam released as it cooks. Then, bake somewhere between 275 and 350 degrees F, until the ham reaches an internal temperature of 120 degrees F, usually one and a half to two and a half hours. Or you can even try using your slow cooker. 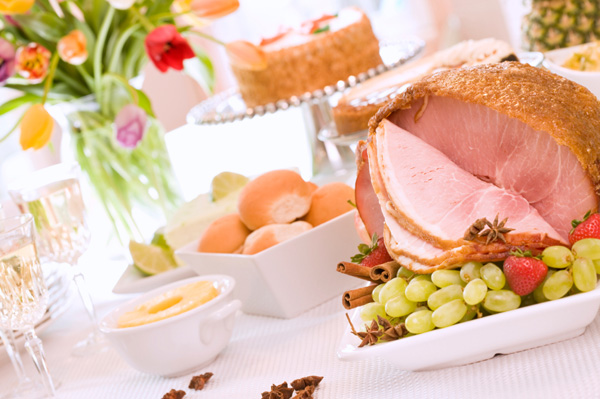 If you want to glaze your ham, you need to start your prep before the ham goes into the oven. Using a very sharp knife, score a crosshatch pattern into the skin of the ham. Put the ham, covered in tinfoil, into the oven. After it reaches an internal temperature of 120 degrees F, remove it from the oven. Crank the oven up to around 425 degrees F. Warm your glaze (try this tasty recipe). Brush the ham all over the outside with the glaze, and pop it into the oven for 10 minutes. Reapply the glaze, then bring the oven up to broil until crispy and caramelized.

Check out our Easter Pinterest board for more great ideas.