The days of boring, average, white-flour pizza crusts have gone. Average white pizza crusts have been replaced by a wide array of different bases that range from the delicious to the absurd. We will leave finding the best crusts to you, since we’ve done the legwork to find the ones you might want to reconsider.

Given the popularity of a whole new wave of different pizza crusts and ways to make them that have flooded American pizza places, it’s pretty obvious that the American consumer was yearning for more in a crust than pan or thin. Today, it’s possible to find many different types of crust using different grains, gluten-free flours and even veggies. Of course, it’s also possible to find some pizza crusts that might just leave you thinking “huh?”

The first of many of Pizza Hut’s offenders on this list, Pizza Huts in the Middle East decided that plain bread wasn’t good enough for their customers. Instead, there, diners are treated to crusts that envelope chicken fingers, hamburgers and other snack foods. It does solve the whole pizza vs. hamburger debate…

Check out the amazing graphic featuring not one but two odd sauces that seem to squirt right out at you in this soggy, cheesy, bizarre crust.

Pizza Hut Malaysia (told you they’d be back) has offered a two-ring pie with a cheese-stuffed outer layer and a meat-stuffed inner layer. Add such amazing toppings as ham, zucchini and Alfredo sauce, and you have a recipe for heartburn no matter what part of the world you’re in. 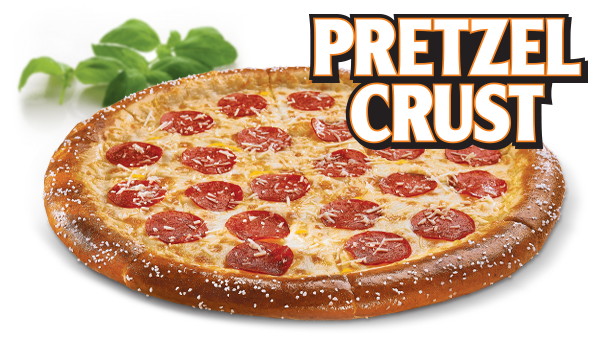 Not to be outdone by its fellow chain, Little Caesars offers a soft pretzel crust, which isn’t so weird, until you realize it also comes with that weird yellow not-cheese they serve at ballparks. Yum? We don’t think so.

The only gluten-free pizza to make the list, the mizza is a crispy rice cracker that gets topped with pizza fixings for an experience that seems more likely to chip a tooth than please the tongue.

Pizza Huts in Germany have blended into the local flavor by enveloping sausages in their crust. OK, maybe it’s not that bizarre in concept, but it’s still one weird-looking pie.

Pizza Hut’s international reach is outdone only by its attempt to please local palates with some weird pizzas. Apparently in South Korea, you can find out what it’s like to have cranberry sauce in your crust. Strangely enough, we don’t think we ever asked that question, but there it is nonetheless. 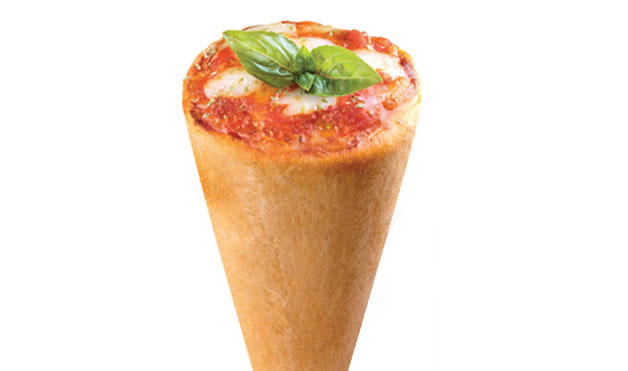 It’s an ice cream cone! No, it’s a pizza! One new craze in pizza crusts is the cone pizza, which is just a cone-shaped crust stuffed with sauce and cheese.

Back in Korea, Pizza Hut keeps things rolling with a surf and turf pizza and a crust made from turnovers stuffed with cream cheese and other sweet ingredients like cinnamon and fruit.

Yes, Pizza Hut again. If the song “Land Down Under” taught us anything, it’s that Australians will eat vegemite when no one else will. That’s why Pizza Hut decided to stuff the stinky, bitter concoction into its crusts.

The international pizza community seems to like their pizza crusts to be finger foods. It’s no surprise, then, that shrimp and mayo (a popular Asian pairing) get stuffed into this pizza crust that gets served as an appetizer before the pizza. Or something.

Why not stuff a pizza crust with another pizza, right? That was the inspiration for the two-in-one cheesy opera pizza. Just one more way Pizza Hut has made us rethink pizza and our lives.

Not really a pizza, but certainly a dish that draws inspiration from a pie. Plus, in a pinch, a toasted hamburger bun can make a crust of sorts. 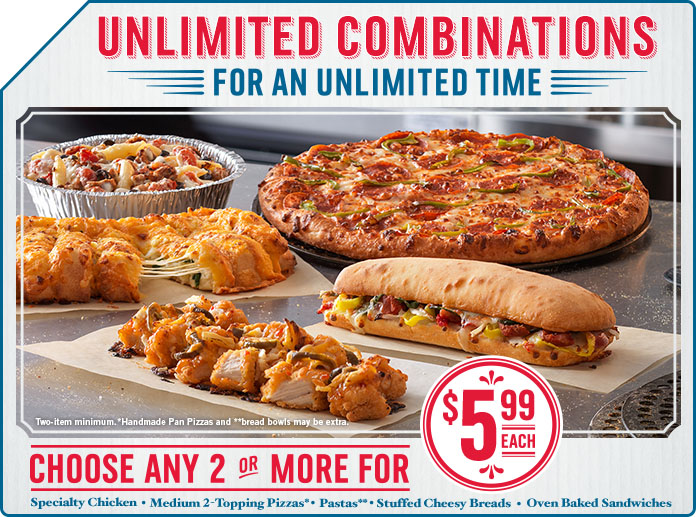 We saved the best for last. Domino’s has somehow managed to master the art of fried chicken bites. Wanting to make sure we stuff as many of these things into our mouths as possible, they now offer chicken bite “pizzas,” which are delicious in any language and at least a thousand times better than crust stuffed with roe.

The Trader Joe’s Sparkling Wine Under $10 One Sommelier Says Is So Good, ‘It Should Be Illegal’