Long gone are the days when England’s favourite foods were the likes of black pudding and spotted dick. These days the average English menu is far more cosmopolitan, reflecting the diverse range of cuisines enjoyed nationally. So this St. George’s Day, April 23, toast England’s heritage with one of these well-loved dishes. 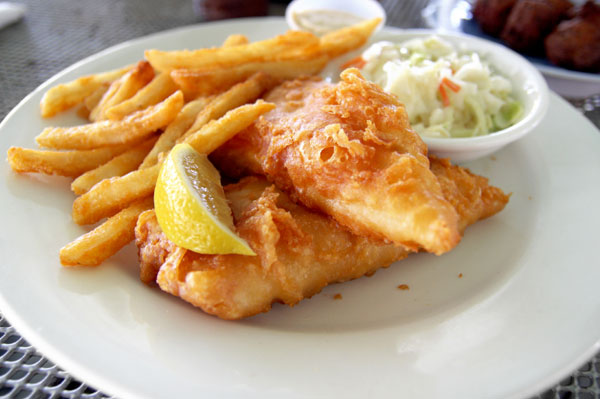 Increased competition means it’s not the standout fave it once was but good old fish and chips remains a popular choice. While you probably won’t get your cod and chips wrapped in an old copy of The Sun these days, a takeaway from the chippy is still an enjoyable, nostalgic treat for many.

High streets chock-full of pizza restaurants and takeaways, plus supermarket brands aplenty, leave us in no doubt that the English love their margheritas and the like. Options cater for all tastes, from thin and crispy through to deep pan with crusts bursting full of garlic and cheese (probably not an authentically Italian creation, that one). 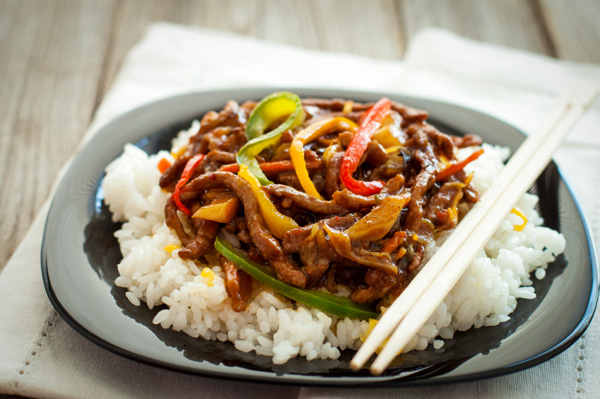 A recent study by the Food Network U.K. found that one in five Brits now feast on stir-fry at least once a week, enjoying its ease of preparation almost as much as its taste.

This meal of roasted chicken chunks in a spicy sauce has long topped lists of Britain’s most popular restaurant dishes, to the extent that it’s sometimes referred to as Britain’s national dish. 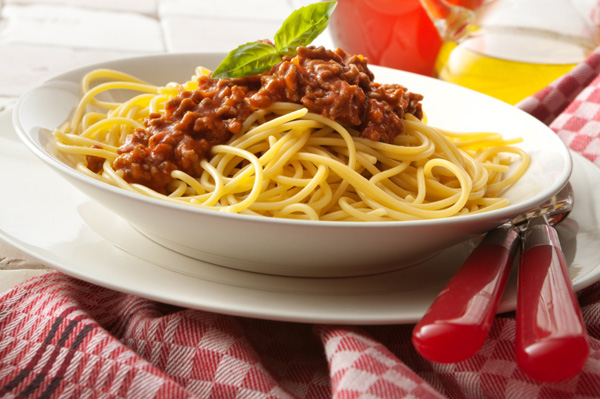 Though of Italian extraction, spag bol has been adopted as an English staple. Purists say the version so beloved by the English is a very different dish to the one originally created in Bologna, however.

It gets its green colour from its chilli content, making for a hot and spicy dish usually made with beef, pork, chicken or fish and served with either rice, rice noodles or roti. 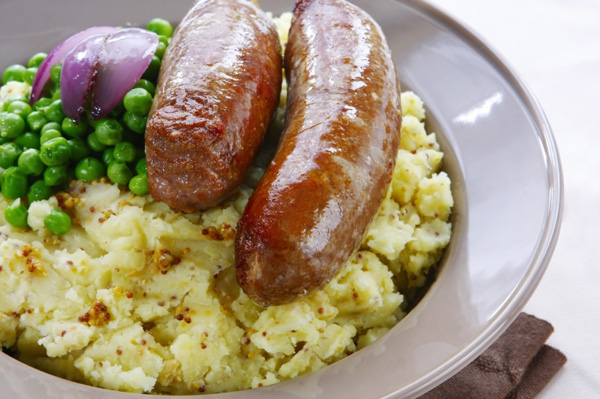 The traditional British Sunday lunch dish of roast beef, Yorkshire pudding, gravy, roast potatoes, veg and more gravy may not be the family staple it once was, but many English folk still love a good roast and the carvery remains a popular option down the pub.

Another old school classic, English folk love a hearty plate of sausages and mashed potato as much now as they ever did. Onion gravy, baked beans or mushy peas can set this off a treat. 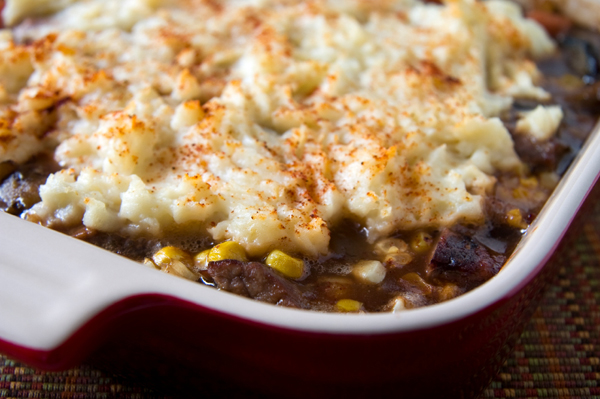 Deep-fried pieces of chicken served with sweet and sour sauce? Sounds like exactly the kind of Chinese food the English can’t get enough of! Not surprisingly, it’s believed that this dish originated in the West, with Chinese restaurants adapting their traditional dishes to suit the palates of their new audience.

This old British national dish is a hearty minced lamb and vegetable dish topped with mashed potato. Most popular during the winter months and served with peas, it’s not to be confused with Cottage pie, which is a similar dish made from beef.

The great British cheeseboard
What in the world is figgy pudding?
Bangers and mash recipe

22 mins ago
by Justina Huddleston

3 hrs ago
by Jennifer Tzeses