Thanks to Reddit, the internet has once again lost its collective mind. This time the culprit is a new flavor of Starbucks syrup: cheese! 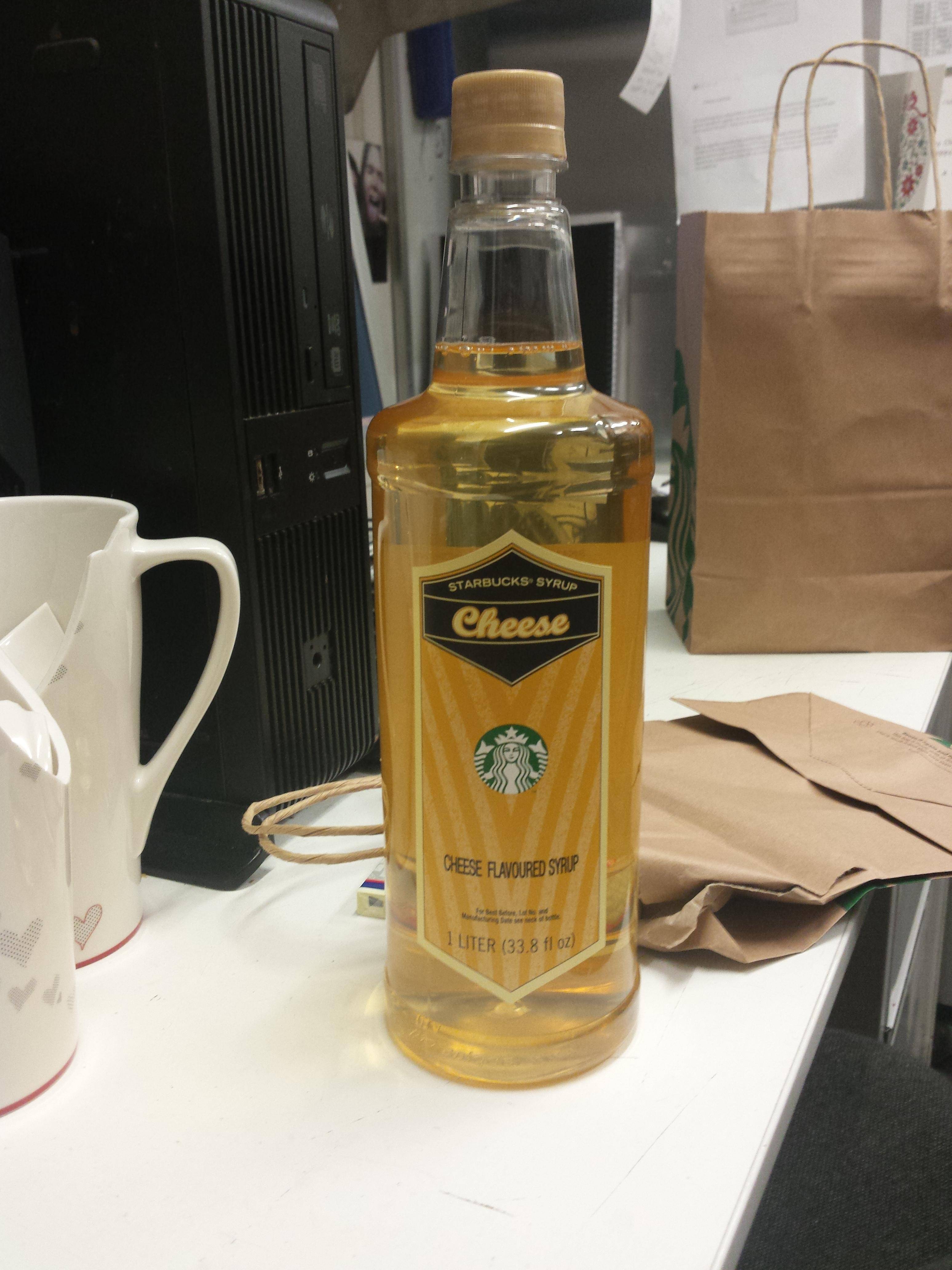 A syrup bottle simply labeled “Cheese” appeared on Reddit a few days ago thanks to a poster announcing “Got a new syrup in Australia today!” And as you can imagine, it’s now making the rounds and driving people bonkers over this odd new flavor addition.

Some of our favorite comments on Reddit included “one nacho bell grande latte please,” “showed this to my partners this morning and we are imagining it tastes like blending a Danish into a STCF,” “extra cheese frappuccino happy hour? shudders,” “I want extra Cheetos dust topping on my whip” and “I feel like this is a joke we’re missing out on.”

Truth be told, it’s not as bad as we had originally assumed. Apparently it’s actually a cheesecake-flavored syrup that is meant to go in Australia’s new Strawberry Frappuccino. And while this option is infinitely better, Starbucks now has the whole world asking: Seriously, do we want a real cheese syrup for our morning coffee?

Move over, Pumpkin Spice — here comes the Chestnut Praline Latte
We may soon have a Guinness-inspired coffee from Starbucks
Oprah teams up with Starbucks to sell chai tea