There isn’t a sport I hate more than football. Honestly, I just can’t stand it. From the announcer’s voice, to the music on the TV between each play, to the fact that it stops every four seconds… I could go on and on and on, but I’ll spare you.

There’s one redeeming factor to football, though: the food that comes with it. I won’t give in to regular season games, but it’s hard to pass a Super Bowl party knowing all the amazing food that awaits. And by amazing, I mean glorified greasy, finger-licking-good bar food, because, let’s be real, that’s exactly what it is.

When I think bar food, jalapeño poppers instantly come to mind. There’s nothing better than that creamy cheese combined with the spice of the jalapeño. These are poppers taken to the next level. With Buffalo sauce, chicken and cream cheese on the inside, you’d think they’d be good enough to stop there. But why do that when you can wrap them in crispy bacon too? It’s like bacon and football were meant for each other. So I’ll happily listen to the “duh, duh, duh, duhhhh” horrific-ness on TV if I get to throw back a few of these while doing so. 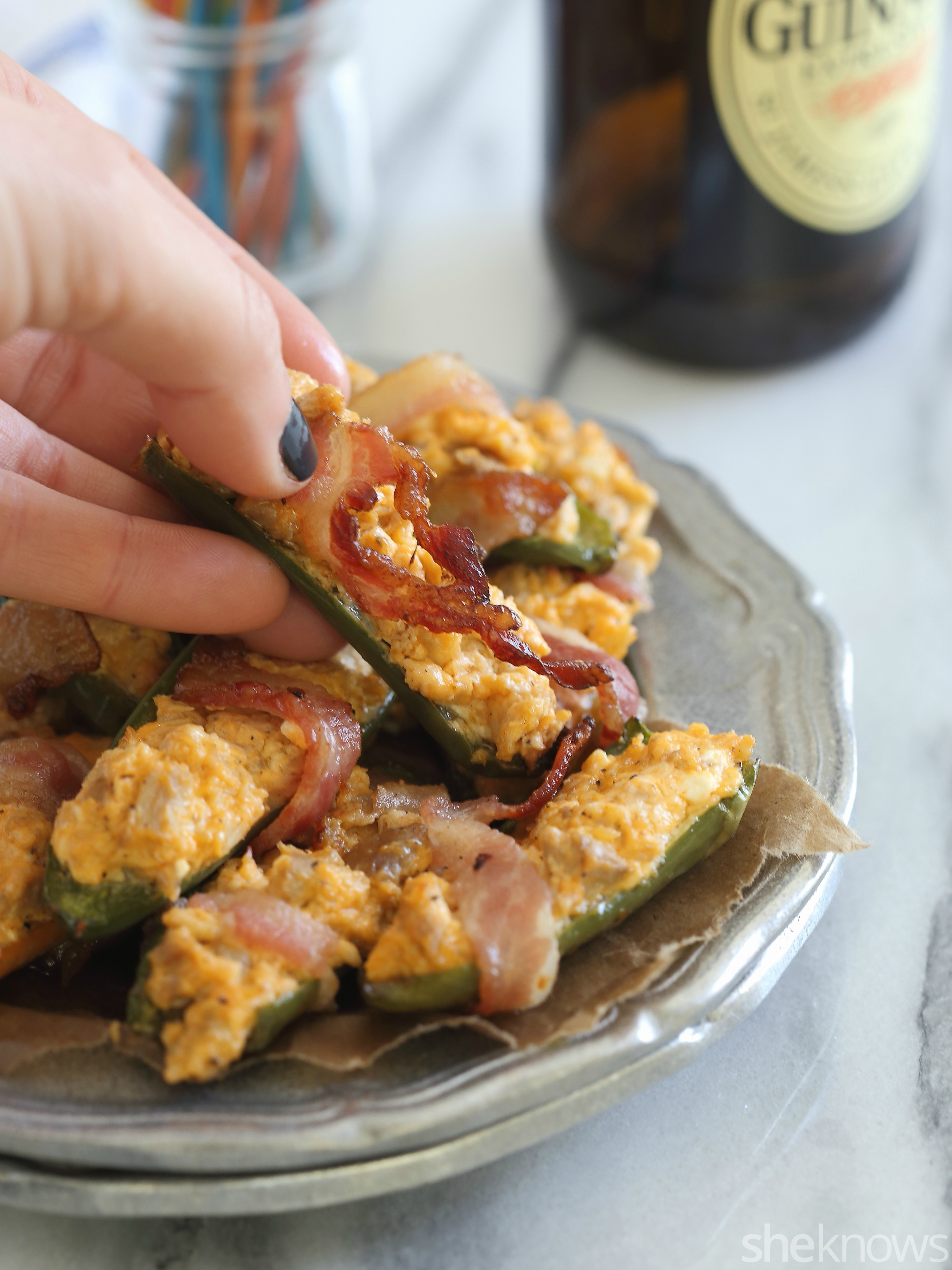 The ultimate finger food. Who doesn’t love some Buffalo spice and bacon while watching the big game?

See all our Super Bowl-related articles