When it’s freezing outside, settling down with a delicious and warm bowl of soup is just what the doctor ordered. Planning ahead with freezable recipes is a surefire way to simplify life around mealtime. This winter, try any of these hearty soups that are freezer-friendly to use at a later time.

How to reheat frozen soup

It’s best to defrost frozen soups slowly, so try to place yours in the fridge the day before you plan to eat it. If you can’t do that, then defrost by placing the bag of frozen soup in a large bowl and running lukewarm water over it until thawed. When it comes time to heat the soup, do so slowly, and stir often. Add some water to chunky broth-based soups or heavy cream to creamy soups if it seems they aren’t as liquidy as their original versions. 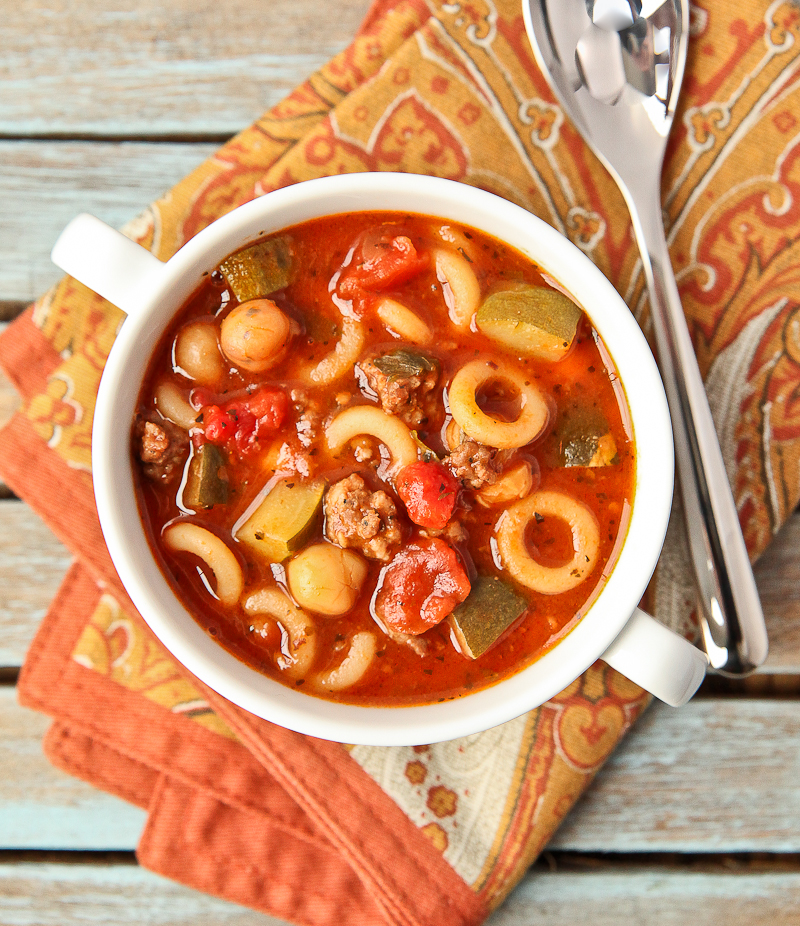 This Italian sausage soup by Kristina Vanni brings the flavors of Italy right into your home. 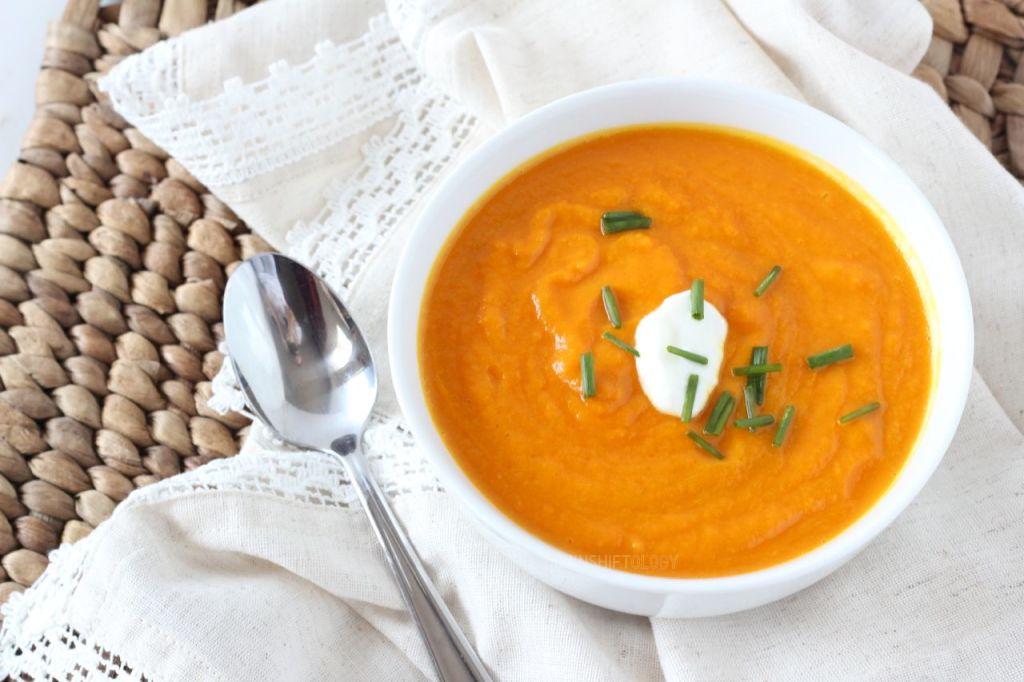 This carrot-ginger goodness is high in beta carotene and great for your gut. 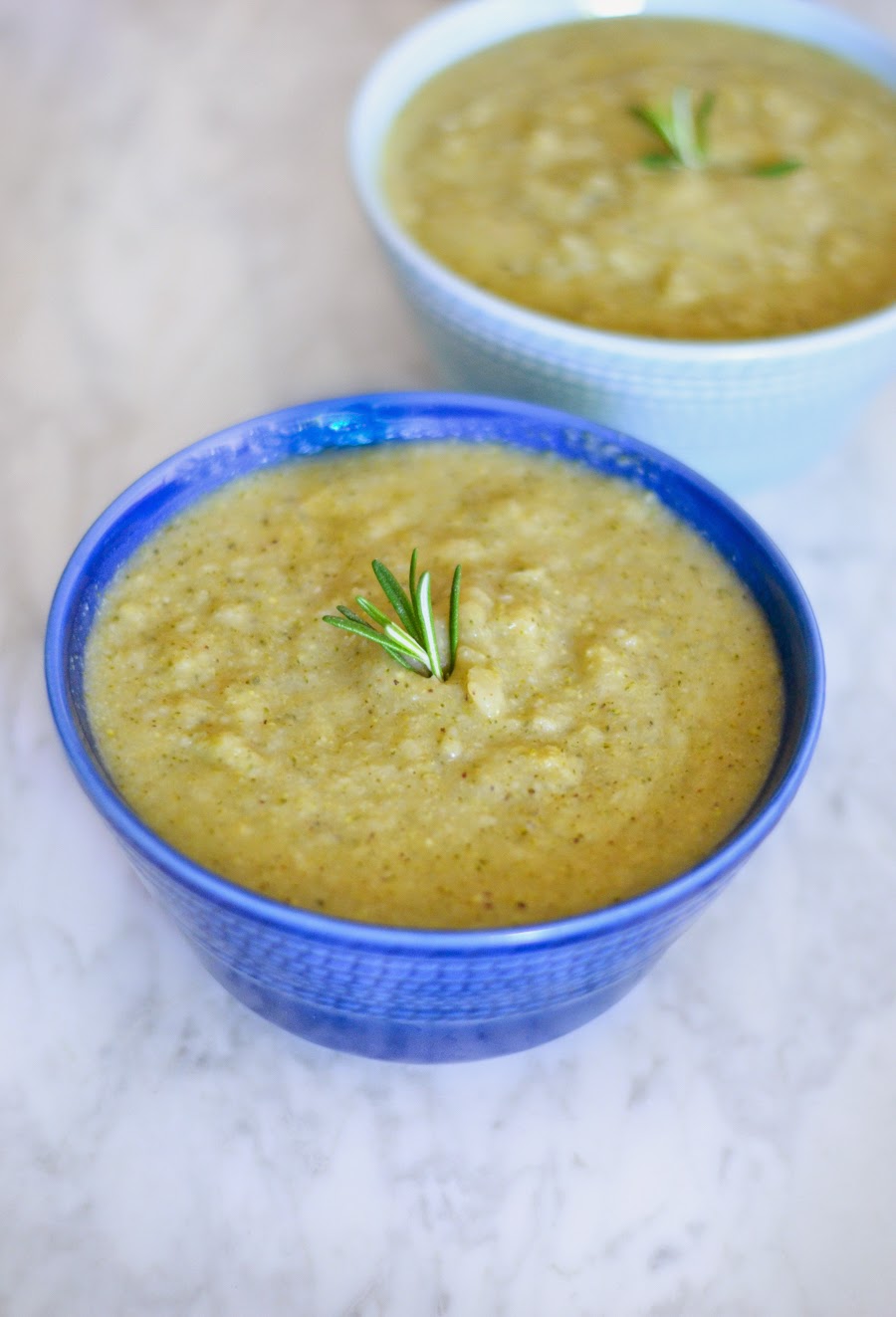 This vegan version of broccoli and potato soup offers up some guilt-free deliciousness. 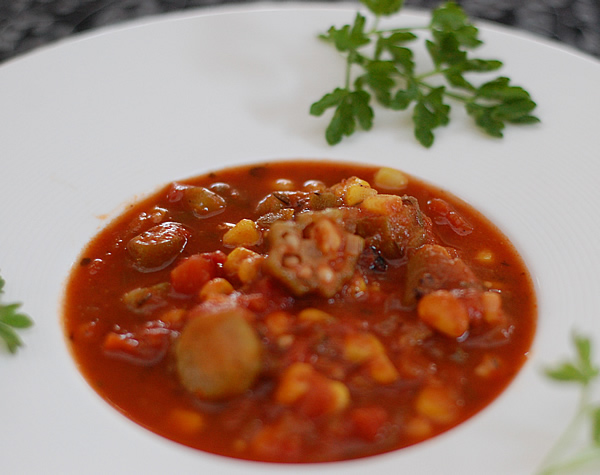 Make this gluten-free Creole okra corn soup on the stove or in a slow cooker. 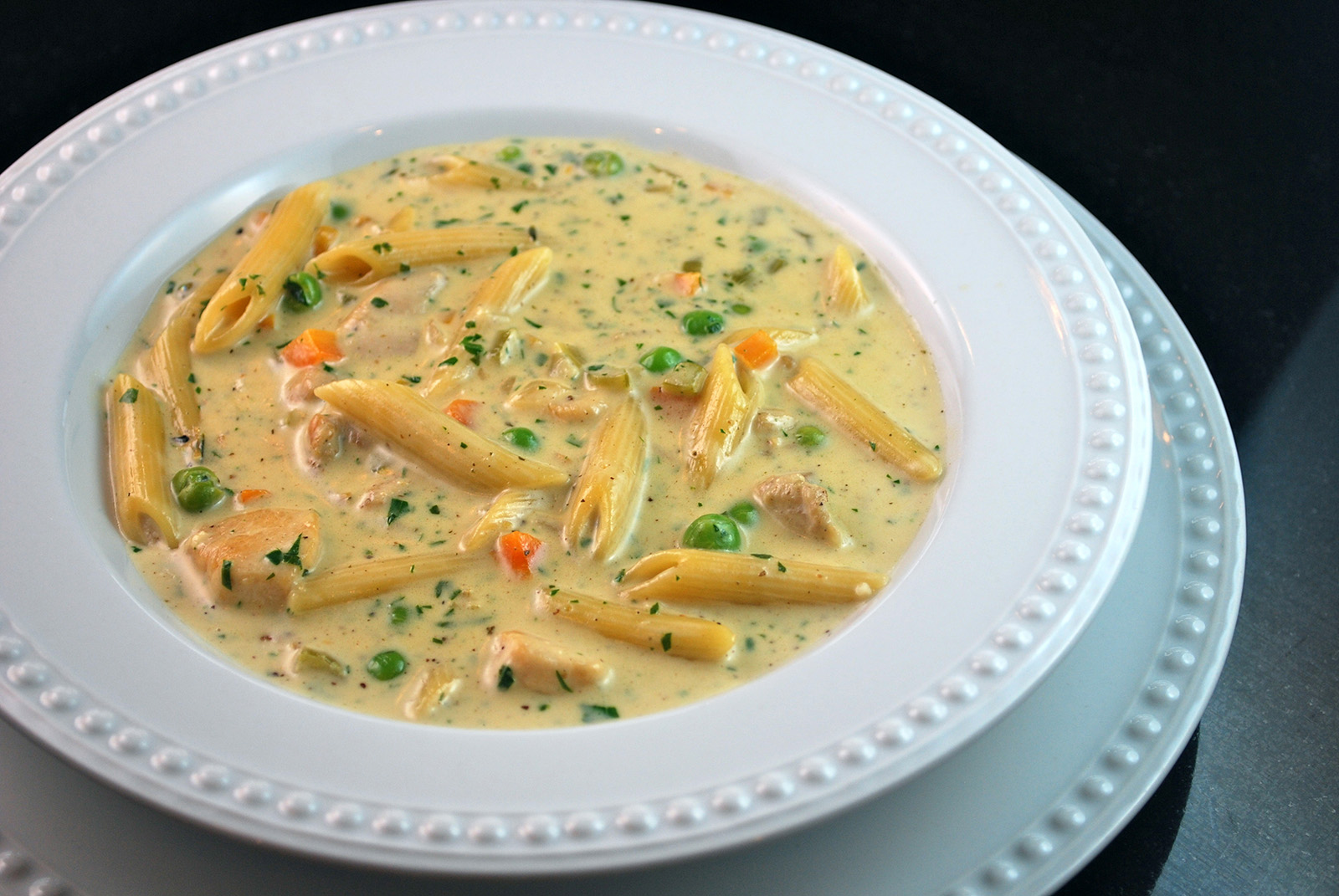 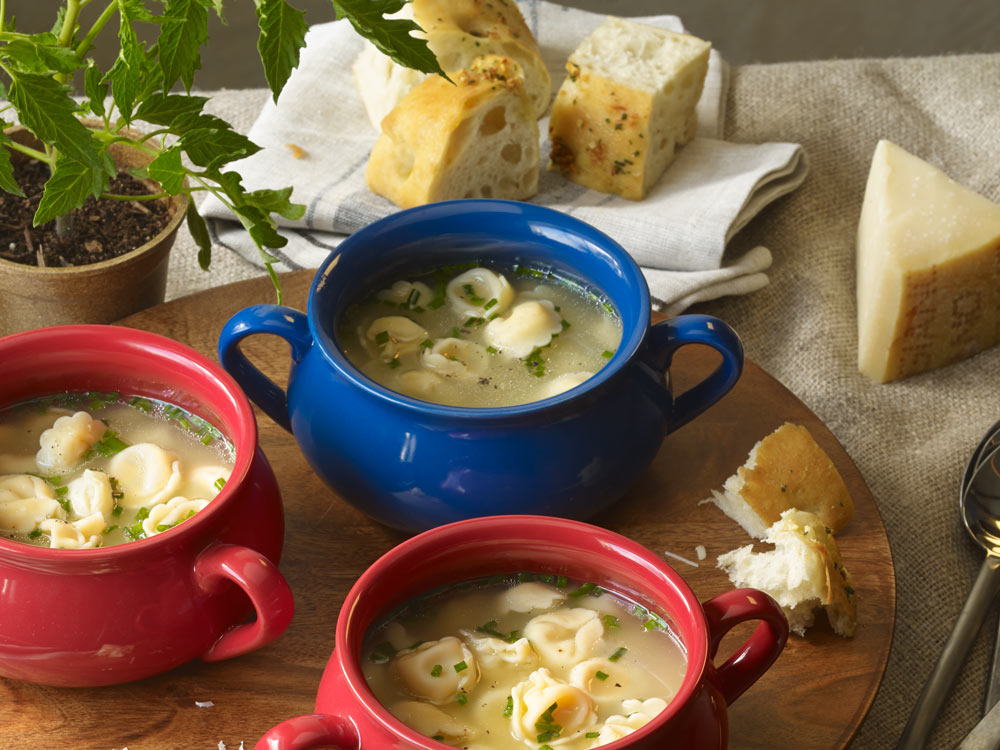 Because sometimes you need a little shortcut. Using Three Bridges’ five-cheese tortellini, you can make this freezable soup in virtually no time at all. 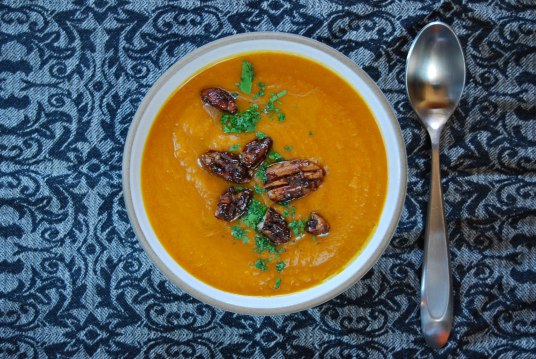 This vegetarian soup recipe calls to be topped with candied pecans once it’s defrosted. 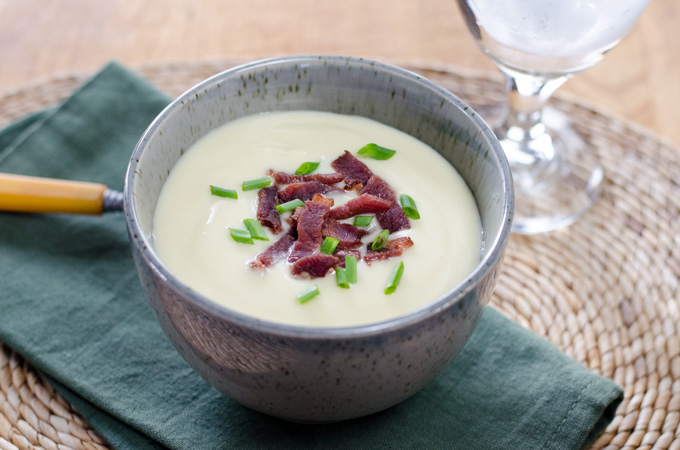 You’ll wonder how this impossibly creamy soup is really gluten-free and paleo. 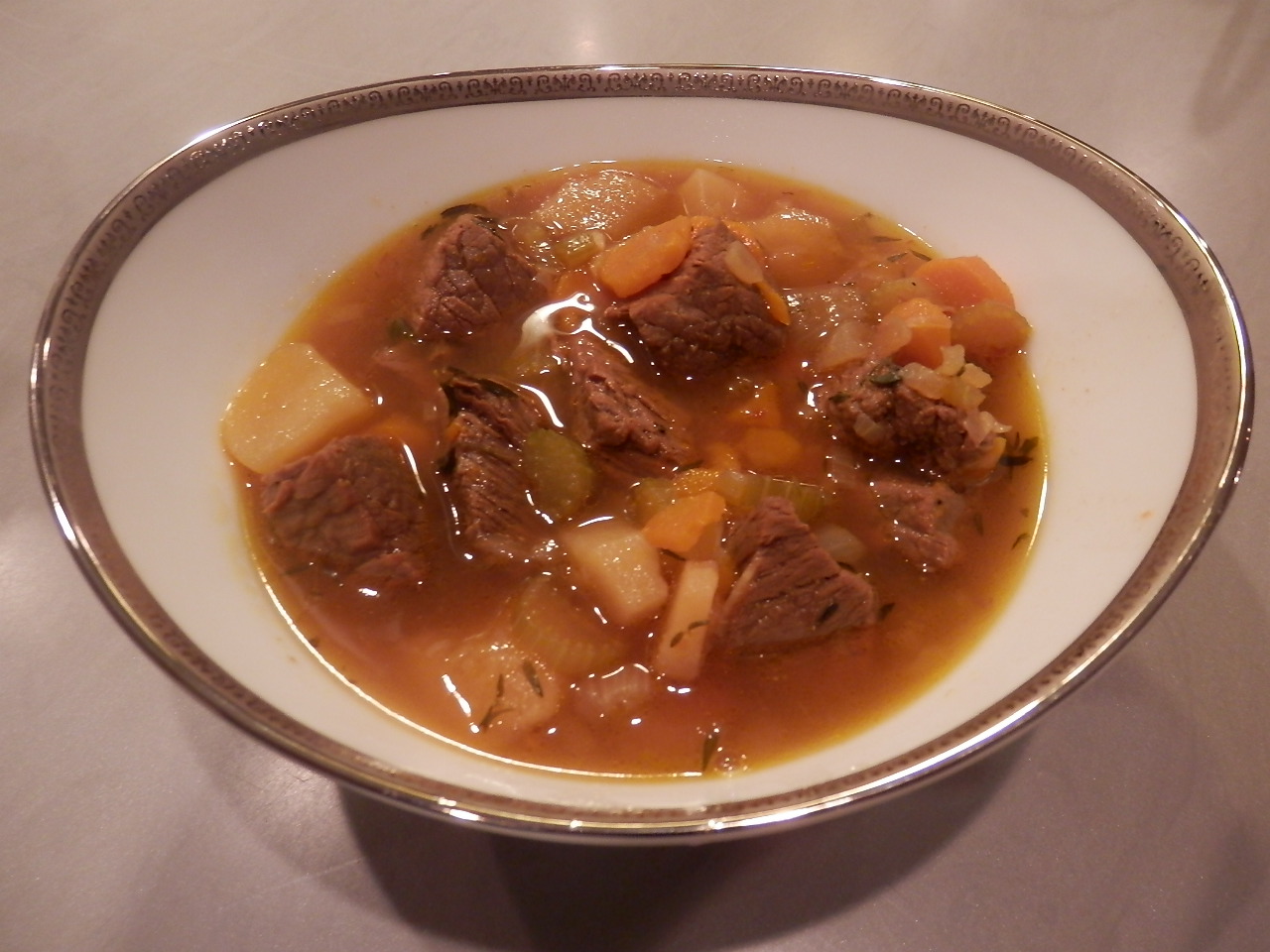 Image: All the Tastes of New York

Break out the Dutch oven for this hearty steak and vegetable soup. 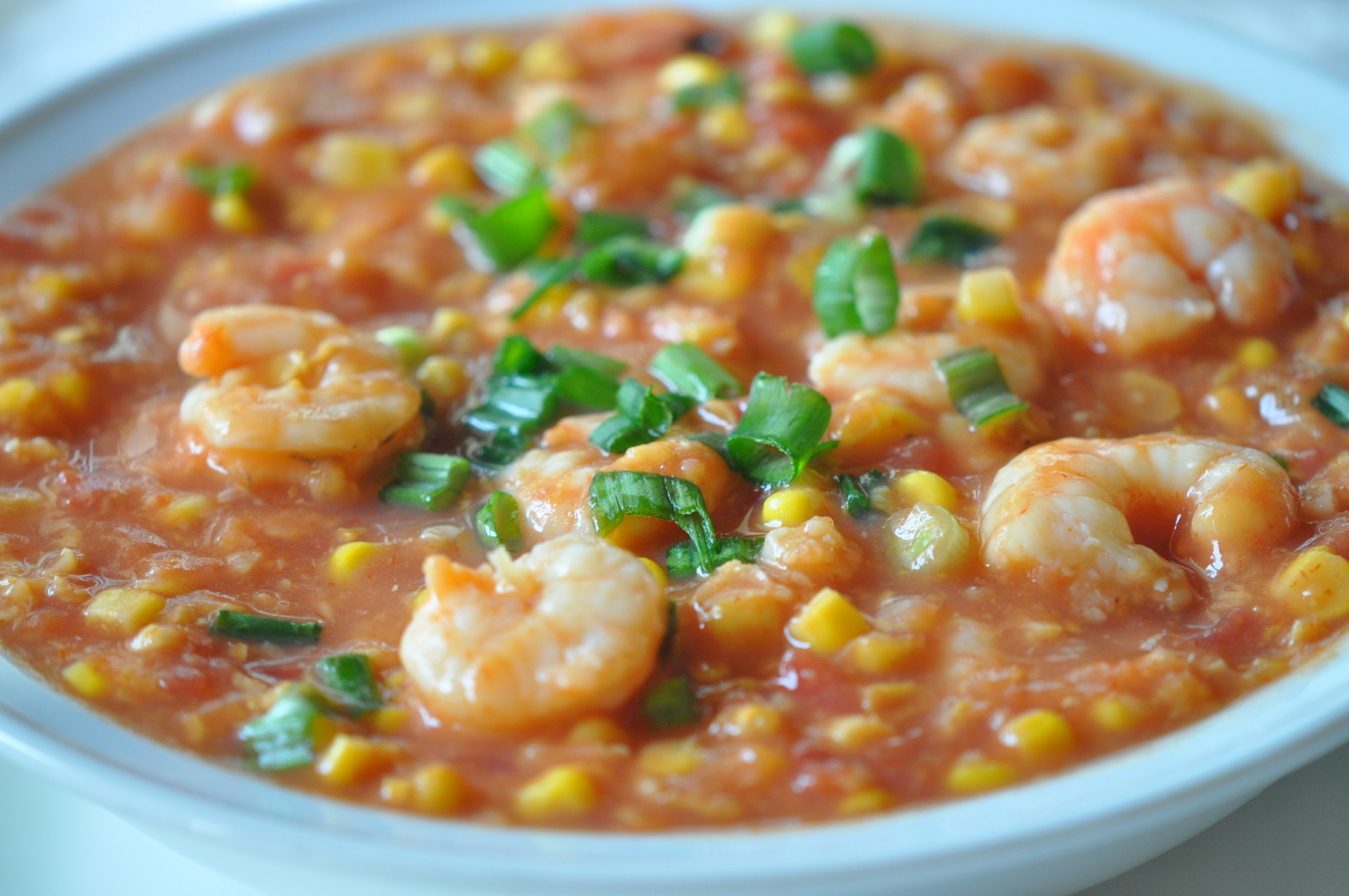 This Louisiana-born shrimp and corn soup is ready in under 15 minutes. 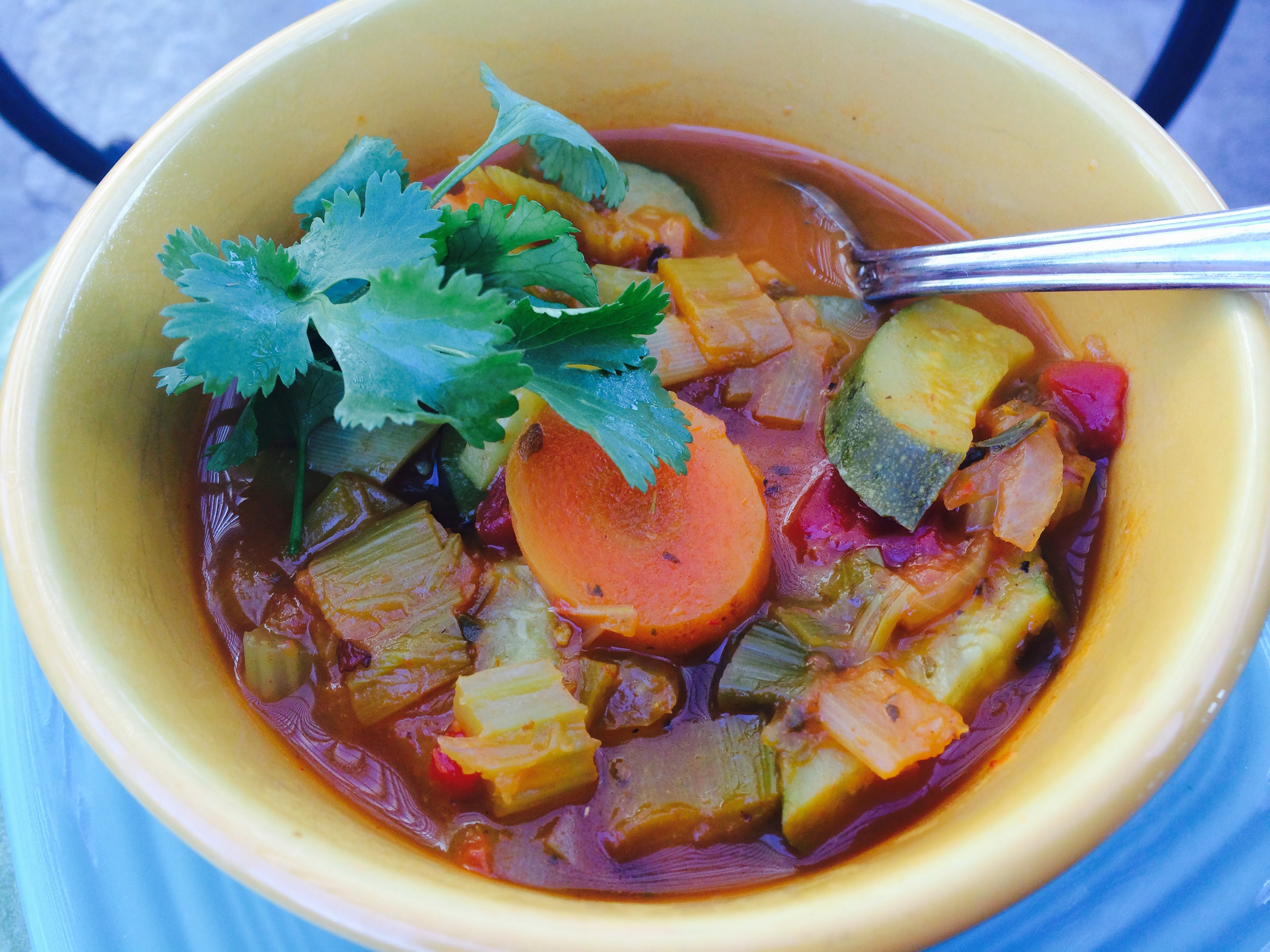 Dubbed The Plant-Powered Dietitian, Sharon Palmer shares a flavorful recipe that will boost your health in the cold winter months. 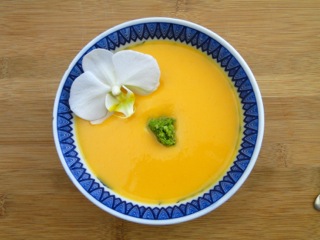 Image: Something New for Dinner

Lime and coconut give this butternut squash soup a Southeast Asian twist. 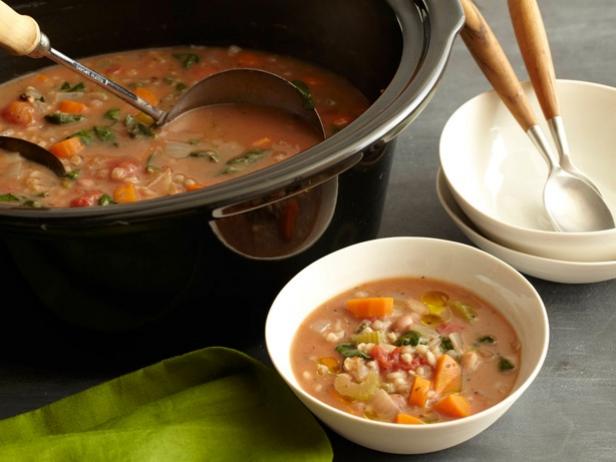 The chefs in the Food Network kitchen put together this easy-to-follow recipe for a slow cooker bean and barley soup. 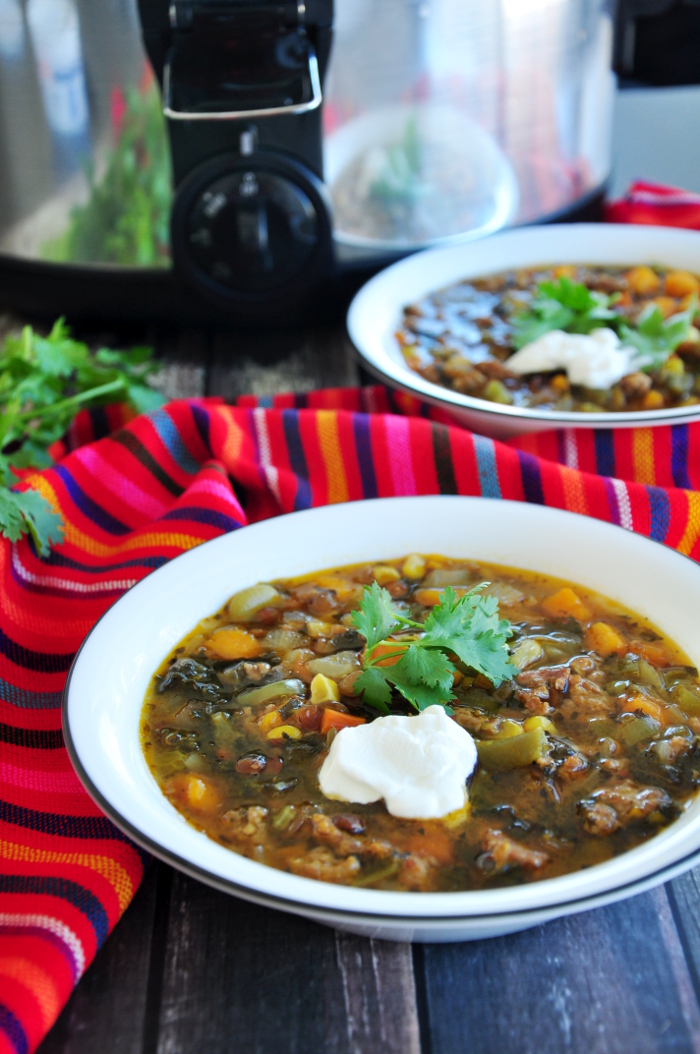 This hearty slow-cooked soup is loaded up with vegetables, sausages and lentils. 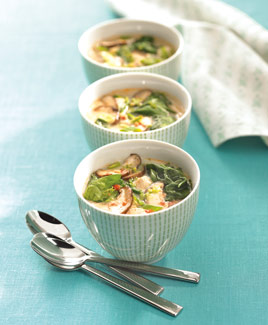 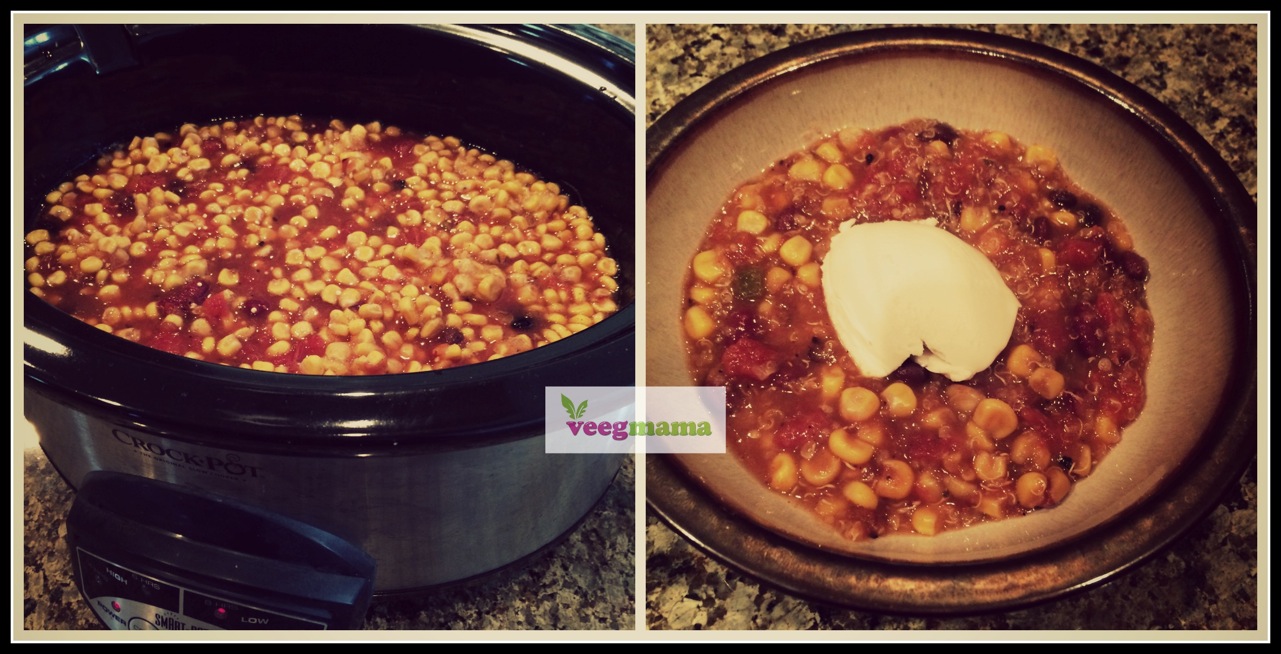 There’s no such thing as a dreary winter without a satisfying bowl of chili. Give this vegan chili recipe a try. 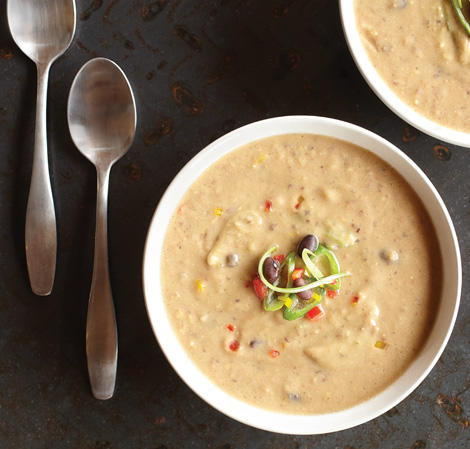 Image: Staying Skinny in the City

Use the Vitamix to stir up this black bean soup. 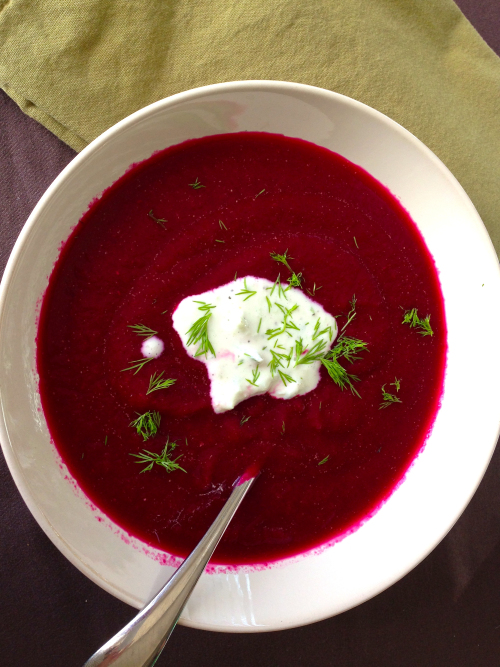 Borscht is a classic soup of Eastern European countries, dating back to the 14th century. Try this improvised version of the real thing. 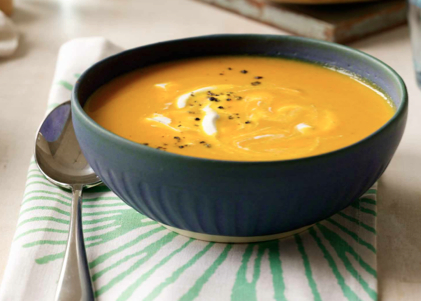 Past winner of The Next Food Network Star Melissa d’Arabian shares one of her favorite recipes, orange-scented carrot soup. 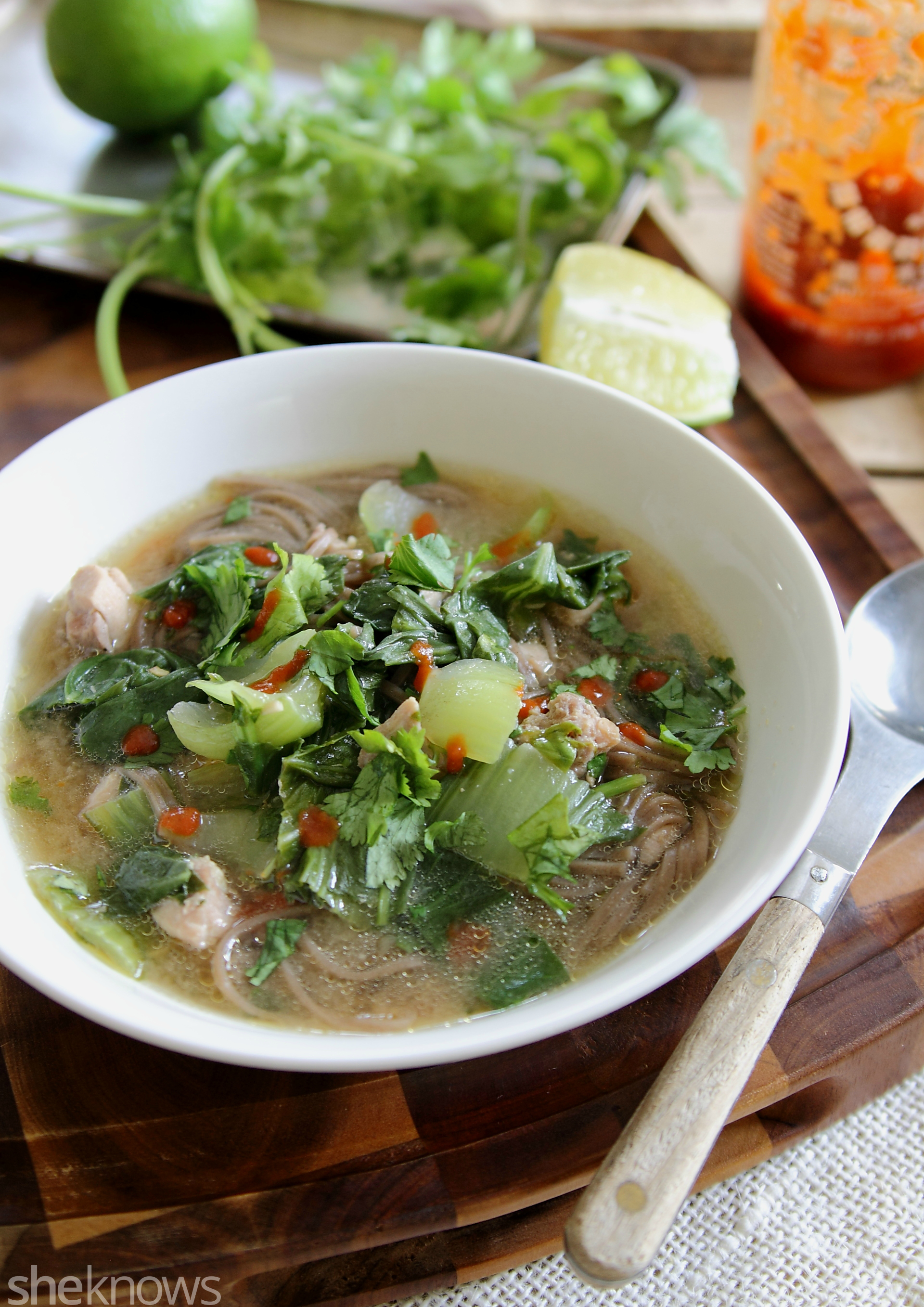 Chicken noodle soup meets spicy Thai. This recipe has the perfect combination of ingredients for the cold winter months. 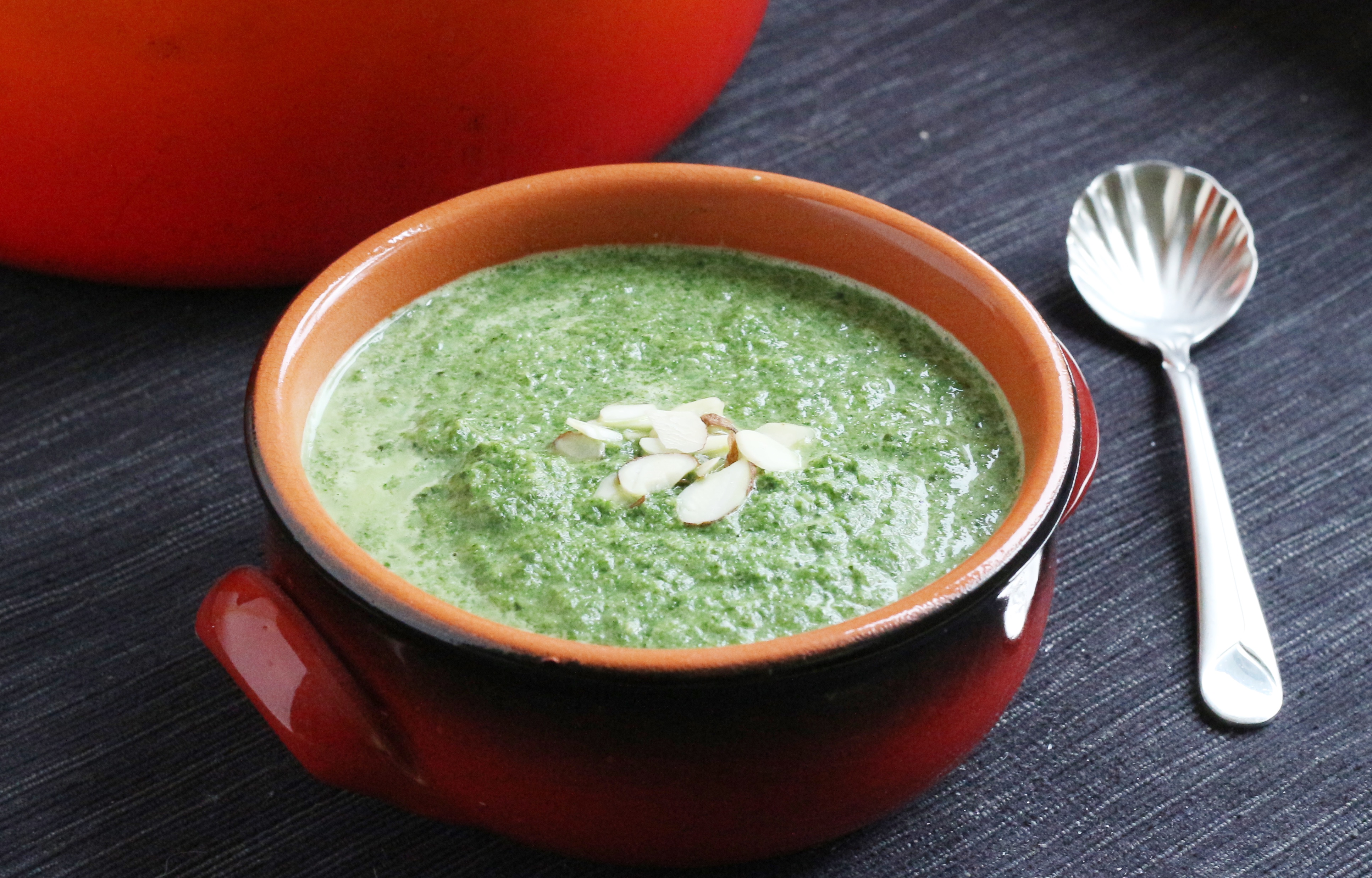 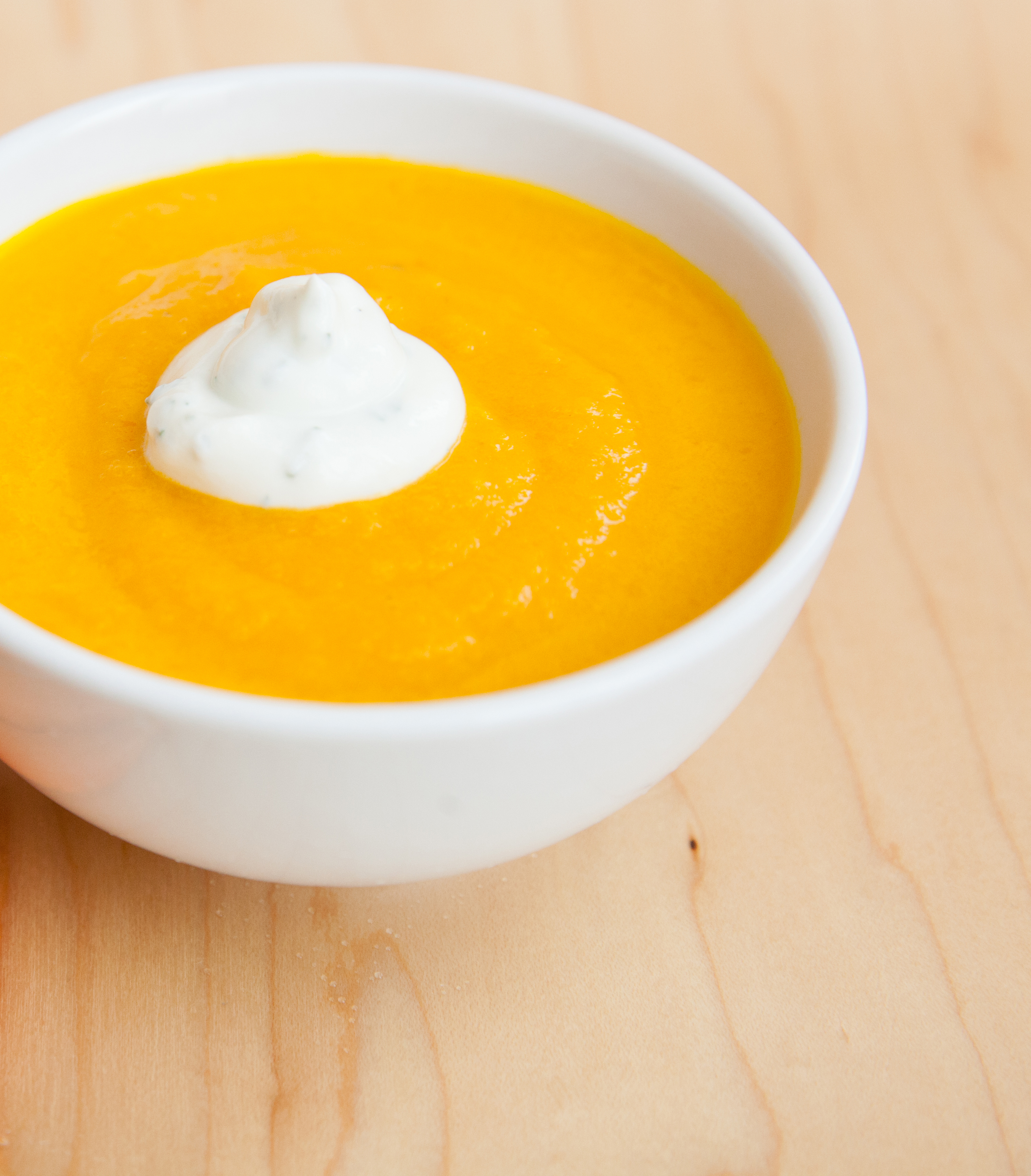 This recipe comes with a warning: It’s highly addictive. Simple and satisfying, the mix of pumpkin and Sriracha sauce provides a wonderful treat for your taste buds. 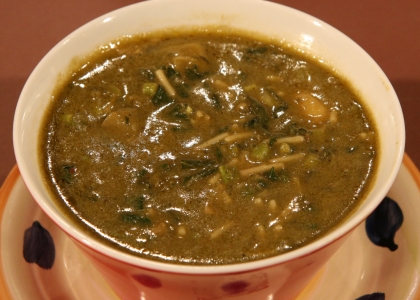