Did you know it’s possible to find soda that tastes like bacon, ranch dressing or beef teriyaki? These sodas — and many more bizarre flavors like them — are available in fancy soda shops and on the internet. Some are better than you’d think, some are worse than you fear, but they all have to be experienced at least once.

15 Bizarre sodas we can’t help but love a little

The world of soda has moved past Coke and Pepsi. Today, soda makers are flooding the market with wondrous new flavors and new takes on old classics, and are perfecting the drinks we grew up with. Of course, they’re also going off the deep end and creating brews no one should drink. Ever.

Yet for some reason, we find we do, and we find that sometimes they’re just bad enough to be amazing. 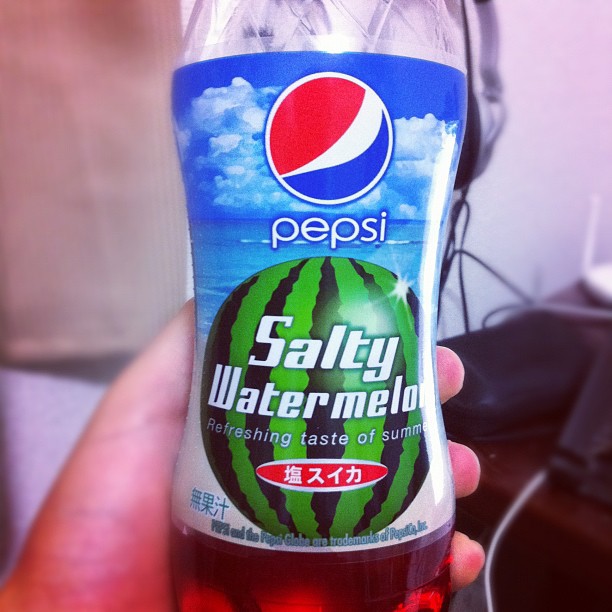 Only available for retail sale in Japan (and internet sale everywhere else), Pepsi Salty Watermelon is a carbonated take on a favorite summer ingredient. With salt added. Sadly it is that salt that makes this drink rather unpalatable. Had the flavor of the watermelon been more prominent, the soda might have been OK, but instead it just tastes of salt and fizz. 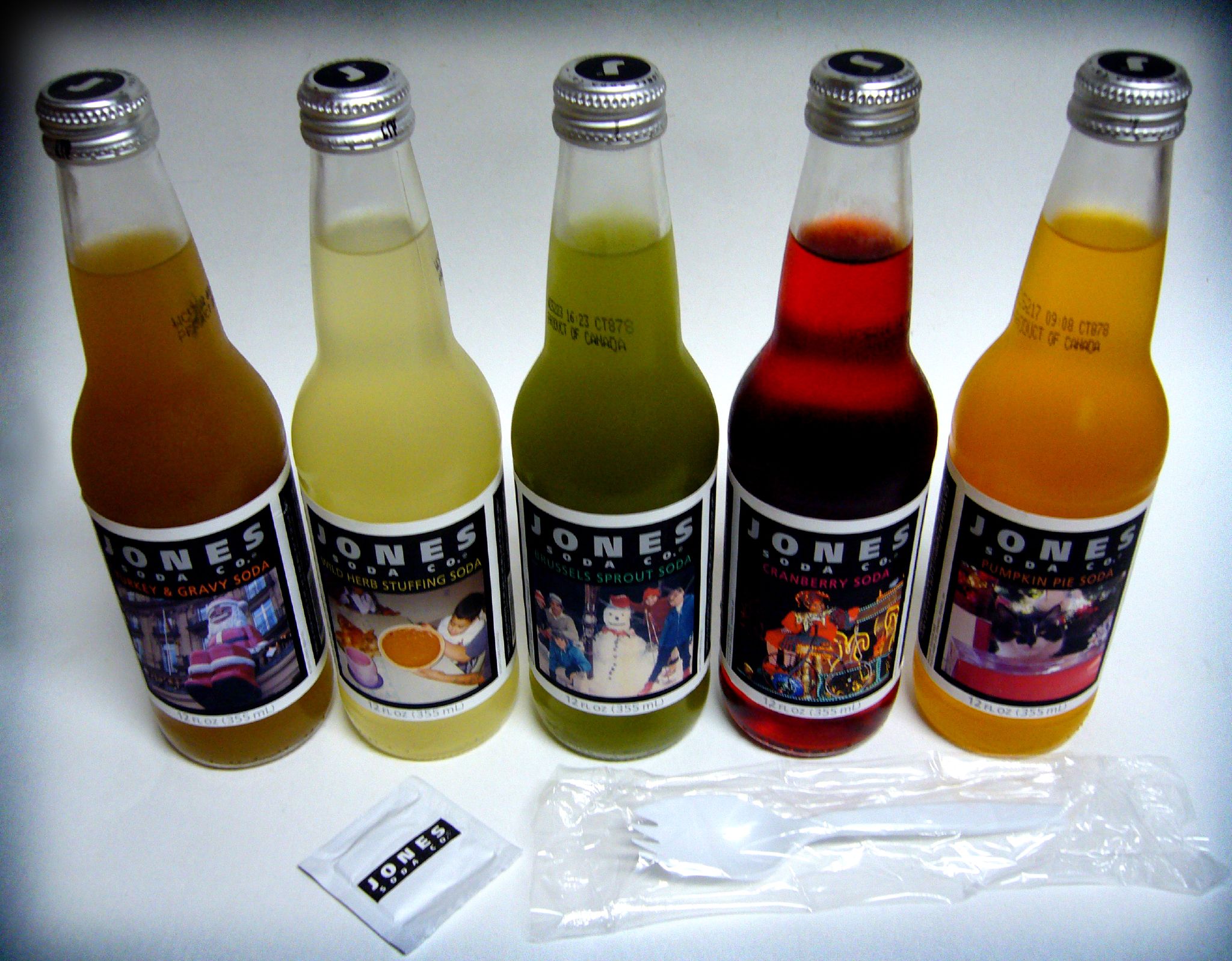 Jones started off as an artisan soda maker that produced some really decent drinks. They were doing well for themselves until they decided to produce Thanksgiving in a box, which would make sense if they were a frozen food provider. Instead, they make soda, and so they decided to create five sodas covering everything you might expect from a traditional Turkey Day meal: gravy, stuffing, cranberry sauce, etc. After that, they blew up.

As for us, until Jones released its holiday sodas, we never knew we needed gravy soda. Having purchased a bottle of said drink, we’re still not sure we need gravy soda. 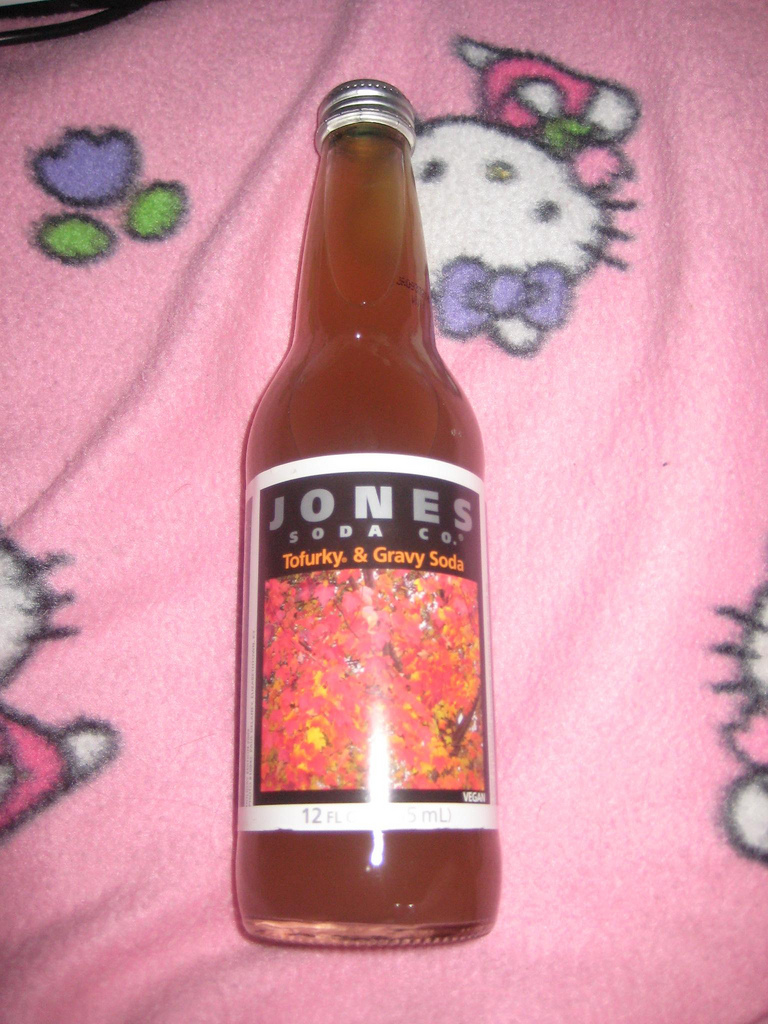 Adding Jones’ Tofurkey drink to this list sort of feels like double dipping. However, the thought of Tofurkey-flavored soda was just so wrong we had to put it on the list. Ick. 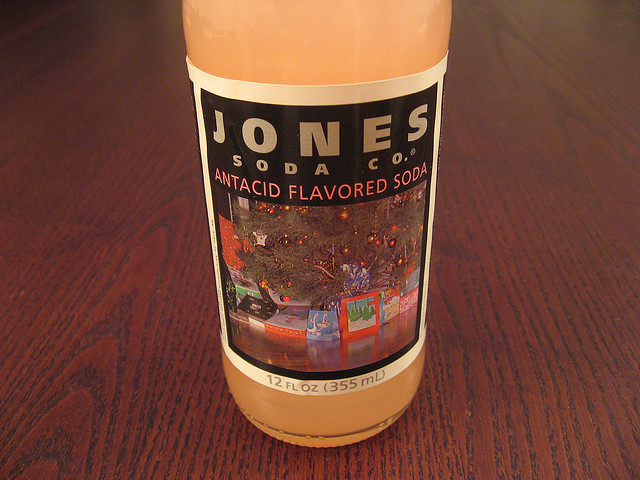 OK, we could have gone on all day about Jones and their… uh… amazing?… array of sodas, each more bizarre than the last. And though we wanted to give other sodas their moments of glory, we couldn’t pass up antacid-flavored soda. Complete with a vibrant Pepto-pink color, this soda might just be what you need to rest your tummy after a Thanksgiving meal. We’re not holding our breath, though.

Oh Lester’s, what have you done? Sold in a ranch dressing-esque bottle, this soda looks like watered-down milk and smells of spoiled buttermilk. Still, we give the company bonus points for creativity. And nothing else.

Yes, chocolate soda makes the list. All the chocoholics out there are probably wailing and gnashing their teeth right now at the thought that a chocolate-anything might make a “grossest” list. Still, chocolate soda… it’s a little dicey. Well, a lot dicey.

Back to Lester’s. Strangely enough, had Lester’s stopped with bacon soda, this drink wouldn’t have made the list. However, bacon and chocolate together goes back to the idea that chocolate soda is bizarre. Plus, the odd sweetness of chocolate and the overly salty flavor of bacon doesn’t work in soda form.

This one is not as bad as you’d think, but it’s still weird. Really weird. It’s basically like drinking slightly sweet, carbonated, citrusy Tabasco sauce. Yet it rates as one of the best sodas on the list.

Salty. Beefy. Slightly sweet. We love beef jerky. We just cannot fathom what would ever convince us to drink it as a soda. Still, once we learned of the existence of this drink and Beefdrinker, the fantastic producer that created it, we had to try it. It tasted kind of like wet beef jerky. Yeah, imagine that feeling.

Part soda and part laxative, Mauby Fizz is a soda made from the bark of the mauby tree. Available only on certain Caribbean islands, its bitter flavor is nonetheless loved by natives and those tourists brave enough to try it. Still, the strong flavor is an acquired taste, and the extra time in the bathroom is often not what people want when touring the islands. 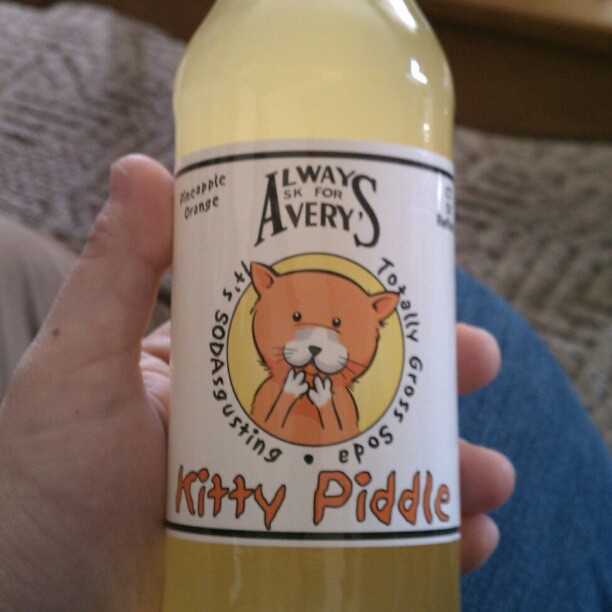 Ah, Kitty Piddle. We’d drink you every day if for no other reason than to avoid drinking beef jerky soda. Actually, this grossly named drink is really very good soda flavored with orange and pineapple. It’s just the name (and the color) that makes this one hard to swallow.

Love that marijuana feeling but hate all that smoke? Have no fear, because you can buy Canna Cola, a THC-infused line of drinks available everywhere medical marijuana is sold. Actually, like Kitty Piddle, the Canna Cola flavors all look really good. We’re just not sure how we feel about drinking our THC.

Difficult to find in America, Ramune’s kimchee-flavored drink comes in several varieties, each with the flavor of fermented cabbage and chilies. This, of course, makes it an acquired taste, and one that will be expensive unless you want to travel to Asia. 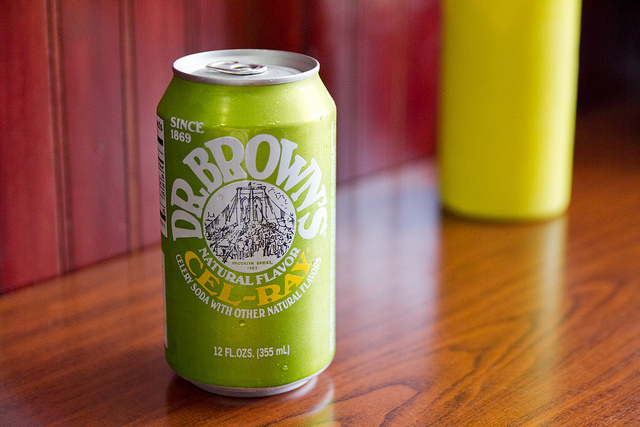 The only soda on the list that comes in a can, celery-flavored Cel-Ray from Dr. Brown’s comes in a can the color of baby diarrhea and boogers. Still, that’s about the worst thing one can say about Cel-Ray, which really isn’t all that bad compared to ranch dressing and Mauby Fizz.