Throwing a dinner party can be a daunting task, but not if you’re prepared! Instead of fearing a lull during the festivities, keep your cool, and load up on these ideas and tricks to spice up the soiree. 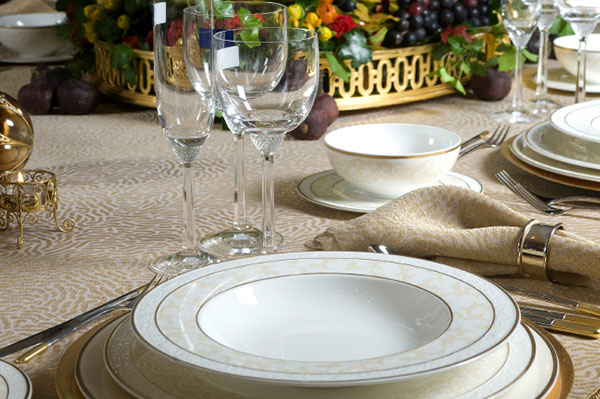 Think outside the box

OK, so you’ve decided to throw a dinner party, and that’s fantastic, but you have to plan this bad boy out! First of all, don’t forget to make a guest list and send out invitations waaay before the date of the party; otherwise you might end up playing limbo by yourself.

Second, decide whether this is going to be a formal or casual party. Pick a theme! Why? Because themes are fun! For example, you can make it a commedia dell’arte theme for a formal dinner or an ’80s theme for a casual one (arrange your party playlist accordingly). Be scrappy — if you don’t have enough seating, don’t sweat it! Arrange some blankets and pillows on the floor, and make it part of the theme. Or if the weather permits, set up a multi-blanketed picnic area with quirky lanterns in the backyard.

Don’t improvise a dinner meal — ever. Think it out, and plan ahead. Make lists on top of lists if you have to! If you have a theme, it’s always great to have a matching menu, so do some research. Don’t forget the details, like polishing your cutlery and choosing the table setup. It all adds to the party aura.

You must have snacks and dips. You simply must. When the main meal is over and it’s time to mingle, people’s hands will get all tingly and nervous. They need those carrots and kopanisti dip! Prepare veggies, chips, crackers and different cheeses and dips. You can set it up around the seating areas or like a buffet, so people can just treat themselves. Have your drinks laid out alongside the snacks, because nobody wants to be running from station to station to assemble their munchies.

Games are a magical thing. When your guests all pile into your living space, what better way to introduce them to one another than by playing a few icebreaker games to ease the tension?

Don’t forget, the old kids’ favourites work on adults too, so go ahead and start a game of hide-and-seek. Trust us; everyone will have fun. If you have a karaoke machine, whip it out and have a sing-off. If you have board games, get those too. You can even organize skits or performances based on silly ideas, like a short play using only a selection of words written by one of the guests. And never underestimate the power of charades — it’s a brilliant invention.

If you’re dealing with a multicultural bunch, even better! Have each person teach a dance move that is prevalent in their culture or a sentence in their language. It’s an inclusive activity and bound to be a hilarious learning experience — if nobody is sensitive about the inadvertent butchery of their language.

The key to spicing up a dinner party is to know when to do it. Aside from organization and decorative elements, you have to pay attention to your guests. If everybody just hits it off and the party is bustling with conversation, don’t anchor them with a quick round of charades. If somebody doesn’t show up in a costume, don’t shame them! Lend them something of yours, or just let it be. If the snack stations are running low, refill them. Just be a good host with a few party tricks up your sleeve.