Leaving room for dessert isn’t an easy thing to accomplish when there’s a delicious Thanksgiving feast before you. Don’t worry, though. With this healthier version of classic apple pie, you can feel better about squeezing a little in! 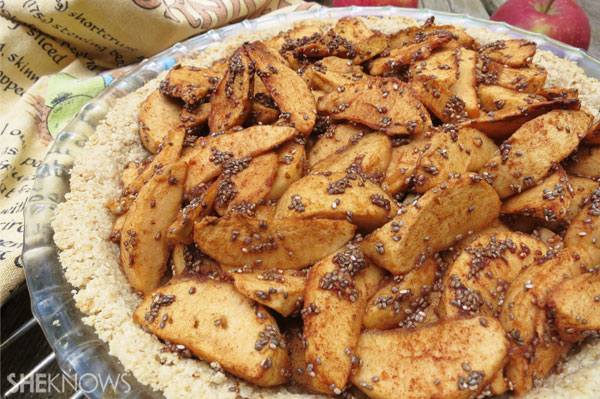 You shouldn’t have to feel guilty about treating yourself to a delicious piece of pie at the end of your Thanksgiving dinner. Fortunately you won’t have to thanks to this healthier alternative to the traditional apple pie! It uses heart-healthy oat flour and protein- and monounsaturated fat-rich almond flour instead of white flour. And rather than the butter or lard commonly used in traditional pies, this one relies on coconut oil, which DoctorOz.com reports might help lower cholesterol and improve the body’s resistance to viruses and bacteria. In addition, omega-3-rich chia seeds are used instead of flour to soak up the apple juices. And to add sweetness in a lighter way, just a 1/4 cup of maple syrup and 1 teaspoon of Truvia are used. Truvia is a calorie-free sweetener made from the stevia plant, while maple syrup is a source of manganese and zinc. So this holiday treat isn’t just delicious — it’s nutritious too!

Get more ideas on how to make your desserts healthier >>

In a medium bowl, combine the almond flour, oat flour, Truvia and salt. 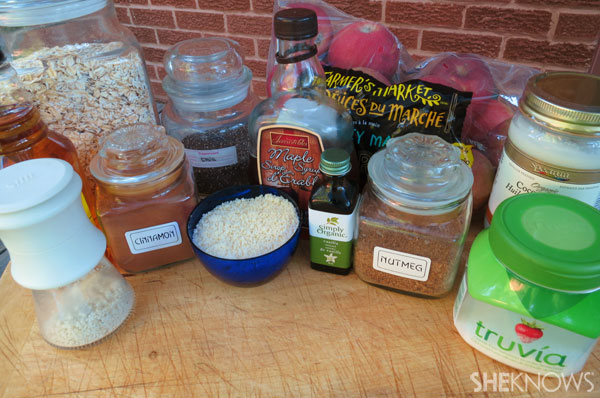 Cut in the oil 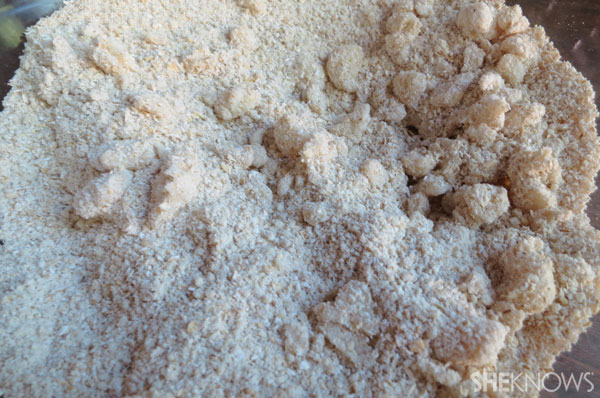 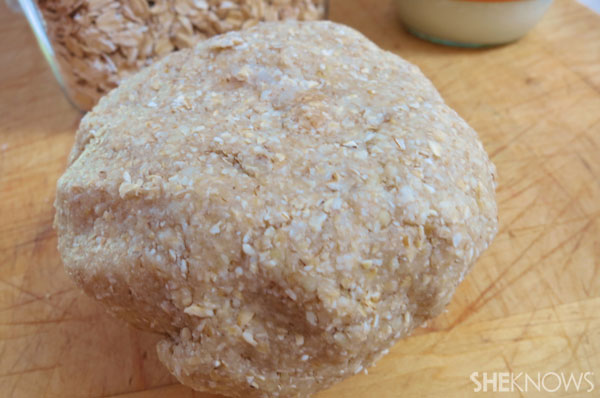 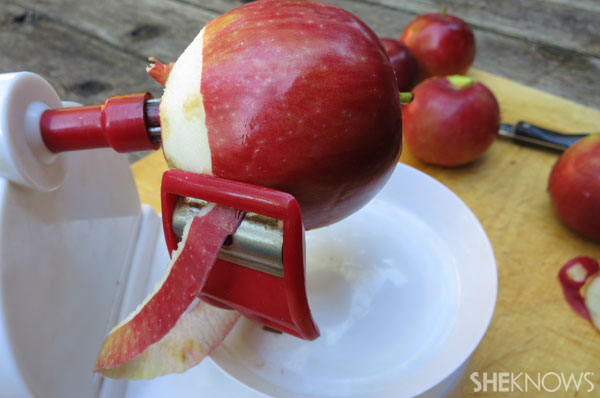 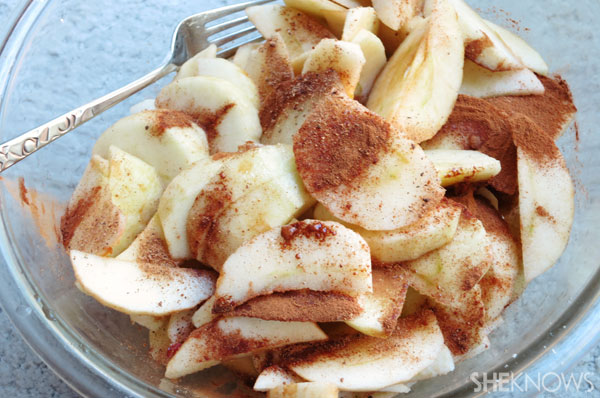 Unwrap the dough, and place it in a pie dish. Press the dough into the pie dish in an even layer along the bottom and up the sides. Poke holes in the dough with a fork. 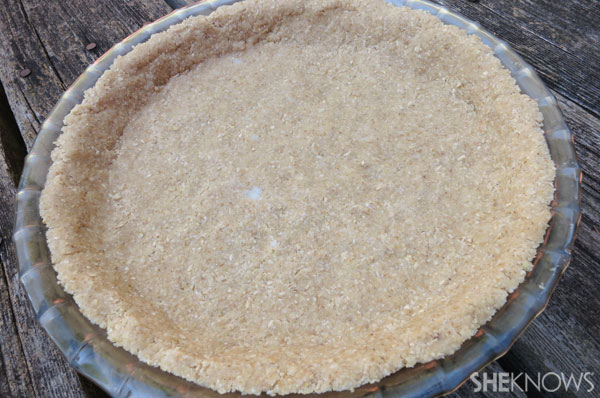 Pour the apple mixture into the pie dish. Place the dish on a tray, and bake the pie in the oven for 45 to 50 minutes or until the crust begins to lightly brown and the apples are tender. 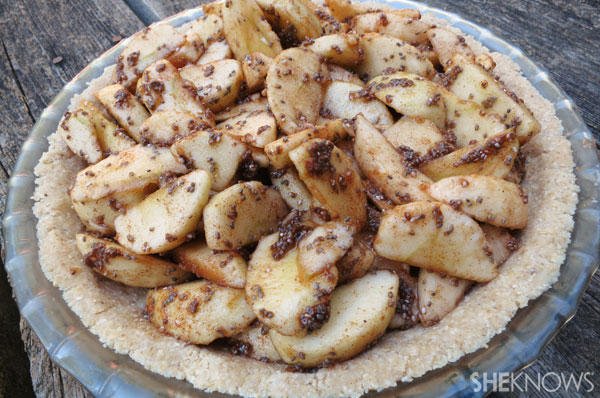 Remove the pie from heat, and let it cool for 5 to 10 minutes before serving. 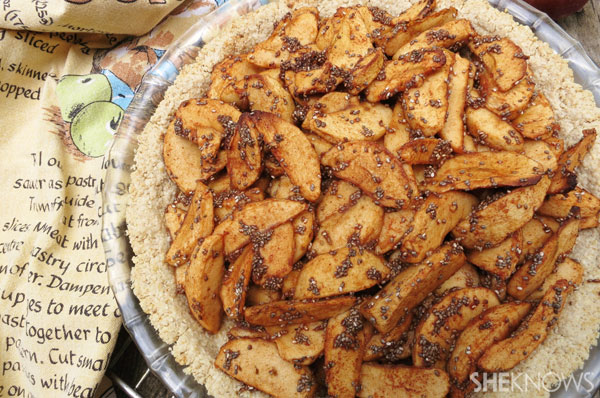