Despite its humble appearance, the devilled egg is quite the world traveller — it can be found in some form or another all over Europe and the United States. And now you can incorporate it into your next cocktail event with this delightful devilled egg sandwich recipe. 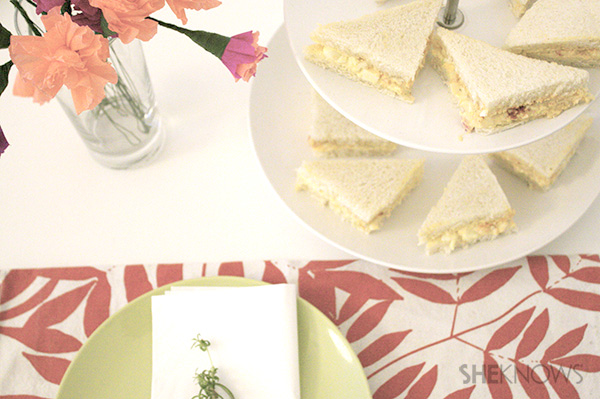 Before it graced 1950s apartments or the tables of 1980s gatherings, the devilled egg was enjoyed in 19th century France, Sweden and England and even snacked on by the ancient Romans. It’s no wonder that after all this time it has lost some of its pizzazz. If you’d like to include the well-travelled dish in your next cocktail party but avoid its outdated shape, here is an excellent way to do so.

While it may go by the name œuf mimosa in France or kaszinótojás in Hungary, it’s still the same dish. So if you’d like to mix it up and get a little bit cultural, replace the spring onion and celery with parsley for the French version; add sour cream to make Hungary’s take; replace the vegetables with anchovies, cheese and capers to do it German style; or add a spot of wasabi and rice to create your own modern twist.