Different countries are known for different beverages. And though we may not have the fame of France’s wines or Mexico’s tequilas, we certainly have some excellent beers worth celebrating. 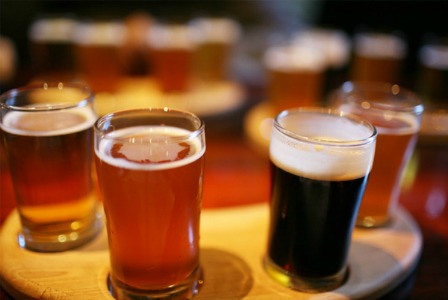 Not only is Sleeman a Canadian business, it’s a family business as well. The Sleeman family has been in the beer business for five generations — since John H. Sleeman opened his first brewery in Guelph, Ontario, in 1851. Over the years, the company has grown to become the producer of 10 exceptional beers. For a dark, traditional beer, try Sleeman Fine Porter, originally debuted in the 1800s. Or for a light, sweet taste, sample the Honey Brown Lager. But for the brewery’s best all around beer, we highly recommend Sleeman’s Cream Ale. It was the first brand produced by the family’s two Guelph breweries, and it proves they really knew what they were doing right from the start. Its well-balanced medium body makes it a great crowd-pleaser.

Rickard’s is a relatively new company, considering it was started up in British Columbia by Gord Rickard in 1983. But despite its newbie status, this quality Canadian beer has shot to the top of the pack in no time. If you’re a fan of wheat beer, try Rickard’s White served in a glass with a slice of orange. Or for a truly Canadian-inspired dark beer, you may enjoy the notes of maple syrup present in Rickard’s Dark. If you’re in need of a beer that pleases the majority of palates, Rickard’s Red is your best bet. It’s a great blend of not-too-sweet and not-too-bitter. It’s Canada’s number one red beer for a reason!

In 1820, Alexander Keith opened his East Coast brewery in Halifax, Nova Scotia, and since then, his original creation — Alexander Keith’s India Pale Ale — has been pleasing taste buds all over the country. It’s sweet and subtle at first, with a strong finish on the bitter side. The brewery also offers white, dark, light and red amber ales to choose from if you’re in the mood for something a little different.

The Molson brewery has been around since the late 18th century, making it the oldest brewery in North America. Molson Canadian Lager is made of a combination of Canadian water and prairie barley for a truly homegrown beer. Plus, it doesn’t hurt that you can find it at virtually any bar, pub or restaurant in the country! Or for something light, try Molson Canadian 67. You get a very decent taste for just 67 calories.

The origins of Moosehead are truly unique, because unlike most breweries that have a founding father to thank, we have a founding mother to thank for this one. In 1867, Susannah Oland opened up a small brewery in Halifax dedicated to producing her family’s ale recipe. After damage caused by the Halifax explosion, the operation was moved to New Brunswick, where it continues to be Canada’s oldest and largest independent brewery to this day. Although it produces close to a dozen options to choose from, the brewery’s timeless classic is without a doubt Mooshead Lager. It’s a light, relaxing beer — great for a weekend at the cottage or quick drinks with friends.