Take advantage of the season’s corn on the cob with these tips and ideas on how to cook it. 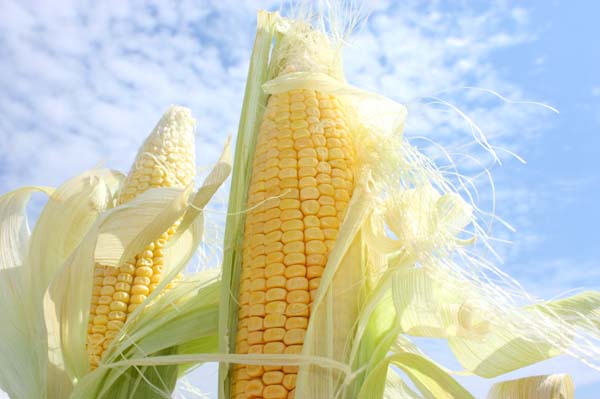 What’s one of our favourite vegetables we can’t get enough of throughout the summer? Corn on the cob, of course. In fact, summer would simply not be complete without it. The sweet kernels burst with flavour, and even eating it straight off the cob is fun in and of itself. Here are some tips on how to cook up some great corn as well as a few new ways to enjoy it.

How to pick good corn at the market

Look for ears of corn with lots of pale, golden silks. The husks should be green, not brown. You can check one section of the actual kernels on the cob, but don’t take all the husk off in the store; it’s better to store corn on the cob with the husks on in your fridge.

Boiling corn on the cob is one of the easiest ways to cook it. Prepare a pot of cold water, but don’t add salt to the water, as salt can cause the kernels to toughen up. Put the corn into the cold water, and after bringing the water to a rapid boil, the corn is ready. Keep a watch on the pot, though, because if you overcook the corn, it’ll lose its flavour.

Grilling corn on the cob

Grilling corn on the cob on the barbecue imparts it with a delicious smokiness you don’t get when you boil it. You can grill them with the husks on or off. If you want to grill with the husks on, first remove all the silks, and soak the cobs in water for 15 minutes. Rewrap the cobs in the husks, and grill them for 20 minutes. If you want to grill them without the husks (this will give the kernels that lovely charred texture and look), brush the cobs with some oil, and place them directly on the grill for about 10 minutes.

Fresh corn on the cob is so sweet and delicious, it can be eaten plain, but you can add a pat of butter to it, or roll the entire cob in a big stick of butter when the corn is still warm. The butter will melt and completely envelop the cob.

Dress up your cobs

If you want to jazz up your corn on the cob, dress it with a flavoured butter, such as a cilantro lime butter, or try a pesto. Sprinkling gourmet salts on them are a chic way to change the flavour note. If grilling your corn, brush on the dressing before you grill so the corn is barbecued with the flavours cooked into it. For a delicious new option, try making corn on the cob the way it’s eaten in Mexico: Slather it with mayonnaise or sour cream, sprinkle with chili powder and top it with crumbled Cotija cheese.

Grill up some tasty kebabs this summer
The patio chef: Gourmet hot dogs
Off the grill: Inspired burger recipes