If you eat walnuts only occasionally (perhaps in your banana bread or in salads), you may want to increase that amount right away. We check in with a leading researcher on a landmark study to find out more about this nut’s many benefits. 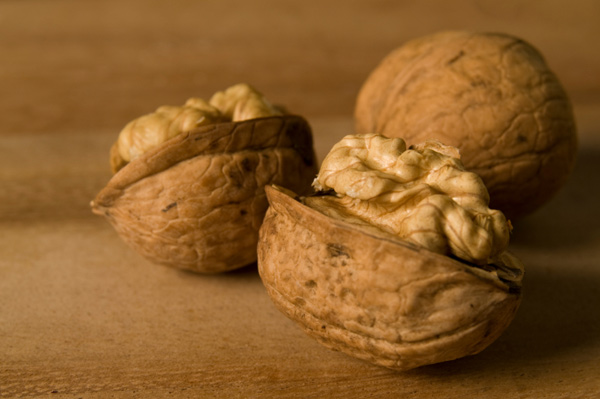 What’s something we all should include more of in our daily diet? Walnuts. These nuts are part of the Mediterranean diet, and in a study funded by the Spanish Ministry of Health — the “Prevencion con Dieta Mediterranea” (PREDIMED) study — results show that a Mediterranean diet (supplemented with olive oil or one ounce of mixed nuts, half of which are walnuts) is more beneficial than a low-fat diet when it comes to body weight, blood pressure, insulin resistance, blood lipids, lipid oxidation and systemic inflammation.

We checked in with Dr. Emilio Ros, a core member of the PREDIMED study, for more insight into the findings on walnuts.

What’s the key ingredient in walnuts that makes them so beneficial?

“As [fellow member of the study] Dr. David Jacobs says, the healthy ingredient of walnuts is walnuts,” says Dr. Ros. “Walnuts contain many bioactive molecules with the potential to beneficially [affect] health outcomes, namely unsaturated fatty acids (with an abundance of linoleic and alpha-linolenic — the vegetable omega-3 fatty acid), fibre, high-quality protein, lots of polyphenols, vitamin E, plant sterols, folic acid, melatonin, calcium, potassium and magnesium.” He notes that the synergy of these ingredients likely promotes metabolic pathways that lead to the lowering of cholesterol and blood pressure, better insulin action and less adipose tissue-storage of fat, among other beneficial effects (all of which will be revealed in the final results of the PREDIMED study).

What makes walnuts stand apart from other nuts, then?

“There are three main ingredients that are more abundant in walnuts compared to other nuts: linoleic acid, alpha-linoleic acid and total polyphenols,” says Dr. Ros.

Do the health properties differ if the walnuts are raw or cooked?

“Cooking the nuts may destroy the outer pellicle (the skin), which contains most of the antioxidants. Otherwise, the nutrients, vitamins and minerals are not affected. The loss of antioxidants in cooked walnuts is why we recommend consuming them raw,” he says.

What were the major differences in benefits between the low-fat diet and the two Mediterranean diets?

“In PREDIMED, we gave advice on a low-fat diet, but participants only reduced total fat intake by 2 per cent, as they continued using olive oil (usually the common variety) in the kitchen and at the table,” says Dr. Ros, noting that the study’s participants were older and thus had deep-rooted dietary habits. “The major difference among the three PREDIMED diets was in the consumption of the supplemental foods provided — virgin olive oil and mixed nuts in the two Mediterranean diet arms, none in the low-fat diet arm, which can be considered a control diet group, as they mostly followed their usual background diet,” he explains. “All PREDIMED results to date favour the two Mediterranean diet groups over the control group for all health outcomes assessed.”

So how often and how much would you recommend the average person eat daily?

“At least one daily serving (30 grams), better one and a half daily servings (45 grams),” says Dr. Ros. “Or more realistically, a handful per day or at least three or four times per week.”