Seasonal beers are a delicious treat for the beer connoisseur. Crafted in microbreweries across the country, these flavourful beers are a nice option to a more traditional lager or ale and are worth giving a try. 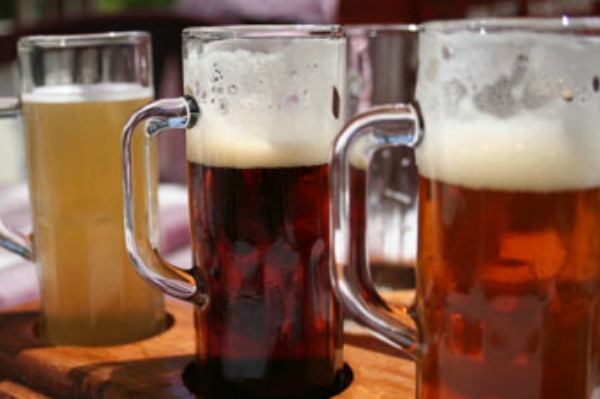 There are many microbreweries in Canada that produce their own line of specialty craft beers. Many breweries have also taken on the task of seasonal production, to offer their consumers beers enhanced with more body or specialty flavours. Here are some of our winter favourites for you to try.

This craft brewery, set in the heart of the Alberta foothills in Calgary, Alberta, produces an array of fine beer. Their new Wild Rose Belgian Style Dubbel hit the stores in January of this year, much to the delight of their many fans. Touted as a traditional ale inspired by Trappist monks, this beer has a rich, malty flavour. The finish is light with a hint of sweetness.

Located in Granville Island, Vancouver, British Columbia, Granville Island Brewery was Canada’s first microbrewery. Producing quality beer since 1984, they’ve recently released a new seasonal ale, Lions Winter Ale. Only available until March, this brew has a noticible hops taste that is smoothed out with hints of caramel and vanilla on the nose.

Creemore Springs Brewery, located on the main street of Creemore, Ontario, is home to the seasonal beer UrBock. According to their website, the name takes a cue from history: “Bock,” was formerly used to denote beer made for the noble class. This winter beer is nicely balanced, with a smooth, full-bodied taste, but is available only until March.

Since 1990, this Chambly, Montreal-based company has been producing quality beers brewed using traditional Trappist monk techniques. While technically not a seasonal beer, La Fin Du Monde (“the end of the world”) — a golden ale with strong hops, sweet malt and subtle peach notes — has that depth of flavour generally enjoyed in winter beer.

This brewery out of Edinburg, Scotland has offered three selections of winter beer this year: Innis & Gunn Highland Cask, Innis & Gunn Spice Rum Finish and Innis & Gunn Winter Beer 2011. Each one has a unique flavour. Highland Cask has subtle notes of caramel and vanilla balanced by spices; the Spiced Rum Finish offers a light, rum-inspired flavour of vanilla and sugar; while the Winter Beer boasts a range of flavours reminiscent of Christmas. Innis & Gunn products are readily available across Canada.

Tonight’s Dinner: Beer cheese soup recipe
Is beer good for your skin?
A girls’ guide to the best beer