Put away the pasta, potatoes and rice. The flavours and textures of ancient grains are a fantastic way to inject some excitement into your meals. Plus, they’re all uber-healthy for you! 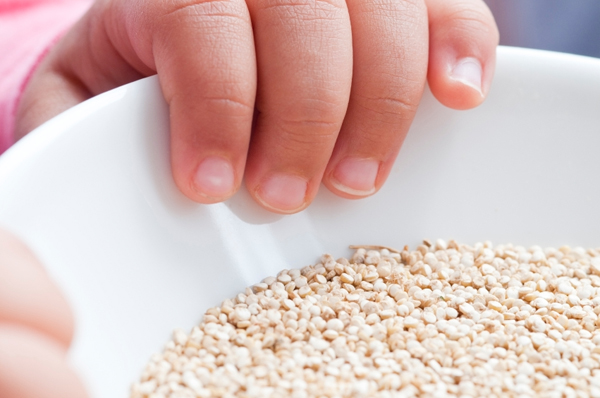 What are ancient grains, you ask? They’re the grains that humans used to consume before rice, wheat and corn became our go-to staples. If eaten unprocessed and unrefined, ancient grains are indeed whole grains and offer a multitude of health benefits. For one, whole grains help protect against cardiovascular disease, diabetes and some cancers.

It’s becoming easier to incorporate ancient grains into your diet as they become more readily available in the average grocery store. Here are three you should try if you haven’t already.

Quinoa (pronounced keen-wah) is actually not a grain. It’s a seed, and is related to beets, spinach and swiss chard. Similar to couscous in appearance, it has a toothsome texture, but is rather bland in flavour. What it lacks in flavour, though, it makes up for in nutritional value. One cup cooked quinoa provides five grams of fibre and eight grams of protein. It’s gluten-free, making it an ideal choice for those who have a gluten sensitvity or celiac disease. To jazz it up, try cooking it with vegetable or chicken stock instead of water, and add other ingredients to it. A recipe to try: Quinoa veggie burger

Actually a fruit seed related to sorrel and rhubarb, buckwheat can replace porridge or rice in soups, stews, pancakes or muffins. It has a strong flavour and is commonly mixed with other flours to lend a distinctive kick to recipes. Buckwheat is rich in omega-3 fatty acids, B vitamins, minerals, flavonoids and essential amino acids. One cup of cooked buckwheat has four grams of fibre. Two recipes to try: Buckwheat Porridge and Orange, almond and buckwheat pancakes

Similar to wheat, spelt has a nutty flavour and can often be used as a substitute for wheat flour. It was initially brought to the United States from the Middle East, and used mostly for feeding animals. Note that spelt, which resembles wheat berries, does contain gluten, so it’s not suitable for anyone with gluten sensitivity or celiac disease. Spelt is higher in protein than wheat (10.7 grams in one cup of cooked spelt) and has 7.6 grams of fibre. A recipe to try: Spelt and peach muffins