One way to save money on that grocery bill is to stop throwing away things you can use. Even if you don’t have a compost heap, make sure you save these scraps of food you’ve been throwing away. 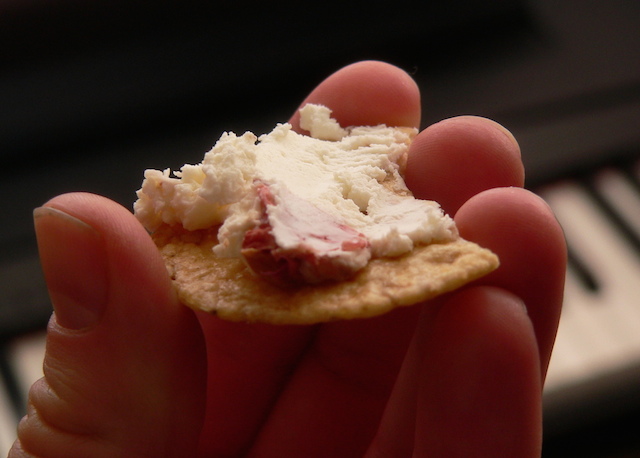 Edible cheese rinds and little bits of leftover cheese can be used to make fromage fort. Just cream them together with some wine and your favorite herbs to spread on crackers or crostini. You may need a bit of butter if you’re using mostly hard cheese. 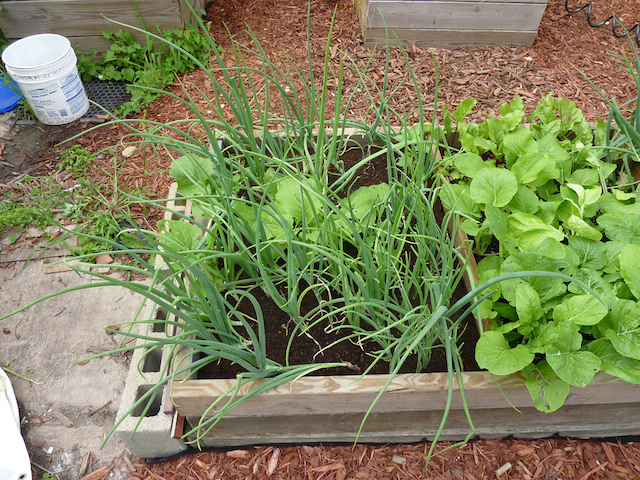 Green onions don’t stop growing just because they’re uprooted. Replant them outside or in a pot right in your kitchen, or just grow them in an inch or so of water. 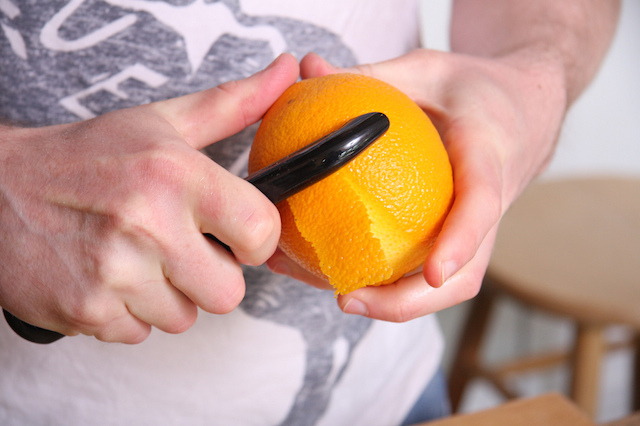 Citrus peels, which have tons of health benefits, can be used in fruit smoothies, fish or chicken and baked goods, or be put into a jar with vodka to make extract. If you have to chuck it, then put it in the garbage disposal, where it will at least keep things fresh. 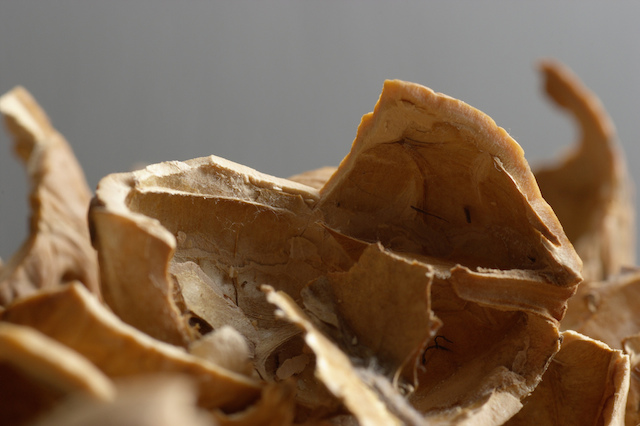 You can toss nutshells onto your coals (or into a wood chip holder for your propane grill) to add a nutty flavor to your meats. 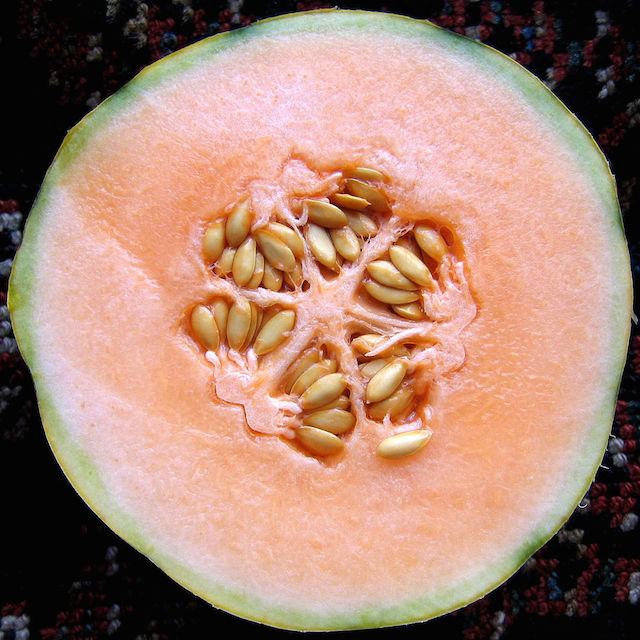 Melon rind is actually really high in citrulline, which aids in circulation. They’re hard to eat, but you can blend a little in with a melon smoothie to make it easier to ingest. 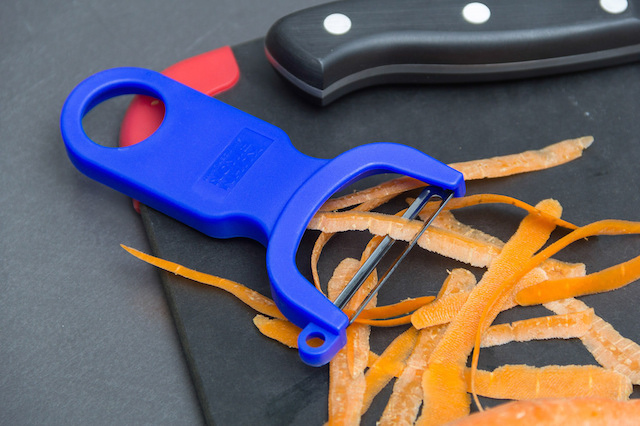 After cutting up veggies like carrots, celery and onions, pop the unusable ends and even peels into a freezer bag to save for stocks, or stuff them on the inside of your bird to add a bit of flavor to your roasted chicken or turkey. 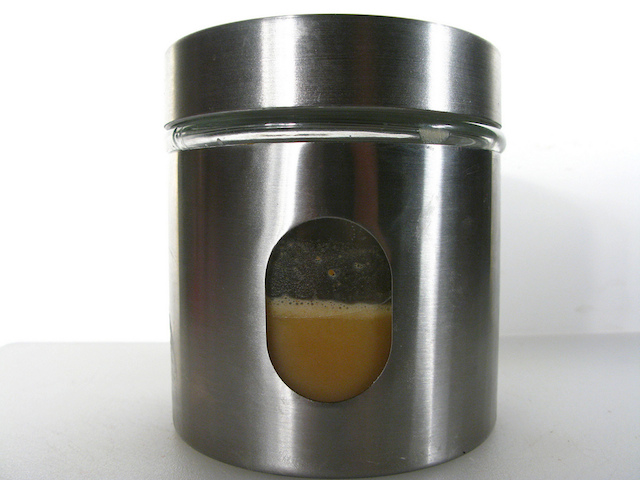 Pour bacon and sausage fat into a heatproof container over a sieve when you’re done cooking, and pop it into the fridge. You can use it later to make gravies or to add an extra layer of flavor to sautéed veggies. 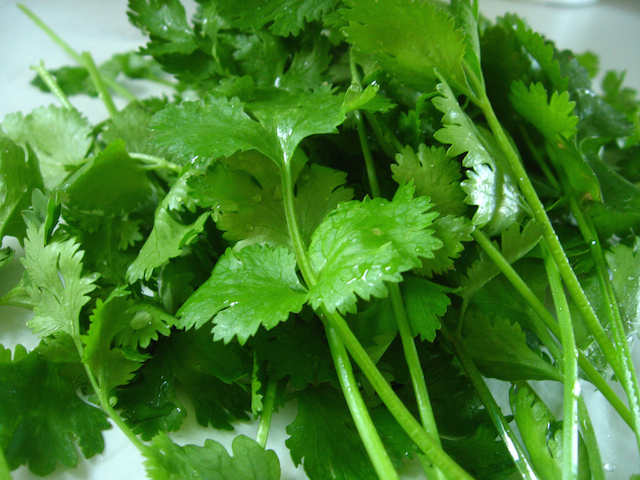 Cilantro stems can be blended into soups and salsas, including guacamole. 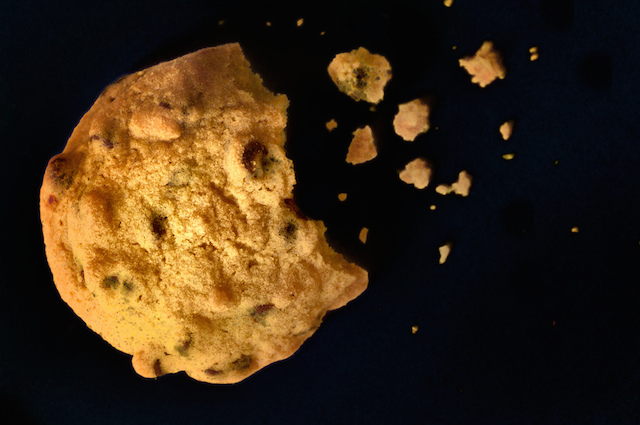 You know those leftover bits of cookie, cake and more you have after someone takes the last piece? Save them up, and pop them into a freezer-safe bag to use later as an ice cream or yogurt topping. 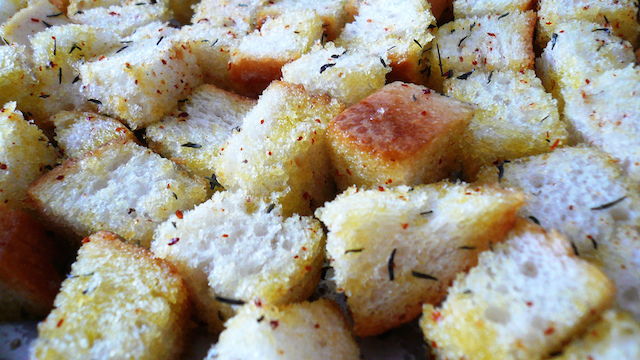 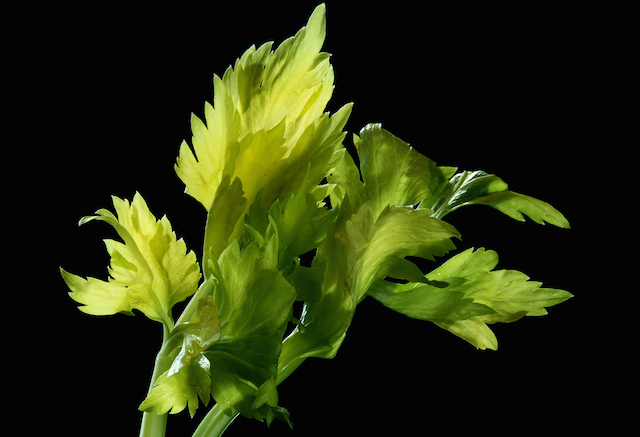 Celery leaves are just as nutritious as the stalks, and just as tasty. Use them in salads or even in anything you’d normally use celery. 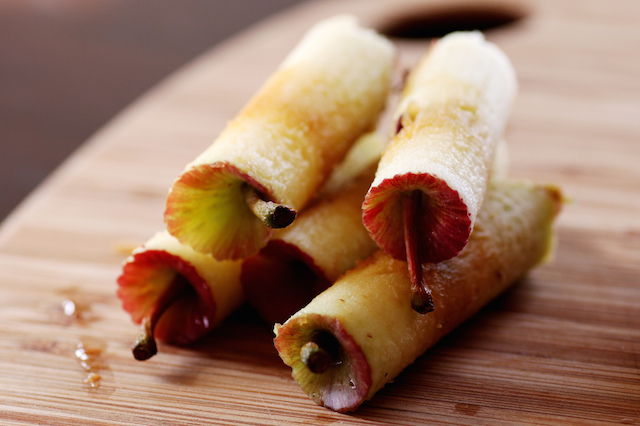 Much like vegetable leftovers, you can toss these inside your whole chicken or turkey, even along with some of the veggies (or some of those orange peels you saved), before roasting. 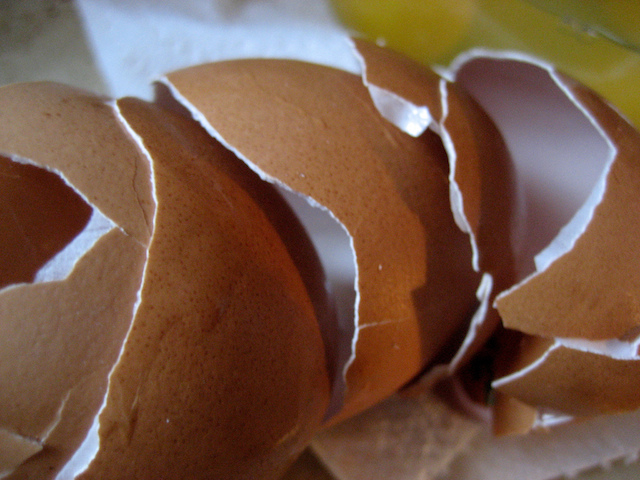 If you’re careful when cracking them, you can rinse out eggshells and use them to grow seedlings for your herb garden. If not, then rinse them off really well, dry them, crunch them up as small as possible, and put them in your soil. They’ll deter certain pests and make your plants healthier. 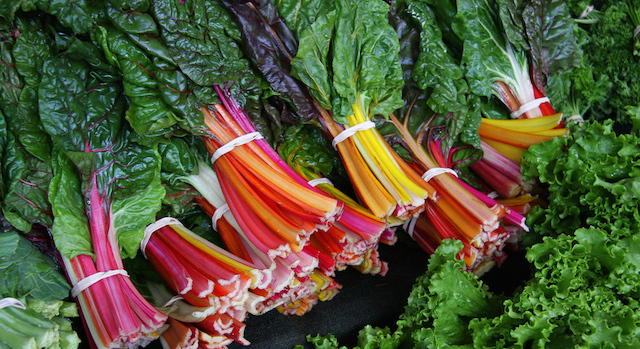 You can cook chard stems just like you cook asparagus. 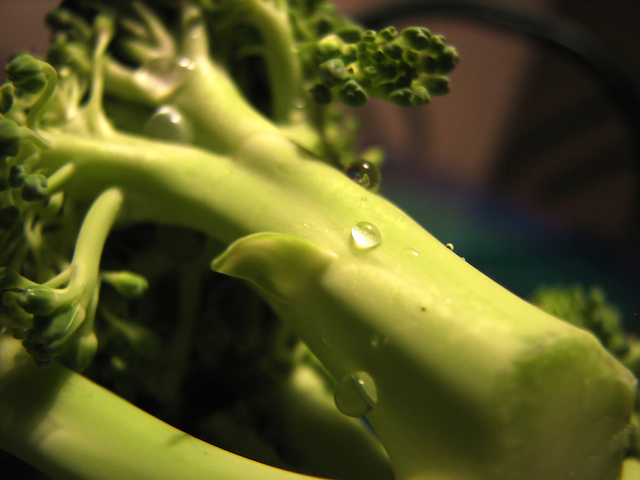 Broccoli leaves and stalks are edible, yet many people throw them away. Instead, save them. The leaves are yummy in salads. The stalks can be cooked just like broccoli. They’re especially good in cheese sauces and casseroles. 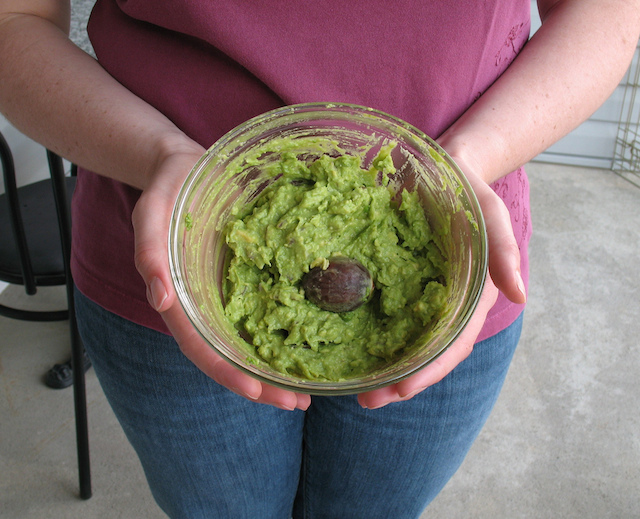 When you cut up an avocado, save the pit. If you have any leftover avocado or guac, then store it with the pit to keep it from browning as quickly. You can even grind it very finely (with a very powerful food processor — those seeds are sturdy) for smoothies. If you’re extremely industrious, you can use it to grow an avocado tree. 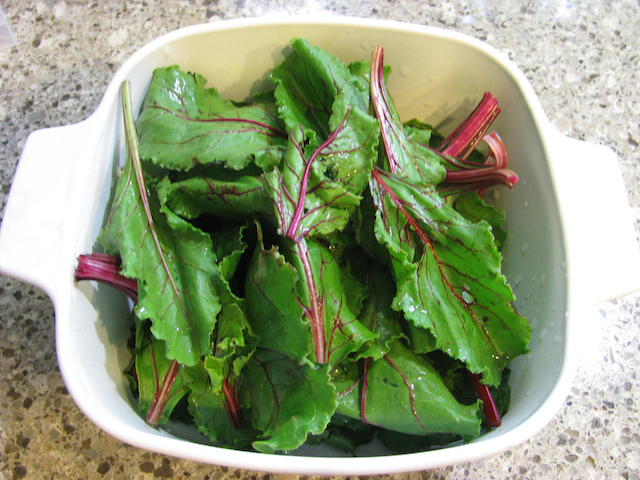 Beet greens actually taste a lot like Swiss chard, and you can use them in just the same way. 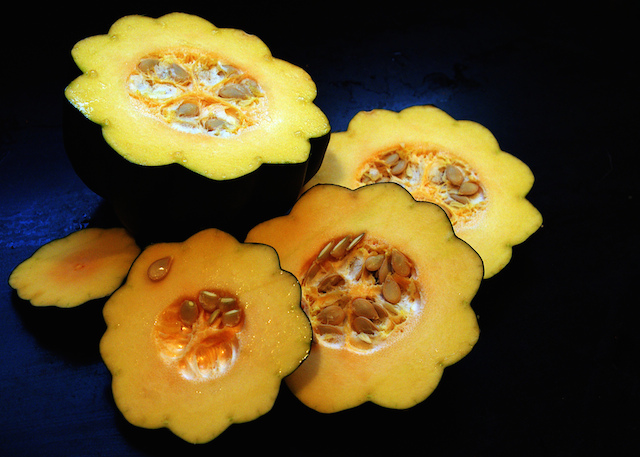 Much like pumpkin seeds, squash seeds can be seasoned and roasted. 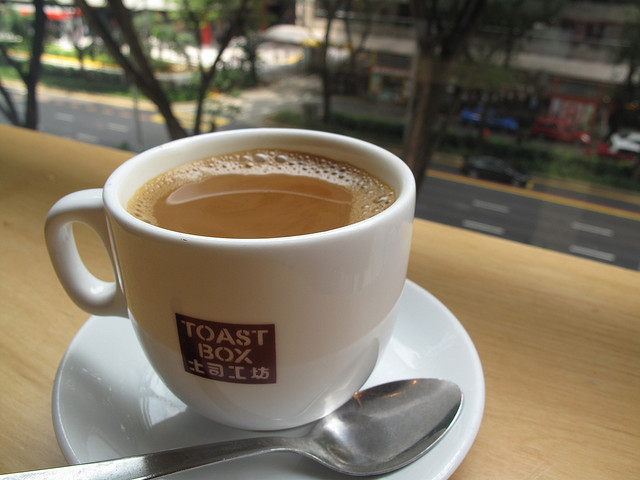 Image: The Way of Slow Travel/Flickr

If you don’t drink all your coffee, then pour it into ice trays and freeze it. You can use it later for chocolate sauces, cakes, brownies and mole sauce. 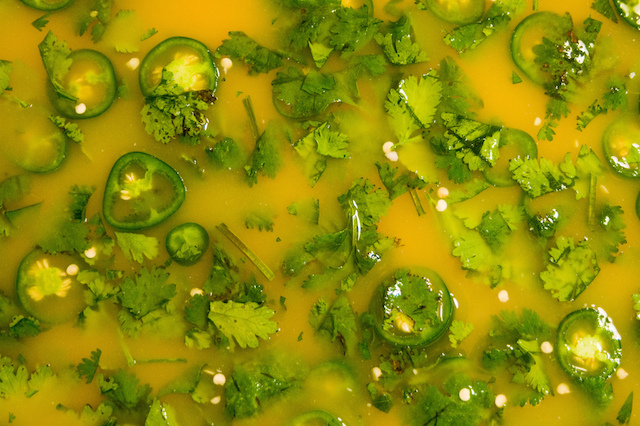 The leftover juice from pickles, jalapeños, pickled veggies and more can be used in vinaigrettes, martinis, bloody marys, sandwich salads (like tuna or chicken) and more. Or just soak some freshly sliced cucumbers or jalapeños in it for a couple of weeks for a fresher, pickle-like snack. 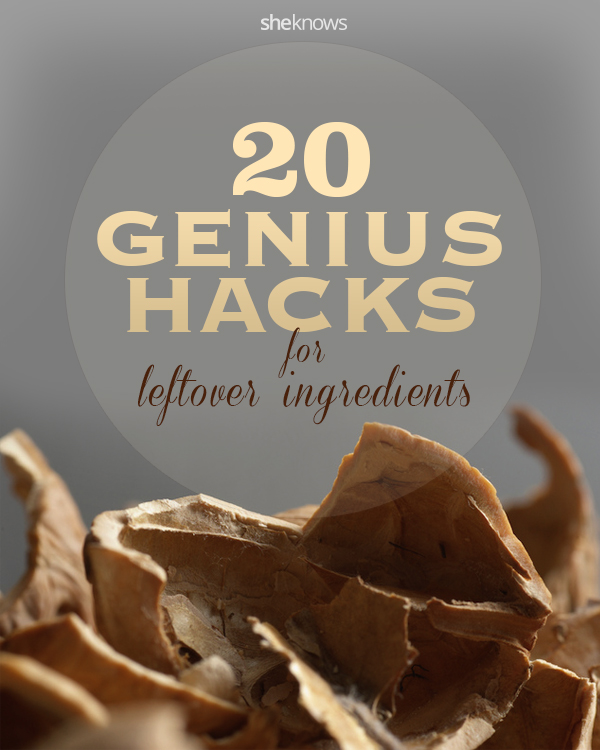