A brownie is the perfect sweet treat for chocolate lovers. It’s fudgy, chewy and crisp around the edges and corners. The question now is, are you a center piece lover or a corner piece addict?

A batch of brownies is a blank canvas ready for your creativity to run wild on. Depending on certain ingredients, you’ll get cake brownies (for that 1 percent who want that type of brownie), but most certainly you can have your fudgy brownies if you make the recipes below. 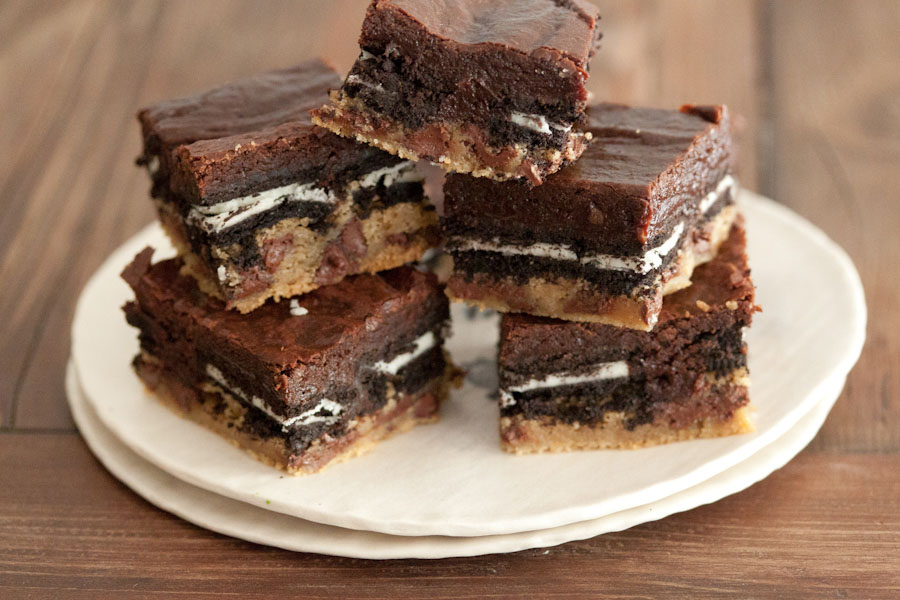 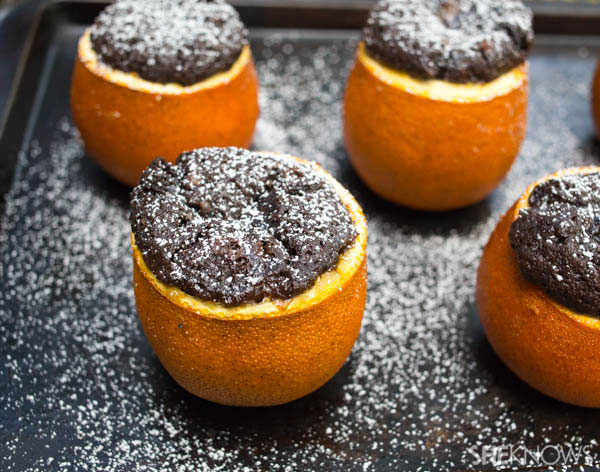 Who knew you could hollow out an orange (or any other citrus fruit, for that matter) and bake brownie oranges? We’re guessing the oranges impart a gorgeous bright flavor to the brownies as well. 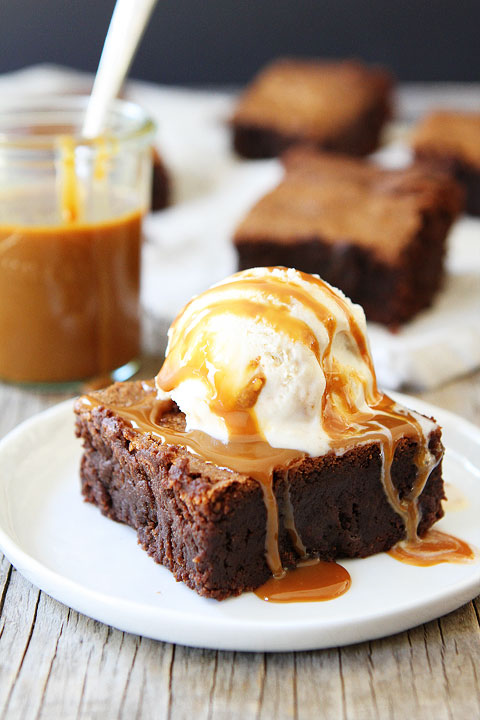 If you’ve never had dulce de leche, then you’re missing out. But have no fear — these dulce de leche brownies will introduce you to it in the best kind of way. 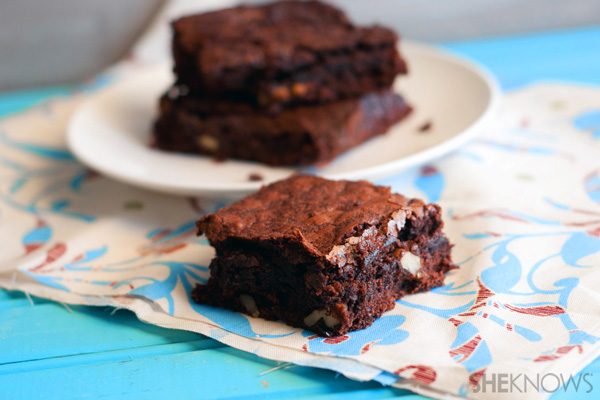 These flourless almond-coconut brownies combine the nuttiness of almonds and the tropical flair of coconut, making these brownies a sensational flourless recipe. 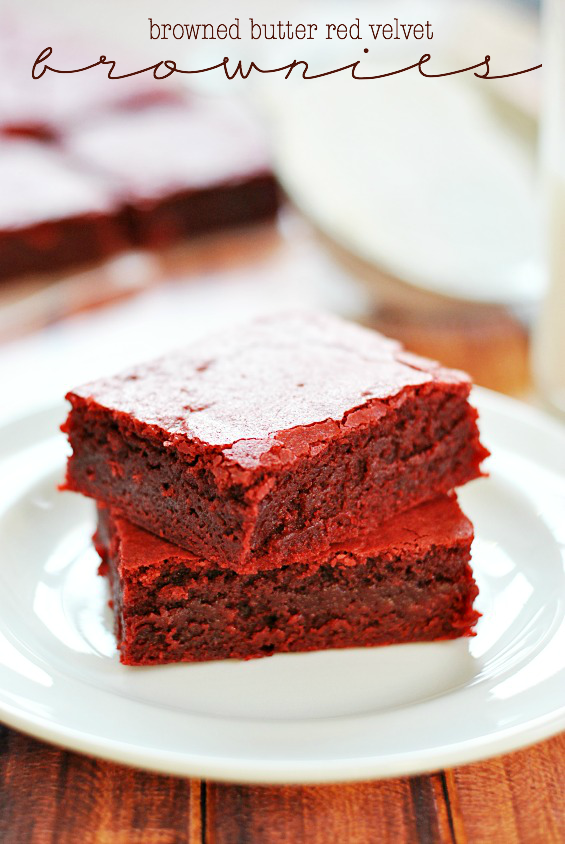 Adding browned butter to any baked good results in taking that recipe up about 100 notches, and that’s just what this recipe for browned butter red velvet brownies is. 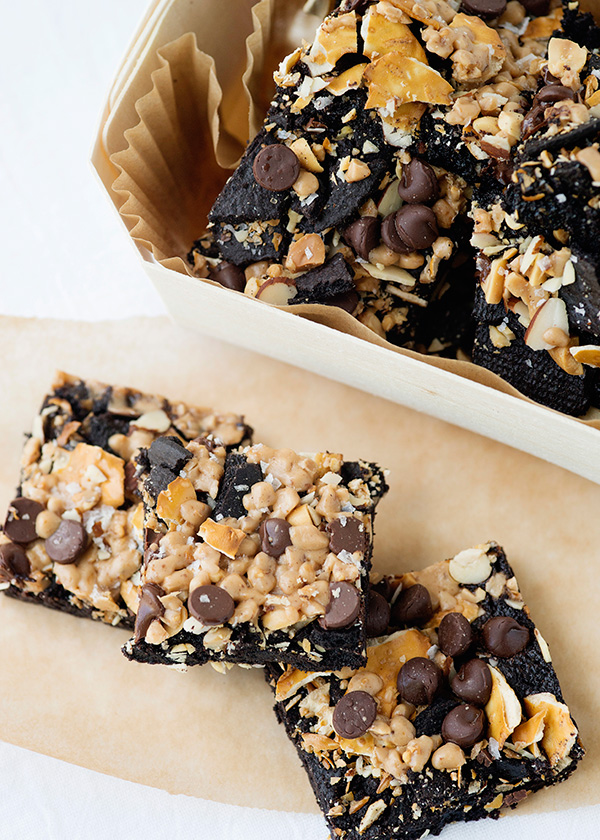 We’re loving the texture of these cowboy bark brownies — chewy, crunchy and oh so chocolaty. 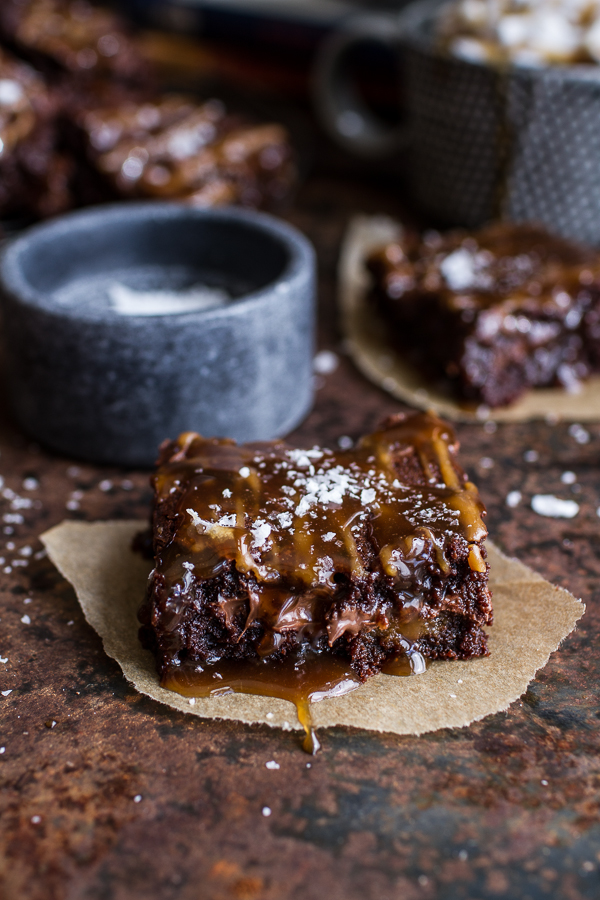 How decadent do these salted caramel mocha and Nutella brownies look? We’re betting they taste just as good as they look. 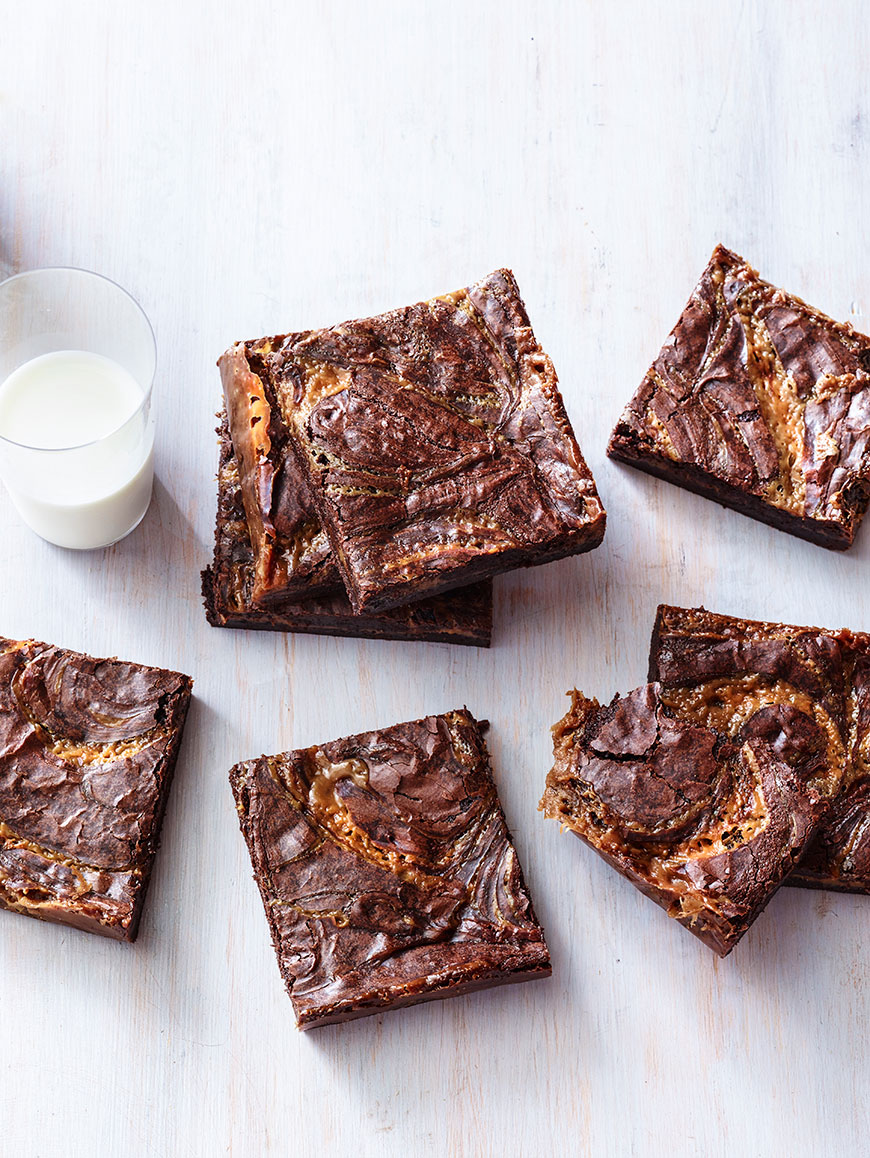 A swirl of caramel makes these caramel brownies an elegant option to serve alongside your afternoon espresso. 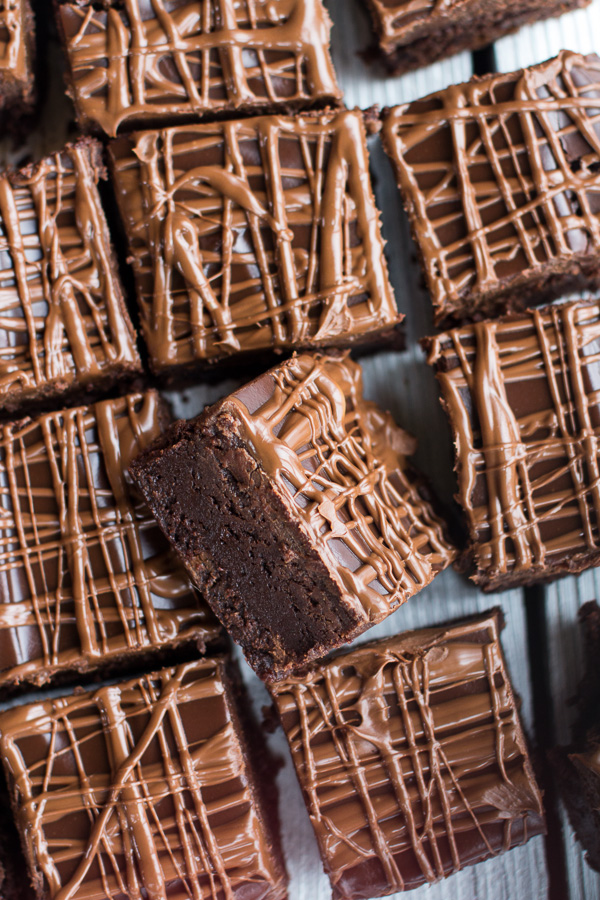 Let’s be honest: Some of us hate dark, bitter chocolates and are lovers of the smooth milk chocolate, making these milk chocolate-peanut butter truffle brownies our best bet. 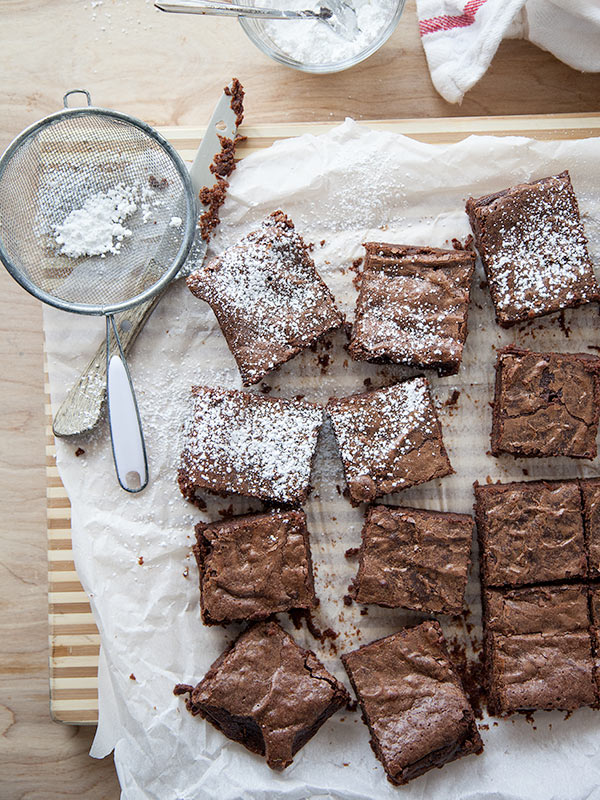 Have some leftover stout? Whisk the beer into the batter for these stout brownies. 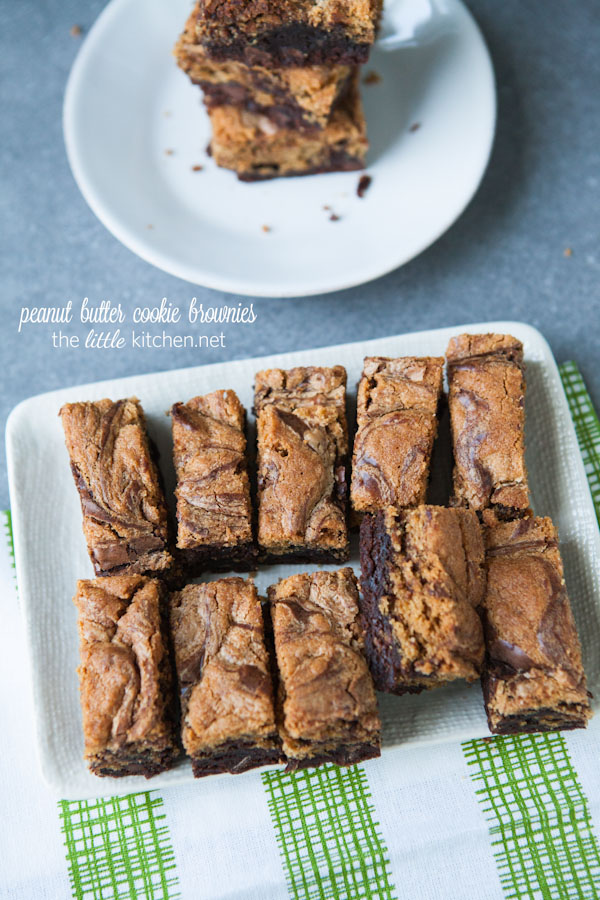 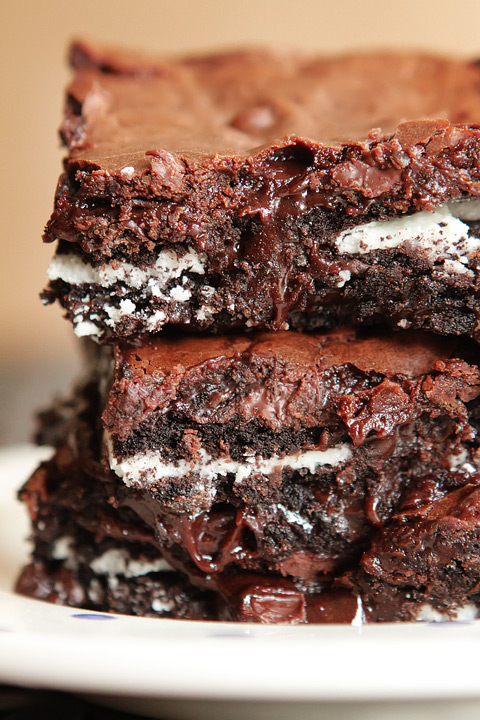 Sneak an Oreo (or 20) into the brownie batter, and you’ve got these crazy, awesome cookies ‘n’ cream Oreo fudge brownies. 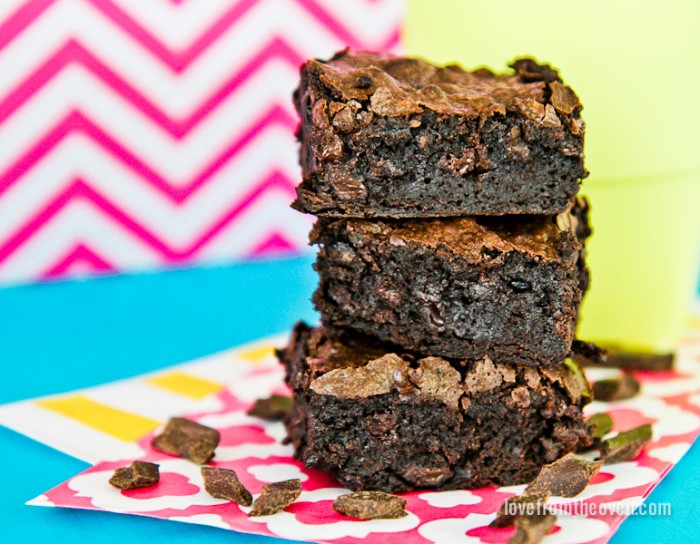 Image: Love from the Oven

Can’t get enough coffee in the morning? Take a bite out of these caffeinated coffee brownies to put a pep in your step. 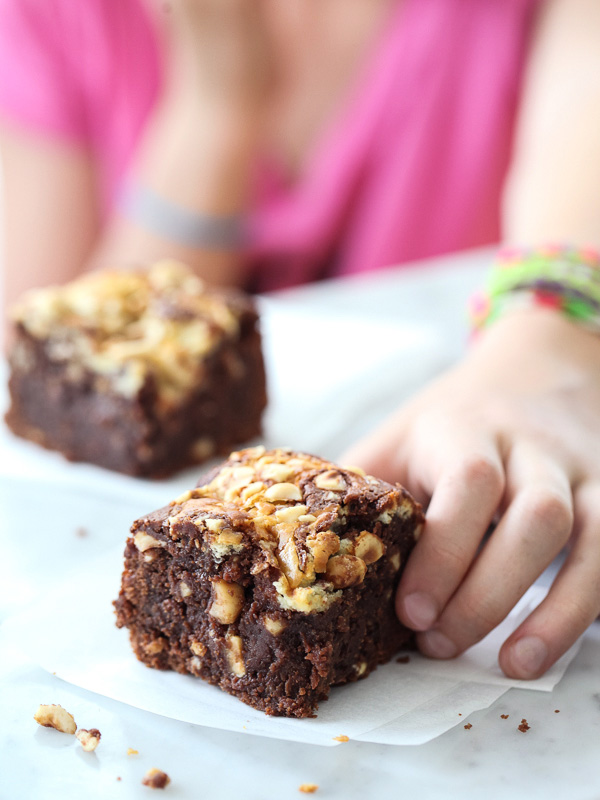 Adding the Italian cheese mascarpone into the batter makes these swirled mascarpone brownies with hazelnuts light yet decadent with each bite. 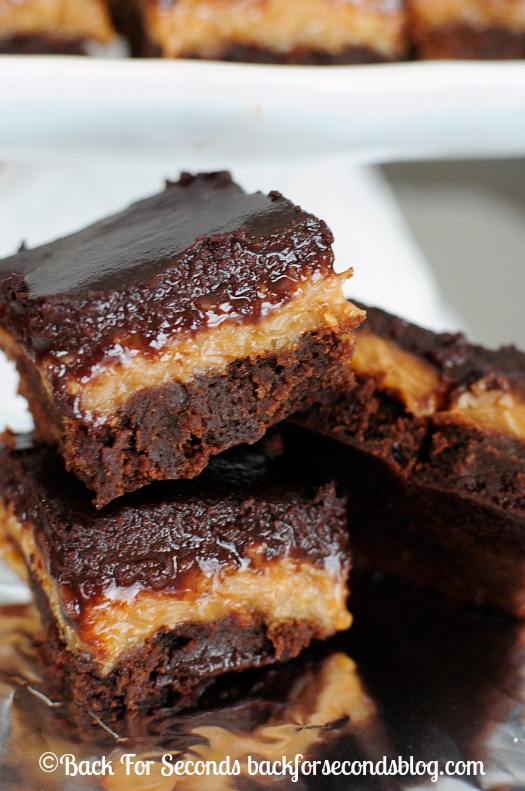 Image: Back for Seconds

If you’ve already marked your calendar for when the Girl Scouts start selling their goods, then you might need to make a batch of these homemade Samoa brownies while you wait for that day. 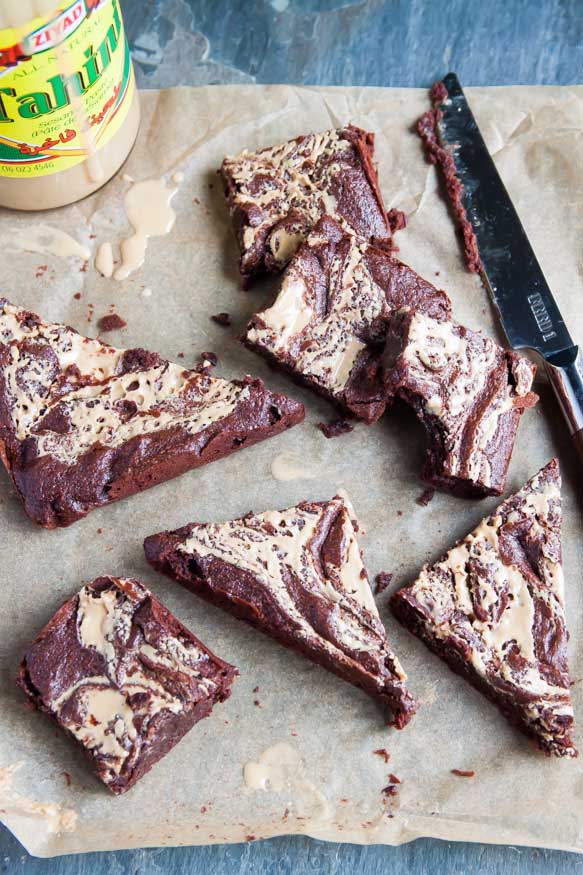 These tahini brownies are for when you’re craving dark chocolate and a hint of bitterness. They’re not too sweet, and that’s just what we sometimes need. 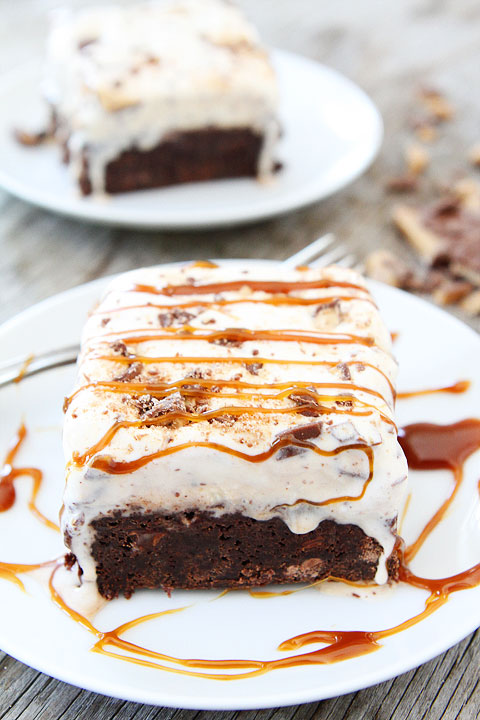 Turn a batch of brownies into a frozen dessert by making these toffee ice cream brownie bars. 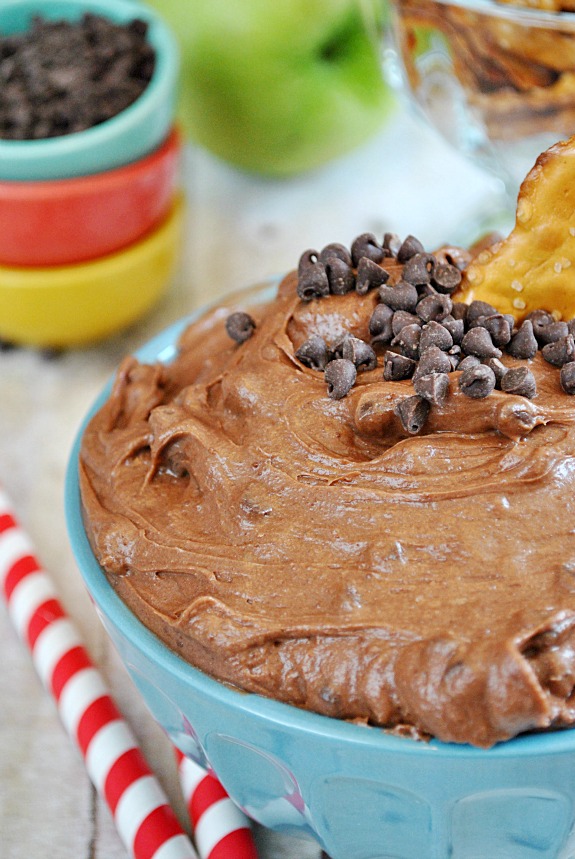 Dip into the sweet life with this brownie batter dip. 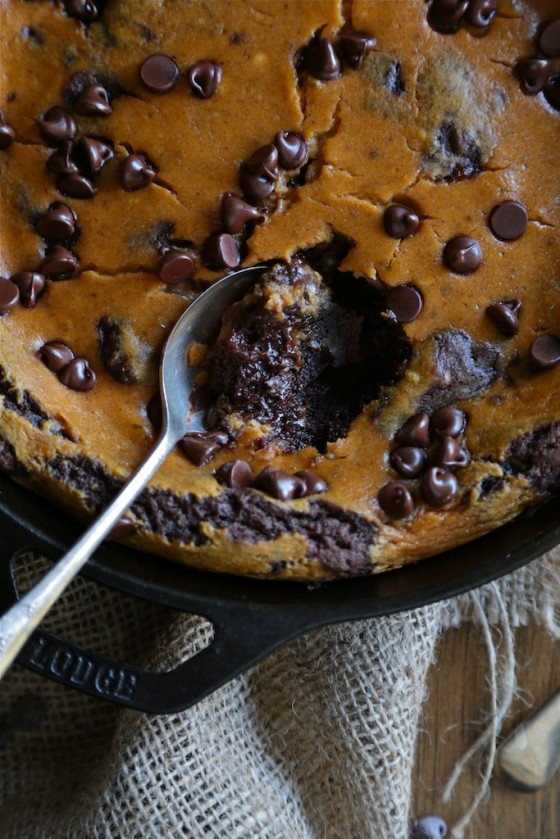 Image: Wanna Be a Country Cleaver

We have no words to describe these triple chocolate pumpkin cheesecake skillet brownies, but we’ll start with a few: Get into my mouth! 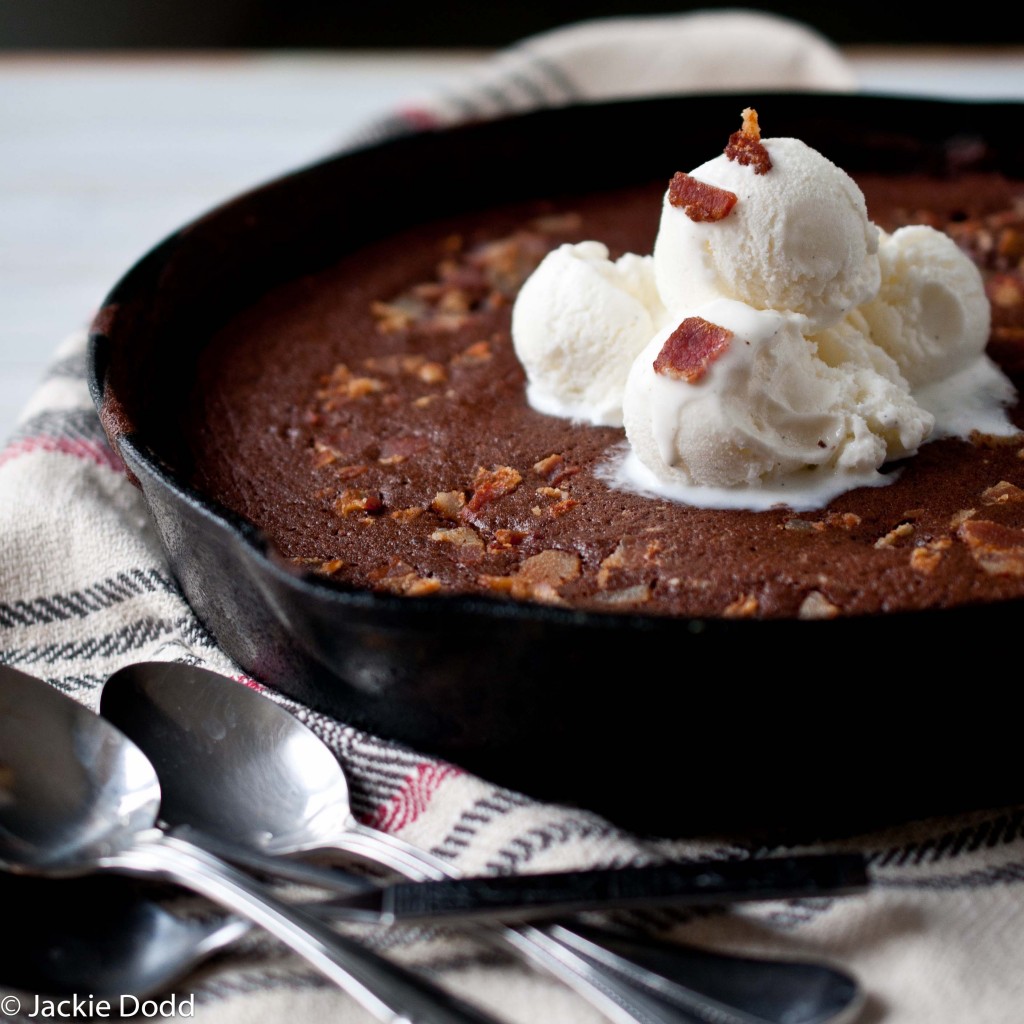 Chocolate, bacon and beer — what else do you need in your life? These chocolate, stout and bacon skillet brownies complete us. 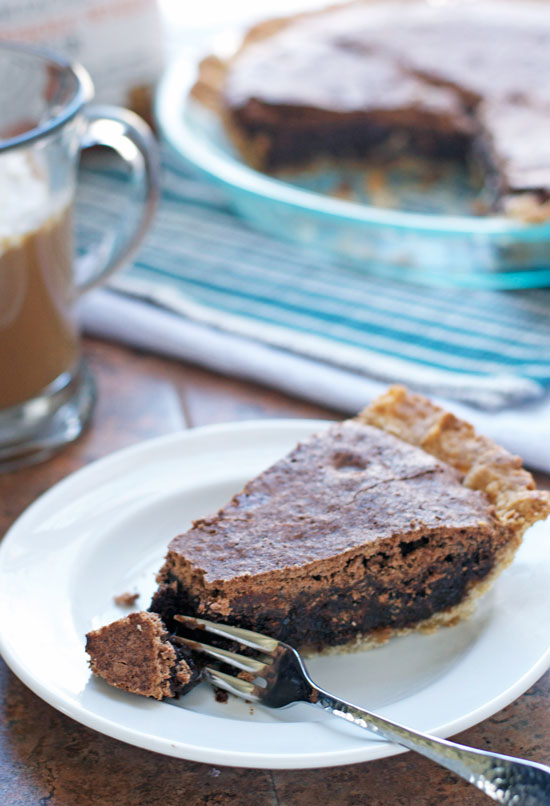 For the holidays, we all need a little booze to survive those family dinners, and this Irish whiskey brownie pie helps with relaxing around old Aunt Cheryl while she asks you for the 43rd time when you’re getting a boyfriend.