I hope I never find out how hungry I need to be to eat a 750-calorie bacon-topped burger sandwiched between two pieces of fried chicken.

As far as I’m concerned, that’s enough food for three people! But KFC Korea disagrees. And apparently so does much of the planet, as the KFC Zinger Double Down King is making headlines all around the world. 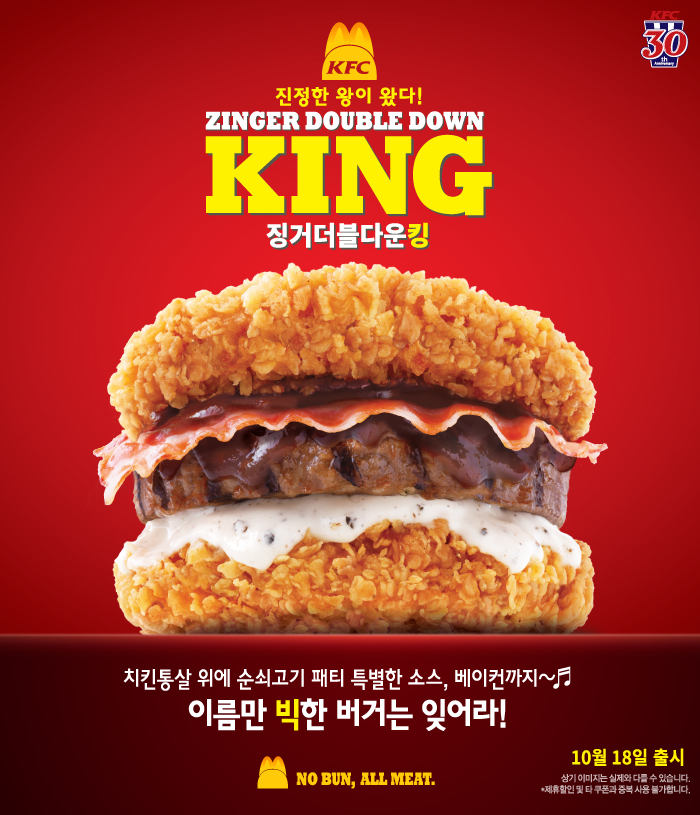 Slathered in creamy sauce, this burger (a steal at $6) forgoes buns in favor of two pieces of fried Zinger chicken breasts. It follows on the heels of KFC USA’s humble (in comparison) Double Down — bacon, two cheeses and Colonel’s secret sauce, mashed between two pieces of Original Recipe Fried Chicken.

It might only be available in Korea currently, but due to demand, I have a feeling it may find its way to American menus soon.

I want this with double bacon. In my face RIGHT NOW. Hey @kfc, why do South Koreans get all the fun?! WE WANT IT TOO! pic.twitter.com/62eLJCXzQC

Get me a ticket to South Korea. I think I'm in LOVE. #DoubleDown #RedEye

@kfc why does Korea get all the good stuff? #zingerdoubledownking

KFC might be trying to kill the American people. #ZingerDoubleDown

Would you try the Zinger Double Down King?