I don’t get outraged by many foods. As a food editor, I pride myself on being open minded and trying all kinds of different foods all the time.

I’ve had Brazilian ants before (they were mostly crunchy), and I even had an open mind about Pumpkin Spice Oreos (see what I thought, very honestly). But when it comes to an 8-foot, 27-pound python gummy candy, I just can’t deal.

It’s not even the fact that this thing is majorly creepy — and yes, it is quite creepy — but I’m even wondering why (and how) we would ever need such a thing. I love eating gummy bears and occasionally indulge in some of those sour gummy worms, but a python? How does that even work?

Created by St. Louis-based company Vat19, a site dedicated to selling “curiously awesome” products, the Party Python tips the scale at 27 pounds, is nearly 8 feet long and, worst of all, packs over 36,000 calories. 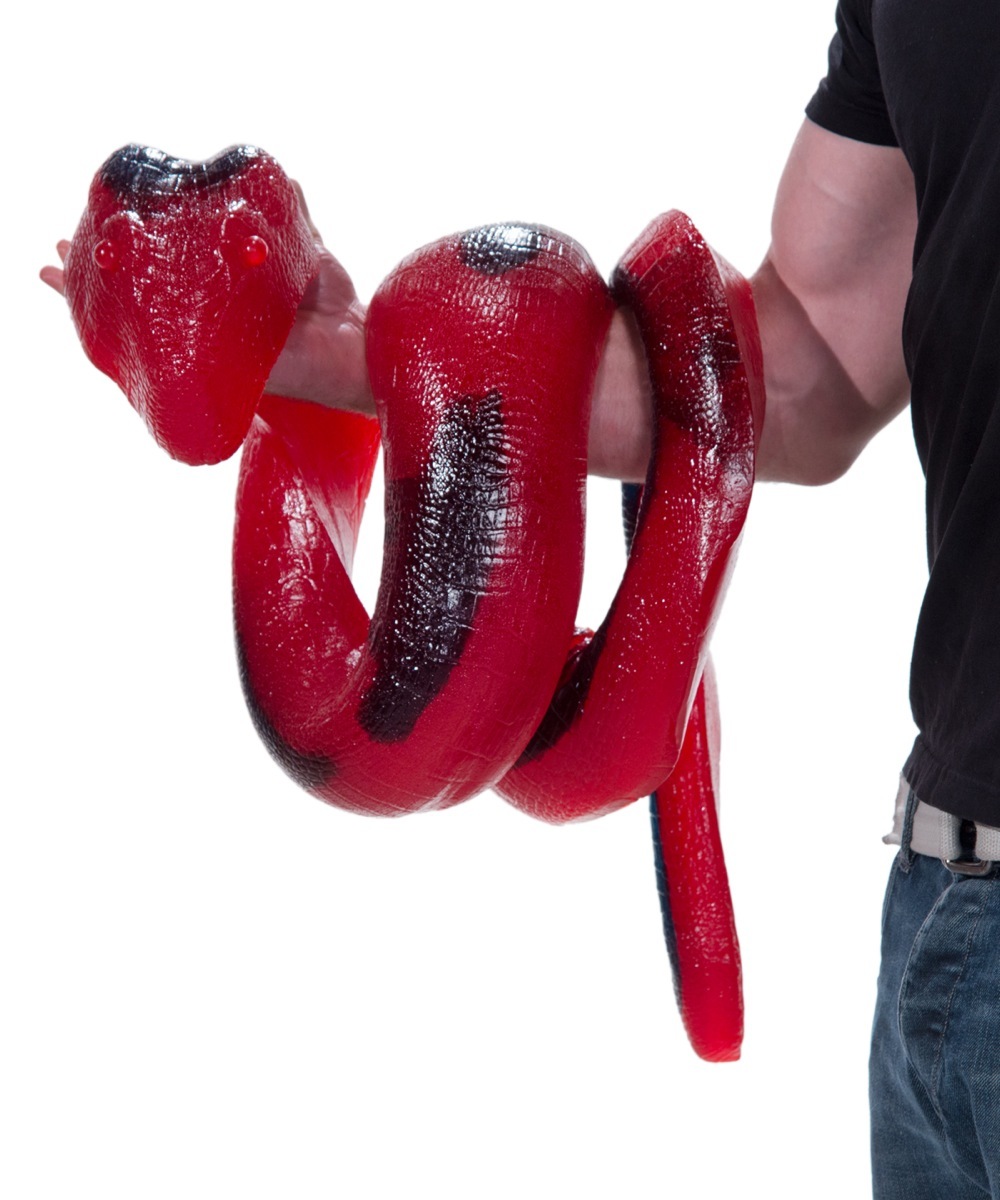 Sure, it’s got intricate creepy eyes and extensive coloring, but I fail to see how this scaled snake candy is anything more than just a ridiculous gimmick to supposedly wow party guests that, let’s face it, is really only going to shock and annoy everyone.

Personally, I’m still trying to figure out how I could possibly bite into this thing. In the meantime, let’s just agree that it’s a weird, gross, way-too-many-calories waste of perfectly good gummy candy material. I’ll stick to the good old-fashioned variety instead, thank you very much.

Disney just took your wedding cake to an epic level
We are all obsessed with pumpkin, and Twitter can prove it
This pepperoni pizza cake is so wrong, it’s right